When deciding the official namesake of a new underwater species, a scientist could draw on many traits— the physical appearance of the fish, an unusual behavior, a passing resemblance to something or someone, or just a random collection of words that happen to sound right together. Check out these unconventional species that are just as strange as their name implies. 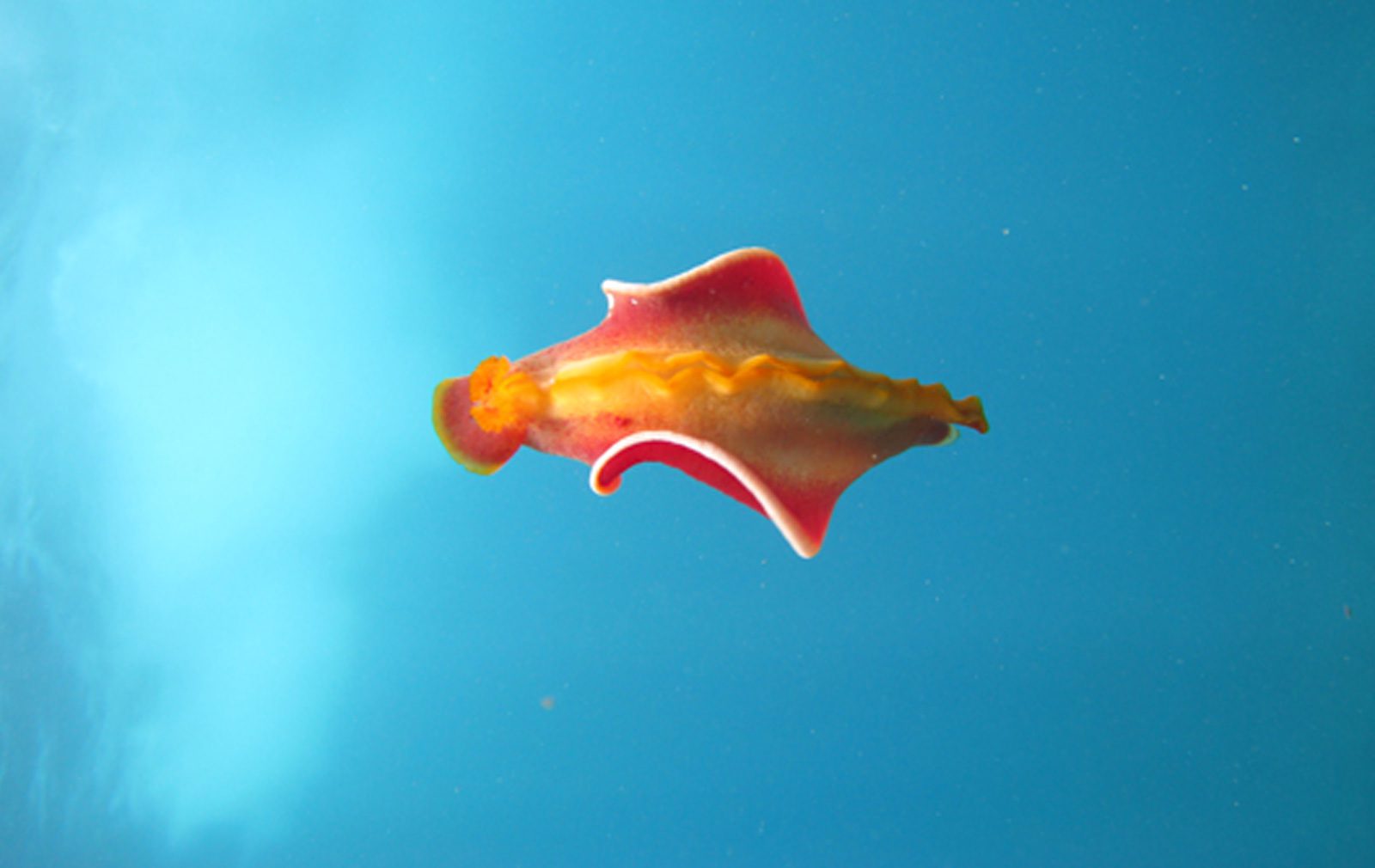 Could this little guy be a fan of Dirty Dancing, or is he just naturally that good at movement? It turns out this sea slug’s name actually comes from its resemblance to flamenco dancers when the slug is threatened. When faced with predators, the spanish dancer will violently flap its external gills and other appendages, revealing its brightest colors. This behavior reminded observers of the traditional flamenco dancer, thus earning it’s equally-colorful name.

The Spanish Dancer is the largest nudibranch in the sea and their bright hues serve to warn predators of their foul taste potential toxicity. Even their eggs contain a dose of defense chemicals and stand-out colors that ward off potential egg predators. Despite its playful name, these sea slugs are not to be messed with. 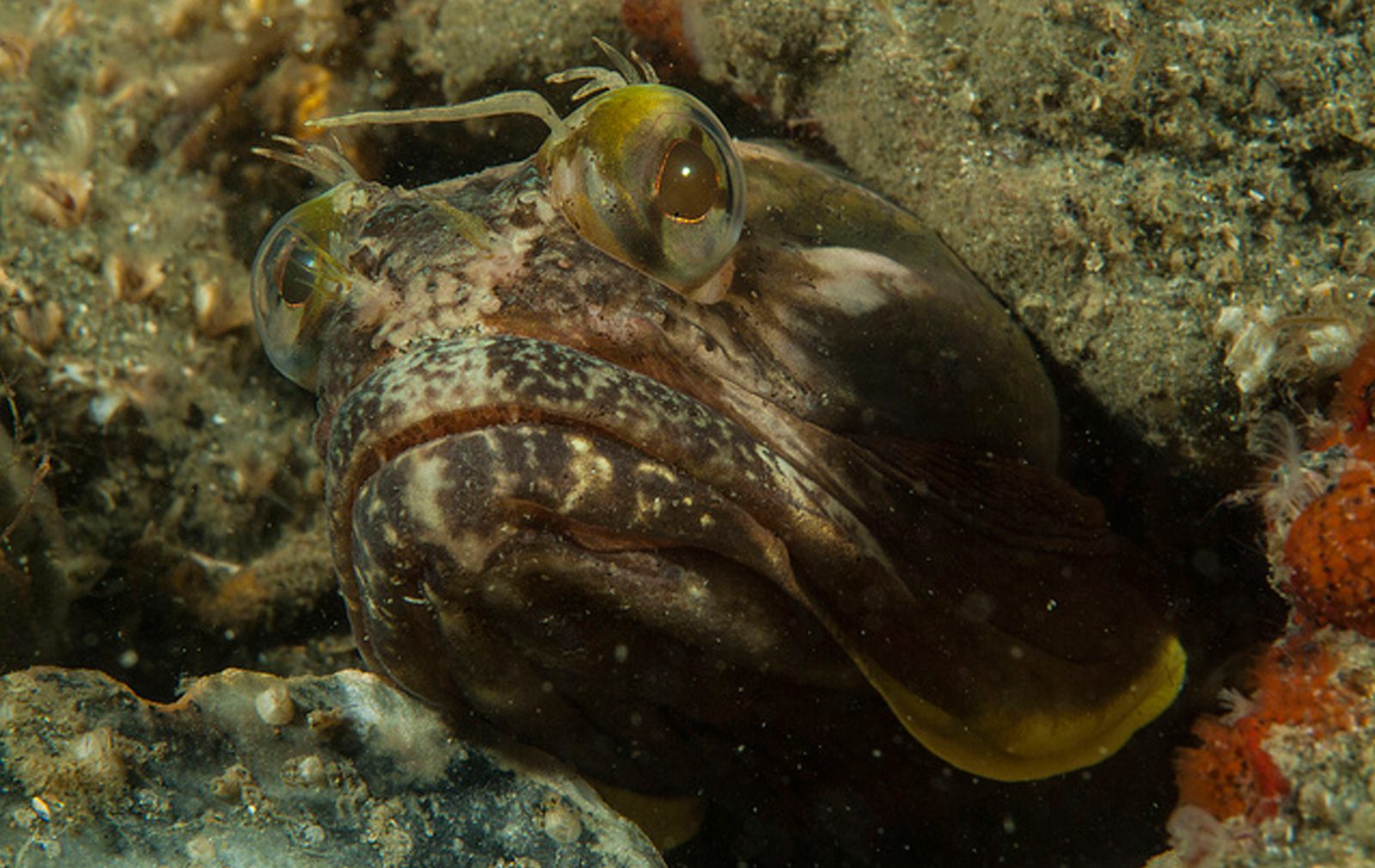 If you ever wanted to find the joker of the ocean, well, this may still not be it. Little is known about this fish’s funny-sounding name, but it’s unusual predatory behaviors during mating are definitely no laughing matter. Combating males engage in incredible bouts of intense competition when defending territories and selecting a female mate. Male sarcastic fringeheads open their extremely large mouths (which may be four times as large as when closed), revealing an intimidating coloration and establishing dominance. 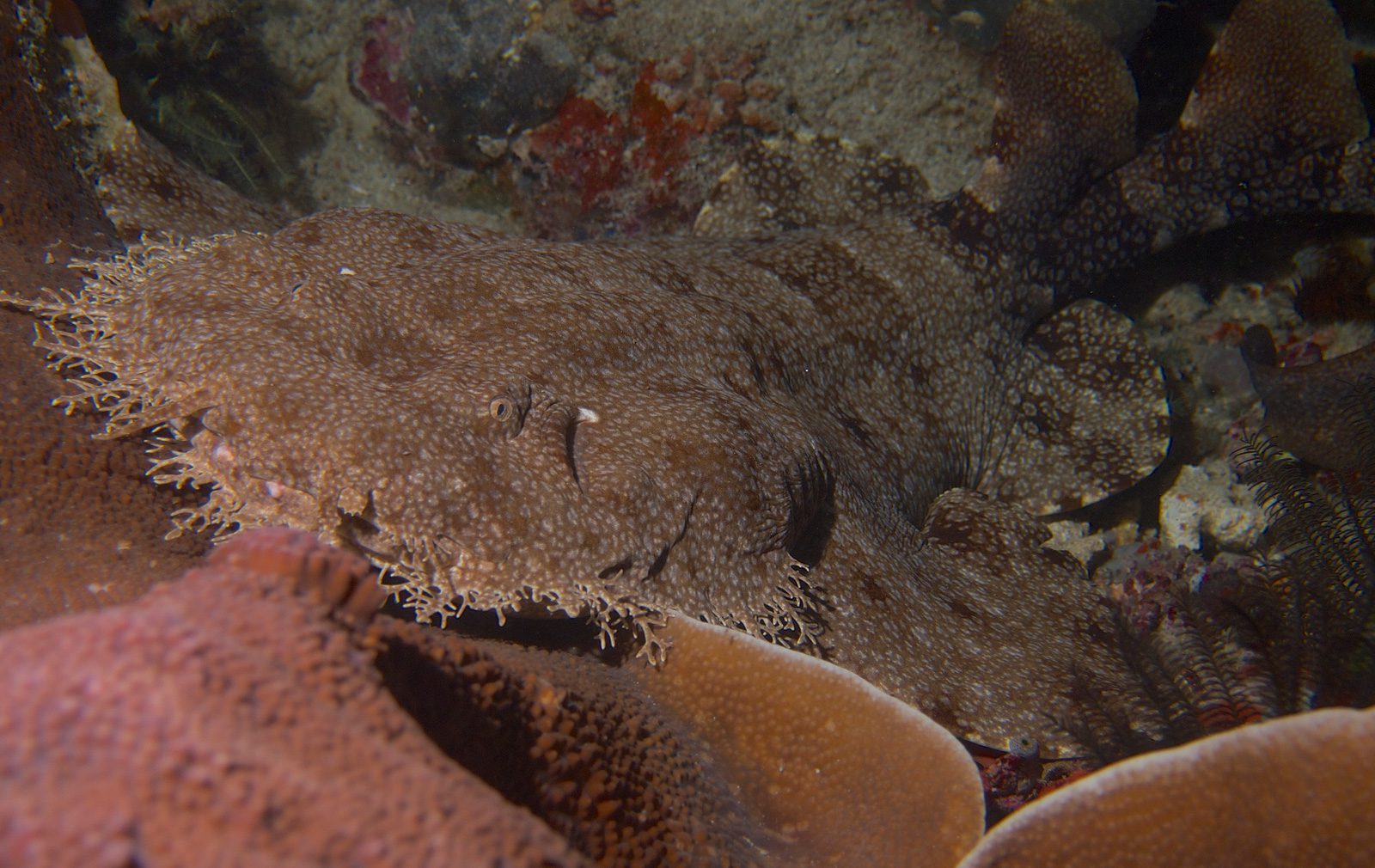 Blink and you just might miss it. This shark is a master in disguise even though its name could stand out in a crowd. The tasselled wobbegong  is a well-camouflaged shark known for resting motionless on the seafloor, making it a specialized sit and wait predator. When passersby swim a little close for comfort, it’s not long until they are victim to the shark’s powerful jaws and jagged teeth. And just what does this shark like to eat? – other sharks. Scientists were shocked when they captured footage of a tasselled wobbegong inhaling an almost full-grown brown-banded bamboo shark. Consider this a warning to all sharks living in Australian coral reefs (but, don’t worry, this particular species is not known to be aggressive towards humans!) 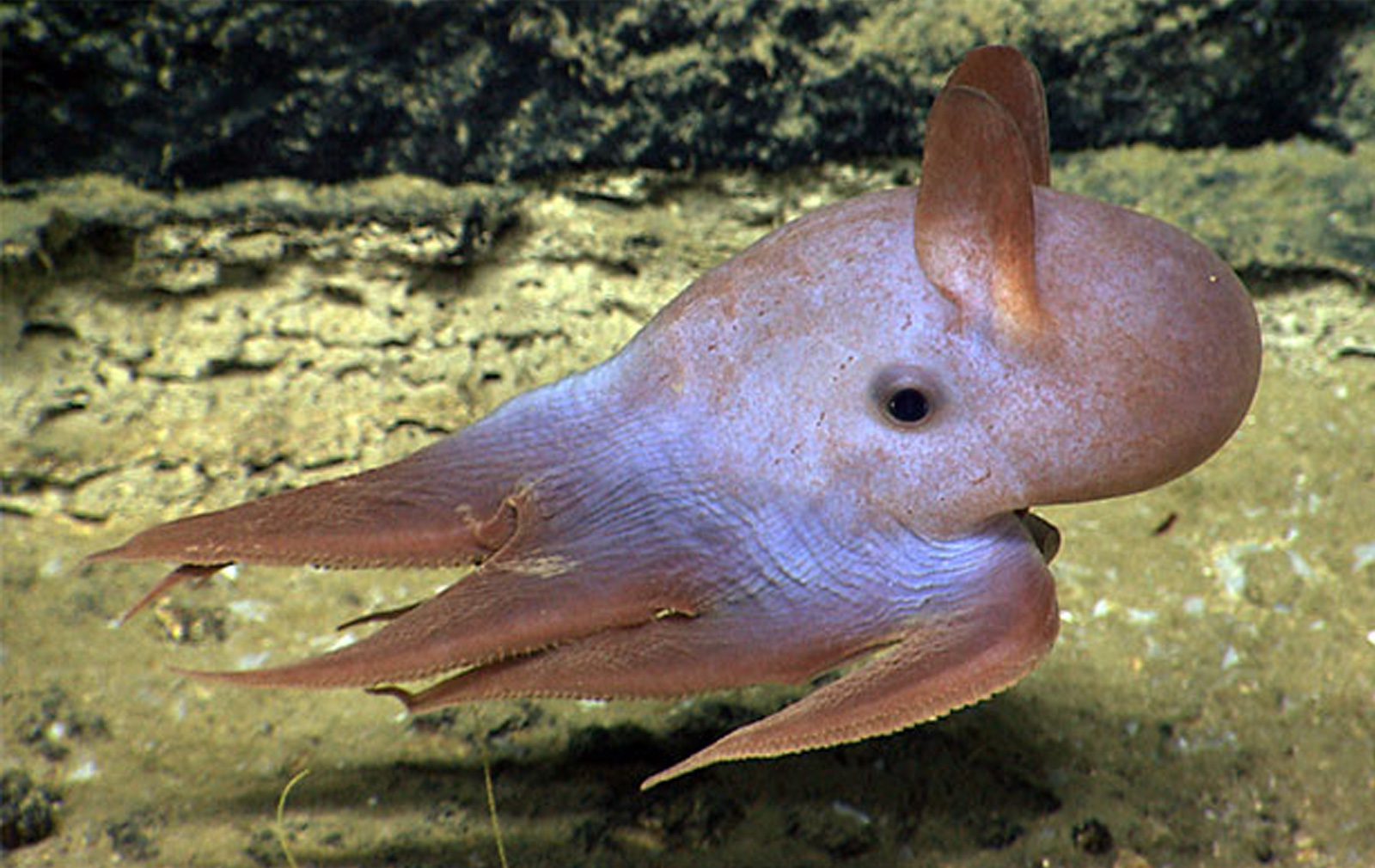 These lil’ guys know that what makes you different is actually what makes you special. This genus of deep-sea umbrella octopuses are named after the infamous Dumbo the elephant for its prominent fins resembling the Disney character’s ears. Albeit small in size, dumbo octopuses have achieved great feats, like being the deepest living of all known octopuses, reaching depths of at least 13,100 feet. Dumbo octopuses are very rare, as they live largely in the dark, away from any sunlight and in chilly waters. We imagine it can sometimes be a lonely life, but they are prepared to reproduce whenever they come across the right mate. 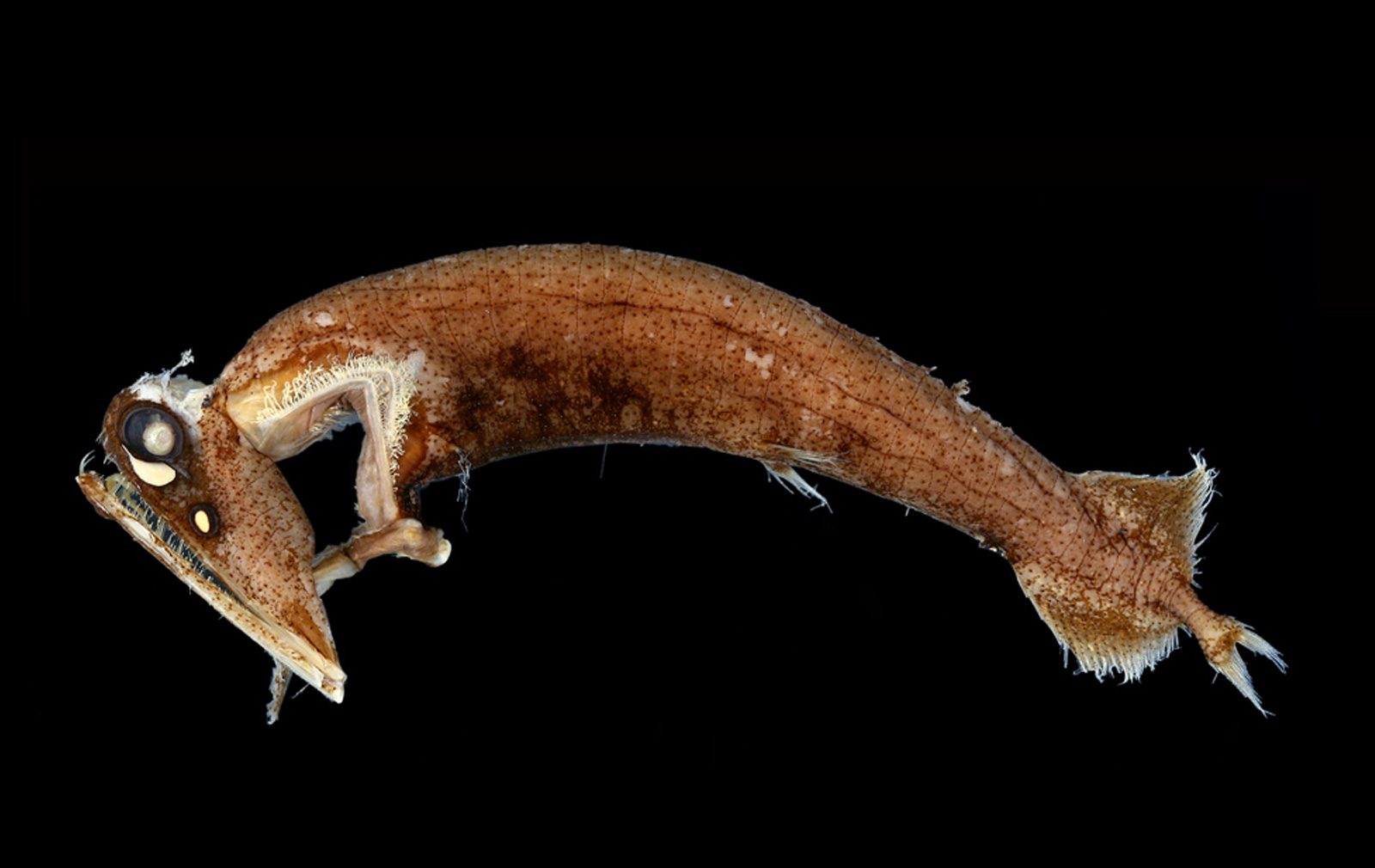 The origin of this fish’s name is quite literal— two light-producing organs act as their spotlights below each eye, and their jaws are seemingly hinged in multiple places. And both of these unusual characteristics serve the spotlight loosejaw fish well. These fish can open their mouth extremely wide and swing their jaw down and out in order to snare large prey, while their light organs, one red and one green like a traffic light, allows them to better see and attack.

Since this fish lives well below the surface in dark waters, its light organs are very valuable for survival, especially the red organ as most species at deep depths cannot see red light. They use long, needle-like teeth to grab their meal, usually small fish and crustaceans as the spotlight loosejaw only grows to just under one foot in length. Though not impressive in size, they definitely live up to their special name.