A National Shark Fin Ban Could Have a Surprising Benefit: Helping Protect Diners from Dementia

A bill introduced to Congress last Thursday aims to make it illegal to buy or sell shark fins in the United States. A nationwide ban would be a big boon for these top predators — fins from as many as 73 million sharks end up in the fin trade every year. But taking fins off store shelves and restaurant menus could also eliminate a human health risk. That’s because shark fins can contain high doses of neurotoxins linked to Alzheimer’s, Parkinson’s and other degenerative brain diseases.

In China and other Asian countries, shark fin soup is a popular status symbol for the region’s expanding middle class. Sold for upwards of $1,000 per kilogram ($2,200 per pound), dried shark fin is considered a remedy for poor appetite and low energy. But as several studies have found, fans of shark fin soups, powders and supplements might be getting more than they paid for.

A 2012 study of fins from seven species of shark found a neurotoxin known as BMAA in 80 percent of 29 samples. A follow-up study in 2016 discovered BMAA in 87 percent of 55 fin and meat samples spanning 10 different species.

BMAA may be a risk factor for several degenerative brain disorders including Alzheimer’s, Parkinson’s and Lou Gehrig’s disease, or ALS. The Chamorro people of Guam, who are exposed to BMAA from symbiotic bacteria living on a local palm species, suffer from usually high rates of paralysis and dementia. And tests of donated brains at the University of Miami’s “brain bank” have found high levels of BMAA in patients who suffered from Alzheimer’s and ALS.

BMAA is manufactured by common aquatic microbes called cyanobacteria. The toxins from these bacteria build up in the flesh of filter and bottom-feeding ocean animals, which are then passed on to the predators that eat them. “You see such high levels in sharks because it gets more concentrated as you move up the food web,” said Neil Hammerschlag, a shark researcher at the University of Miami.

Hammerschlag explained that a given shark’s BMAA levels are tied to its species, diet and location. A shark that lives in waters polluted by agricultural runoff — which can spur harmful cyanobacteria “blooms” — is more likely to consume plenty of BMAA-tainted prey. 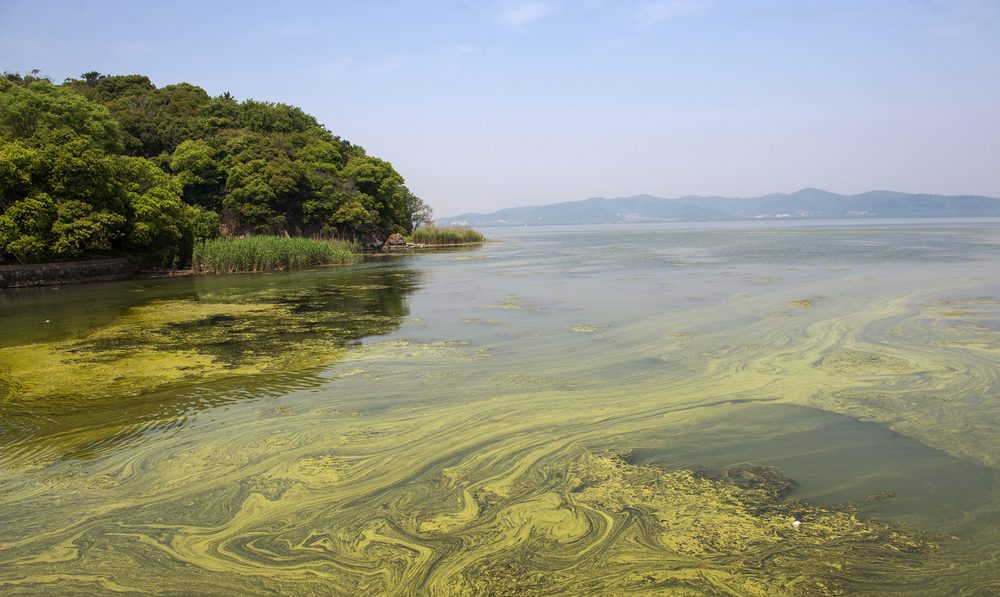 While BMAA can occur throughout a shark’s body, fins may be riskier to eat than fillets. In 2012, Hammerschlag and other University of Miami researchers compared BMAA concentrations in the organs, meat and fins of several hammerheads caught by recreational fishers. The team found that this toxin averaged just 58 nanograms per milligram of muscle, but shot up to 1,028 nanograms per milligram in fins.

Even if shark fins don’t contain enough BMAA to sicken consumers, it might magnify the effects of another neurotoxin: Mercury. A 2012 study found that BMAA and mercury may act synergistically to interfere with a vital molecule that helps repair cell damage.

On its own, mercury is linked to low IQ, seizures and other neurological disorders. This toxic metal can accumulate in dangerous levels in large-bodied ocean predators — which is why the FDA recommends that pregnant and breastfeeding women and children avoid eating sharks, swordfish and certain kinds of tuna. Fetuses, infants and children are at particular risk because their developing brains are more sensitive to disruptions from mercury and other neurotoxins.

Diners who enjoy shark fin soup are “absolutely consuming compounds that have toxins linked with development of neurological disease,” Hammerschlag said, and compared the risk to smoking. There’s a clear link between smoking and cancers, though the individual likelihood of developing lung or mouth cancer varies depending on genes, diet, and other factors. The prudent choice for both shark fins and cigarettes, Hammerschlag said, is to avoid them.

The global demand for shark fins is one of the main culprits behind massive declines in dozens of shark species. Right now, the sale of fins is banned in 11 states including California, New York and Hawaii. However, state-level bans do not bar the import of foreign-caught shark products into the United States. And while U.S. fishers have been barred from finning sharks at-sea since 2000, it remains legal in many states to detach and sell the fins once the shark has been brought to shore.

“The demand for shark fins is particularly harmful for sharks threatened with extinction,” said Lora Snyder, Oceana’s campaign director. “And it’s becoming clear that eating fins might also pose serious health risks. It’s time once and for all that the U.S. enacts a nationwide fin ban.”