The ocean is a vast reserve of untapped potential. It has the power to feed a billion people, create countless jobs in the tourism and fishing sectors, and even offset the effects of climate change. But this can only happen if we protect it from a slew of serious threats, including overfishing, plastic pollution, and habitat destruction.

How can we bridge that divide and develop the ocean economy without hurting the ocean itself? This is a question Oceana Science Advisor Dr. Jessica Gephart has grappled with in her work. In addition to serving as an Assistant Professor of Environmental Science at American University in Washington, D.C., she studies the globalization of seafood and its intersection with food security and environmental conservation. In a recent conversation with Oceana, here’s what she had to say about the opportunities and challenges facing the ocean and its resources.

Oceana: The “blue economy” has become a hot topic at many high-level ocean summits. However, it’s a relatively new term, and different organizations have defined it in different ways. What does “blue economy” mean to you?

Gephart: I haven’t compared what the different definitions are, but I think the way I would use the term is to refer to all of the economic and livelihood sectors that depend on aquatic resources. This means that it doesn’t just refer to the extractive uses, but also to the processing and non-extractive uses, such as tourism. The term “blue economy” also generally seems to refer to a sustainable use of these resources, akin to the green economy.

My work focuses specifically on the food system aspects, which would include the production of all aquatic plants and animals, as well as the processing and distribution of those foods, through both formal and informal market settings. This food systems approach aligns well with a blue economy definition that is inclusive of the diverse uses and users of aquatic resources.

To what extent should sustainability factor into conversations surrounding the ocean economy? 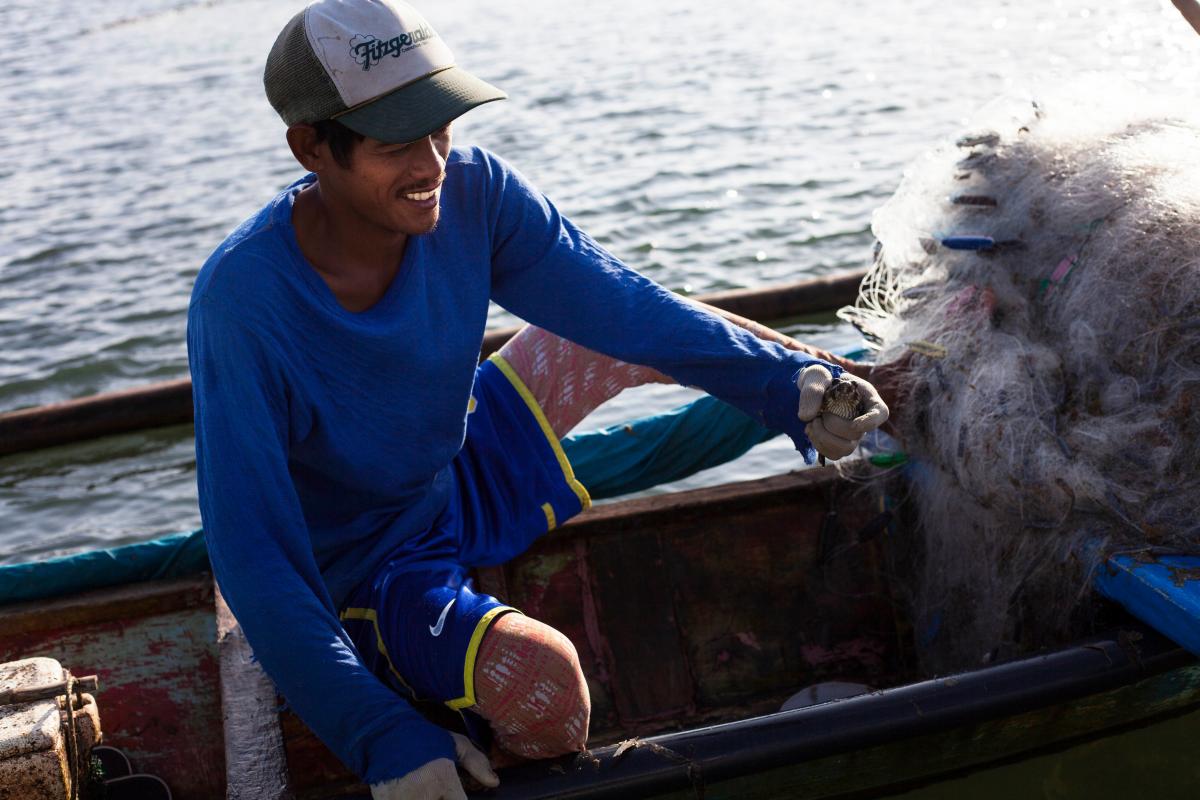 What role do you think Oceana plays in moving the world closer to a sustainable ocean economy?

From my perspective, Oceana’s “Save the oceans, feed the world” framework mirrors the goal of a sustainable ocean economy. It breaks from some past conservation approaches of optimizing for conservation alone and looks for opportunities for co-benefits between conservation and food security goals. Within that is a recognition of the important role seafood plays in global nutrition and that this does not necessarily need to be a tradeoff with conservation, particularly in places where people are most reliant on seafood.

For those of us working in the ocean sphere, we often hear about small island developing states (SIDS) in the context of fisheries management. What makes these countries unique?

SIDS are important because they sit at the intersection of having high marine biodiversity, managing globally important fisheries, and relying on seafood for nutrition. Since SIDS have relatively little arable land, but vast ocean resources, traditional diets include high amounts of seafood. Sustainably managing these ocean resources is therefore important for local consumption and for the contribution of these resources to the national economies.

I understand that you and fellow Oceana Science Advisor Chris Golden are currently studying ocean conditions and food systems in Kiribati, a small island country in the Pacific. What are you hoping to learn there?

Our project in Kiribati aims to understand the role of healthy ecosystems in maintaining healthy diets. By surveying 30 villages across 10 islands in Kiribati with a spectrum of reef health and market access, we are trying to identify the ecological, economic, and governance conditions that lead to positive health outcomes. 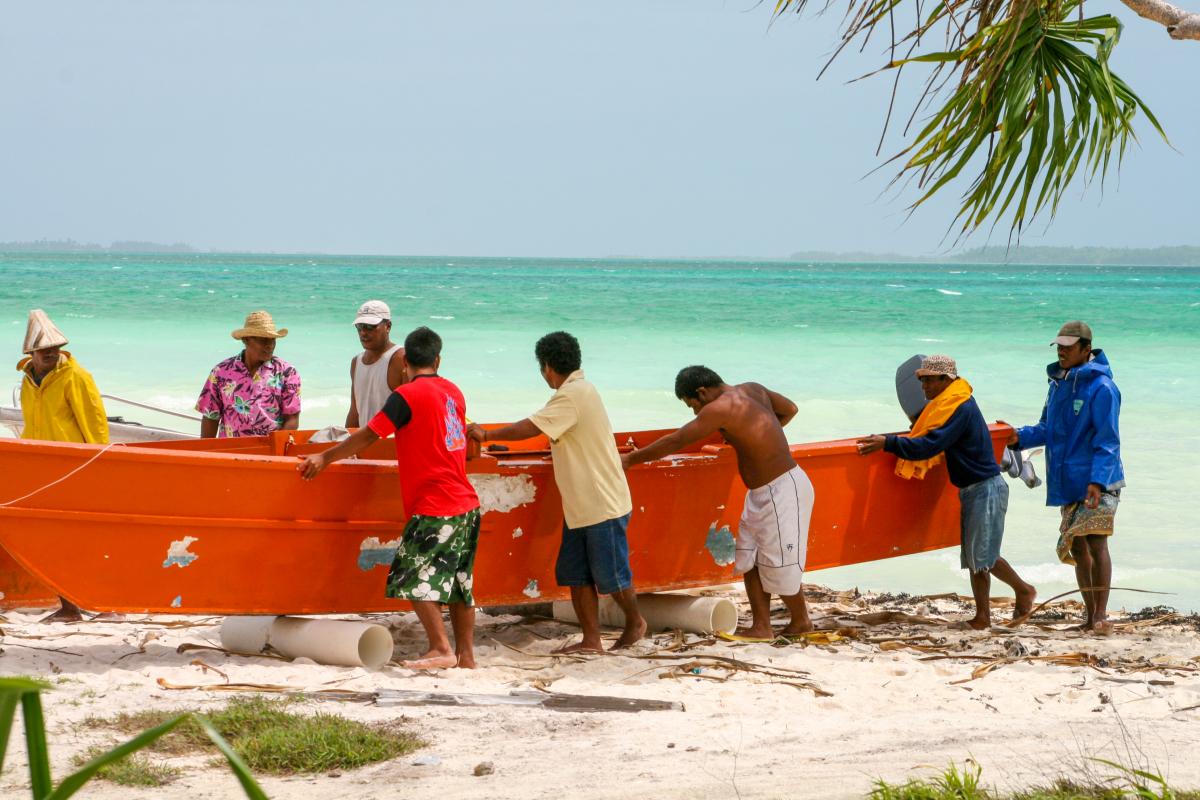 You have also researched the U.S. seafood industry. In particular, you co-authored a study that cast doubt on the government-cited statistic that “90% of seafood consumed in the U.S. is imported.” What did you find was a better representation of the amount of seafood we import?

I had heard that 90% statistic many times while working on seafood trade, but I couldn’t figure out where the number came from and I couldn’t replicate it. When I finally got to the bottom of how the number was calculated, I found that the main thing driving the difference was a fairly boring issue of what are known as “live weight conversion factors.” Since turning a tuna into canned tuna causes a loss of mass, live weight conversion factors are just the numbers you apply to convert a processed product back to its live weight equivalent. By comparing the landed or farmed weight of seafood with the traded commodity weights, we can calculate the apparent consumption of seafood. Differences in how these values are converted create the largest disparities in the percentage of estimated consumption from imports.

The second issue is that the statistic is often used to imply that all of the imported seafood is landed in foreign waters. However, some U.S. seafood is exported for processing and then imported again. While it is recorded as a foreign import, it was really a U.S.-landed fish. When we applied live weight conversion factors that are used in international databases and include data for more products and adjusted for foreign processing, we found the amount of imported foreign seafood consumed in the U.S. to be around 62-65%.

Why is it important to provide a more accurate picture of seafood imports and exports?

The sustainability of stocks varies around the world, so it is important to know where seafood is coming from in order to craft policies that promote sustainable fisheries management. Updating the 90% statistic is important because that estimate implies that the vast majority of seafood consumed in the U.S. is foreign, leaving only 10% as domestic. 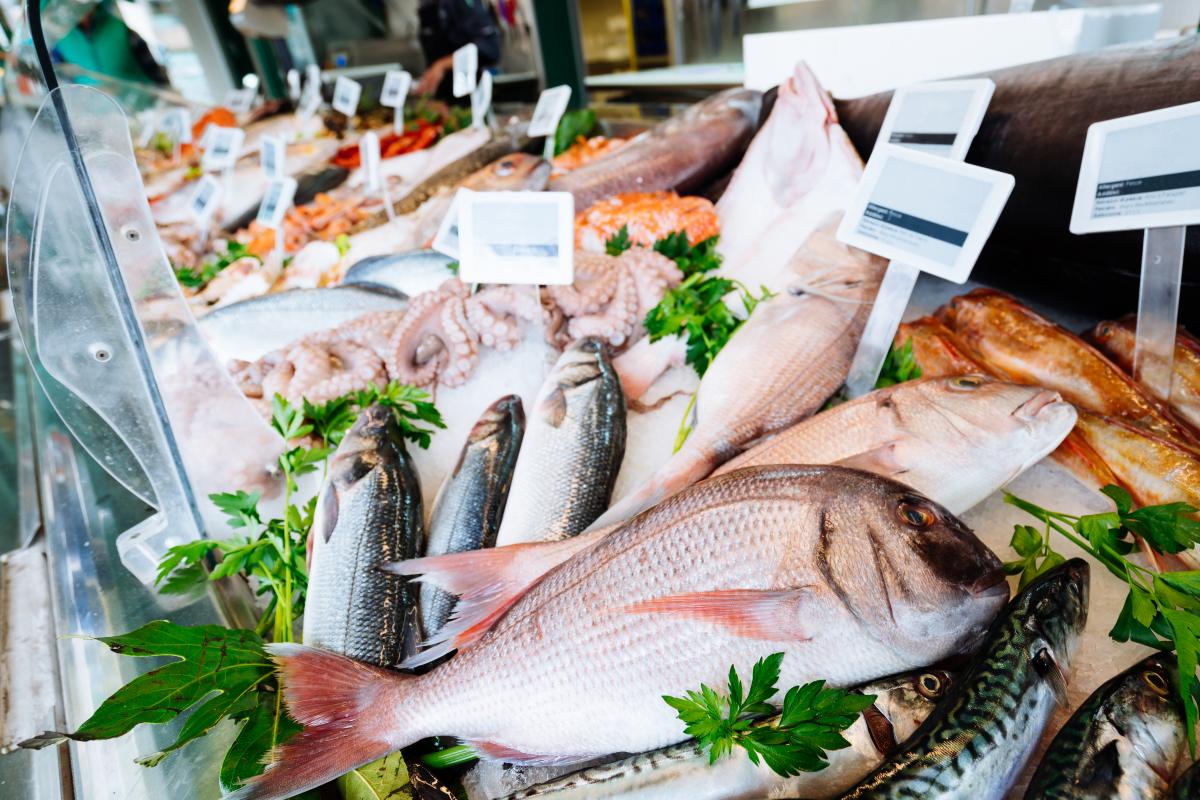 Some media outlets have reported that seafood is the most traded food commodity in the world. Is this accurate, and if so, what does the “seafood” category include?

Interestingly, I have wondered and have been asked about this before. I have also used the point, citing 2015 research, led by Frank Asche, which states that seafood is among the most traded food commodities by value. One complication is that these kinds of rankings are very dependent on how things are grouped. Seafood is a broad grouping and I suspect if you had similarly broad groupings for product categories like “grains,” then the ranking would change.

In the Asche et al. paper, they compare seafood trade to the aggregate value of other groups, which helps put it in perspective (“exceeding the combined trade value of sugar, maize, coffee, rice, and cocoa”). I can’t tell from the paper itself which products are exactly included. I often pair this point with a point about the increase in global seafood trade, which roughly doubled (in terms of value and quantity) from 1994 to 2012. Since the product grouping stays the same, it isn’t vulnerable to the same grouping and ranking issues. While there may be room to debate the exact ranking, the data certainly indicates that seafood is a very highly traded food and is becoming increasingly globalized.

One of the fundamental hurdles for studying seafood and food security in the context of a globalized system is that there is a data scale mismatch between seafood production data – reported as the live weight and in terms of species – and the trade data, which is reported as product weights and in terms of product categories. I have been working to bring together multiple data sources to estimate the global seafood trade network, resolved at the species level. By illuminating the global flow of seafood species, we expect these data will be used to monitor the evolving global seafood sector and to answer pressing questions about the role of seafood in sustainable food production and nutrition security.