‘One of the highest honors in my 19-year career with Oceana’: Jacqueline Savitz, Chief Policy Officer of North America, explains how Global Fishing Watch got started

Here’s how Oceana’s Chief Policy Officer of North America, Jacqueline Savitz, described one of those major victories – the creation of the Global Fishing Watch platform:

“Imagine the impact of having eyes in the sky that could see every fishing vessel in the world, 24 hours a day, seven days a week, 365 days per year. On top of that, those eyes could see the name and flag state of each vessel and determine when and where each vessel is fishing. Well, in a partnership with Google and Skytruth, Oceana did just that. We created a tool called Global Fishing Watch, which provided – for the first time ever – a view of fishing vessels all around the world. Anyone with an internet connection can now access this information online for free.

It all began in late 2013, when Google let us know that global vessel tracking data might be available and asked what we’d do with those data. Previously, our illegal, unreported, and unregulated (IUU) fishing analyst painstakingly tracked one vessel of interest, point by point, to determine its path and analyze its fishing patterns.

We realized that the availability of automatic identification system (AIS) data would make it possible to have a computer generate these fishing footprints for every vessel in every national fleet, globally, 24/7. We immediately shot off several examples of how we could use such a tool, along with an approach to how we could identify fishing activities. Google brought in Skytruth, a savvy non-profit with technical skills, to develop a prototype. And in 2014, the three organizations joined forces to shed some light on global fishing. 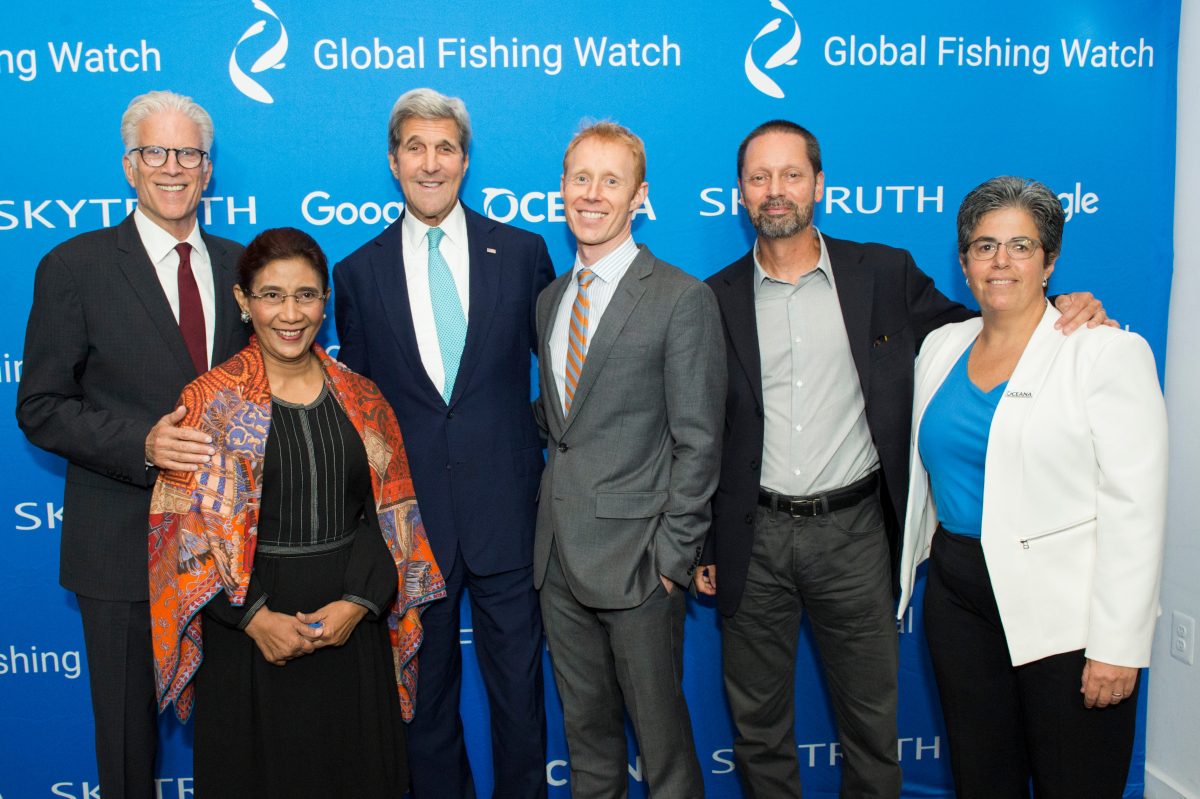 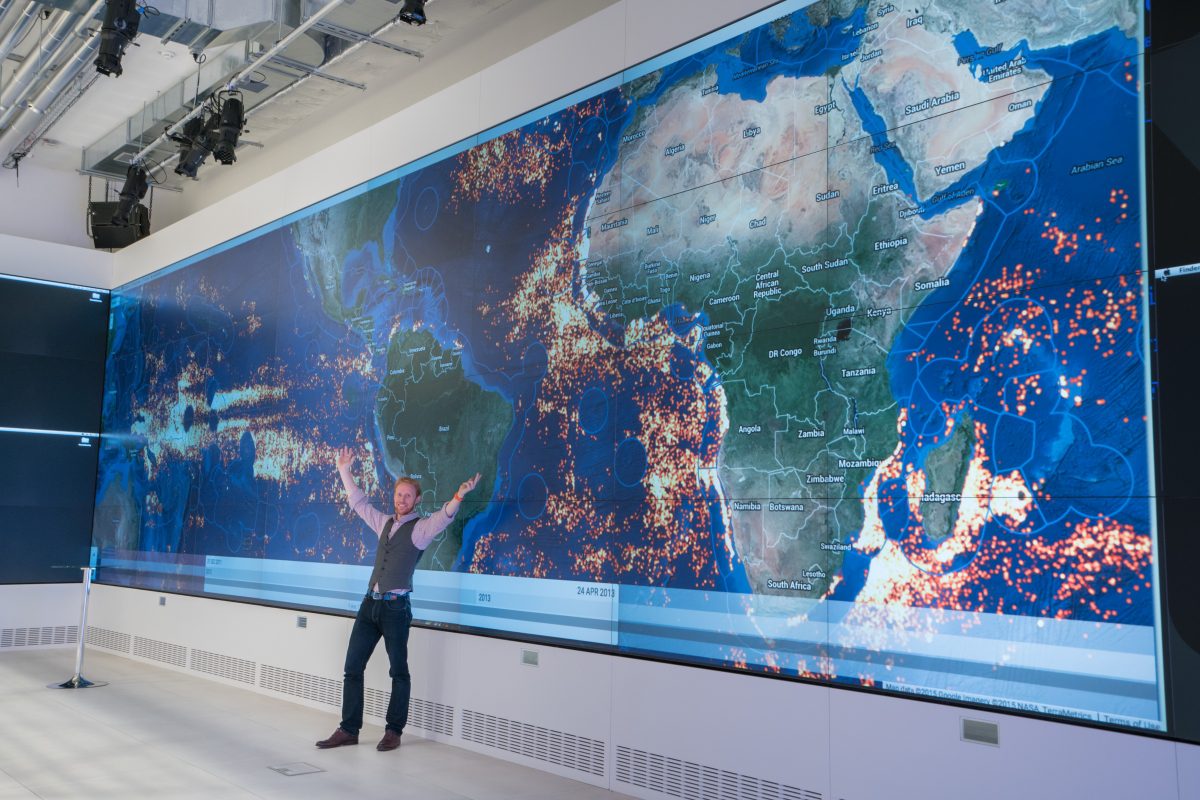 When all the data were presented, the first observation most people made was that fishing was happening pretty much everywhere in our oceans. Vessels were fishing far from their home countries, and some nations had extremely large fleets. Every time we ran a demo for someone, more ideas for how to use this platform came to light. Once it was built and launched, Oceana, Google, and Skytruth stood Global Fishing Watch up as its own organization. It achieved all of our goals and more.

It exposed the massive size and global coverage of the Chinese distant-water fishing fleet. It helped us catch illegal fishers in Kiribati, resulting in a $2 million fine. Oceana has adapted it to identify speeding vessels in areas where highly endangered North Atlantic right whales are present. We can see when vessels are avoiding detection and when they are potentially meeting up to transfer fish or other cargo – sometimes illegally.

We can even use it to determine where protected areas are needed most, ensuring that fish populations have the habitat they need for breeding, feeding, or nursing so that we can rebuild ocean abundance.

Just four years after its launch, Global Fishing Watch supports 50 staff and an $8 million budget. Its value is continuing to grow and there is no end in sight. Playing a part in creating this extremely powerful tool has been one of the highest honors in my 19-year career with Oceana.”

The big picture: One of the biggest questions of transparency is determining just how many fish are being removed from the ocean. IUU fishing complicates this question, but tools like Global Fishing Watch make that task a lot more manageable. Oceana campaigns to get more countries to make their vessel tracking data available on the Global Fishing Watch platform, and Brazil and Belize have both recently agreed to do so. Oceana also advocates for increased transparency and traceability along the seafood supply chain, and has made significant strides in this area.