Millions of tons of plastic wash into the world's oceans every year, mostly from Southeast Asia. One city's solution could point the way for the region.
Credit: AfriramPOE/Shutterstock

In the northern Philippines, in the province of Pampanga, the small city of San Fernando is leading a revolution — in trash.

Over the last two years, the once litter-covered city has transformed into a waste management leader. Today 78 percent of garbage is composted or recycled, on par with North America’s most enthusiastic waste-reducer, San Francisco. Composting and recycling keep garbage off the streets, and from tumbling into rivers and flowing out to sea. That’s an especially big deal in Southeast Asia, where millions of tons of plastic wash into the ocean every year.

San Fernando’s transformation is uniquely local, but could be a model for the region, experts say. It points the way to litter-free cities, and ultimately, plastic-free seas.

Our oceans are swimming in millions of tons of plastic trash. It’s a nasty soup of water bottles, Styrofoam cups, cigarette butts and tiny plastic fibers washed out of clothes. 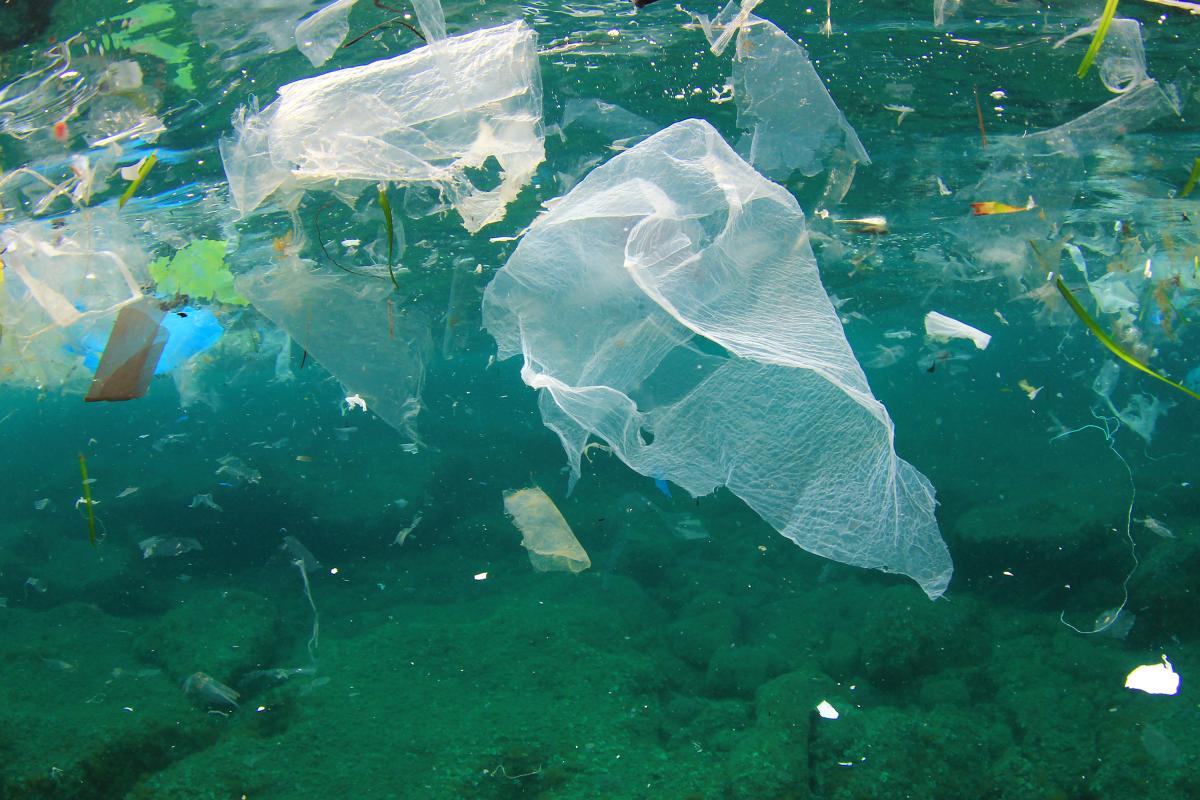 Bits of floating debris look like food to some animals. Fish, seabirds and sea turtles can sicken or die if they eat too much of it, or if a sharp piece slices up their insides. Some plastics also leach toxins, which end up in the meat of fish and shellfish. These chemicals are passed from prey to predators up the food chain, and can eventually wind up in the fish fillet on your dinner plate.

Today, it’s estimated that most of the world’s marine plastic trash comes from East and Southeast Asia. As much as 60 percent could come from just five countries: China, Indonesia, Thailand, Vietnam and the Philippines. But it’s not their fault, said plastic pollution expert Stiv Wilson, from the Story of Stuff Project in Berkeley, California.

“I am really hesitant to blame these countries,” Wilson said. The fault, as he sees it, lies with corporations.

International companies are selling more and more plastic to Southeast Asia, even in places without basic waste management. In the absence of familiar municipal waste systems, like citywide trash trucks and trash cans, most trash gets thrown outside. Plastic piles up under houses and in streets, Wilson said, then washes into rivers, onto beaches and out to sea in seasonal rains.

“If a company opens a new market, knowing there is nowhere for their waste to go other than the environment, and then we blame the people for that…” Wilson said. “That’s criminal to me.”

Regardless of blame, these countries are now saddled with a mess of plastic trash. The question isn’t just how this happened, but how to fix it.

“Our solution is to address the source,” said Froilan Grate, who spearheaded San Fernando’s trash transformation. Grate heads the nonprofit Mother Earth Foundation, which helps cities develop programs to manage their waste. For Grate, stopping ocean pollution means keeping plastic trash out of the environment in the first place. And that means rethinking waste management.

Streamlining waste may not sound exciting — it’s something we prefer to keep out of sight and mind. But the payoffs of improved trash systems can be huge.

San Fernando used to compost or recycle just 13 percent of its trash. It relied on garbage trucks to collect waste house-by-house, as is the case in North America and Europe. But hauling and transporting waste is expensive, and Southeast Asian cities often have heavy traffic and high population densities. These places often can only afford to dispatch garbage trucks to a fraction of households. San Fernando was servicing just half the city.

Enter a new model. Instead of sending trash trucks to every house, what if San Fernando sent people instead? Throughout Southeast Asia, the poor make a living by picking through trash for recyclables to sell. Grate proposed hiring them as civil servants.

Trash pickers collect food scraps and pre-sorted recyclables from every house daily and bring it all to one of 35 waste warehouses throughout San Fernando. Then garbage trucks haul from these hubs. 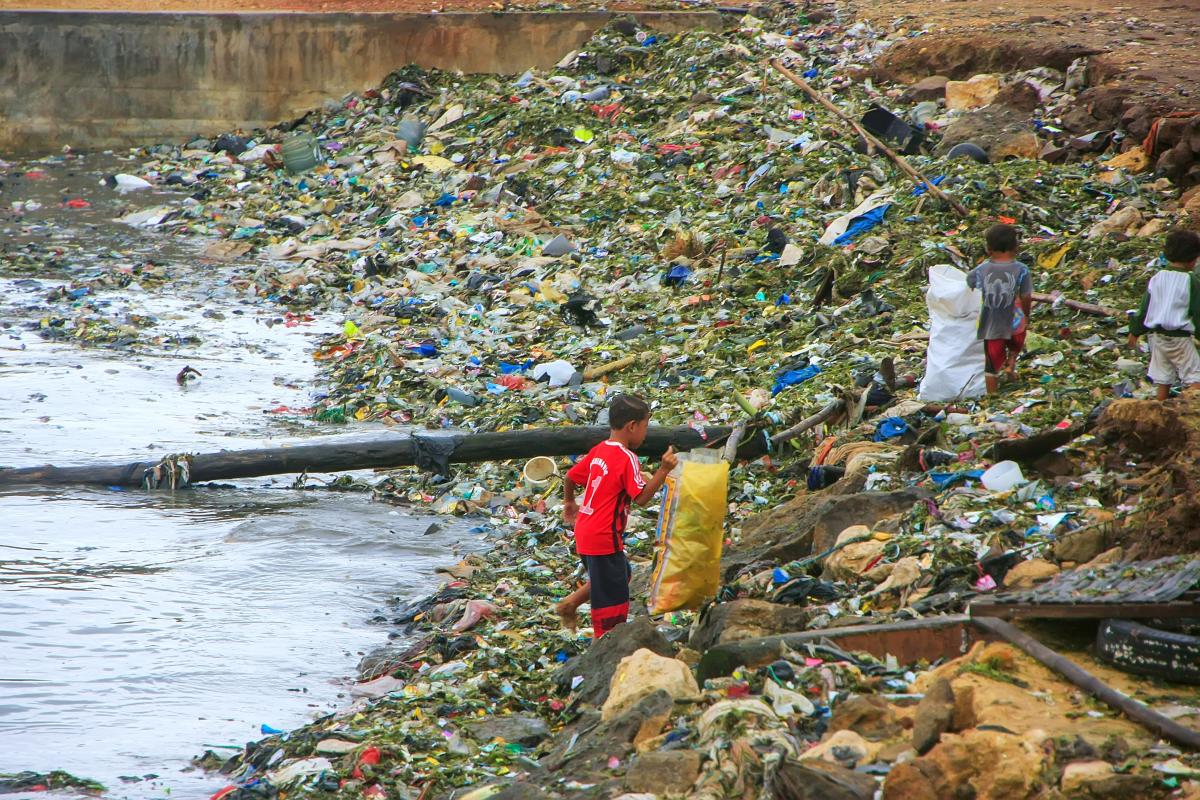 The new system is much cheaper because it’s more efficient, Grate said. It costs about 80 percent less, while dramatically reducing litter and pollution. More than 75 percent of waste gets composted or recycled now, and San Fernando ultimately aims to hit 93 percent.

The program has other benefits too. Waste workers get better pay and a more dignified job. And their work saves the city money while covering more area, Grate explained. Getting trash out of the street also prevents standing water, so there are fewer places for mosquitoes to breed. That means fewer cases of mosquito-borne diseases like dengue fever.

San Fernando’s success is an example for all Southeast Asia, Grate added. What happened there could be scaled up in other parts of the Philippines, Indonesia, Malaysia and India. All these countries have densely populated urban areas, he said, and plenty of poor waste pickers who could use better jobs as litter-fighting civil servants.

Rethinking trash collection may not be glamorous. But it’s worked. The burden can’t only fall on cities or regions, though. Even if Southeast Asia reins in its litter problem, international companies will keep making and selling more plastic. In one way or another, every country in the world is facing similar challenges in managing their plastic waste.

“People can say Asia is a source of the problem,” Grate said. “But then again, who is producing these products?”

Correction: An earlier version of this post on Sept. 14 misstated the province where the program is located. It is based in the city of San Fernando in Pampanga, not in La Union.