Each spring, thousands of the world’s smallest and most endangered sea turtle arrive at a single beach outside of Tampico, Mexico, to lay their eggs. Over 90 percent of all female Kemp’s ridley sea turtles haul themselves ashore for a mass arribada — Spanish for “arrival” — that briefly transforms Rancho Nuevo beach into a moving landscape of shells and flippers. Once the females lay their eggs and decamp for the sea, it’s up to conservationists to protect the next generation from threats both natural and human. 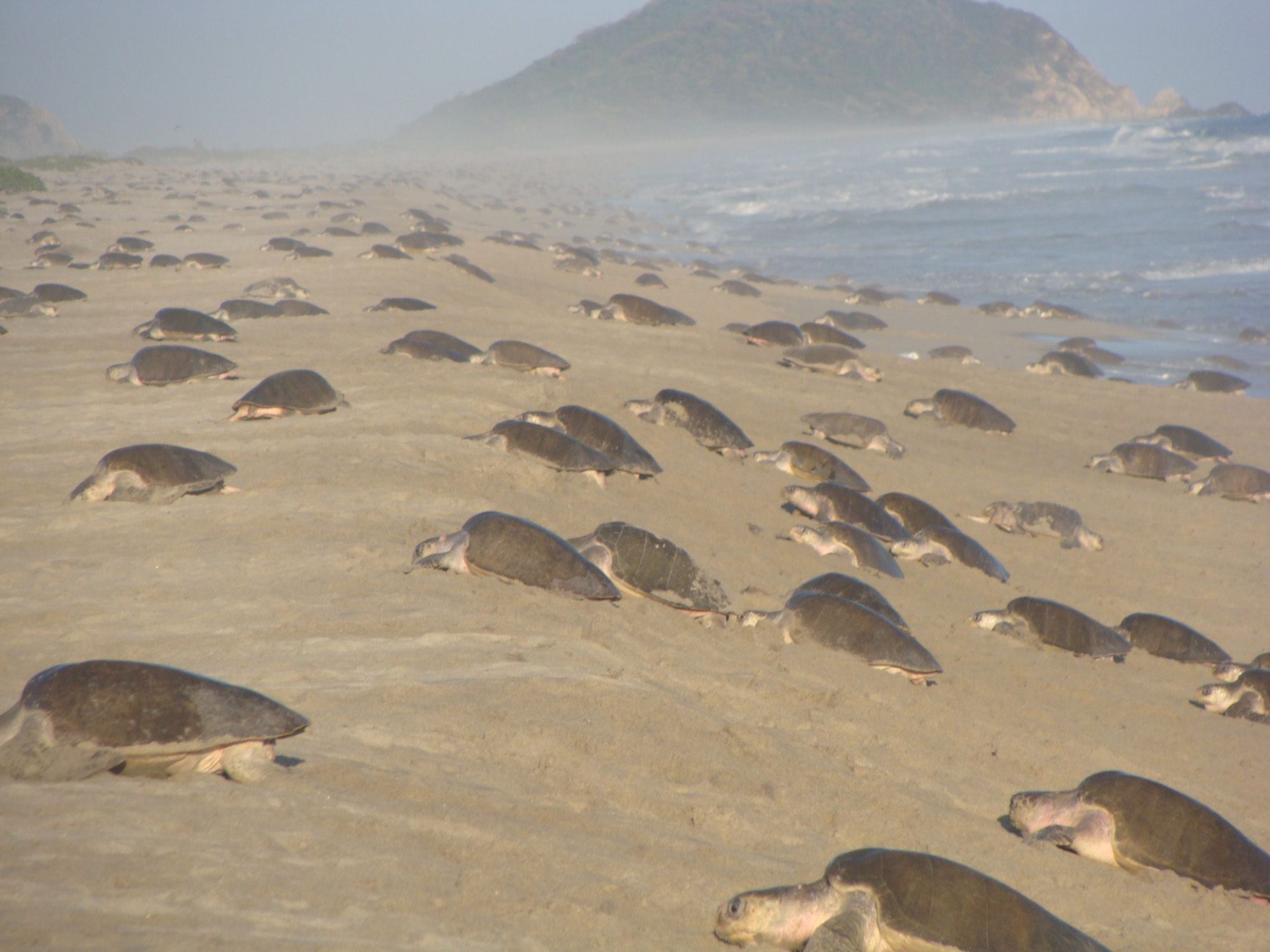 Kemp’s ridley sea turtles (Lepidochelys kempii), now critically endangered, were once abundant in the Gulf of Mexico. In 1947, over 40,000 turtles were filmed nesting on Rancho Nuevo — but 80 percent of those nests were later collected by villagers for food. By 1985, the number of nesting females on this beach was down to fewer than 250. 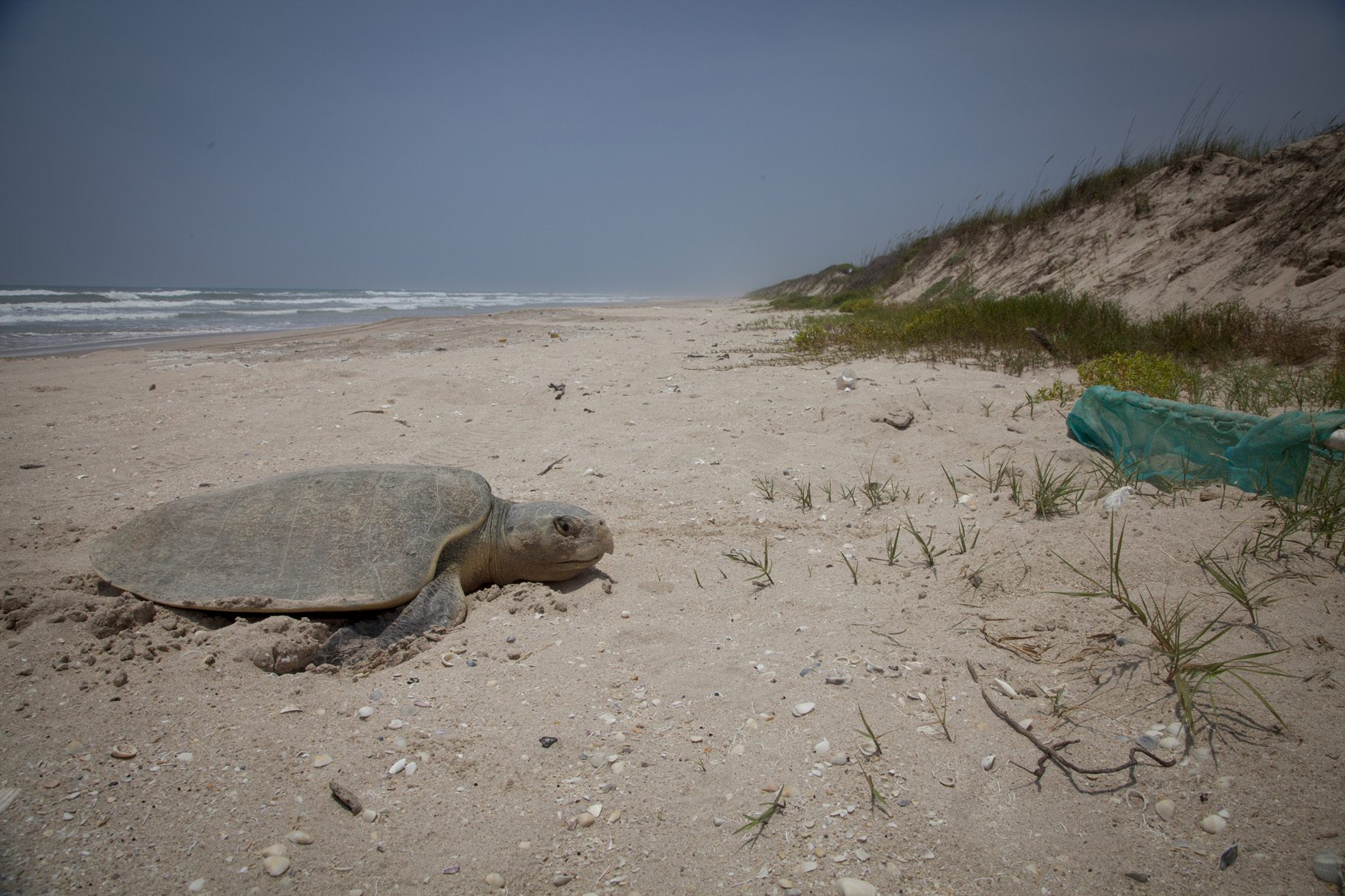 In 1966, the Mexican government began protecting nests on Rancho Nuevo. Then, in 1978, they partnered with the United States Fish and Wildlife Service for a joint conservation program. This, coupled with efforts to limit accidental turtle deaths in fishing gear, led to a slow recovery of the species beginning in the mid-1990s.

Since 2010 the number of nests has once again decreased, causing ongoing concern regarding the status of the population. 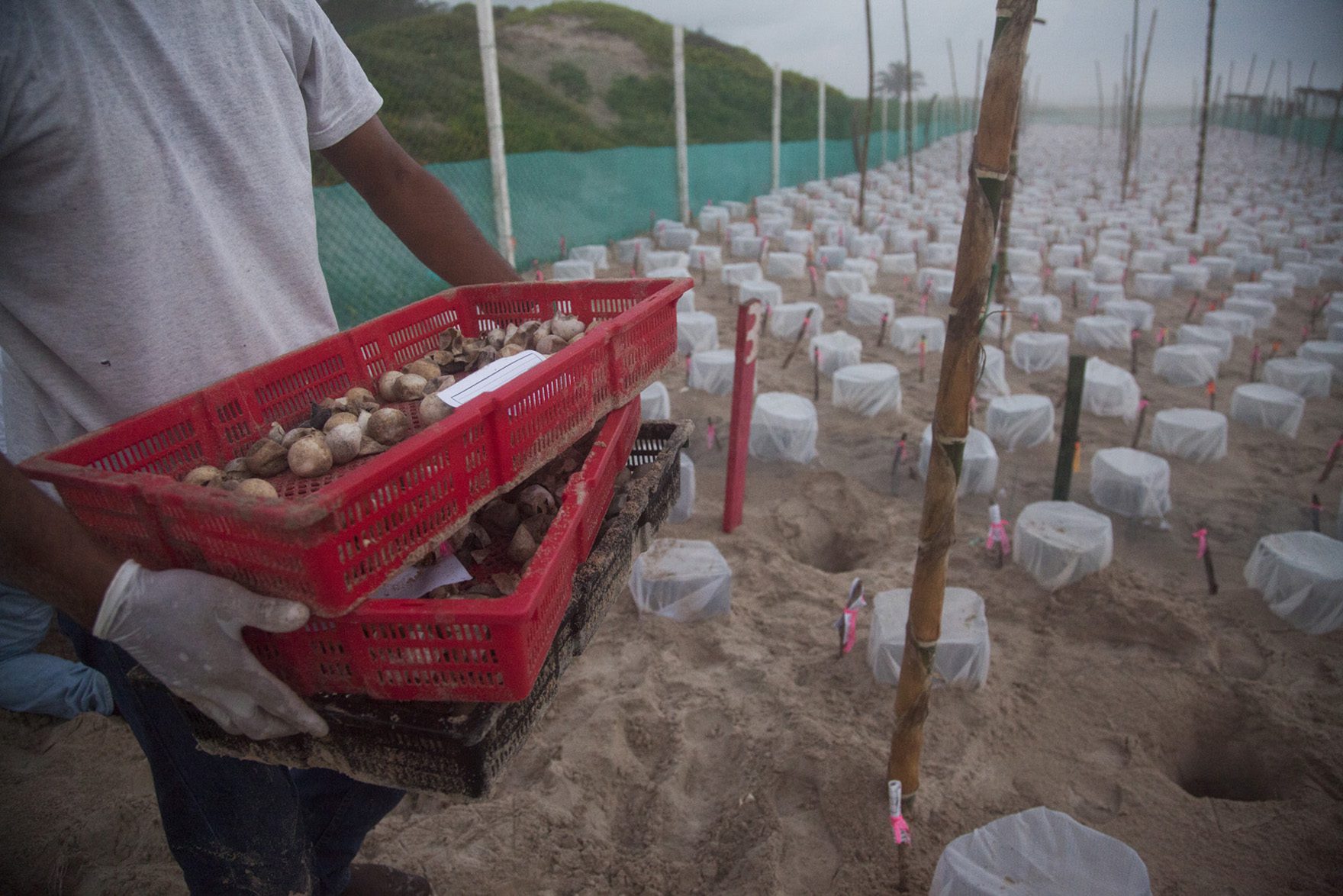 As a protected area, there is little development on Rancho Nuevo, with one dirt road connecting the beach to the highway. A 30-person staff lives and works at the camp during the nesting and hatching period from March to November. 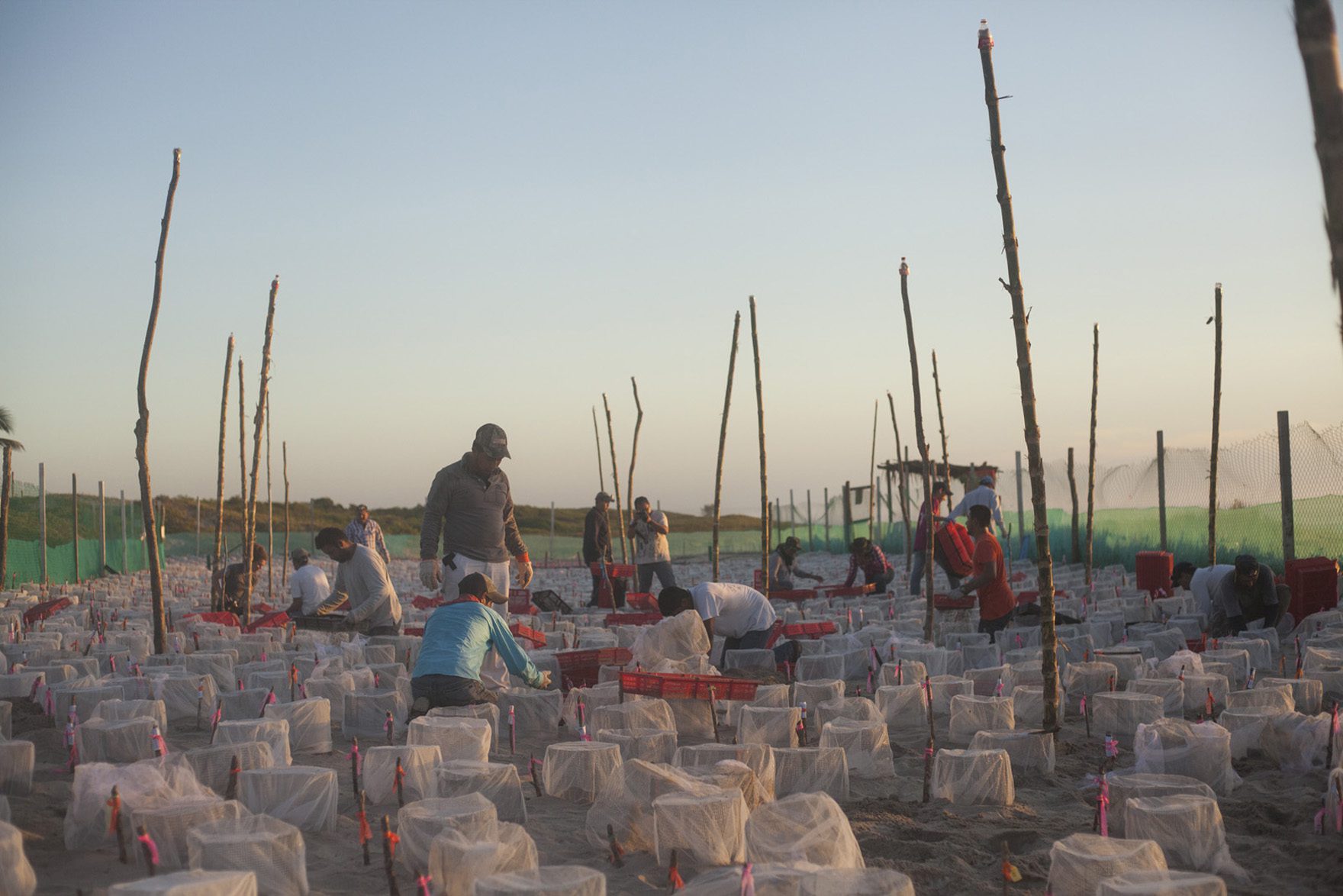 Kemp’s ridleys are unique among sea turtles for laying their eggs during the day, not at night. Staff members patrol the beach to label nests, which can contain up to a hundred eggs each. They then transport vulnerable eggs to a fenced-off area where predators like coyotes can’t reach them. 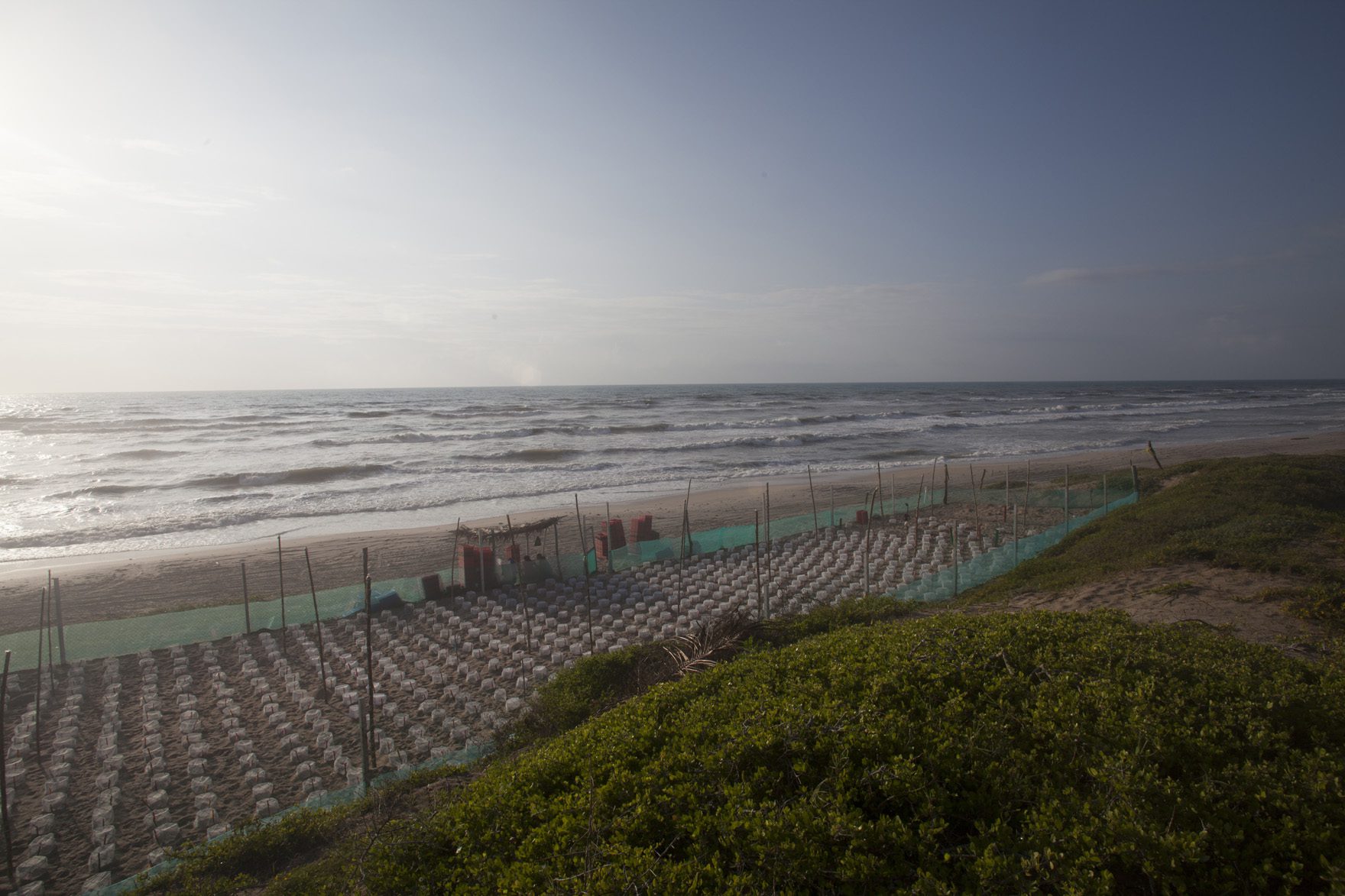 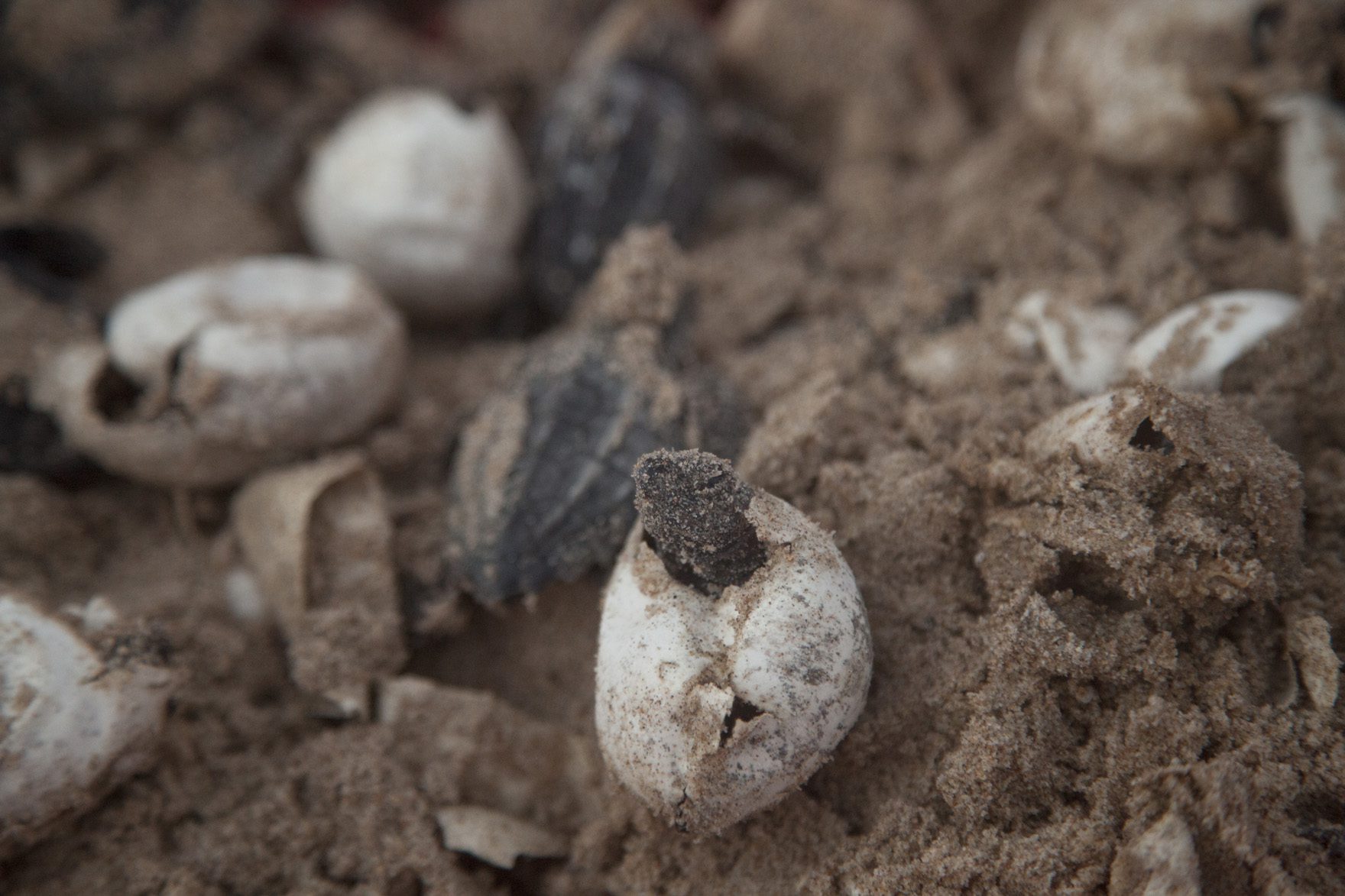 Once they start to hatch at dawn, workers stand ready to help the tiny hatchlings out of the sand. 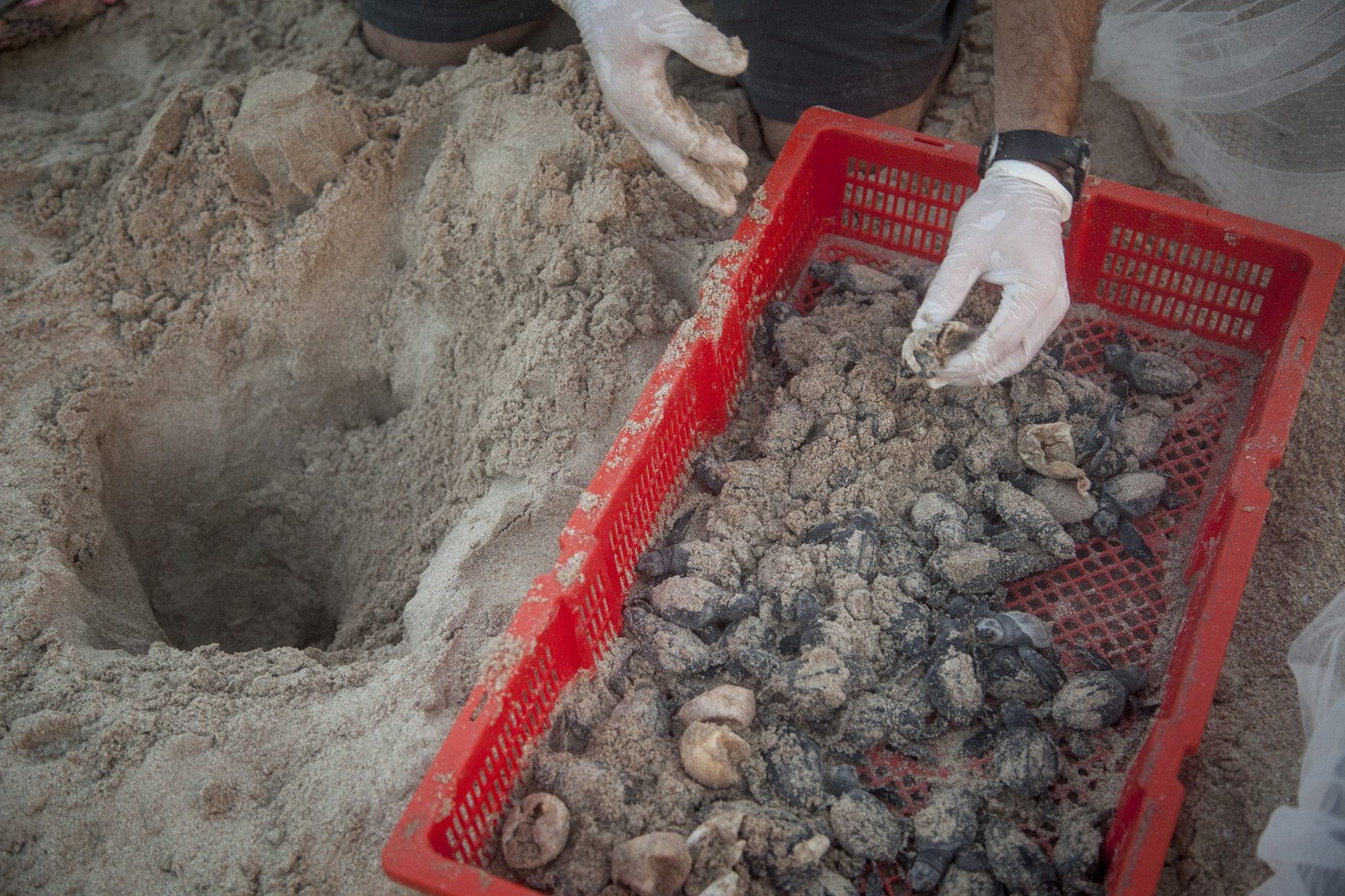 The volunteers transport thousands of newborn turtles down the beach where they can safely make their dash to the water. 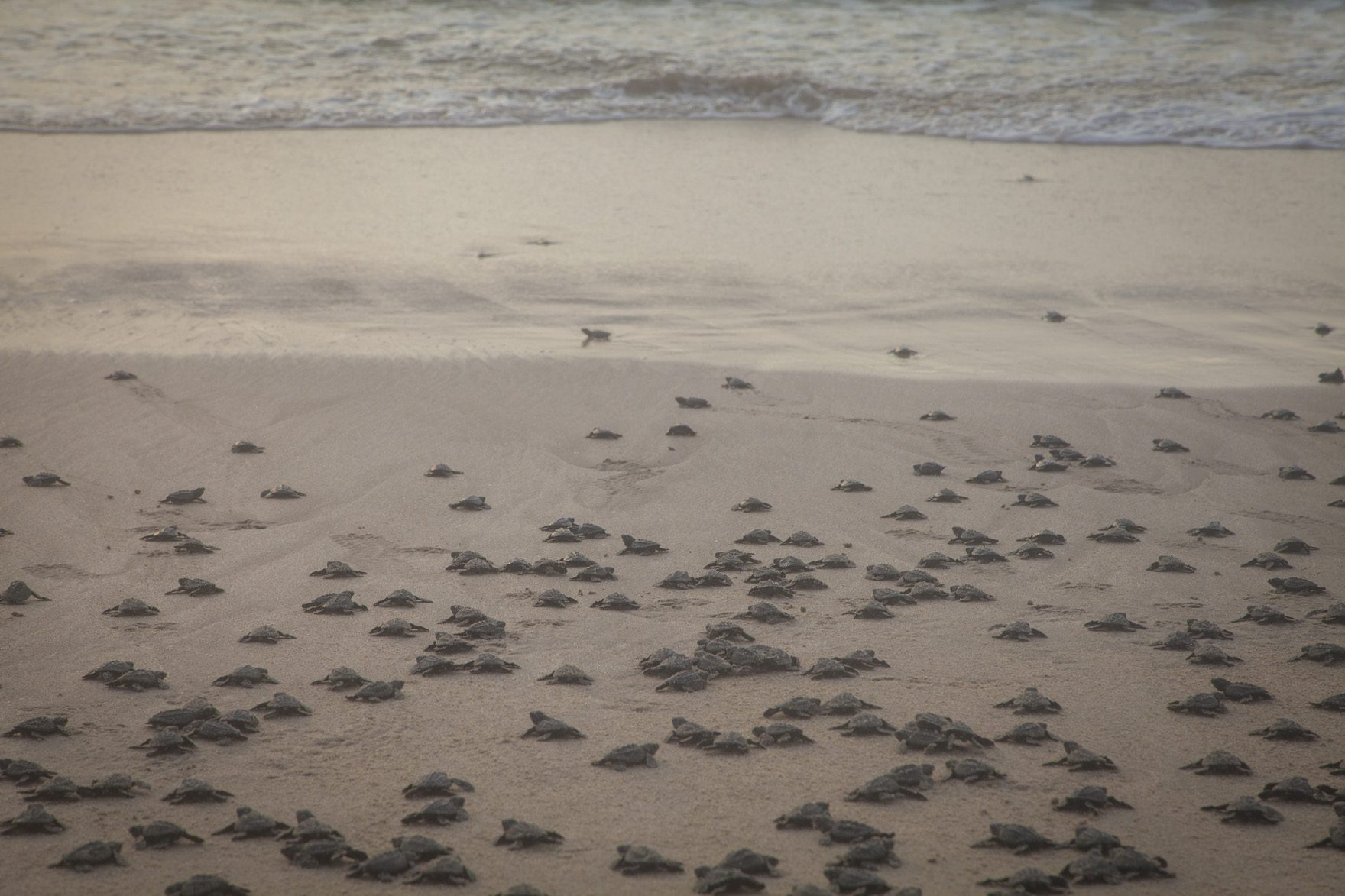 In the ocean, these turtles will face a new gauntlet of predators and threats. And as with other turtle species, only a sliver of Rancho Nuevo’s hatchlings will survive to adulthood. 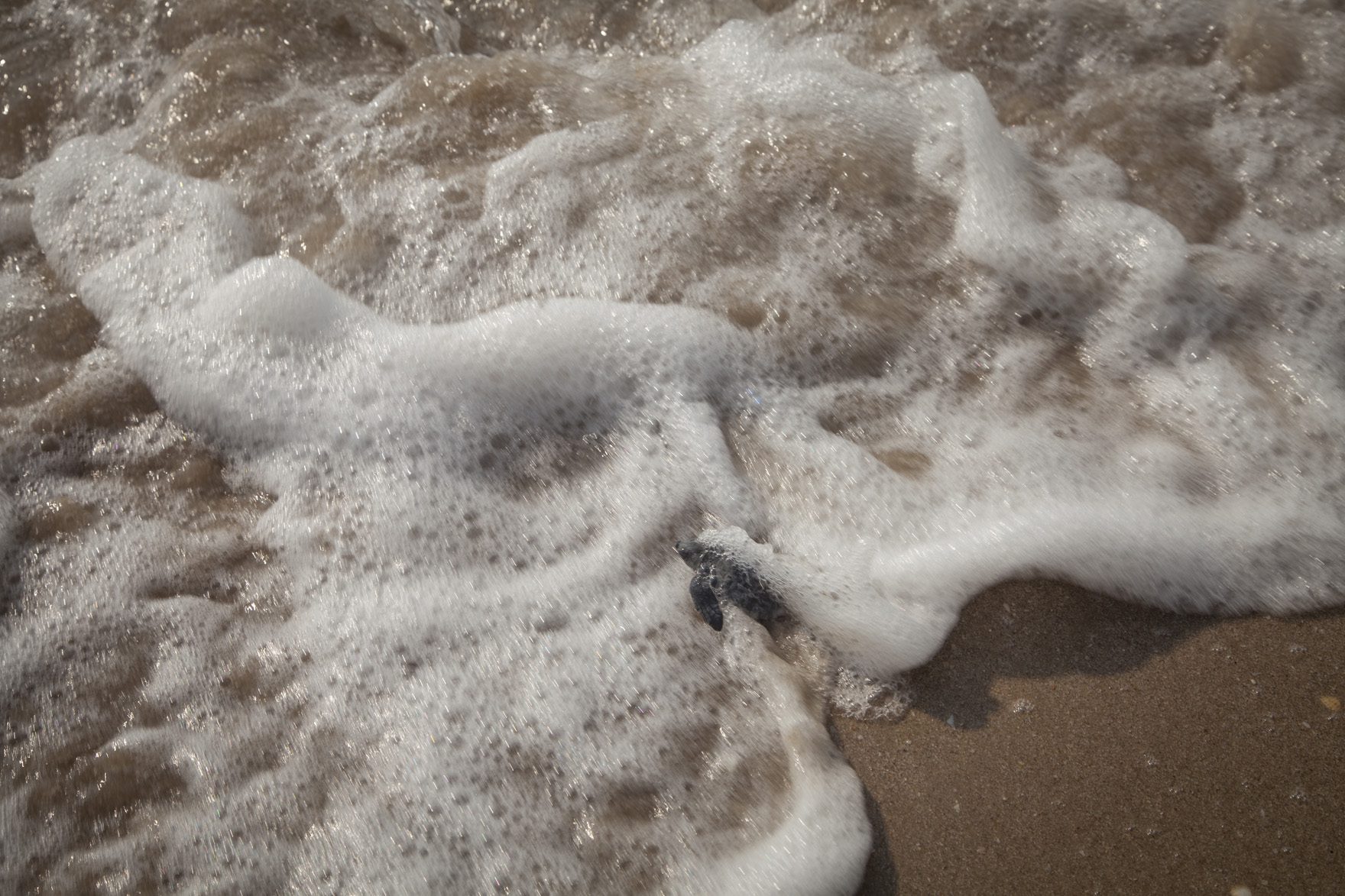 Each year in the Gulf of Mexico, an estimated 50,000 turtles may drown in nets intended to catch shrimp. Watch Lauren Conrad explain how we can help end turtle bycatch, and sign the petition urging President Obama to protect Kemp’s ridleys and other threatened turtles.