Earlier this month, Oceana in Europe completed a 10-day expedition to the Balearic seamounts, where a team of scientists mapped, documented, and collected data on the area to determine the need for protective measures. The expedition team found that the Balearic area is in need of an ambitious conservation strategy, including the establishment of Marine Protected Areas (MPAs), an expansion of the National Park of Cabrera, and protections for seamounts—measures that could help defend the islands from oil drilling.

“This expedition has documented the destructive effects of bottom trawling, which literally destroys fragile habitats such as coralligeneous reefs and maërl,” Oceana in Europe executive director and expedition leader Xavier Pastor said in a press release. “The next step should be to implement active measures of protection by creating a large protected area around the seamounts of the Mallorca Channel, and by expanding the National Park of Cabrera to include the Fort d’en Moreu marine area.”

This expedition documented some of the least studied and most interesting sites in the archipelago, located between the islands of Mallorca, Ibiza, and Formentera. The expedition crew traveled to a series of seamounts in the Mallorca Channel (Emile Baudot, Ausias March, and Ses Olives seamounts) as well as the coralligenous reef of Fort d’en Moreu, which lies east of the Cabrera archipelago. They found that species in certain areas are declining, like bamboo corals and deep-sea sharks, indicating the need for MPAs. The expedition was carried out aboard the R / O SOCIB and made 56 dives with an underwater robot (ROV) up to 2,772 feet deep.

Two of the seamounts Oceana explored, the Emile Baudot and Ausias March, and the coralligenous reef, Fort d’en Moreu, were granted protections by Spain’s General Secretariat of Fisheries just as the expedition was wrapping up. Under this regulation, Member States must close these coralligenous and rhodolith areas of the Mediterranean to trawling, dredging, and other practices, given their importance to fisheries in the area.

While Oceana applauds the decision, they argue that there is still much to be done. “Specifically, Oceana has documented the seabeds in the Balearic Islands which have been protected today, describing the extremely rich biodiversity that is under threat. In fact, right now we are out at sea documenting rhodolith seabeds which have not been included in this protection, especially in the areas to the north and west of the Fort d’en Moreu,” Pastor said in another press release. “Therefore, we will continue campaigning for both the extension of these zones protected today, to cover the entire area occupied by these habitats, and also for the creation of new areas of protection wherever these habitats are found.”

Oceana believes that the upcoming months will be critical towards enforcing the trawling ban in these protected areas, hopefully serving as an example for other areas affected by similar problems, such as the Menorca Channel. Oceana also argues that this development should form the basis of an ambitious conservation goal in the Balearic archipelago to avoid further damage and begin the recovery process of damaged habitat.

Oceana conducts a series of expeditions all over the world each year to collect scientific data on certain regions to inform conservation and management. Take a look at the photos below for an insider’s glimpse into this expedition, and stayed tuned for a series of expedition diaries to appear on The Beacon. 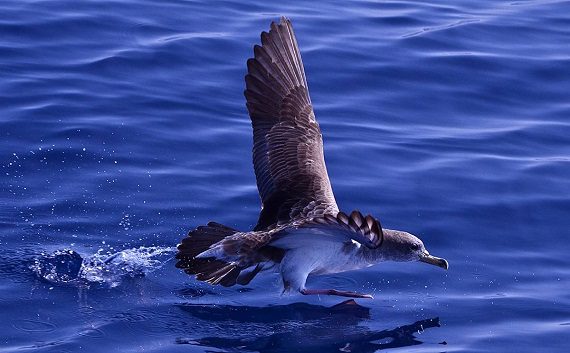 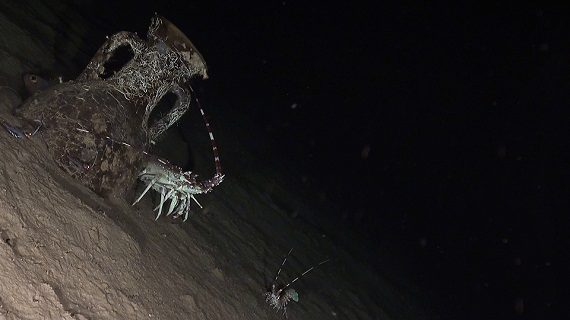 Lobsters with an amphora, pictured during Oceana’s expedition to the Balearic seamounts onboard the SOCIB R/V Ses Olives seamount, Balearic Islands, Spain in August 2014. (Photo: Oceana in Europe / Flickr) 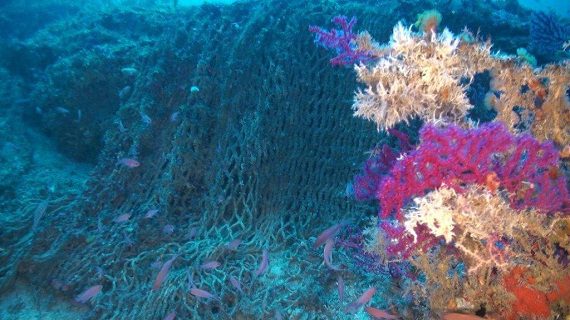 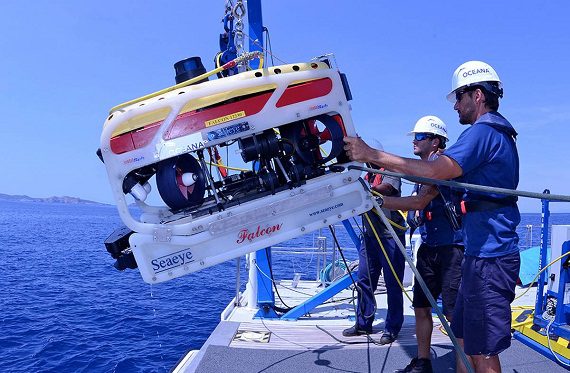 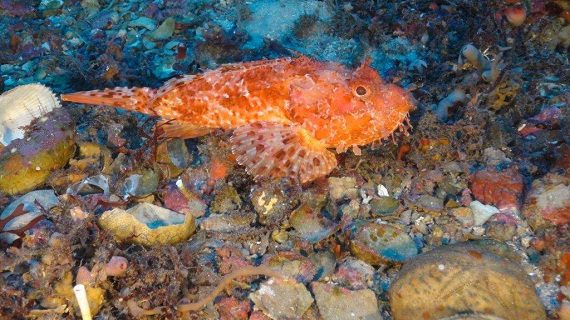