Photos: OSPAR Protects 16 Species and Habitat in the Northeast Atlantic

Late last month, the OSPAR Commission, a group of 15 European governorning bodies and the European Union that works to protect marine life, adopted a landmark Regional Action Plan to combat litter and protect 16 vulnerable species and habitat. This article, which originally appeared on Oceana in Europe’s blog, takes a close look at some of the species protected by the decision.

A few days ago, in the coastal town of Cascais, Portugal, the OSPAR Commission marked their 2014 meeting with a decision to protect 11 vulnerable marine species and five habitats in the Northeast Atlantic. European eels, cod, spotted rays, and seamounts are among those that will receive protection. 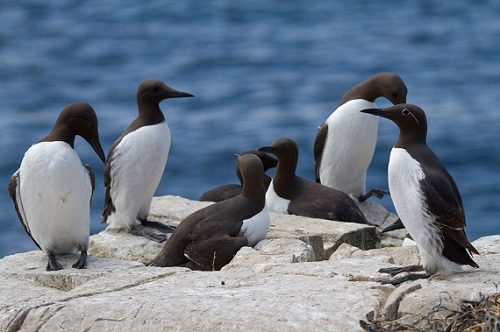 Iberian guillemot (Uria aalge), pictured here on the Farne Islands in the UK, are one of the species now protected by OSPAR. (Photo: Martha de Jong-Lantink / Flickr Creative Commons)

The OSPAR Commission, which was set up in 1992, consists of the governments of 15 countries bordering the Northeast Atlantic, together with the European Commission. As part of its mission to protect and conserve this ocean and its resources, it brings together around 30 external observers who contribute to the work of the organization with their expertise on the marine environment.

With its focus on endangered marine species, Oceana has been particularly involved in the preparatory work of the convention on new management recommendations for species and habitats. This stems from our long-standing commitment to protect some of these rich marine ecosystems, in particular those in deeper parts of the ocean. Here is a brief snapshot of some of the species and habitat campaigns Oceana in Europe is working on: 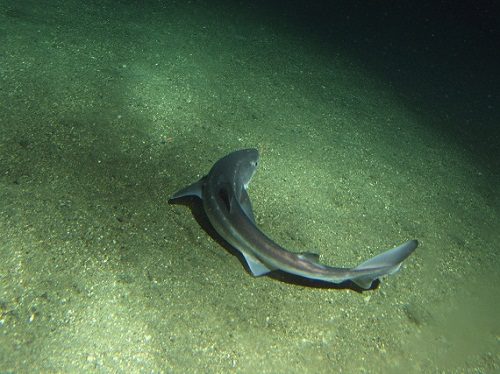 – Spurdogs (Squalus acanthias) are small migratory sharks that are critically endangered in the Northeast Atlantic, and endangered in the Northwest Atlantic, the Mediterranean Sea, and the Northwest Pacific. Due to growing fishing pressure and the European demand for its highly valued meat, the spurdog population has undergone a severe decline in the past few decades. Some time ago, Oceana supported the listing of spurdogs in the Convention on the International Trade in Endangered Species of Wild Fauna and Flora (CITES) Appendix I, which has prohibited its international trade. OSPAR now recommends that its contracting parties take legal steps to protect spurdogs under relevant regional and international conventions, to improve funding for research into its stock status, abundance and discard statistics, and to lead information campaigns to encourage fishermen to provide relevant data on spurdog spottings and accidental catches. 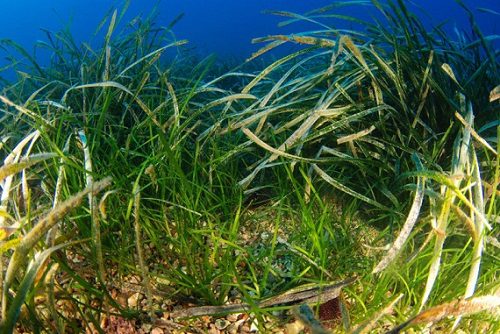 – Cymodocea meadows are seagrass habitats formed by large patches of green leaves that can reach 100 cm long and 8 mm wide in sheltered waters and depths of 1 – 30 meters. Because of their high vulnerability to physical damage and pollution, OSPAR urges that protection measures be implemented, and that efforts be made to reduce water contamination from agriculture and domestic effluents, as well as to limit aquaculture activities and industrial fishing, which can irreversibly damage the sea floor. The Commission also called on contracting parties to  minimize the negative effects of “coastal construction” on Cymodocea meadows. Oceana has long worked on Cymodocea and other seagrass protection, as illustrated in a seagrass restoration research project carried out in 2006 in Punta Entinas-Sabinar Natural Park in Almeria (Andalusia, Spain). The study provided valuable knowledge about seed transplantation on Cymodocea meadows and other seagrass species, and called for the protection of these meadows under the EU Habitats Directive. 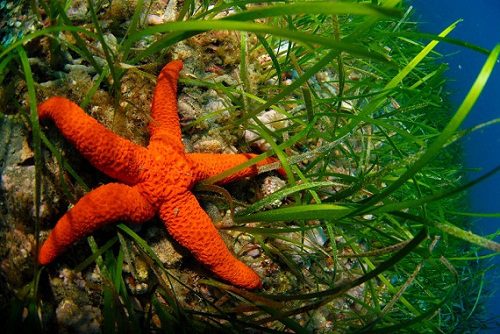