Plastic conquered the planet. Now the planet is fighting back.

Bangka Island, off northern Sulawesi in Indonesia, would be paradise, if not for the plastic. Single-use bags and disposable diapers tangle in thousand-year-old corals. High tide leaves behind a line of plastic bottles, cups and straws on the white, flour-soft beaches. The sand is a confetti of plastic flakes and crumbled polystyrene.

Bangka Island is one of the countless casualties of our love affair with plastic. Since 1950, over 8.3 billion metric tons of plastic have flooded the planet. Since the material takes centuries to decompose, every toothbrush and coffee stirrer is still with us, in one form or another.

The food, beverage and packaging companies behind this plastic tsunami have, for decades, propped up recycling as a “get out of jail free” card, letting the world make and buy as much plastic as it wants. But the global torrent of dirt-cheap plastic has far exceeded our capacity to recycle, inundating waste-management systems that can’t handle the volume.

The problem is only going to get worse, warned Jackie Savitz, Oceana’s Chief Policy Officer. Global plastic production is projected to triple by 2050. “The way the ocean looks now will seem good to us in the future,” Savitz said.

By now, it’s no secret that plastic pollution is catastrophic for nature. The oceans are hardest hit, with one dump truck’s worth of plastic entering the sea every minute — 8 million metric tons a year.

The most visible casualties are the whales, sea turtles and seabirds that wind up starved, suffocated, drowned or lacerated by plastic junk. But the most worrisome dangers of plastic might be the ones we can’t see.

As plastic degrades, it shreds into ever-smaller flecks and fibers that range in size from a grain of rice to one-billionth of a meter. These “microplastics” essentially never disappear, and have been found everywhere researchers have looked: not only in marine creatures like fish and mussels, but also in salt, honey, beer, dust, soil, bottled water, tap water and rainwater.

Scientists don’t yet have a full picture of what microplastics do to our bodies, but the early results aren’t good. Microplastics can pass from a fish’s food into its organs, where it can cross the blood-brain barrier and trigger strange behaviors.

Microplastics leach chemicals linked to cancer, heart disease, obesity, and reproductive and neurological disorders. Plastic also acts like a magnet for other dangerous compounds in the environment like PCBs and cadmium. Many researchers suspect that chemicals found in and on plastics are behind men’s declining sperm counts and the dismal reproductive success of certain killer whale populations.

Forgotten, but not gone 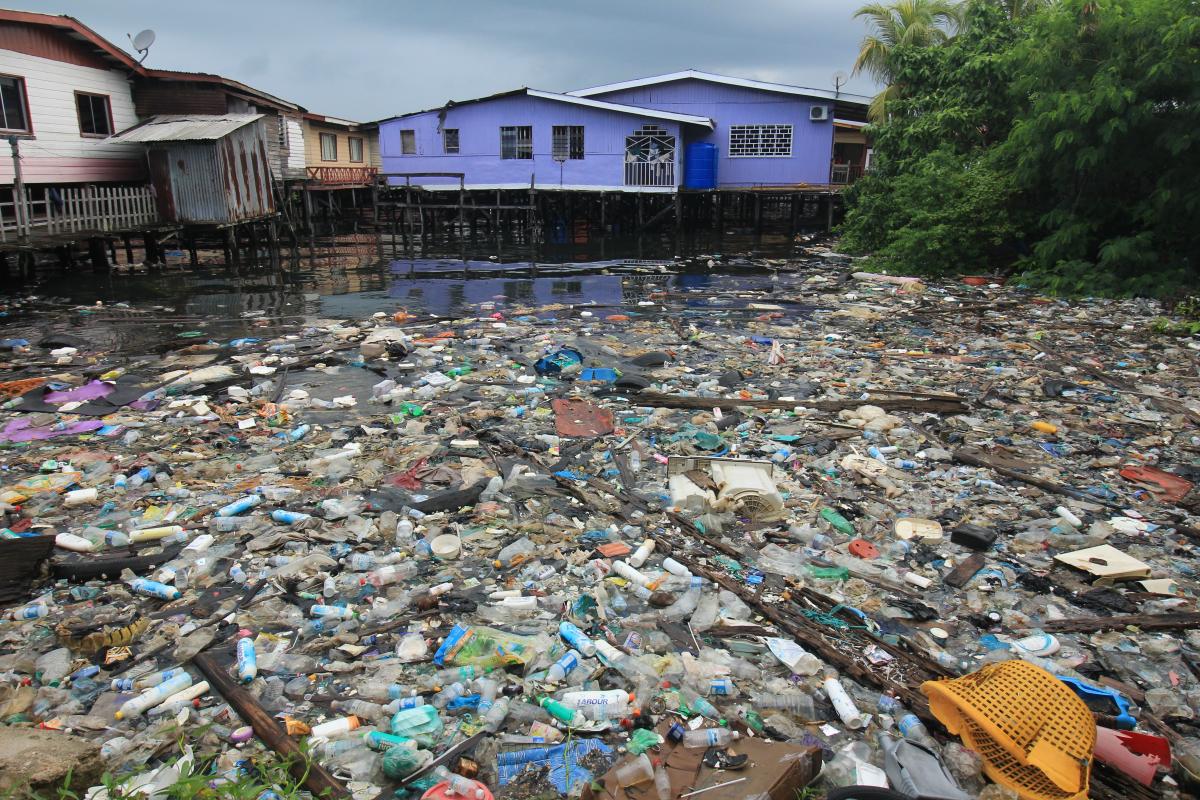 On Bangka Island, volunteers with a local nonprofit are able to clean just a fraction of the plastic that winds up on the island, which itself is just a sliver of the 1.3 million tons of plastic that pour into Indonesia’s waters every year. The volunteers spend several hours each day scouring the beach to collect, wash and sort plastic and other trash, which is periodically shipped off to be recycled. Because recycling facilities are so rare in Indonesia, Bangka’s reclaimed plastic has to be shipped over 1,000 miles to the city of Surabaya to be recycled.

Overall, only 9 percent of plastic has ever been recycled. The rest winds up dumped in landfills, burned or washed into the ocean. This might come as a surprise to residents of wealthy nations where recycling programs are ubiquitous. But these programs hide a grim reality: Most plastic is shipped to countries with lax regulation and dirt-cheap labor — the only places where plastic recycling can turn a profit, even if razor-thin.

Until recently, almost everything chucked in recycling bins in North America, Europe and Australia made its way to China. We sent not only more-valuable plastics like water bottles and detergent jugs, but also millions of tons of unrecyclable filth, from gunk-encrusted yogurt cups to dirty diapers. China, however, is struggling with its own trash catastrophe. Last year it enacted a near-total ban on contaminated “foreign garbage.” Malaysia was the next destination, until it too was overwhelmed.

Our “recycling” is now often just burned or landfilled at home. If it does get sent abroad, it usually winds up in last-resort spots like Surabaya, where recyclers sort out the highest-value plastic and then dump the remainder for informal trash-pickers. Anything that can’t be recycled is piled in illegal landfills, burned (releasing dioxins and other highly poisonous compounds), or simply tossed in fields, forests or roadsides. When the rainy season comes, it’s washed into rivers and out to sea — hardly the result most envision when they toss a bottle in the recycling bin.

“There’s really no way we as individuals can avoid plastics in our lives,” Savitz said. It wraps just about every consumer product out there. While plastic-free lifestyles have become trendy in some circles, going zero-plastic requires time, money and consumer acrobatics. “Companies have made avoiding plastic unattainable for most people,” Savitz added.

As public sentiment turns against plastic, the companies responsible for the most common plastic pollutants — single-use bottles, containers, straws, wrappers, bags and so on — are scrambling to stave off a PR nightmare. “A lot of these companies see the writing on the wall,” said Savitz. “They know they’re in trouble.” But with the volume of plastic ever increasing, there’s no way these types of proposals could work, Savitz added. “They’re basically empty promises being made for public relations reasons.”

Oceana — along with other advocacy groups, scientists and governments — is now taking aim at plastic before it’s even manufactured. The main target is packaging, which makes up 40 percent of all plastic produced worldwide. Bans and taxes on local, state and national levels have shown that action against throwaway junk can have swift, pronounced results.

In Kenya, for example, a strict plastic bag ban has led to visibly cleaner landscapes. In the United States, bag bans have also dramatically reduced bag litter in cities and states across the country.

But piecemeal bans on bags and straws can only go so far. That’s why countries are unveiling comprehensive legislation to take on disposable plastics. In 2018, the EU announced a phase-out of a range of single-use plastics by 2021, with Canada following suit with similar proposed legislation in June.

Oceana was behind Peru’s announcement last December of a new law regulating throwaway plastics, which bans single-use plastics from sensitive areas like beaches and national parks, taxes bags, and limits the manufacture and use of a broad swath of disposable plastics. Oceana worked with allies in Congress to present one of the more than 20 plastics bills, and provided technical support during the legislative process to reach consensus and approve the law in record time.

At the same time, Oceana launched a massive communications effort to build support for the law. The organization even partnered with top chefs for the “I don’t want this in my ceviche” campaign, highlighting the dangers of microplastics in Peru’s beloved national dish.

Carmen Heck, Oceana’s plastics campaign manager in Peru, said the new law is “a very important step that is already generating changes,” but cautioned that “there is still a long way to go to ensure Peru’s oceans are free of plastics.”

Peru isn’t the only country where Oceana is battling the single-use scourge. In Chile, five senators announced a plan to limit and regulate the production of disposable plastics in May. The plan was based on a detailed analysis by Oceana and its partner Plastic Free Chile. And in the United States, Oceana will begin pushing companies and institutions to offer plastic-free choices, whether in hotel rooms, supermarket aisles or school cafeterias. This would take the onus off consumers and put it on the manufacturers and retailers responsible for churning out throwaway plastics. 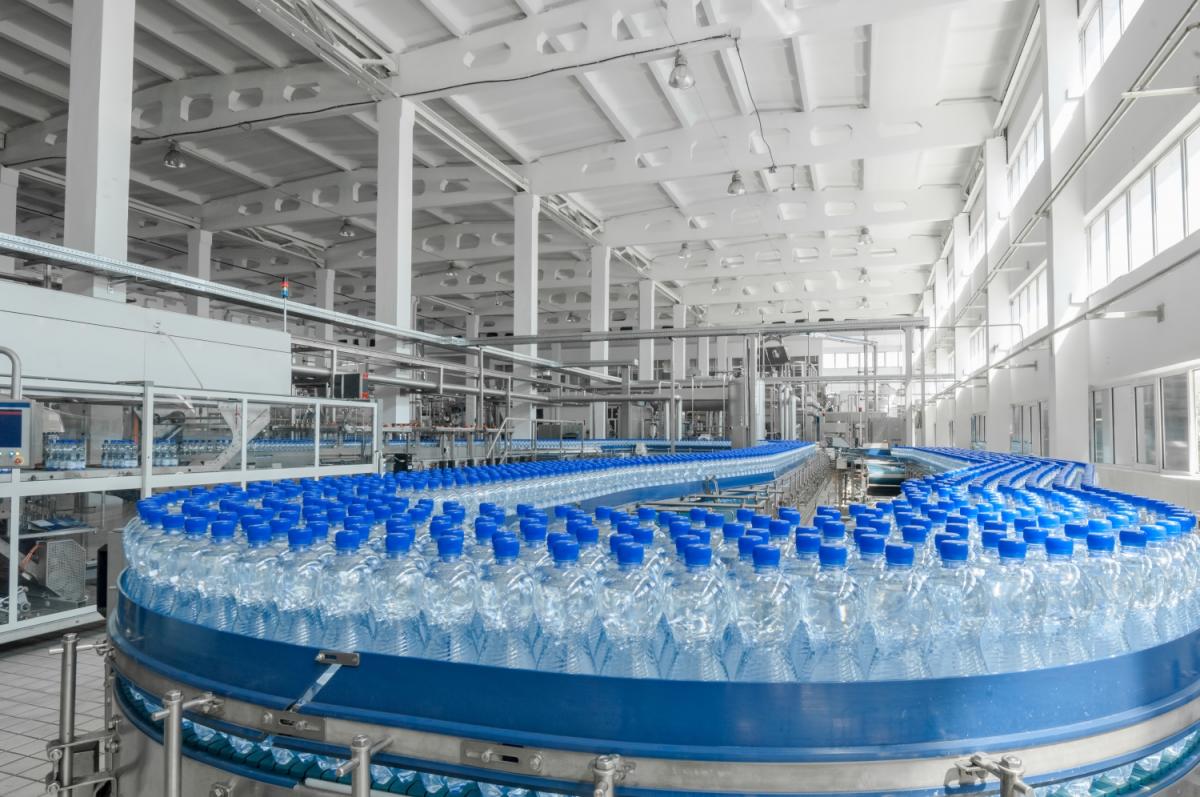 As anti-plastic sentiment picks up steam, it’s tempting to think that we’re making less of the stuff. We’re not. Globally, plastic production is increasing each year. And the battle is set to get worse.

The supply of cheap natural gas from shale deposits in the United States is surging at the same time as the usually insatiable demand for fossil fuels is slowing. The oil and gas industry, saddled with a glut of natural gas, and perhaps nervous that the world might take decisive climate action, is betting its future on plastic.

“Their only growth opportunity is to foist more plastics on us,” Savitz said.

Since 2010, oil and gas companies have poured $186 billion into new “cracking” facilities that produce plastic resins and other petrochemicals. Experts warn that these investments may be locking in colossal increases in plastic manufacturing at the very time we need to be rolling it back.

If this comes to pass, it would spell disaster for the ocean and the climate. Creating one ton of plastic emits nearly two tons of greenhouse gases. Plastic currently accounts for 3.8 percent of global greenhouse gas emissions, double that of aviation. By mid-century, the emissions from plastics production are projected to reach nearly one-sixth of total emissions, sinking any shot we have at preserving a livable climate.

“We need to take action quickly and decisively,” Savitz said. “Policy and advocacy are our best chance to stop a permanent crisis for the ocean and climate.”

In the meantime, on Bangka Island, each high tide brings a fresh harvest of crumpled containers and barnacle-encrusted bottles. And each day volunteers leave the palm-fringed strip of beach clean, if only for a few hours.