A plea for kelp: These farmers and chefs want to make seaweed the next superfood

Summer in southeast Alaska is kelp season for the cofounders of Barnacle Foods, Lia Heifetz and Matt Kern. Each week, the pair watches the tides and weather, waiting for the right moment to cruise out to the abundant kelp beds offshore. They lean over the side of the boat and pull up the fronds and stalks, one piece at a time. As soon as they get back to shore, they start processing the day’s harvest into a local delicacy: kelp salsa.

Salsa and Alaskan algae might seem like odd bedfellows, but for Barnacle Foods, it’s a calculated decision. The kelp’s savory notes make the salsa’s flavor “a little more explosive,” according to Kern. And the pairing is also a practical one. “Salsa is such a familiar food item,” Heifetz said. It’s “a gateway to getting more people to eat seaweed.”

Barnacle Foods is part of a small but growing movement of chefs, scientists and farmers who want to make edible kelp go mainstream. Seaweed is an extra-healthy crop, rich in calcium, magnesium, potassium, iodine and omega-3 fatty acids. And it’s not only good for you, it’s good for the planet.

“It’s a crop that we can grow without the use of freshwater and without the use of land,” said Paul O’Connor, a marine scientist and founder of This is Seaweed, which sells edible Irish seaweed. It’s “99 percent environmentally friendly.” 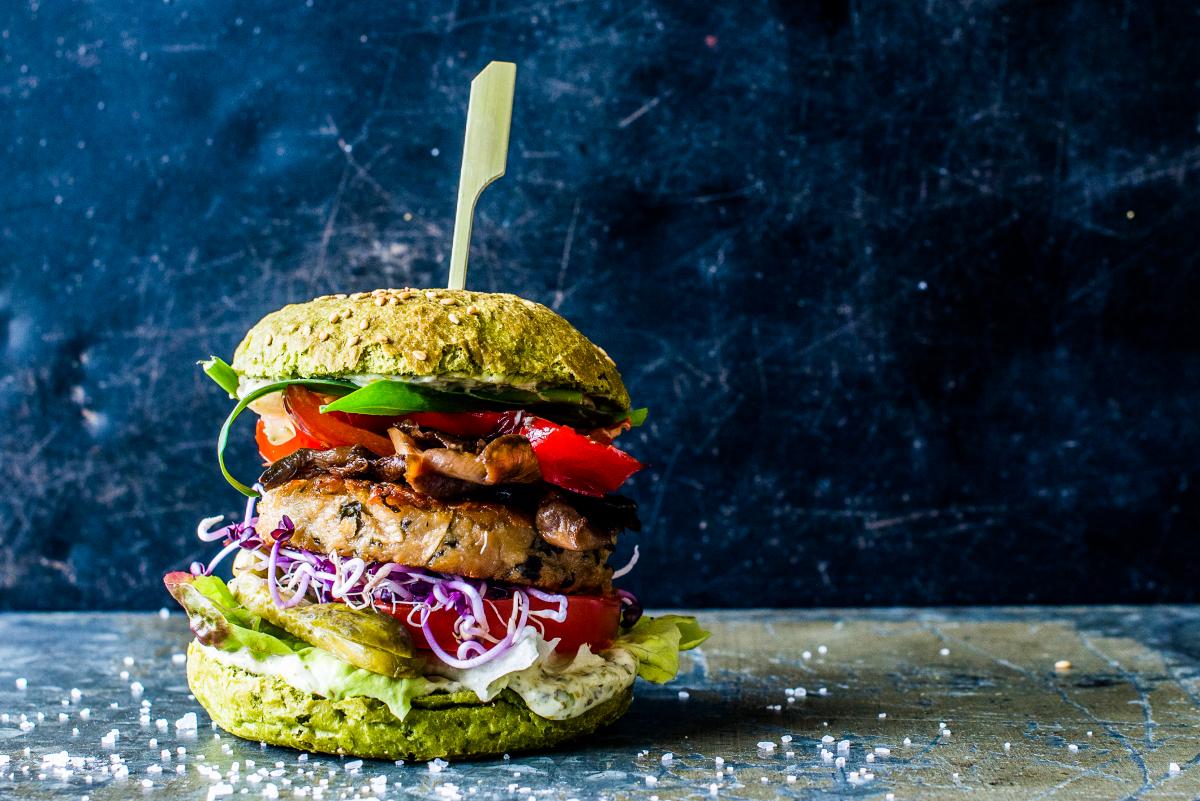 Kelp is a near-perfect food, but there’s one problem: Not enough people eat it. Though seaweed is a cooking mainstay in Asian countries, it’s struggled to gain a toehold in places like Europe and the U.S. Food innovators like Mark Kulsdom are trying to change this.

Kulsdom is the founder of The Dutch Weed Burger, a company that introduces diners to seaweed through the power of fast food. The weed burger’s cheeky name grabs the attention of tourists and festival-goers in the Netherlands, though there are no illicit ingredients to be found.

The burger, bun, and sauce each use a different type of locally grown seaweed or algae. With the recent opening of The Joint, Kulsdom’s new restaurant in Amsterdam, his team expanded the menu to include seaweed-y variations of sausage, shawarma and fish and chips.

Kulsdom emphasized that even though The Joint’s dishes are vegan, his clientele are not necessarily strict herbivores. “We didn’t so much want to cater to the vegan community,” Kulsdom said, “we wanted to cater to everybody.”

O’Connor faces a different hurdle than Kulsdom. This is Seaweed sells various types of dried Irish seaweeds as seasonings for other foods. But home chefs face a learning curve with This is Seaweed’s products, since dulse or alaria flakes aren’t as familiar as black pepper. So, the company posts recipes and serving suggestions alongside its products. O’Connor recommends sprinkling a pinch of seaweed flakes on your egg in the morning, or perhaps on your potatoes or soup.

Though seaweed might seem exotic, O’Connor and other seaweed producers are tapping into centuries-old traditions. Seaweed was once a popular food in O’Connor’s native Ireland, although it fell out of favor after being used as a staple during the Irish Potato Famine. In the United States, Barnacle Foods’ Heifetz noted that seaweed has long been an important traditional food for the native people of Southeast Alaska. 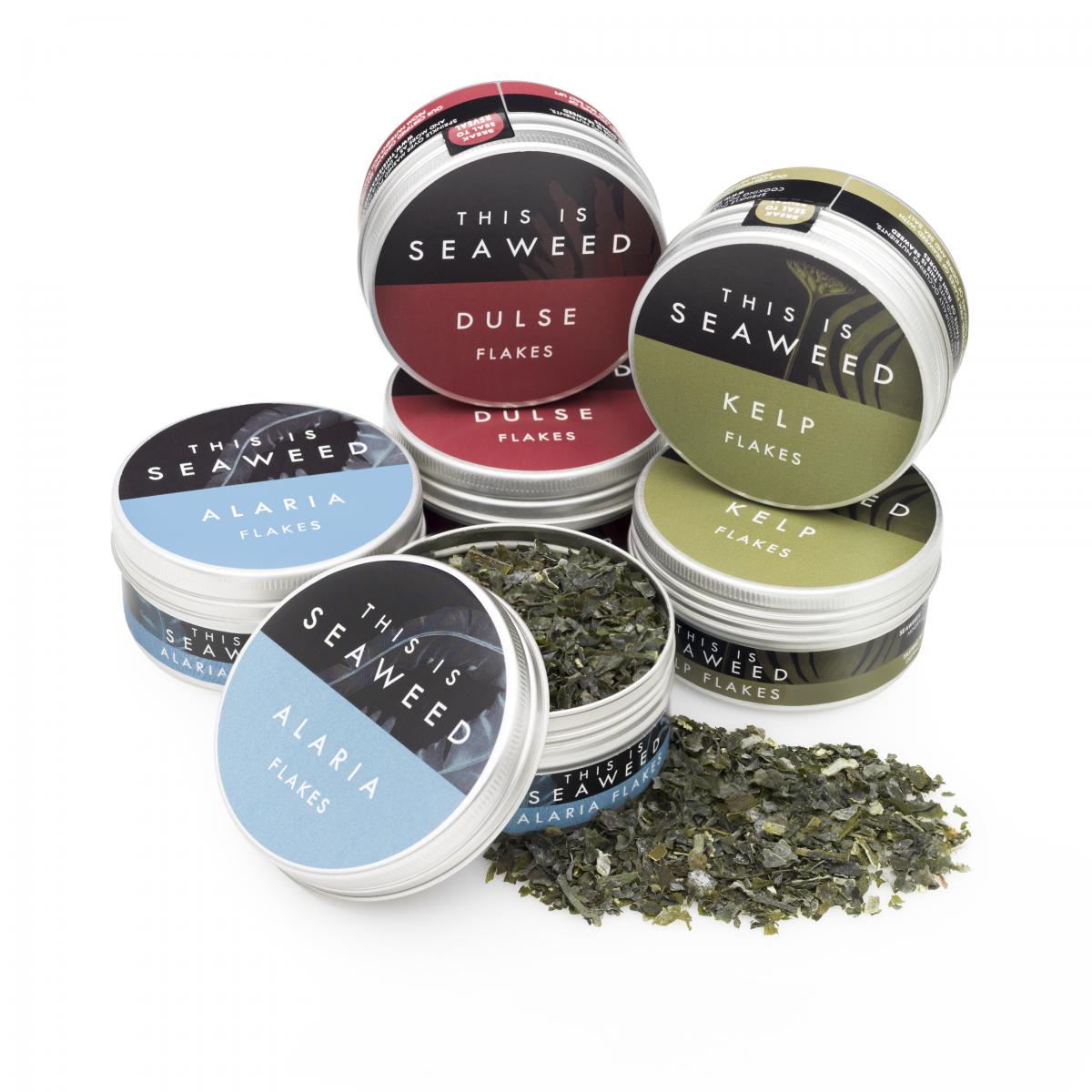 Efforts to revive kelp could be paying off. According to O’Connor, public perceptions of seaweed in Europe and the U.S. seem to be changing. “People are more open to it, and they trust seaweed as something that has health benefits to it,” he said. It’s become more than just “that slimy thing that I slip on when I’m at the beach.”

Growing more edible kelp could bring big benefits to the ocean. Seaweed helps maintain water quality by absorbing excess nutrients. Seaweed farms can even help the climate. Kelp takes carbon dioxide out of the atmosphere, produces oxygen and can locally mitigate the effects of ocean acidification.

The future looks bright for seaweed purveyors everywhere. “We’re really excited about the potential of seaweed and kelp as a major food source,” Kern said. They hope to become steady buyers for seaweed farmers, promoting this sustainable industry in Alaskan waters. Heifetz added: “We hope that we can play a key role in sharing this amazing resource.”