Most people have spent their entire lives thinking that recycling is a sign of good environmental stewardship – that by tossing our crusty yogurt cups and crushed plastic bottles into a blue bin, we’ve done our part in making the planet a cleaner, better and more beautiful place. If only it were that simple.

“United States of Plastic,” an investigative series by The Guardian, calls attention to the shortcomings of recycling efforts, with an emphasis on U.S. waste. Even though plastic pollution is a global problem, the U.S. “produces far more waste and recycles far less of it than other developed countries,” as one headline reads.

We also know that only 9% of all the plastic waste ever produced has been recycled. That shocking statistic can be traced back to researchers Roland Geyer, Jenna Jambeck and Kara Lavender Law, who analyzed data on plastic production from the 1950s to 2015.

To put this problem into context, Oceana spoke with Geyer, an industrial ecologist who wrote a piece for The Guardian that explained why making and using less plastic is the “cheapest and most effective solution to ocean plastic.” We also caught up with Bennett Murray, a journalist who contributed to a separate Guardian article about how American waste is exported to developing countries.

Here’s what Geyer and Murray had to say about recycling and plastic pollution, and what can be done to tackle this problem once and for all. 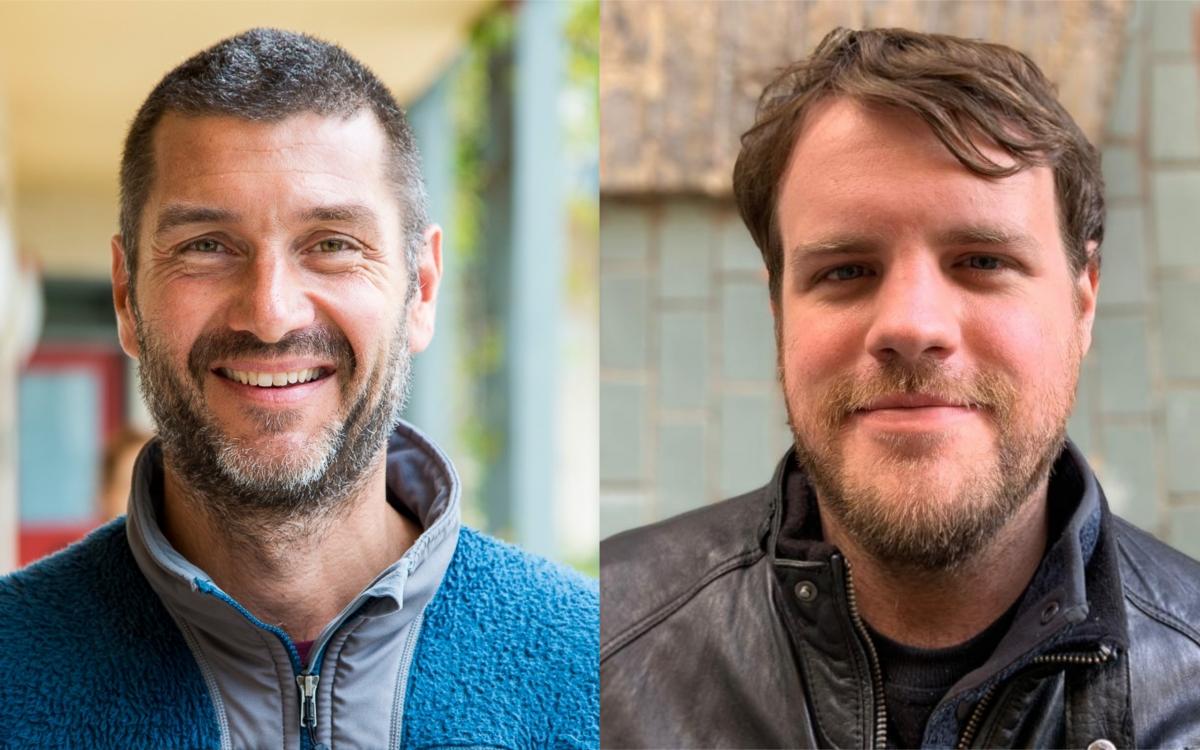 Oceana: Roland, much of your research has focused on plastic waste. Why did you choose this particular material?

Roland Geyer: In my discipline, called industrial ecology, we study the material and energy flows in society and their impacts on the environment. Like many of my colleagues, I used to do a lot of research on metals, like steel and aluminum. A bit over 10 years ago, I started to wonder about society’s use of plastics and was amazed when I realized that we produce and use more plastic than all metals, other than steel, put together.

What concerns you most about plastics?

RG: The sheer quantity we produce and use every year combined with the fact that they don’t biodegrade. Even metals will corrode away when left in the natural environment, but not plastics. They just break into smaller and smaller pieces, thus becoming virtually irremovable. Plastics also contain significant amounts of additives. On average, 93% of plastic is the actual polymer; the other 7% are additives. These additives are complex chemicals, some of which are known to be hazardous.

Much of what’s written about plastic frames the problem as a consumer-created one – as in “our addiction” or “our dependence” on plastic. To what extent is this problem fueled by consumer demand for convenience?

RG: I don’t want to downplay the role of consumer demand and preferences, but I think that many people are actually quite horrified by the amount of plastic in their lives. I also believe that these people would welcome action by governments and industry to help cut down on their use of plastic. To say that everything that is on offer at stores, shops and online is simply there because the consumer really wants it is a much too simplistic view of the world.

Bennett, what struck you the most while working on the plastic investigation piece for The Guardian?

Bennett Murray: The Guardian found that some 68,000 shipping containers of plastic scrap were exported from the U.S. last year. Try to imagine 68,000 semi-trailer trucks full of plastic. That’s more than most people, including myself, can fully appreciate.

Your reporting brought you to a waste management center on the outskirts of Hanoi, Vietnam that was filled with “piles of grimy American plastic.” Is this just an American problem, or did the trash come from other places as well?

BM: It came from all over. The Guardian US is running a series on American plastic waste so that was my focus, but I saw plenty of trash from Europe, Japan, India, the Middle East, Latin America, everywhere – along with trash that didn’t have a clear origin. I didn’t spend enough time at the dump to get a fair sample of how much of the waste came from certain countries, but maybe 10% of foreign trash I could clearly identify was American. 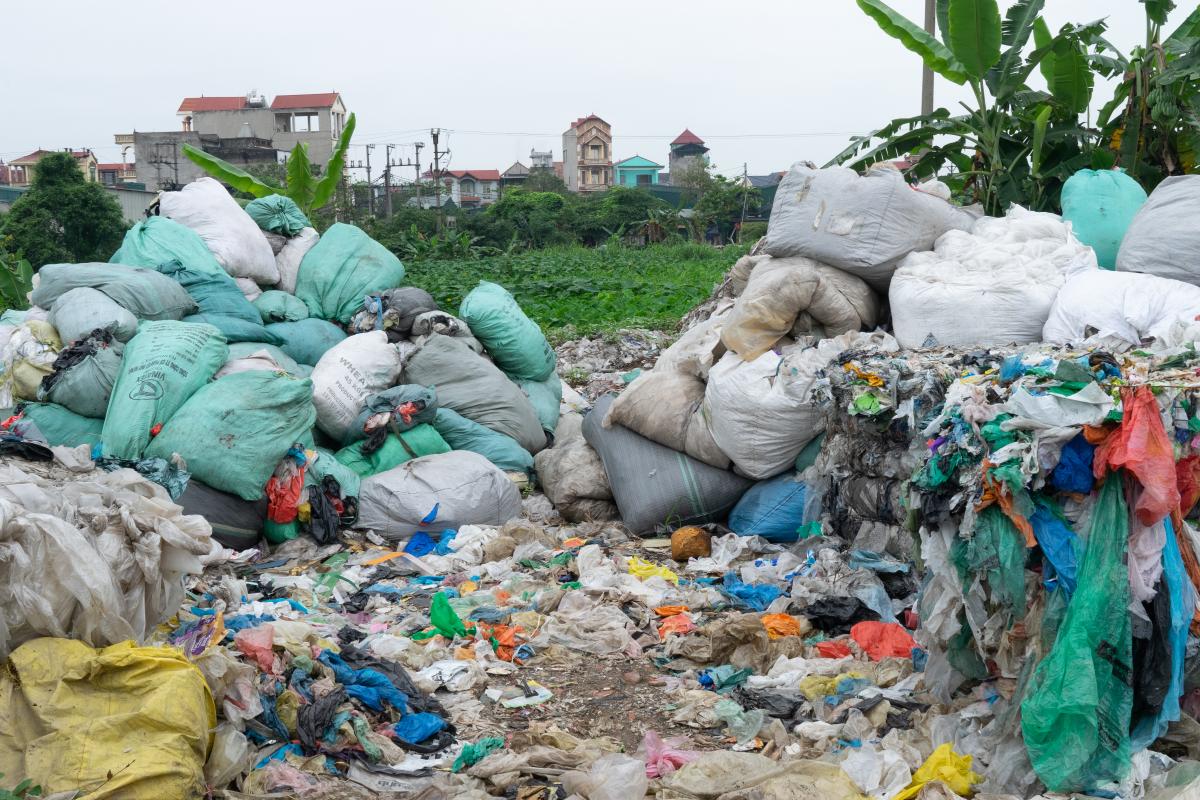 How has your work informed your views on recycling and/or ocean cleanups?

BM: It was made abundantly clear that recycling exists because there is a profitable business model to be had in it. That alone isn’t necessarily a bad thing, but there isn’t anything inherently virtuous about recycling either. If it isn’t done properly, it’s counterproductive. Given the amount of unknown factors about what you’re actually doing when you throw plastic into a recycling bin, I’m starting to see it less as an obligation and more as a personal choice.

RG: Surprisingly few people know that the only environmental reason for recycling is to reduce our use of virgin materials. Unfortunately, plastic recycling currently does not appear to impact virgin plastic production at all. Trying to remove plastic from the ocean gyres is somewhat pointless, since there is growing scientific evidence that the vast majority of plastic in the ocean is not floating in the gyres. Most of it is probably on the ocean floor. Also, what is the point of trying to clean up the oceans when every year millions of tons of more plastic enter them from land or from ships?

What do you feel is a better solution?

RG: The most effective way to reduce the environmental impacts of plastics all along their life cycles would be to simply produce and use less – ideally, by dematerializing our lifestyles and not just by switching from one single-use material to another, since all materials have environmental impacts, not just plastics. In general, I recommend having fewer products and making sure we use and reuse them for a long time. Sometimes easier said than done. My family seems to own about a dozen reusable travel mugs by now, even though there are only four of us.

How can these changes be achieved?

RG: I believe that society as a whole needs to come together to truly make a difference here. That requires some sort of consensus across all parts of society – so households, industry and government – that we generate too much plastic waste. Individual action alone is not enough to tackle the giant and growing problem of plastic waste and pollution. We all should demand bold and meaningful action from industry and governments across the world. 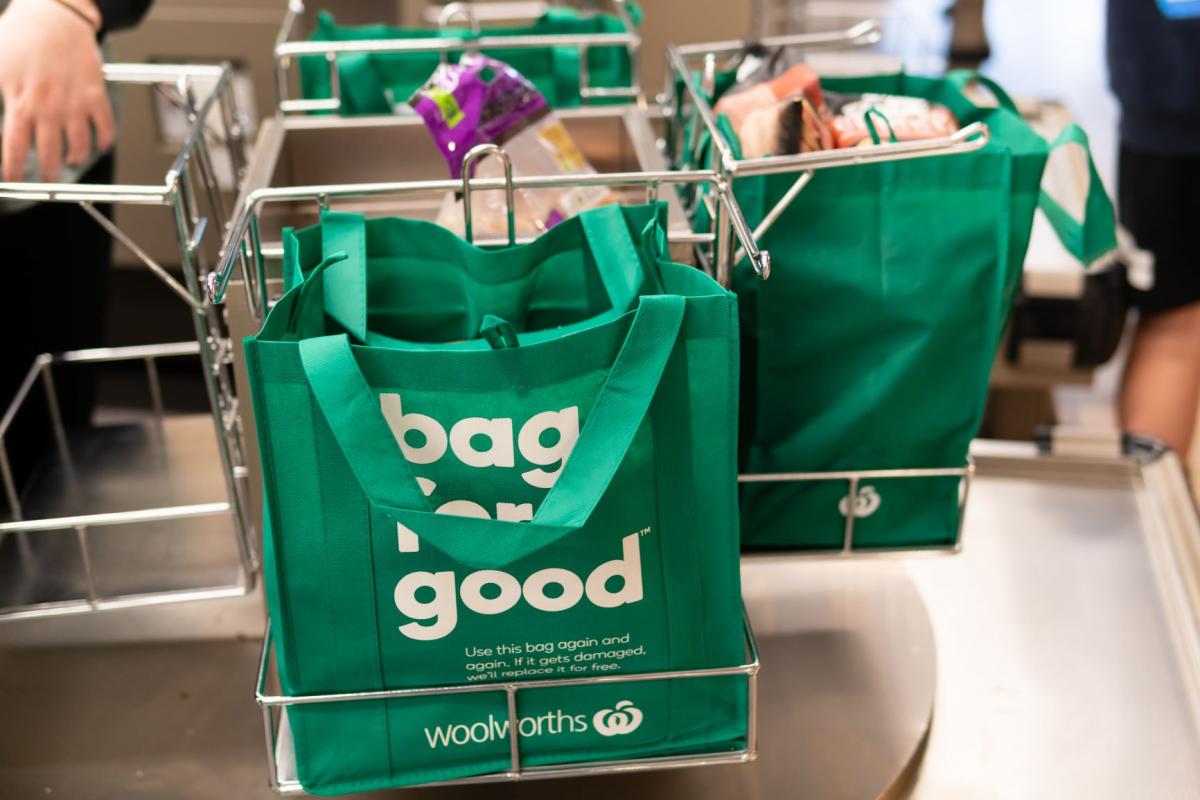 Do you believe we can return to a pre-plastic society?

RG: I don’t. Synthetic polymers are phenomenally versatile materials. There is a reason why they are everywhere. But I do think that we could dramatically reduce the amount we use every year without compromising our quality of life. In a way I wish plastics were much more expensive, then we wouldn’t be as careless about them and use them much more sparingly.

What’s next for you?

RG: In terms of plastic work, I am currently studying microfiber emissions and the recovery and recycling of old fishing gear. However, mostly I’m working on a book which is not just about plastics, but about environmental sustainability more broadly.

BM: Up until recently I was the Vietnam Bureau Chief of the Deutsche Presse-Agentur (DPA) in Hanoi, but I’m now a freelance journalist based in Kyiv, Ukraine, and a full-time Russian language student.