Q&A: Susan Freinkel, author of “Plastic: A Toxic Love Story,” on recycling myths and the problem with single-use plastics

Look closely at the cover of Plastic: A Toxic Love Story, and you’ll notice that the letters are fashioned out of plastic objects you probably encounter on a regular basis. ‘P’ is a plastic patio chair. ‘S’ is a scrunched-up shopping bag. ‘I’ is the ever-ubiquitous water bottle.

It is through these ordinary objects that journalist Susan Freinkel tells the extraordinary story of plastic, from the rise of the petrochemical industry in the 1920s and 1930s; to the advent of plastic as a military-grade material during World War II; to its emergence as a substance of aesthetic – even artistic – appeal; and finally to the present-day shirking of these values, at a time when plastic is treated like cheap, throwaway junk at the expense of the environment, animal well-being, and possibly even human health.

This book is an important read for those who wish to play a part in tackling our global plastic problem. As British environmentalist David de Rothschild wrote in his review, “The first step to creating change is understanding, and the first step to understanding anything to do with plastic is reading Susan Freinkel’s compelling, much-needed, and truly brilliant book.”

Freinkel recently spoke with Oceana about what’s changed – and what hasn’t – since Plastic was published in 2011. 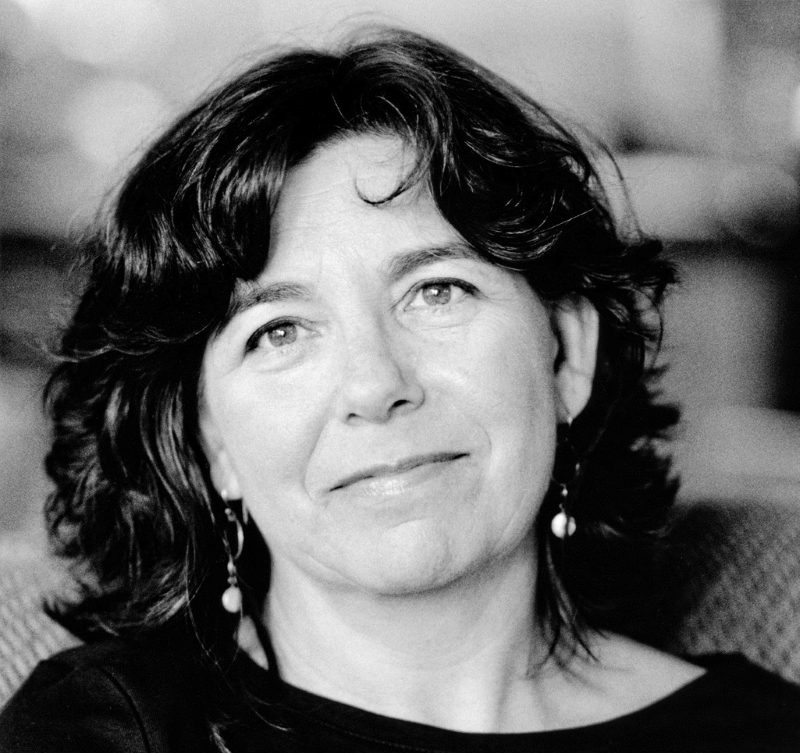 Your book starts out with a personal challenge: to keep track of every plastic item you touched in a day. By the end of the experiment, you had logged 196 individual items. What sparked your interest in plastic consumption?

I live in San Francisco, and at the time, there was a lot of brouhaha about single-use bags and the county was passing bans on plastic bags. That got me thinking about plastic, and I realized there was probably a pretty rich story there. When I started doing some research, I was blown away by both the realization of the ubiquity of plastic and how recent its incursion into daily life had been. You sort of forget what you grew up with, but I started casting back and thinking about the fact that there were no plastic bags when I grew up. The straws were paper. We got our soda in glass bottles. So it was just that realization that this big, monumental thing had entered life and was shaping it in ways that seemed pretty interesting.

While working on this book, were there certain pieces of information or institutions that were harder to access than others?

And then going further back in the supply chain, getting into a plastics factory was really hard. The big resin companies that make plastics are very closed off, especially since 9/11, because they’re considered strategic targets. The way I got in is that I had met someone who had a relationship with the Dow Chemical Company, and he agreed to talk to Dow on my behalf.

What’s changed since you published your book?

There are a couple of developments that have happened since the book was published. One is China closing its doors to the world’s trash, and that’s generated awareness that we really have a serious problem with recycling.

The other is the rise of fracking, which was just starting to happen when my book came out. At the time that I was doing interviews, most people in the plastics industry were very concerned about the rising price of oil, and all the big petrochemical companies were trying to figure out how to move their plastics businesses closer to the Middle East and closer to sources of oil. Fracking has been a gamechanger in that regard. It’s rejuvenated the American plastics industry. There are dozens of plants going up along the Gulf Coast and in Pennsylvania and Ohio, where they’re building new capacity to produce the building blocks of plastics.

My fear is that just as we’re realizing the problems with our dependence on all of this cheap, single-use plastic stuff, we’re going to get a whole bunch more of it in the market because the industry is going to have to figure out ways to use all of the plastic that it’s making.

Do you feel more or less optimistic than you did nine years ago?

Well, in books you try to be hopeful. The problem with environmental writing is that you don’t want people to feel helpless and depressed. But one of the things about plastic is that it really points to all of the problematic aspects of our extractive, linear economy, and I think that we are going to have to make changes at a very fundamental level to start to see changes in our relationship with plastic.

I think the growing public awareness about the problems of plastic is really important. That’s what the single-use bans help awaken and keep going. But we have a long way to go beyond getting rid of straws if we’re going to grapple with the problems of our dependence on plastic.

Do single-use plastics concern you more than other types of plastic?

Yeah, I think that’s where the concern is. At the time that my book was published, it was estimated that roughly half of all plastic stuff was single-use. Some of that is for a good purpose. For example, we want single-use syringes – they’re an important guard against spreading infectious diseases. But when plastic gets used for very trivial things, like a bag that carries your groceries from the store to your kitchen, or a Styrofoam cup that keeps your iced coffee cold for half an hour, and then stays on the planet for hundreds of years, that’s when you get a problem.

Your book highlights some of the problems with recycling, which is often touted by plastic industry officials as a solution to plastic pollution. What are some of the myths about recycling that you set out to dispel in your book?

The big myth is the fact that a recycling symbol on the bottom of a product doesn’t mean that it’s recycled. It doesn’t even necessarily mean that it’s recyclable. You buy something and look at that little symbol on the bottom and think, ‘OK, well this isn’t going to go into a landfill,’ and unfortunately, in the case of plastics, that isn’t always true.

Our system of categorizing plastics as one through seven resins is an arbitrary range. One through six refer to specific types of plastic, more or less, but seven is a catchall garbage category. It takes in a whole bunch of stuff, almost all of which is not recycled. In fact, the only plastics recycled in any significant amounts are #1 and #2 plastics, which cover soda and water bottles, as well as milk, juice, and detergent jugs. Those two categories account for the vast majority of plastic recycled from municipal solid waste.

This system was assigned over 30 years ago, but polymer science has continued to evolve and become more advanced. One thing that we’ve gotten very good at over the past half-century or more is making exactly the kind of plastic that we want to make, and making it do exactly what we want it to do. You have all these new plastics that didn’t even exist when the recycling categories were created. What we need is a revolution in product design, so that from the get-go recycling is built into the ways products are conceived and made. That’s the way to a truly circular economy. As things stand now, recycling can’t begin to offset the production of new virgin plastic. That’s why, even though recycling has value, it can feel like a symbolic exercise.