With Record Antibiotic Use, Concerns Mount that Chile’s Salmon Farms Are Brewing Superbugs

In a bid to combat an epidemic fish disease, last year Chile’s aquaculture industry doused its salmon with 557 metric tons of antibiotics — a record high on a per-fish basis. This flood of drugs may be breeding bacteria able to withstand antibiotics widely used in human medicine. But a tight-lipped industry and opaque supply chains are keeping consumers in the dark about how their salmon was raised.

A deluge of antibiotics

Chile’s salmon industry has amped up its use of antibiotics every year since 2010. In 2015, salmon farmers there used 660 grams of antibiotics per metric ton of fish. Norway, in contrast, produces more salmon than Chile but uses far fewer drugs — around 0.17 grams per ton.

Chile’s salmon farmers may use more antibiotics on a per-ton basis than any other player in the meat business. According to a 2015 study, the 2010 global average for hog production — a notoriously drug-dependent industry — used 172 grams per ton of pork.

According to Liesbeth van der Meer, the executive director of Oceana Chile, all of the antibiotics fed to salmon are identical or chemically similar to antibiotics used in human medicine.

Tetracycline, for example, is used to combat ailments as diverse as acne, Lyme disease and gonorrhea. Trimethoprim, an antibiotic classified by the World Health Organization as an “essential medicine,” is a first-line treatment for bladder infections. And quinolones, a family of drugs that include Cipro and Avelox, are broad-spectrum antibiotics that other countries have banned for use in aquaculture.

The soup of antibiotics in Chile’s salmon pens gives bacteria plenty of opportunity to evolve drug-resistant mutations — and that’s exactly what researchers have found. 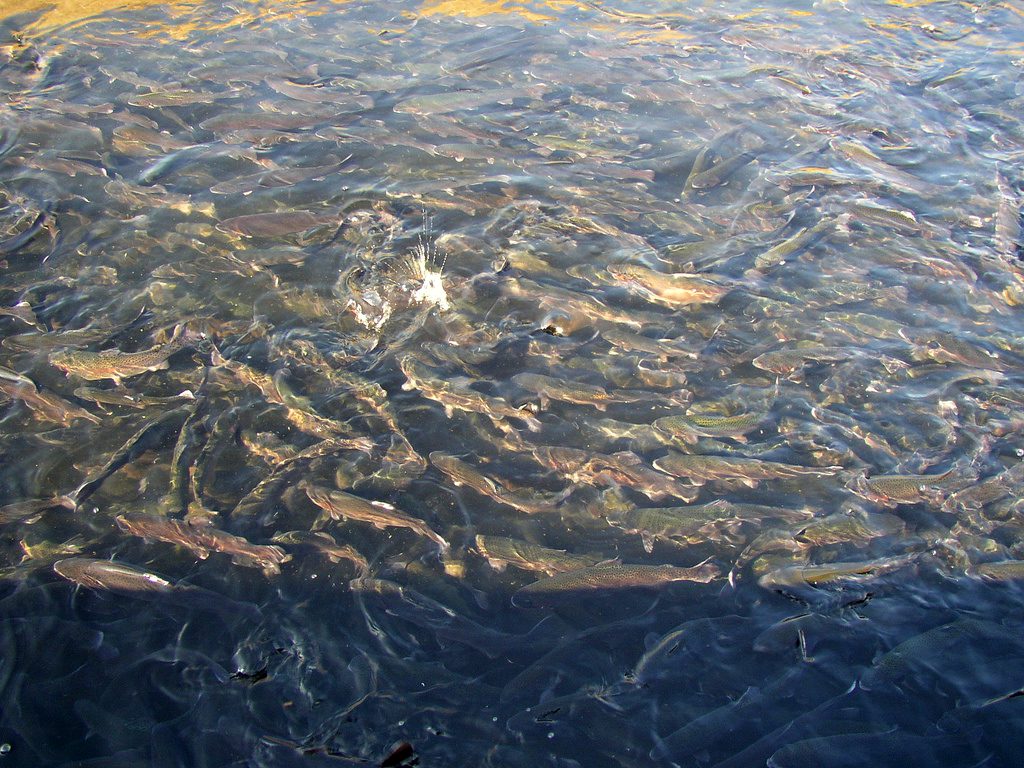 In 2002, scientists examined bacteria from four farms and found “high-level” resistance to tetracycline. They also found multi-drug resistant microbes in water, sediment, fish feed and the salmon themselves.

Worryingly, the study also found no significant difference in resistance between aquaculture and non-aquaculture sites. This suggests that water currents had spread bacteria far from the farms where they arose. Resistant bacteria were so widespread, the researchers noted, that it was “impossible” to find a pristine control site in Chile’s aquaculture region.

“The risks to humans are complicated,” said Marion Nestle, a professor in the Department of Nutrition, Food Studies, and Public Health at New York University.  “If the fish’s bacteria develop resistance to the antibiotics, and people in contact with the fish get infected with pathogenic antibiotic-resistant bacteria, the antibiotics will be useless in fighting the infection.”

While there is no evidence of salmon-human transmission of drug-resistant bacteria, other signs suggest that powerful germs bred in food animals have already made the jump to people.

In 2011, researchers testing pork in China discovered E. coli able to withstand colistin, a last-resort drug used when other antibiotics fail. Colistin resistance quickly spread to other countries. In May, it surfaced for the first time in the United States — in a sample of pig intestine, and as a virulent bladder infection in a Pennsylvania woman.

Scientists worry that the global rise of superbugs heralds a return to the “bad old days” when a scratch from a rose thorn could kill, and childbirth or surgery were often death sentences. According to one estimate, by 2050 antibiotic resistance could kill more people each year than cancer.

A sea of secrecy

According to van der Meer, it’s highly unlikely a consumer could pick up a drug-resistant bug from a raw fillet. But the same is not true, she said, of aquaculture workers who handle medicated fish feed or locals that eat wild-caught fish that swam near salmon pens. 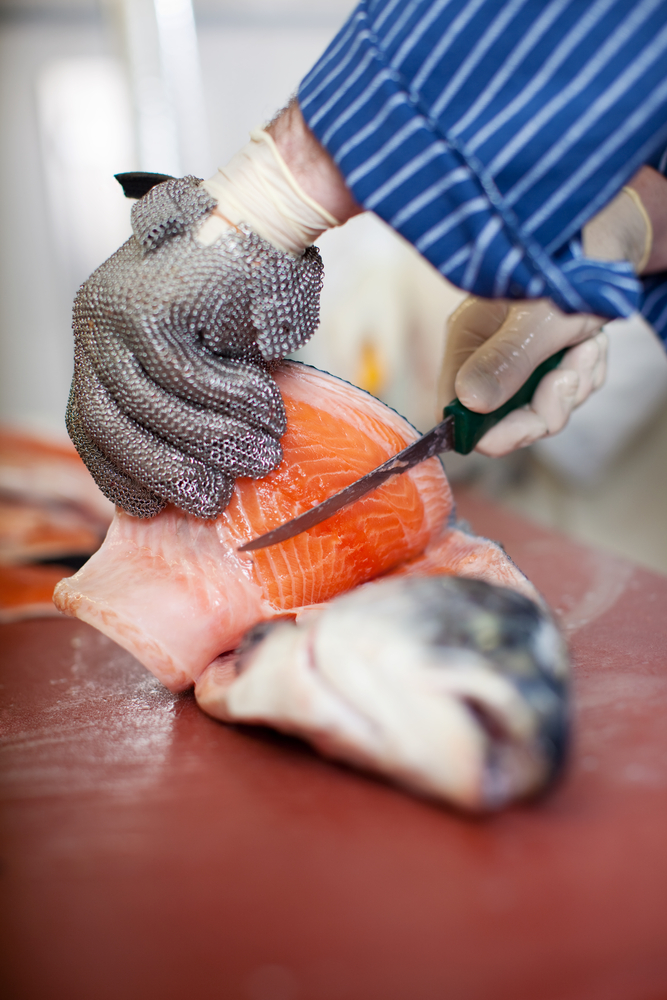 Diseases that infect fish can be genetically similar to human pathogens. And even distantly related bacteria can swap genetic material in a process called horizontal gene transfer. Gene transfer is thought to be the primary engine behind the spread of drug-resistant traits.

Despite these risks, Chile’s salmon industry has refused to disclose on a company-by-company basis how much and what type of antibiotics it uses. But this is about to change. In early June, a Chilean appeals court ordered Sernapesca, which regulates the country’s fisheries, to disaggregate the details of antibiotic use for 2014.

Spurred by consumer concerns, some grocers in the United States have phased out Chilean salmon. Most of Trader’s Joes’ salmon and all of Whole Food’s salmon comes from countries outside of Chile. But Chilean salmon is likely widely available at other stores and restaurants. A Costco representative refused to comment on whether their stores sell Chilean salmon. Walmart and Safeway did not return requests for information.

The cocktail of drugs fish farmers feed salmon are their main defense against piscirickettsiosis, a fish disease that causes skin lesions, internal bleeding and death. This malady only reaches epidemic proportions in Chile. Outbreaks that kill 1 to 15 percent of untreated salmon in Canada or Norway can wipe out up to 90 percent of fish in Chile.

Paul Midtlyng, an expert on fish disease at the Norwegian University of Life Science, said that Norway’s “mandatory zoo-sanitary regime” was likely behind its success in keeping the disease at low levels.Rather than using antibiotics, Norway relies on vaccines, sanitation measures and limits on farm density and location to keep its fish healthy.

Though a piscirickettsiosis vaccine is currently undergoing trials in Chile, van der Meer argued it is only a band-aid solution. “Even with a vaccine against one disease, other diseases will follow,” she said. “It’s not an issue of a particular outbreak, but rather bad practices and poor sanitation.”

She cited a 2007 viral epidemic that killed off half of Chile’s salmon and cost the aquaculture industry $2 billion. The virus, which had hitched a ride on eggs shipped from Norway, flourished in the country’s dirty, overcrowded fish pens. 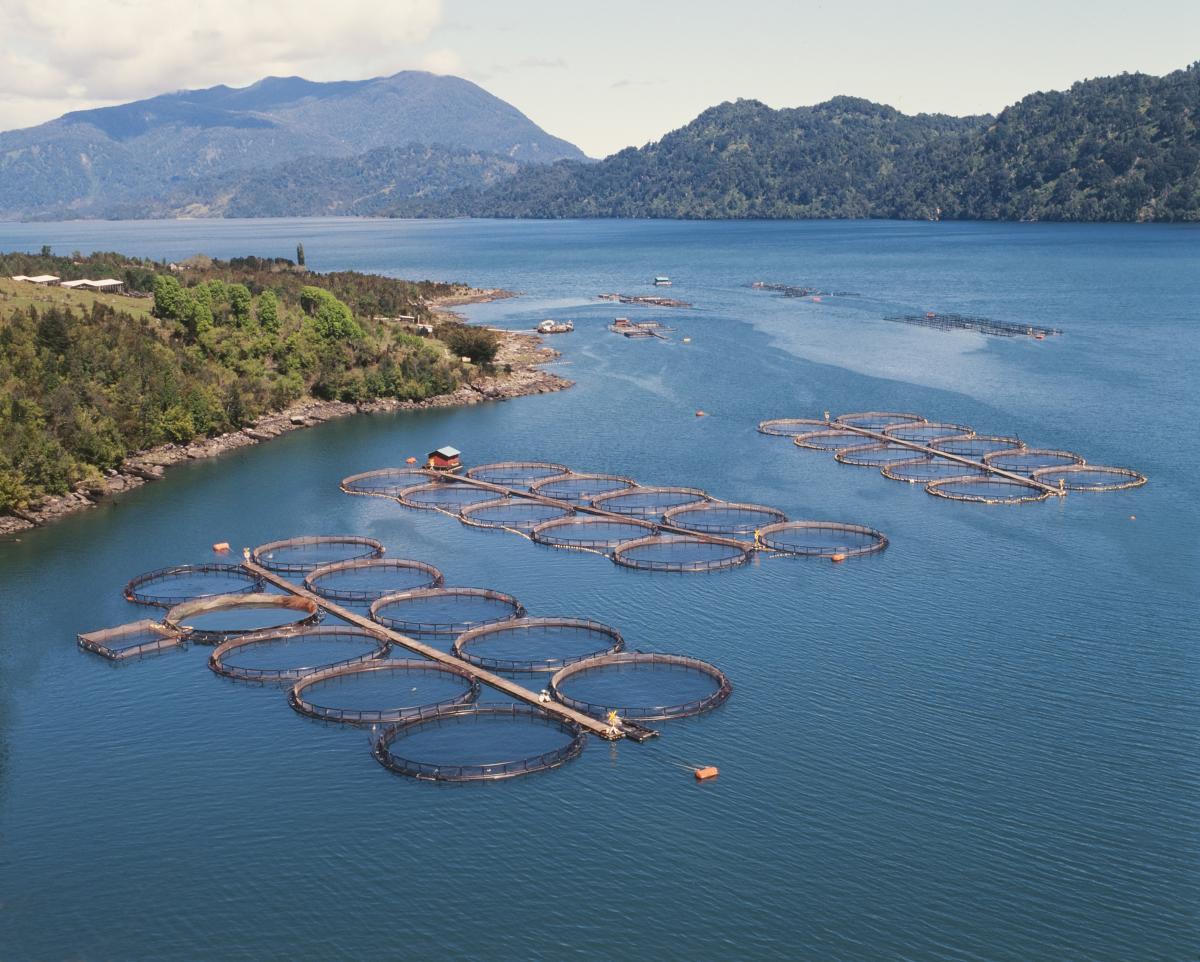