Recycling Myth of the Month: Plant-based bioplastics are not as ‘green’ as some think

Some bioplastics are compostable, but they generally require an industrial composting facility to process these materials. Many towns and cities do not have access to these facilities.
Shutterstock/MikeDotta

For decades, the general public has been enamored with the idea of recycling, but the reality is far from what’s promised. As we’ve covered in other parts of this series, 91% of plastic waste has been landfilled or burned, or found its way into our seas. Only 9% has been recycled.

Given this systemic failure, why is recycling repeatedly touted as the solution to plastic pollution? One reason is that recycling is an effective “guilt eraser,” in the words of a former lobbyist for the American Chemical Society – the plastics industry trade association – who was quoted in Susan Freinkel’s book Plastic: A Toxic Love Story. The idea of recycling appeals to consumers who feel guilty about using a throwaway product that will likely outlive them. By satisfying these consumers, it also enables the industry to continue ignoring the problem and producing new plastics at breakneck speed.

However, as awareness spreads among consumers and recycling becomes a less convincing guilt eraser, new ones have emerged. Bioplastics are among them, and like regular plastics, they come with a big catch.

What exactly are bioplastics? 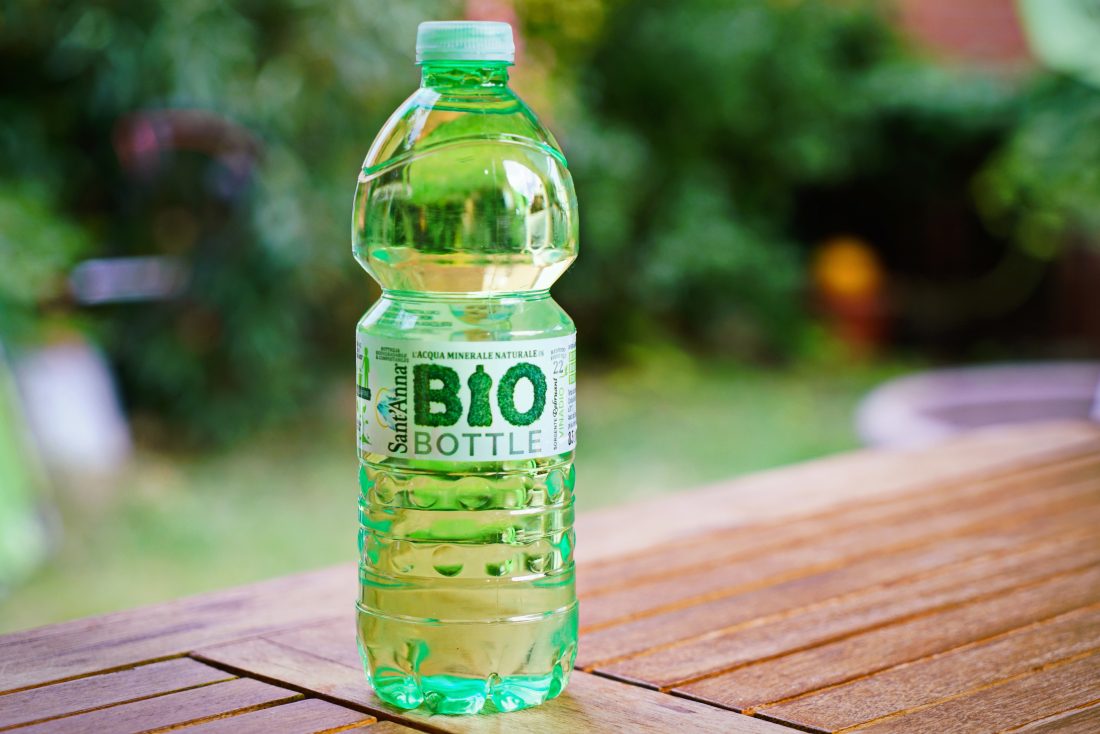 At first glance, bioplastics seem like an appealing alternative to regular plastics. They look, feel, and perform like plastic, but they get their shape and sturdiness from renewable sources – like corn starch, sugarcane, and plastic-producing microorganisms – instead of petroleum.

Further, some scientists estimate that while regular plastics will linger in landfills for hundreds of years, some bioplastics will break down in weeks or months under certain conditions. These plastics are often labeled “compostable” or “biodegradable” – two terms that purportedly promise to dissolve your takeout lunch container along with any guilt you may be feeling.

Some and certain are the words we should focus on, though. “Bioplastic” is actually an umbrella term that encompasses several categories of plastic that differ in how they’re made and how much of their content comes from renewable sources. First, and importantly, not all bioplastics are biodegradable (able to naturally break down into smaller molecules) or compostable (able to biodegrade in controlled environments). Confusingly, the Plastic Industry Association’s very own definition states that a bioplastic is “partially or fully biobased and/or biodegradable.”

Take “biopolymers” for example. These naturally-derived materials are biodegradable, but they typically require the searing heat of an industrial composting facility to fully decompose. In many U.S. cities, these facilities do not exist – and placing them in the recycling bin isn’t the solution, either. When these materials end up in the same sorting stream as regular plastics, they can do more harm than good by contaminating petroleum-based plastics like PET (the kind of plastic used in most beverage bottles). Once that happens, the entire load of recycling will likely be landfilled.

“Bio-based” plastics, on the other hand, are not biodegradable and behave just as regular plastics do. Plant matter can even be fermented into ethylene to create “bio” alternatives to common plastics, such as bio-PET in place of PET. The only distinguishing factor is how they’re made – not how they perform or how long they last in the environment. 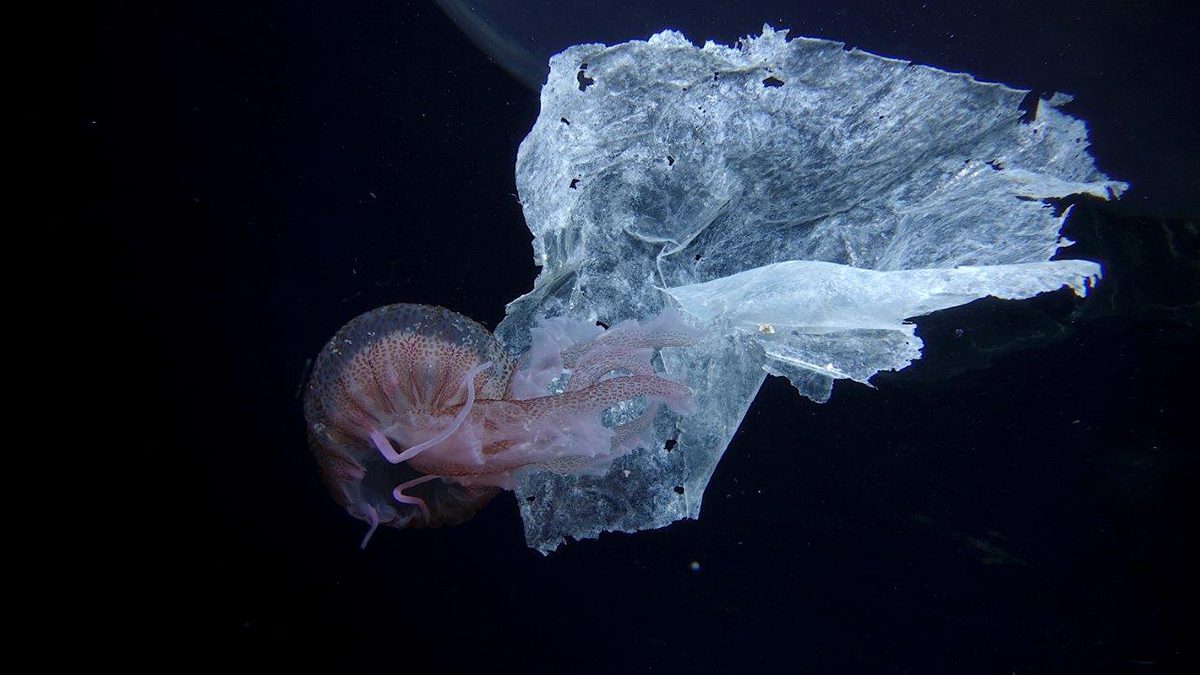 The “bio” prefix may make a product sound greener, but nice-sounding labels won’t stop these plastics from ending up where they shouldn’t. Just like regular plastic waste, bioplastics can wreak havoc on marine environments. Dr. Kimberly Warner, a senior scientist at Oceana, explains that even the biodegradable and compostable plastics are “not certified to degrade in cold marine environments.” Instead of truly degrading, these materials merely fragment into bite-sized microplastics that can be swallowed by fish, turtles, and many other animals.

“Bio-based plastics can be just as harmful as regular plastics,” said Warner. “Instead of using a fossil fuel feedstock, they’re using a modern plant-based feedstock, but it behaves just as other plastics do in terms of persistence.”

The effects of bioplastics on marine life are not fully understood, but researchers are raising red flags. A study led by Lisa Zimmermann, a researcher in Germany, reported that a biopolymer called polylactic acid (PLA) can leach toxic chemicals. PLA plastics are generally made from the sugars in cassava, corn starch, or sugarcane, and you may know them from the takeaway salad containers you get from your local café.

This is the same material that was found to contain toxicity levels similar to that of petroleum-based plastics like polyvinyl chloride (PVC) and polyurethane (PUR). This is because thousands of chemicals are used to make plastic, and some are added to PLA to make it behave like plastic, Warner explained.

The fact that these materials have an eco-friendly image is testament to the power of greenwashing – the act of making a product seem better for the environment than it really is. The Plastic Pollution Coalition, 5 Gyres Institute, and other organizations explained in a report how terms like “ecofriendly” and “biodegradable” confuse and mislead consumers.

Further complicating matters, so­­­­­­­­­­me materials – called “bio-derived” plastics – are made from a combination of fossil fuel and plant sources, but marketers tend to downplay the former and amplify the latter.

“Having some of the feedstock come from modern plants allows companies to advertise with ambiguous words like ‘green’ and ‘natural,’ and depicting green leaves and trees in their graphics,’” authors wrote in their report, titled Better Alternatives Now (BAN) List 2.0.

We must push for less plastic, in all its forms 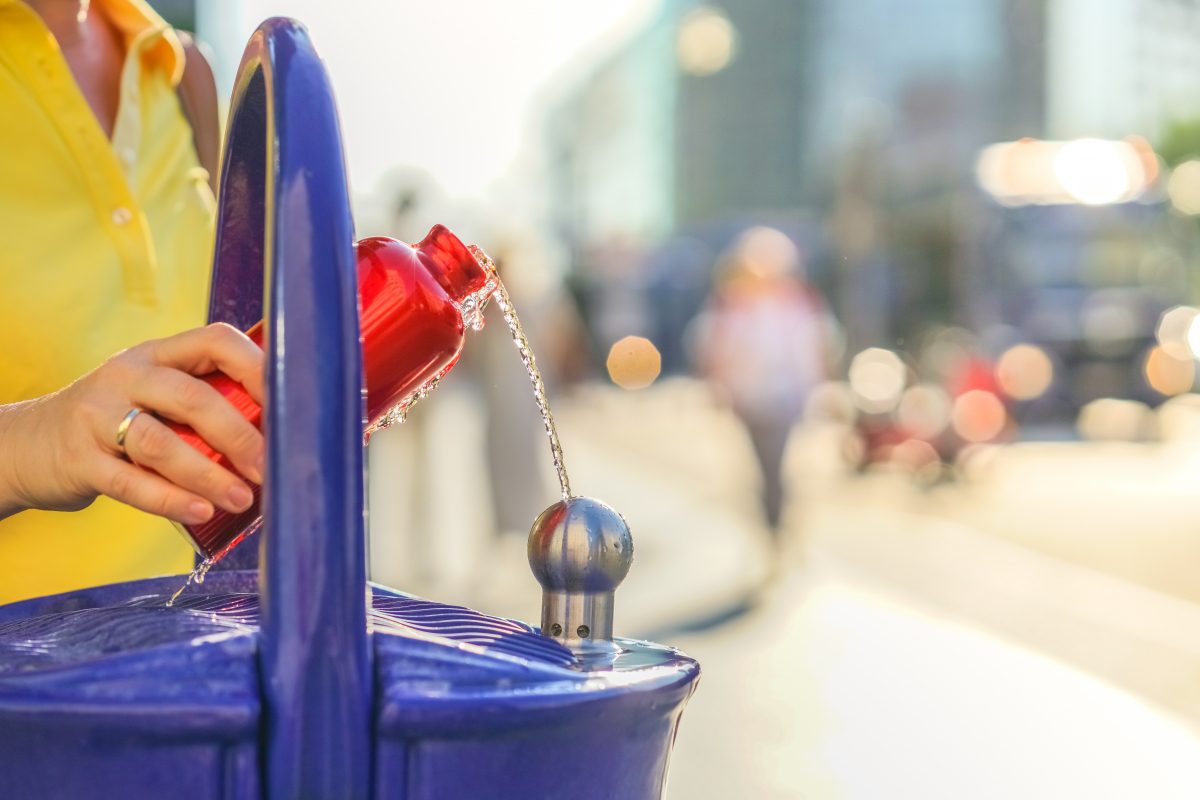 Of all the plastics produced annually, about 1% (or 2.1 million metric tons) are bioplastics, according to the industry association European Bioplastics. Although this represents a small fraction of plastic production, bioplastic production is projected to increase by 300,000 metric tons between 2019 and 2024. Meanwhile, the production of regular plastic is estimated to nearly quadruple by 2050 if we don’t change course. By then, the plastic industry could dominate 20% of all oil consumption and 15% of the global annual carbon budget.

Bioplastics could help reduce the demand for fossil fuels, but they do nothing to address plastic pollution, especially in marine environments. So what should consumers choose at supermarkets? When possible, bring your own refillable containers or look for plastic-free alternatives.

However, the reality is that plastic is ubiquitous and often the only option. That’s why Oceana campaigns for policies that reduce the production, sale, and use of throwaway plastics while calling on companies to provide consumers with plastic-free alternatives. Reducing our consumption of plastic – and not merely substituting it with another flawed single-use material – is the only way to tackle this crisis head-on. To learn more about how you can help protect the world’s oceans from plastic pollution with Oceana, visit oceana.org/plastic.

This article is the second installment in Oceana’s Recycling Myth of the Month series, which highlights common misconceptions surrounding plastics and our ability to recycle or properly dispose of them. Click here to read the first installment, which explains what those numbers on the bottom of plastic products mean.