Recycling Myth of the Month: Plastic waste is not just a ‘developing country problem’

When the subject of plastic pollution comes up in the United States, Europe, or other Western countries, many people’s first instinct is to dodge responsibility and pass the blame onto other nations.

“The problem isn’t us. We recycle and we keep our beaches clean,” you might hear someone say. “They are the ones polluting rivers and oceans with plastic trash.”

They, in these conversations, are typically China, India, and smaller developing countries in Asia.

In 2019, then-U.S. President Donald Trump echoed these sentiments when asked about the ubiquity of plastic waste. “Other countries are not taking care of their plastic use and they haven’t for a long time,” he said. “And the plastic that we’re getting is floating across the ocean from other places, including China.”

While China certainly contributes to plastic pollution, recent research shows that Western countries are just as culpable – and perhaps even more so, since much of that plastic is Western waste in the first place.

A study led by oceanographer Dr. Kara Lavender Law found that the U.S. generated the largest amount of plastic trash in the world, disposing of nearly 92.6 billion pounds of plastic in a single year. Using the most recent available data from 2016, researchers determined that the U.S. produces six to eight times more plastic waste per person than its counterparts in China and India, respectively.

Europe’s role can’t be ignored, either. Even though Europe has a significantly smaller population than India or China, the European Union generated more plastic waste than either of these Asian nations. 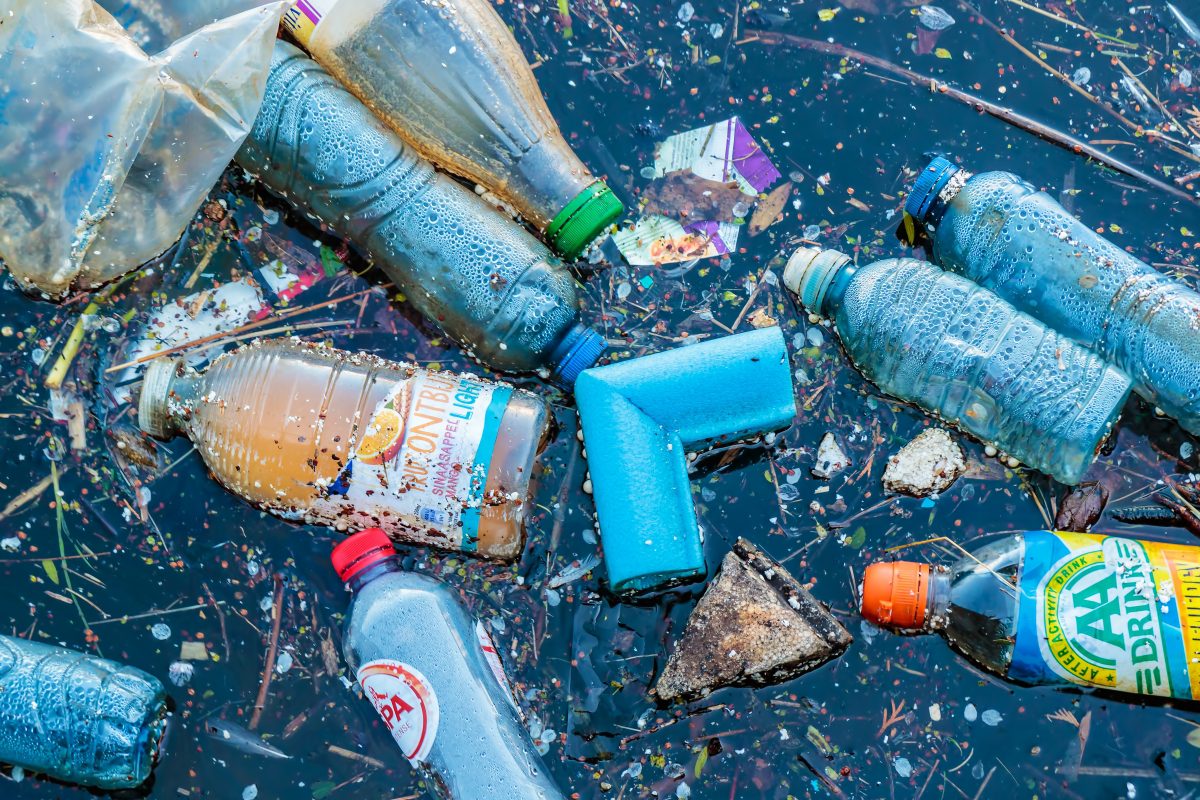 Instead of tackling their own mountains of plastic waste, Western countries have largely outsourced the problem to the Global South. For decades, wealthier countries shipped their unwanted plastic trash to countries like Vietnam and Malaysia, which did not have the infrastructure nor the resources to properly dispose of them.

Too often, these countries were set up to fail because the plastics they received were never recyclable to begin with. (And as other researchers have highlighted, plastic has an abysmal recycling rate, with only 9% of plastics ever getting reused a second time.) With no viable alternatives, many of these plastics were burned or landfilled. Others ended up in local waterways, many of which led to sea.

That’s why, when we look at places where plastic pollution is most prevalent, we must question the true source of that waste. If you factor plastic exports, litter, and illegal dumping into the equation, the U.S. is the third largest contributor to coastal plastic pollution, according to the paper by Law and colleagues.

“For years, so much of the plastic we have put into the blue bin has been exported for recycling to countries that struggle to manage their own waste, let alone the vast amounts delivered from the United States,” Law said in a statement last fall, when their paper was released. “And when you consider how much of our plastic waste isn’t actually recyclable because it is low-value, contaminated, or difficult to process, it’s not surprising that a lot of it ends up polluting the environment.”

That is slowly starting to change. China stopped accepting most imported plastics in 2018, and at the beginning of 2021, the EU banned its countries from sending non-recyclable plastic abroad. While it is encouraging that countries are starting to take responsibility for their own plastic waste, it is important to remember that plastic is a global problem that requires global solutions.

Even if one country was doing most of the polluting, as former President Trump insinuated, it makes little difference once plastics enter marine environments. After all, the world’s five oceans are really just one big, interconnected body of water. Trump was correct in suggesting that plastic can travel in the ocean. Researchers have found that plastic can be transported thousands of miles, pushed along a “global conveyor belt” of oceanic currents. However, he overestimated China’s role. It is difficult to pinpoint the source of a particular patch of ocean plastic, but the data shows it certainly isn’t all coming from China.

Practically nowhere on Earth has been untouched by plastics. This difficult-to-destruct material has been found at the furthest extremes of our planet, from the top of Mount Everest to the bottom of the world’s deepest ocean trench. Tiny microplastics, invisible to the naked eye, are in the air we breathe. Plastic knows no bounds – and that includes national borders. 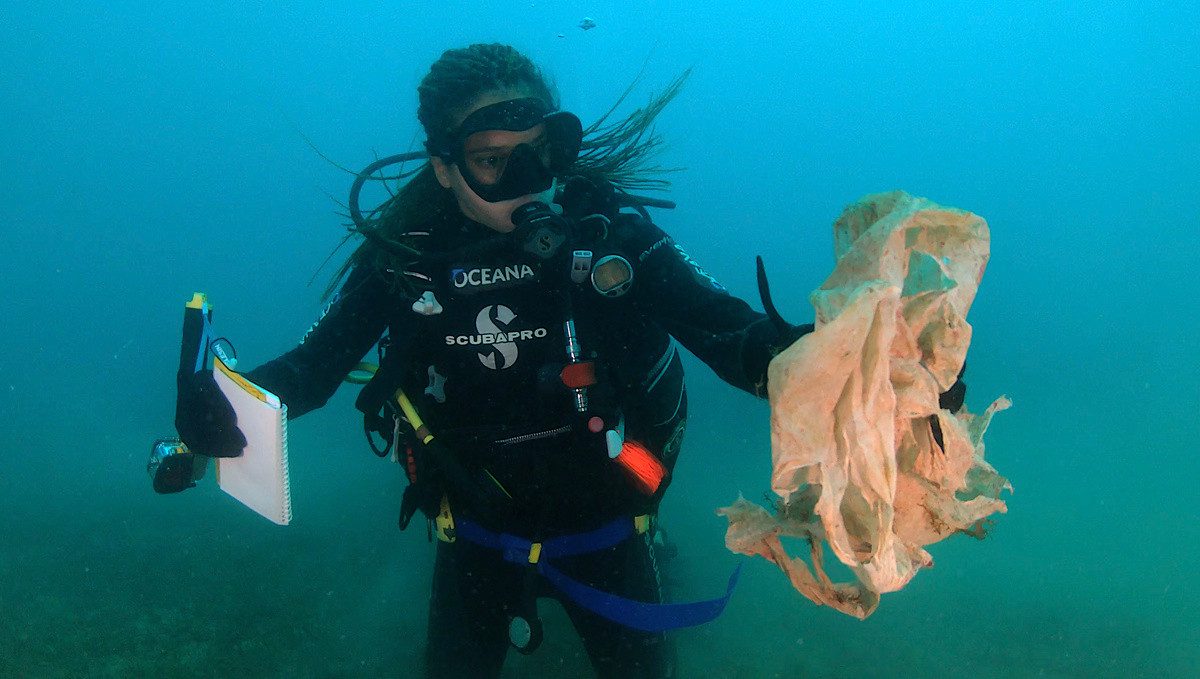 Rather than finger-pointing, we must acknowledge that plastic pollution, like it or not, is the shared responsibility of governments and corporations in developed and developing countries alike. Oceana’s plastics campaign spans the globe, with teams working in eight countries, plus Europe, to reduce or eliminate single-use plastics that far outlive their usefulness. We have already won policy victories that achieve this goal in Belize, Peru, New York state, and numerous cities across the U.S.

The plastics industry may have created this crisis by churning out an endless stream of single-use plastics, all while perpetuating myths about our ability to recycle them and pitting countries against each other in the process. However, it is now up to each of us to hold the industry to account and prevent plastics from overtaking our shared, global ocean.

This article is the third installment in Oceana’s Recycling Myth of the Month series, which highlights common misconceptions surrounding plastics and our ability to recycle or properly dispose of them. The first installment explained what those numbers on the bottom of plastic products mean, and the second explored whether plant-based bioplastics are actually better for the environment.