To save sharks, the U.S. has to stop trading their fins

A shadow looms out of hazy, blue depths. It circles once, then fades as quickly as it came. That’s all you see of the shark: a faint shape. Yet you float suspended between awe and fear, watching the place where that phantom appeared.

Sharks bring out the best and the worst in us. They glide through myths as gods and guardians, and inspire terror as the stuff of Hollywood nightmares. But sharks are neither deities nor demons. They are ancient predators essential to healthy oceans. And humans are killing them faster than they can recover — fins from as many as 73 million every year end up in the global trade, which is driving many shark species to the brink of extinction.

Efforts to save sharks usually focus on one of the more brutal ways they’re killed: hauled onto ships and stripped of their fins alive, then thrown overboard to die slowly. This practice, called finning, is illegal in the United States. We still import and export shark fins though, even from countries where finning continues.

The fin trade itself gets a lot less attention than inhumane fishing practices. But as long as fins are bought and sold here, sharks will keep dying globally to meet the demand. 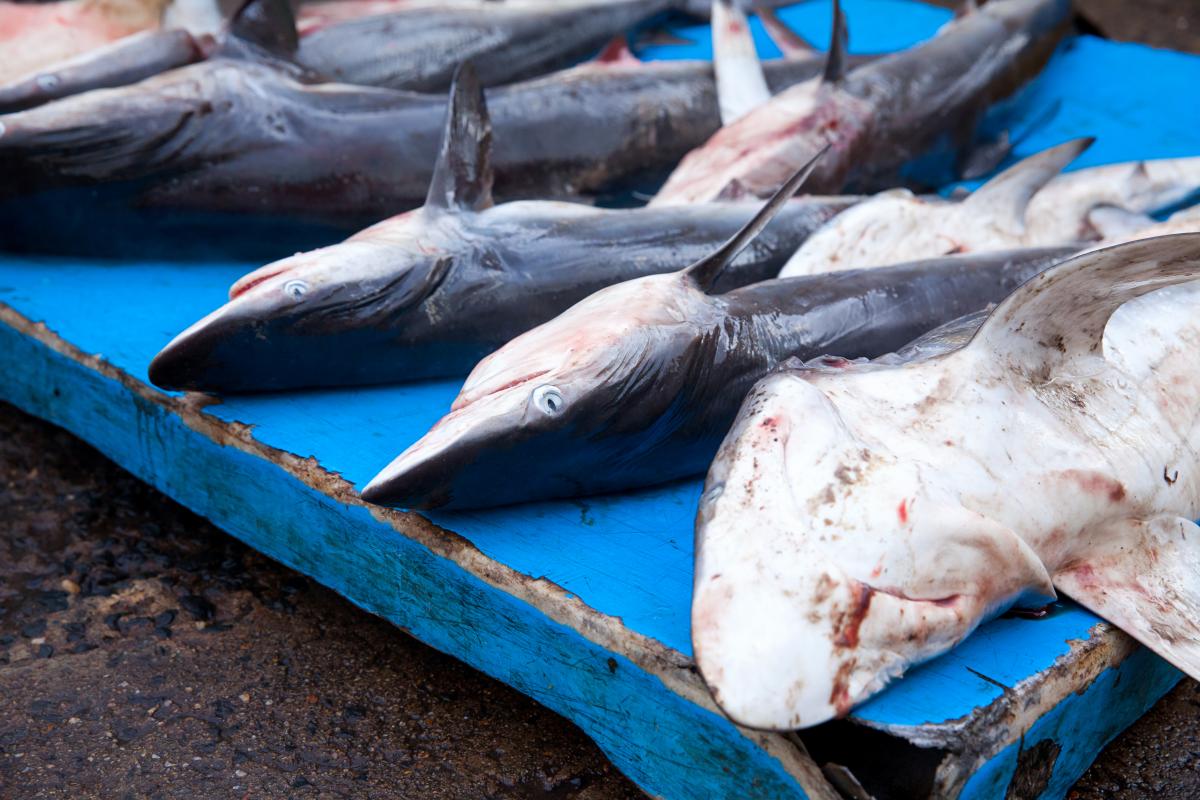 Today, the fin trade threatens many species of sharks, whose dried appendages end up in shark fin soup, a popular dish in some Asian cuisines. Losing these predators would be disastrous for the oceans and for people.

In the undersea world, sharks are regulators. They hold prey and competitors in check, and “keep things in a healthy balance,” says biologist Hannah Medd, founder of the American Shark Conservancy.

Above water, sharks regulate local economies too. Tourists spend hundreds of millions of dollars to see them in the wild every year. All that money sustains coastal hotels, restaurants, dive outfitters and more. In 2016, tourists spent $221 million on shark encounters in Florida alone.  That same year, the entire United States exported a paltry $850,000 in fins.

The United States ostensibly knows the importance of sharks. Congress banned finning in 2000. Shearing off a shark’s fins and dumping the body at sea is illegal. But fishermen can still fish for sharks for their fins in the U.S. today. The appendages just have to be attached to the whole, intact body, when it arrives onshore.

So yes, brutally chopping sharks’ fins off while they’re still alive is illegal. But importing and exporting fins is still allowed, even while some populations decline. That keeps the fin market running.

Now, Oceana is taking aim at the whole U.S. shark fin market. New bills to ban all import and export are working their way through Congress. Some states, like California and Oregon, already have trade restrictions. Others don’t. Patchwork laws across the country can be problematic, says Oceana marine scientist Mariah Pfleger.

“If there was a nationwide ban, then any fin would be illegal,” Pfleger says. “That would be a lot easier to enforce than the state-by-state thing we have going on right now.”

A nationwide ban would remove the U.S. from the fin trade, and reduce demand for fins collected in countries like China, Indonesia, Japan and Thailand, where finning is still allowed. The United States isn’t the biggest player in the trade. But a ban here would send a strong message to the rest of the world: Stop wastefully killing sharks.

Getting countries like the United States out of the global shark fin trade will give these predators a chance to persist, to grace our dreams and nightmares. Let’s keep these elusive phantoms alive and in the oceans, rather than remembering them as a shadow of what once was.