Hundreds of miles off the Philippine coast, an untouched oasis lies beneath the waves. Terraces of coral sprawl into the dim blue. Tropical fish weave through huge sea sponges. Whale sharks and tiger sharks occasionally glide overhead. This Shangri-La is Benham Bank, and it’s one of the Philippines’ last, best chances to protect old-growth coral reefs.

It’s no secret that ancient reefs are in trouble. From Australia to Hawaii, they are succumbing to pollution, destructive fishing, and the effects of climate change. Things are especially dire in the Philippines. More than a million fishermen depend on the country’s coral reefs, but today 54 percent are badly damaged.

Benham Bank, recently renamed Philippine Rise, is a rare exception. Its reefs have dodged fishing pressure and pollution because they’re so far offshore. “You don’t see any wrappers from potato chips. You don’t see fishing line tangled as much,” says Oceana Chief Strategist Margot Stiles. “To find a reef this healthy and intact is very special.”

But special doesn’t mean protected. At least, it doesn’t yet. Benham Bank doesn’t have legal safety today. It’s vulnerable to the same pressures that have devastated other reefs. That’s why scientists are racing to study Benham, and why Oceana is working with the Philippine government to get solid management laws in place. Without legal protection, this unique place could slip away.

Incredible is an understatement when it comes to Benham Bank. The 17,000 hectare area is home to old-growth corals and hundreds of species of fish. It boasts 100 percent coral cover in some places, and sits atop the highest, shallowest peak of an extinct underwater volcano.

Don’t imagine Benham as your next SCUBA spot though. While the reefs are beautiful, they’re both remote and deep: from 35 meters (115 feet) down to 150 meters (492 feet) below the surface, in the twilight “mesophotic” zone. Diving down there takes special gear and years of experience. And help is far away if something goes wrong, says professional diver Miguel Zulueta, who filmed underwater for the 2016 expedition.

Mesophotic reefs are deeper than shallow, coastal reefs, but share many of the same species. So while these deeper spots can be risky for human visitors, they’re potential refuges for fish and corals. Their cool waters may shield animals from a warming climate, and their remote location can help protect them from nearshore overfishing and intensifying storm surges.

At these depths, Benham Bank is a unique blend of shallow, warm water corals, together with deeper, cold-water species, Stiles says. Pacific bluefin tuna and other fish appear to come here to breed. The reef is also a nursery for important food species that sustain Philippine coastal communities.

Treasure for the taking?

Without smart management, Benham could be overfished and damaged, says Marianne Saniano, an Oceana scientist in the Philippines. Large international fishing vessels are already descending on the area. And the seafloor beneath the reef may be targeted by destructive industries in the future.

Scientists have only been studying Benham for a few years, Saniano says. But based on early research, Oceana is working with the Philippine government to declare Benham Bank a no-take zone by 2018. A fishing ban will protect wild stocks and shield the reef from destructive gear.

Today, Oceana Philippines is working with the country’s Biodiversity Management Bureau and Bureau of Fisheries and Aquatic Resources to permanently protect the reef from all future fishing and resource extraction. By closing off this one area, the hope is that it will act as a reservoir to supply fish to other, shallower areas that Filipino fishermen need.

“Relatively few people are fishing there compared to many on the mainland,” says Stiles. “It’s worth reserving this place, so we have security for the future.” 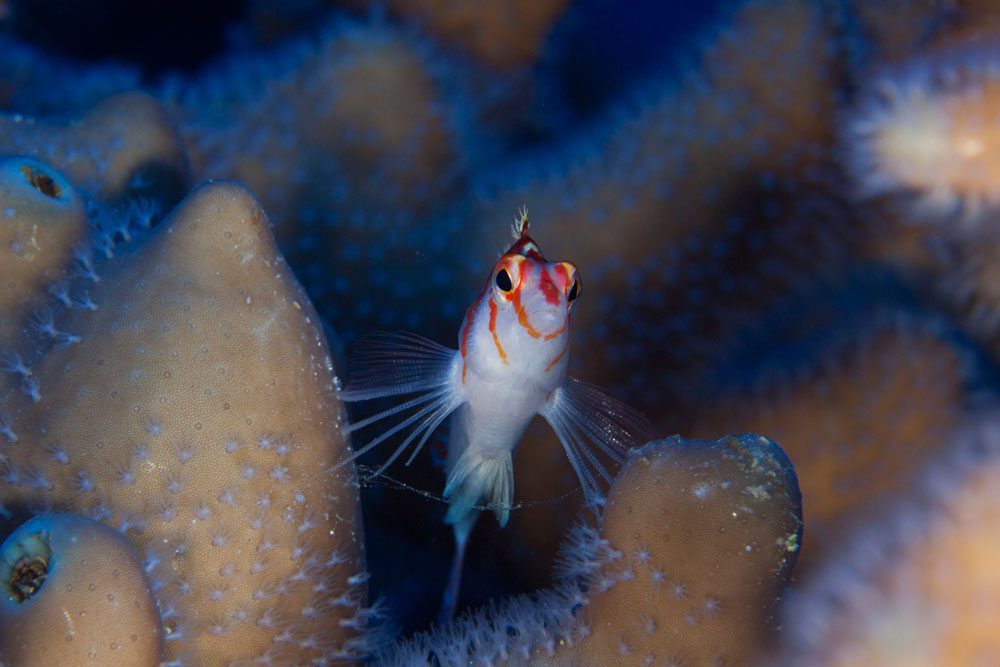