In response to the hot-topic of global warming, scientists in Hawaii are experimenting with “super coral” that they hope will be able to better withstand warmer and more acidic oceans anticipated with climate change.

And, the key to achieving “super coral” is expected to lie in an age-old theory applied in brand new ways— evolution.

Researchers out of the Hawaii Institute of Marine Biology are using selective breeding to determine which coral strains are strongest in stressful waters, and then breeding resilient strands with one another to preserve the stronger traits. Researchers hope this process will help to reverse the rapid coral reef decline that has come as a result of global warming.

The research comes at a critical time when just last month the National Oceanic and Atmospheric Association (NOAA) declared the third global coral bleaching event on record, expanding from Hawaii to the Caribbean into 2016. Coral bleaching is a phenomenon in which stressed corals expel the algae that provide their color and nutrients. Over time, these bleached, white corals can perish completely.

Experts have concluded that coral bleaching can occur in response to warmer sea temperatures from global warming. Additionally, ocean acidification— when the oceans absorb more carbon dioxide from the atmosphere likewise as a result of global warming— is preventing corals’ ability to form skeletons.

By the end of 2015, almost 95 percent of U.S. coral reefs will have been exposed to coral bleaching conditions, according to estimates from NOAA.

Applying human-assisted evolution for the first time on wild coral, the research team bathes chunks of coral that already exhibit strong genes in water that mirrors the state of today’s oceans. The goal is to use these resilient corals to build a “bank of coral stocks that are preconditioned to withstand the warmer and more acidic ocean conditions of the future,” researcher and co-grantee Ruth D. Gates said. Ideally, this will also produce greater resilience in the offspring of corals that live in the bank.

Human-assisted evolution, compared to other techniques, takes advantage of natural processes by accelerating the evolution of coral, rather than introducing new evolutionary innovations.

The team has entered into a five-year project agreement in the hopes that by the end of the project there will be a significant stockpile of healthy corals and a place to use them in the wild. Already, some of the “super coral” is scheduled to be transplanted to Kaneohe Bay, where an estimated 60 to 80 percent of corals have bleached this year. 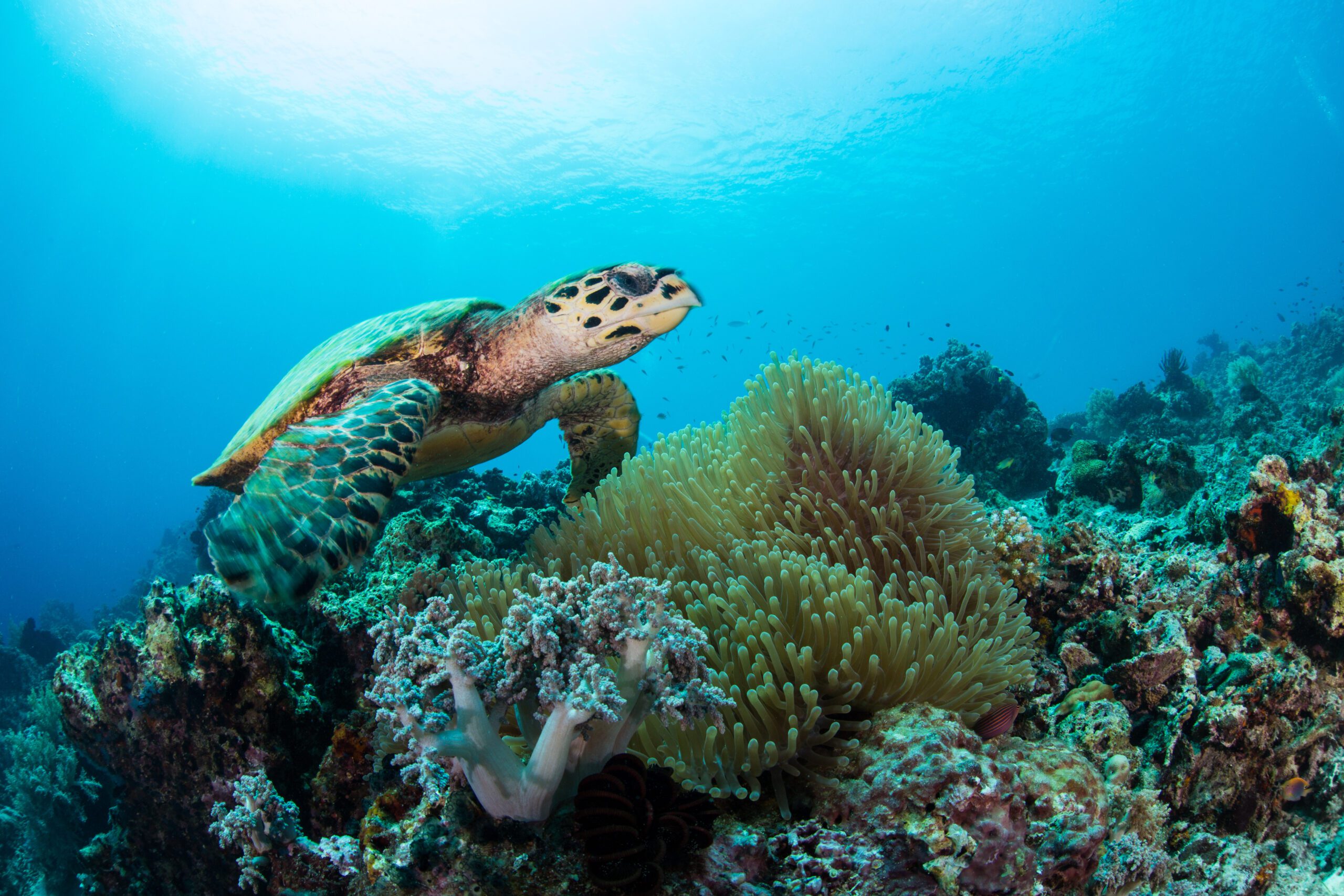 Coral reefs are critical to the ocean ecosystem, providing essential habitats to marine life, protecting shorelines, and driving valuable tourism to destinations around the world.

They are often nicknamed the “rainforests of the sea” for being one of the most diverse ecosystems on the planet, where at any one reef, a thousand species could be observed living there. A spectacle of vibrant blues, yellows, reds and oranges paint a coral reef teeming with life, where reef fish find refuge and sea turtles and sharks feed.

Beginning in summer of 2014, another massive underwater heatwave threatened corals, signaling the third and current global bleaching event. Coral deaths could amount to about five percent of the world’s corals by the end of this year, according to Mark Eakin of NOAA’s Coral Reef Watch. 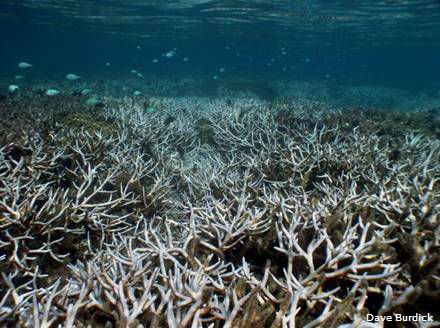 One of the biggest ways to prevent further damage to coral reefs is by reducing overall global warming pollution by humans. Anthropogenic greenhouse gases are the primary cause of warming oceans.

Most recently, Oceana has focused on grassroots opposition to offshore drilling in coastal communities across the United States, and so far 86 municipalities have joined the cause. In 2012, Oceana found that offshore wind could produce as much energy as offshore drilling in the Atlantic Ocean, and would reduce the risk of oil spills and carbon pollution.

You can learn about how to pass a resolution in your town or city here, and go to oceana.org/climate for more information on how Oceana is promoting a more stable climate for the health of our oceans and its coral reefs.