Nearly 150 million Valentine’s Day cards are exchanged each year, but if you have flippers instead of fingers, writing notes love notes just isn’t an option. So, what’s a sea creature to do?

While we’re busy buying chocolates, flowers and stuffed bears for significant others, our favorite marine animals are keeping the “love” alive in some pretty unique ways. From giving each other rocks (and not the sparkly kind) to singing heartfelt songs, these animals prove that there are lots of ways to go courting. 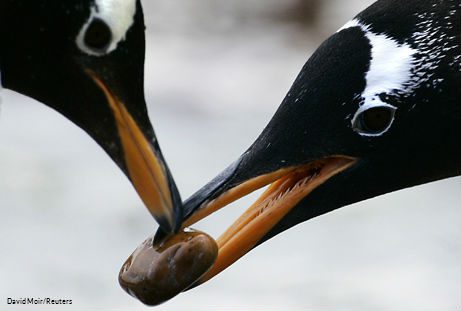 Penguins, with their black and white tuxedo appearance, always look like they’re ready to impress the ladies. But for Adelie and Gentoo penguins, they also need the perfect pebble to seal the deal. These penguins live on rocky shores and prize these small stones to build their nests during mating season. During courtship, a male penguin will find the smoothest pebble to give to a female as a gift. If she likes the offering, she’ll place it in the nest and the two will continue building up their little pebble mound in preparation for the eggs. Of course, “pebble envy” remains a problem for some male penguins who just can’t find the right rock on their own. Instead, they will steal the best-looking pebbles from another penguin and pawn them off as their own. 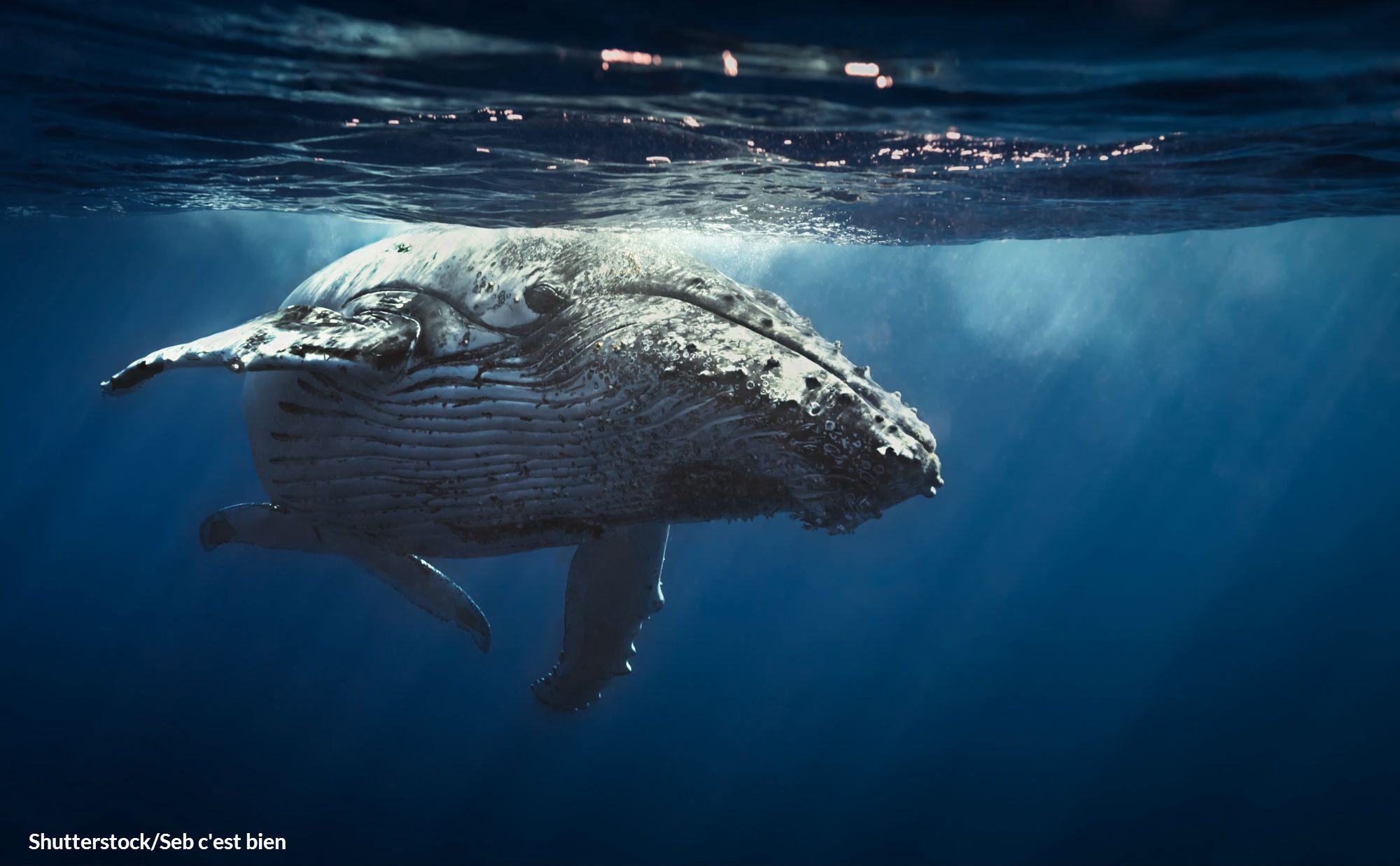 For some species of whale, songs are their romantic gesture of choice. Whales rely heavily on sound to communicate in the water. And when mating season rolls around, male humpback whales will belt out amorous tunes to woo a female. Some research even suggests that males will start to weave complex syntax into songs to convey more information to a potential mate. But, there are always other males ready to imitate successful song styles to win over their own crushes. 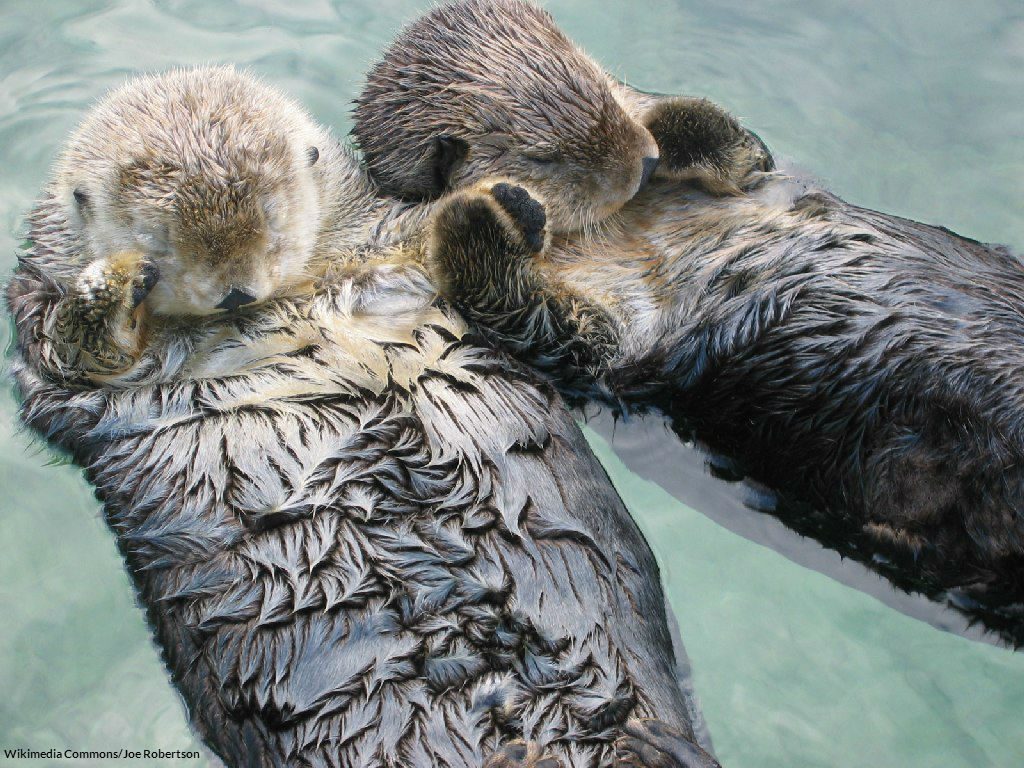 Sea otters lie on their backs when they’re in need of a deep doze, but their prone position also creates the perfect excuse to hold paws with their significant otter. Sea otters will either grab on to each other, or wrap themselves up in kelp, to keep from drifting apart at sea while they rest. But, it’s not all hearts and roses when it comes to mating season. Sea otters are polygynous, meaning a single male can mate with several females. This usually results in fierce competition between males to land a female. 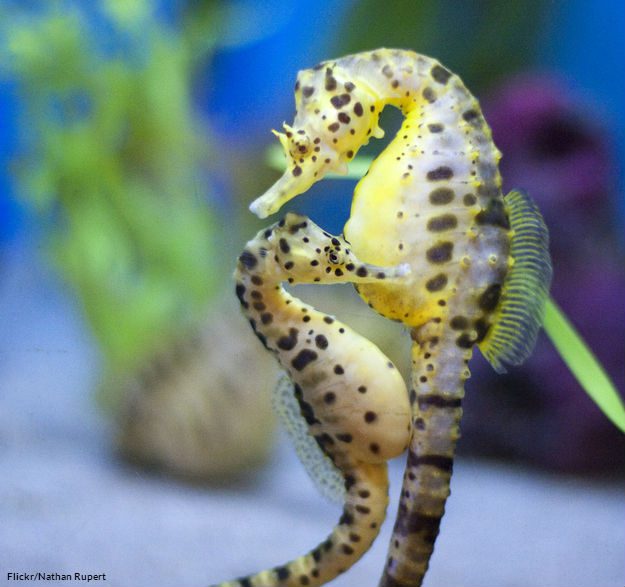 Reproduction for seahorses is a delicate dance in which males and females aim to be perfectly in sync with each other. Studies have shown that seahorse couples will court for several hours, swimming side by side to mirror each other’s movements. The longer two partners are together, the more successful they become at breeding. After mating, the male prepares to do what very few animals, including humans, are capable of doing for their lady. Male seahorses will carry up to 1,500 eggs in his pouch for about 45 days, leaving the females to relax until her babies are ready to be born. 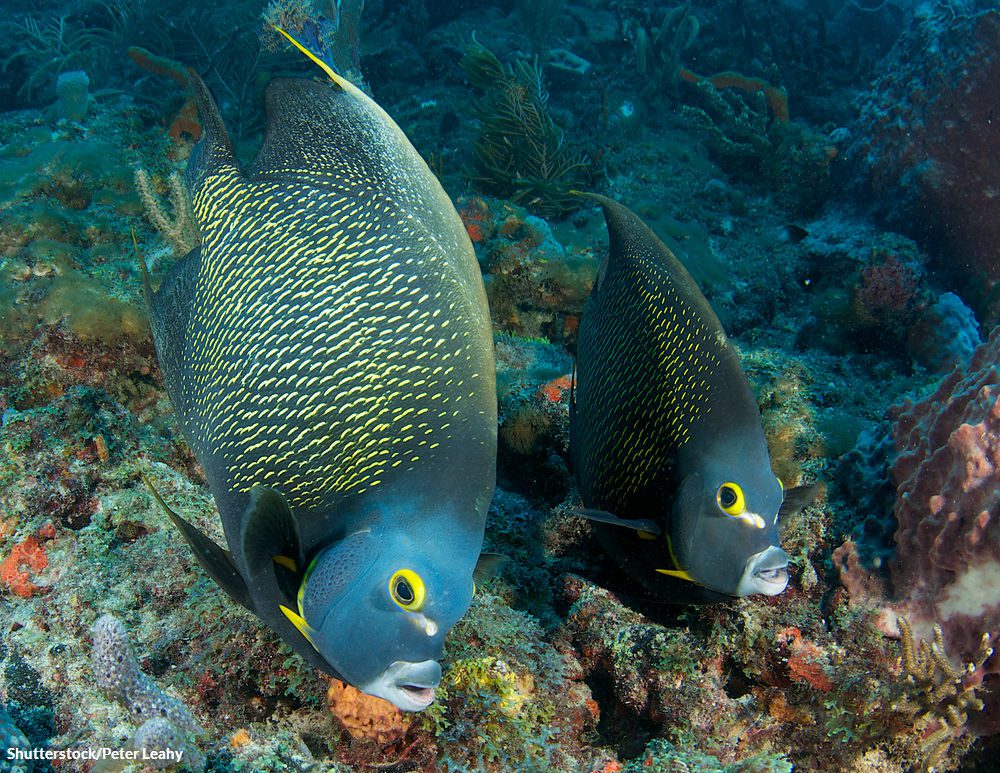 Monogamous French angelfish are rarely without each other: In fact, they’re almost always observed in pairs. Together, they must jointly defend their feeding territory from other hungry fishes, showing that teamwork helps build stronger bonds with your loved one. If they happen to drift apart, their reunion involves behavior known as “carouseling,” circling around each other as a kind of greeting.

Oceana campaigns to protect marine wildlife from future risks in our world’s oceans. You can learn more about the campaign here, or symbolically adopt a sea creature from our store to help make a difference (they also make great belated Valentine’s Day gifts!)