Seeing Colors: The Most Vibrant Species of the Sea

Leave it to spectacular species under the sea to show us there’s more to you than what’s on the outside. On the surface, these animals appear to be just an array of colors, from brilliant turquoise to deep orange and glowing purple. Though beautiful to admire, these different shades are useful in more ways than one.

Oftentimes, species use vivid colors to ward off predators, warn they might be poisonous or to better blend in with their surroundings among coral reefs and kelp forests. Check out our most vibrant snapshots of the ocean’s colorful inhabitants and see for yourself what they have to offer. 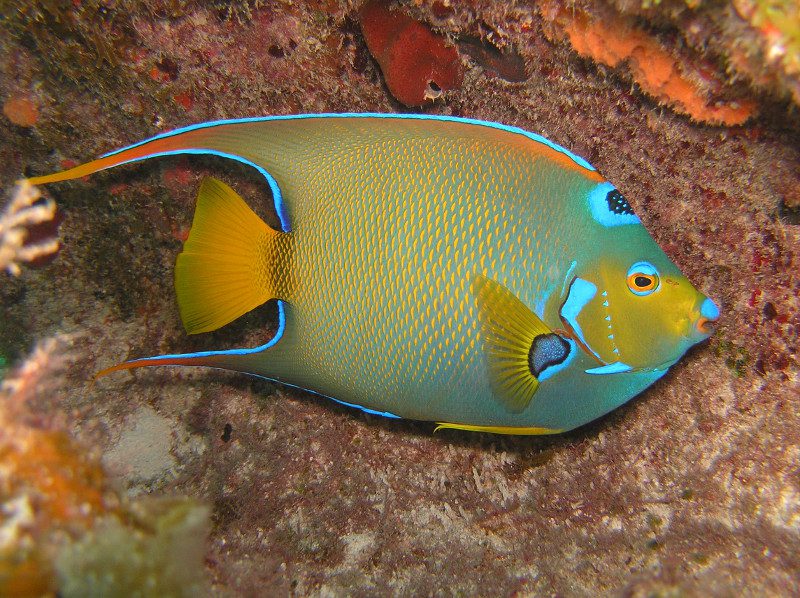 This fish is one of the most brightly colored species of the sea, and can be found swimming among coral reefs of the Caribbean Sea and nearby waters. It typically sports bright yellow, blue or green hues, and the colors even form the shape of a crown on top of its head, thus earning this fish the name queen angelfish. 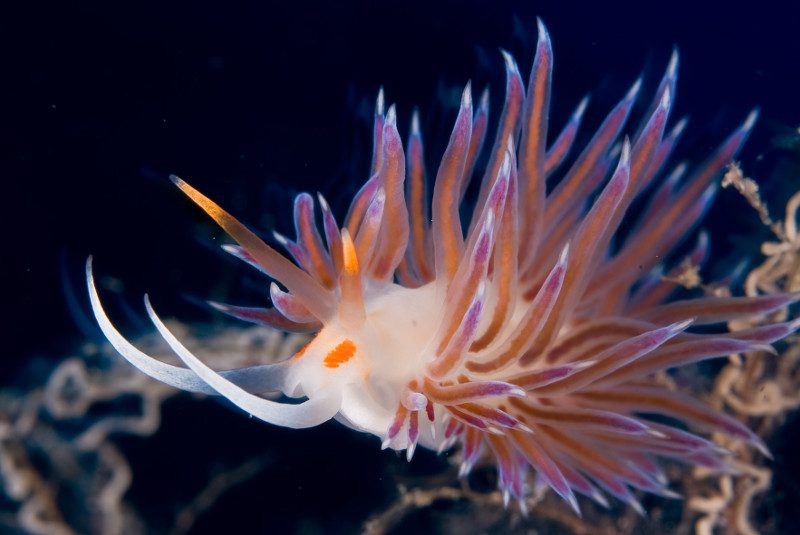 Nudibranchs in the ocean come in almost every color of the rainbow, making them a real sight to see even though they are really just sea slugs. More than 3,000 nudibranch species paint the seafloor in a variety of shades and sizes- from two feet to just a quarter of an inch long. Oftentimes, their coloration, from electric purple to bright red, acts as camouflage against predators and prey. 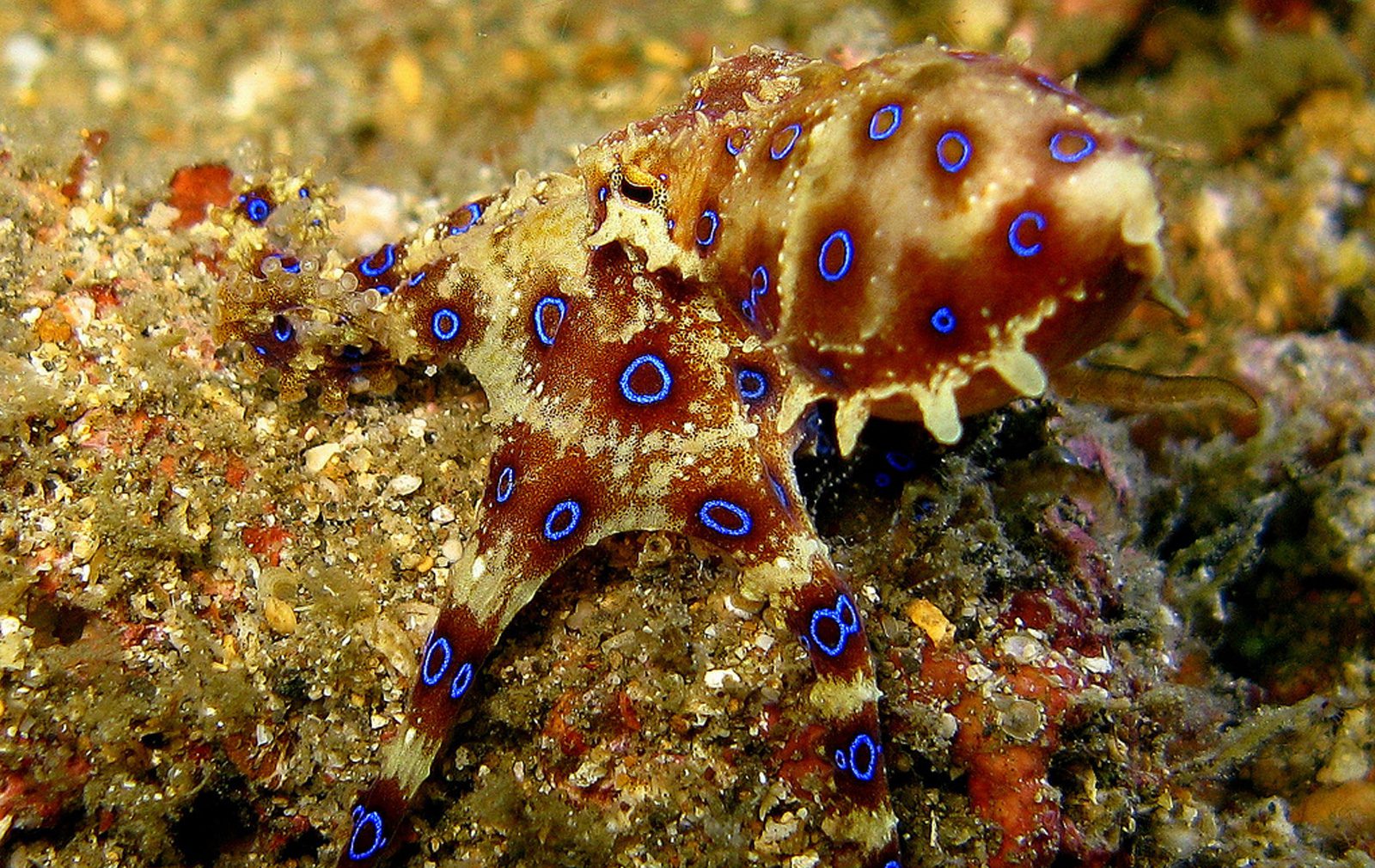 Even though the vibrant spots are enticing to look at, both people and fishy friends know that blue rings underwater mean trouble. The southern blue-ringed octopus is known for releasing potent venom strong enough to kill a human being. Found living off the coast of Australia, their characteristic blue spots are particularly vivid when threatened or agitated. 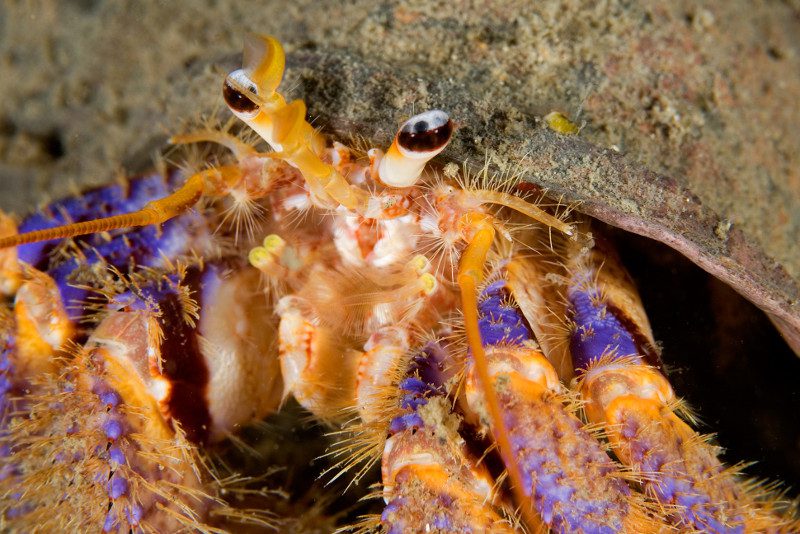 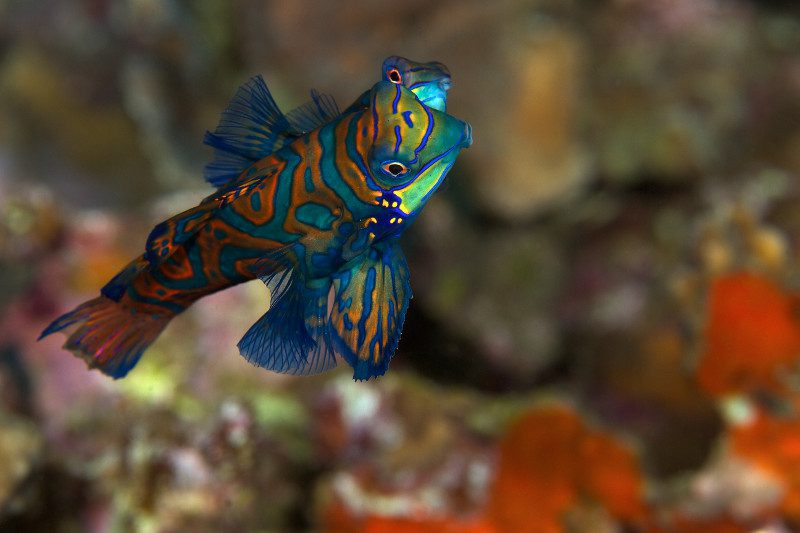 What mandarin fish lack in size they make up for in personality. This fish has an unusual shape and an animated appearance due to its coloration. The mandarin fish is usually blue with bright orange, red and yellow wavy lines. They only grow to be about 6 centimeters long at most, but they’re certainly hard to miss when swimming by.