Shot, Paralyzed, but Not Broken, a Filipino Activist Vows to Keep Fighting for the Ocean

On the afternoon of October 24, 2015, Norlan Pagal was on his way home from a village celebration when a hitman’s bullet tore through his spine.

Pagal, a 46-year-old father of five, had just given a speech on fisheries protection and was eager to change out of his formal clothes before returning for the rest of the festivities. The bullet, meant to kill, left Pagal alive but paralyzed from the waist down.

Pagal had landed in the crosshairs of local criminals for his quiet but relentless commitment to enforcing the rule of law in Tañon Strait, a long, narrow stretch of the sea in the Central Philippines. Over the last 14 years, Pagal has defended his village’s patch of ocean from scores of illegal fishers — surviving beatings, homemade explosives, and gunfights.

Pagal’s bravery has not gone unnoticed. In recognition of his work, a jury awarded him an Ocean Heroes Award in early June. An Oceana initiative, the Ocean Heroes Awards honor citizens from around Tañon Strait who have gone above and beyond to uphold fisheries law and fight for marine wildlife and habitats.

A hero for the sea

Speaking through an interpreter in a hotel room in Cebu City, where he was attending an event with his wife and daughter, Pagal said he was surprised to be honored for his “small contribution” to marine conservation. “Oceana recognizing me as a hero makes me, my family, my neighbors and my ancestors proud,” he said. “I will feel gratitude towards Oceana until I die.”

Pagal, soft-spoken but steadfast, has impressed the local officials who nominated him for the award and the Oceana staff who work with him. “Even though he’s still in the wheelchair, he asks his daughter to push him to the shore to watch for violators,” said Mary Ann Mayo, Oceana Philippines’ campaigns associate. “That’s how dedicated he is.”

Gloria Ramos, the vice president of Oceana Philippines, was even more emphatic: “Norlan’s life story should be made into a movie to galvanize action from both enforcers and citizens.”

Taking matters into his own hands

Pagal is a lifelong resident of San Remigio, a fishing village in Cebu, one of the two islands that flank Tañon Strait. Despite being the Philippines’ largest ocean sanctuary, the Tañon Strait Protected Seascape is rife with pirate fishers and other criminals who operate with little fear of the law.

With a ribbon of white beach bordering a still, turquoise sea, San Remigio’s sleepy surface is deceiving. With the port of Bantayan nearby, San Remigio is a major thoroughfare for pirate fishers heading to shore to offload illegally caught seafood. San Remigio’s location on the northern edge of Cebu also makes it one of the first stopping-off points for commercial vessels coming from the north to target Tañon’s abundant fish —ignoring the laws that permit only small-scale and subsistence fishing in Tañon.

Criminals involved in the drug trade — including, according to Pagal, his own cousin — also take advantage of the region’s lack of law enforcement to transport and sell their wares. 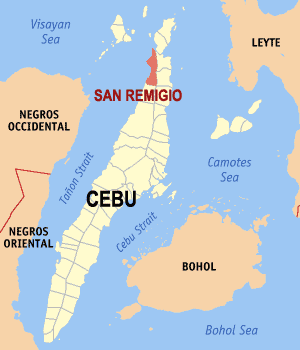 In San Remigio, years of illegal plundering took their tool. Once teeming with snapper, grouper and jack, the village’s fisheries withered away. Pagal, who has been a fisherman since 1979, noticed a drastic drop in catches in 2002. This came as a major blow to San Remigio, where the majority of residents depend on fishing for their food and livelihoods.

Fed up with the crimes happening literally in sight of his front yard — his house faces the sea — Pagal joined San Remigio’s bantay dagat, part of a network of volunteer sea ranger organizations throughout the Philippines. In San Remigio, the rangers patrol their local waters and organize initiatives like bleach clean-ups and mangrove restoration.

During his more than 10 years as the patrol’s leader, Pagal’s work had its highs — like apprehending three commercial fishing vessels in one week — and its lows. When asked how many times he has been shot at, Pagal could not answer: It’s happened more times than he can count.

A history of violence

Pagal’s first serious brush with death came in 2010, when a fisher caught using dynamite to kill animals threw one of his homemade explosives into Pagal’s patrol boat. Luckily, the explosive was faulty and did not detonate.

This near-catastrophe did not stop Pagal. Three years later, just a few days after Typhoon Haiyan had flattened swaths of Cebu, Pagal was out patrolling once again. He spotted a group of fishermen near the village’s marine sanctuary. But when he tried to apprehend them, they beat him with a boat paddle, leaving Pagal with a gash on his head that required 14 stitches.

The attack spurred Pagal to run for the village council. There, he reasoned, he would have greater power to spearhead conservation regulations and enforcement initiatives. He also hoped that political office would help to protect him from harm.

But the violence followed him. Pagal suspects that the nearly fatal bullet that left him paralyzed is related to a group of fishermen he caught using “hookah” air compressors to illegally dive for fish. The investigation is still ongoing.

Even though he was partially paralyzed and confined to a wheelchair, three months after Pagal left the hospital the price on his head remained. Coming home one evening, he spotted a gang of men on motorcycles who had cut their engines to sneak up to his house and kill him.

He now has seven dogs to alert him when strangers come knocking.

Pagal’s bravery is remarkable, but the violence he faces is not. Across the Philippines, environmental defenders pay a high price for protecting their land and water. According to the nonprofit Global Witness, in 2015 the Philippines was the second most dangerous country in the world to be an environmental activist.

Looking to the future, Pagal said that he hopes that all of his children will graduate from university — two already have — that they will marry, and that they will not face the same difficulties he has had. As for Tañon, he hopes that it will always have “abundant fish, abundant shellfish and abundant seaweed.” 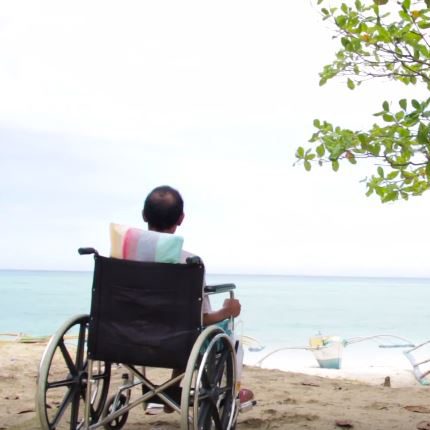 Pagal’s commitment to the ocean is matched only by his family’s commitment to him. Throughout the interview, Elma, Pagal’s wife, sat next to her husband with her hand on his shoulder. “In the beginning I was against this because I got worried every time he went out to patrol,” she said. “But now we all fully support Norlan.”

Her support extends to patrolling the beach to keep an eye on San Remigio’s waters. The room erupted in laughter when Elma recalled the time she apprehended a swimmer who had not paid the conservation fee — and only later discovered it was the vice mayor of their town.

Despite the near-constant specter of violence in their lives, Pagal and his family are undeterred. “I’m not afraid to continue my advocacy,” Pagal said. “Even if I lose my life, what’s important is that our children will see that it’s not a lost cause.”