Sick of Mosquitoes? Try These 3 Fish Tactics to Ward Off Nature’s Vampires

It’s the height of summer, and every exposed ankle is an all-you-can-suck smorgasbord for mosquitoes and ticks. But blood-hungry bugs are not unique to backyard barbecues. Ocean fish have to contend with their own slew of parasites — but they have smart strategies for coping. Before you reach for the can of DEET, learn how some fish enlist spas, snot and seagulls to keep their bodies bite-free.

Mosquito nets are one of the best ways to get an undisturbed night’s rest in tropical climates. And that’s just as true in the sea as on land. Several species of parrotfish deploy their own version of mosquito nets to sleep without getting eaten up. 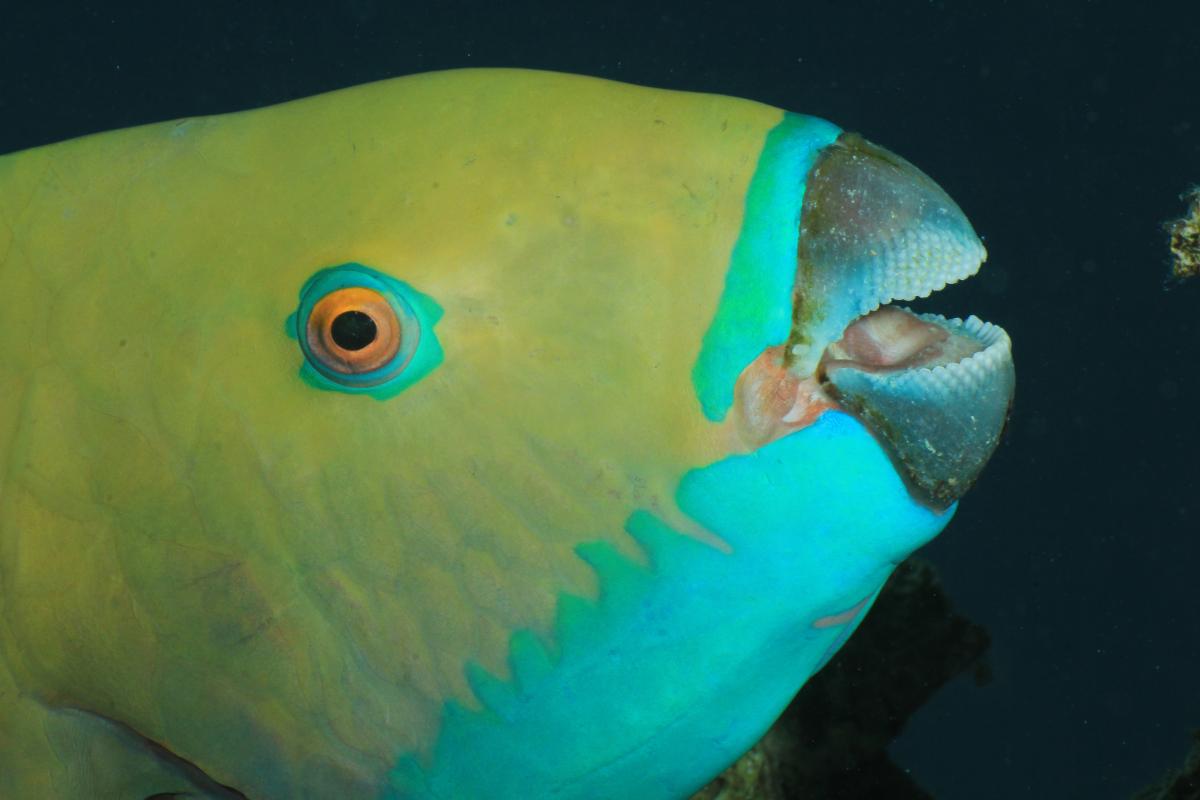 At night, parrotfish wedge themselves into crevices where large predators can’t reach them. They then exude a blob of mucus from their mouths that envelops them, cocoon-style. Secure is in a sleeping bag of snot, the fish can safely nod off.

Curious what role these cocoons play, a team of researchers removed dozing parrotfish from their protective sacs — the parrotfish were such heavy sleepers they didn’t even register the disturbance.

The next morning, the researchers found that 94 percent of the fish without cocoons had been attacked by gnathiids, parasitic crustaceans that, like ticks on land, can transmit disease — and are just plain annoying as well. In comparison, only 10 percent of the protected fish had been targeted.

But how do sleepy fish that can’t exude cocoons protect themselves? Some have toxic skin, some bury themselves in sand, and others may seek out areas with fewer pests.

During the day, reef fish don’t have to hide from gnathiids — they just head over to their local “spa” when the parasites come a-biting. In coral reefs around the world, fish and shrimp man special cleaning stations where they nibble parasites, remove dead skin and tend the wounds of their client fish.

While many small fish will pick parasites off other animals when the opportunity strikes, only a handful of species — like cleaner wrasses and gobies — are full-time spa technicians.  These small fish all boast a horizontal black stripe that stretches the length of their narrow bodies. It’s a cross-species way to advertise their services to potential clients.

Cleaner fish often service much bigger fish, and can get themselves into risky situations — plucking bits of food wedged between barracuda teeth, or poking through the gills of aggressive groupers. 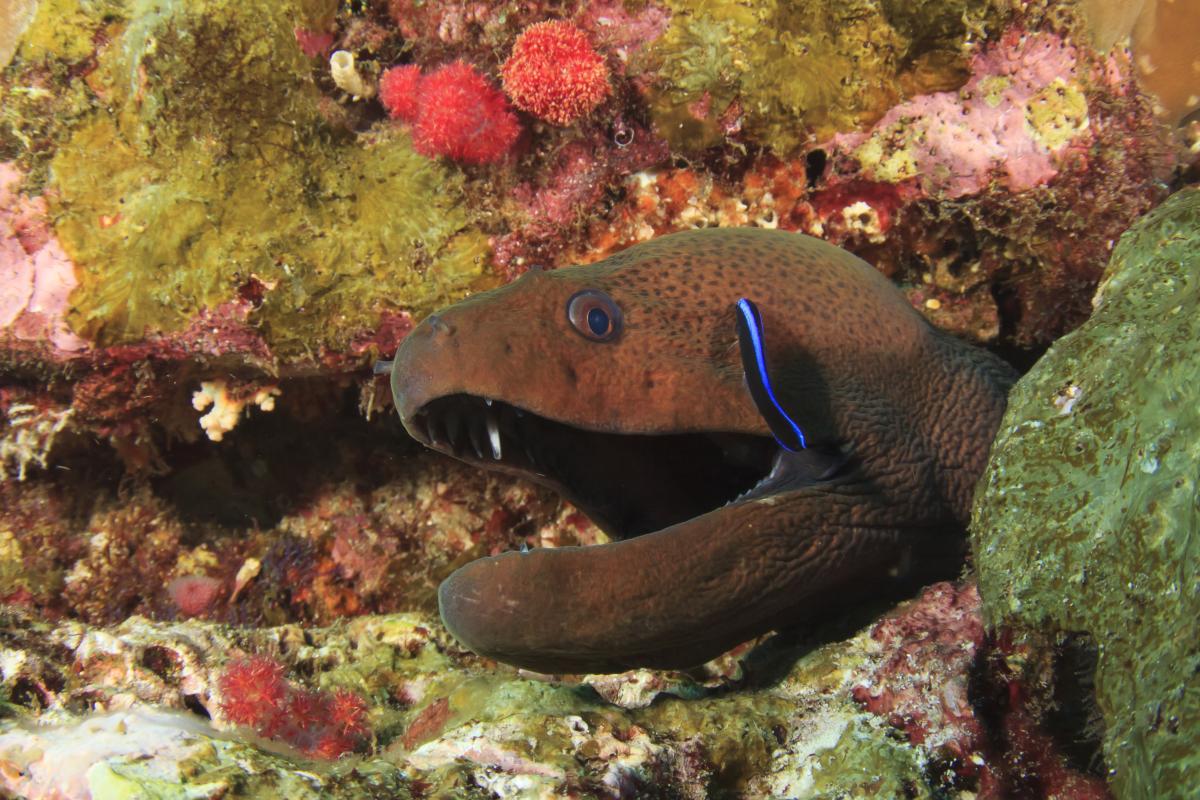 How to do cleaner fish know that their clients are coming in for a cleaning, rather than a meal? Many fish adopt exaggerated postures — holding stock-still with their heads pointed skywards, for example — as a signal that they don’t plan to eat their service providers.

Cleaner fish are so important they actually increase reef biodviersity. In a coral reef in the Red Sea, one study found that adding a new cleaner wrasse to certain areas resulted in a median increase of 42 percent of the number of other fish species spotted there.

And there’s a good reason why cleaner species are so popular: They’re great at their jobs. At Lizard Island in Australia’s Great Barrier Reef, bluestreak cleaner wrasses in another study removed about 50 percent of pesky gnathiids on their client fish. But, unfortunately for the itchy clients, they went back to the pre-cleaning levels within one to six days — which meant yet another trip back to the spa.

As with all successful systems, there are always cheaters looking to break the rules. The false cleanerfish (Aspidontus taeniatus) looks almost identical to a bluestreak cleaner wrasse — but it takes bites out of its victim’s skin and fins instead of cleaning them. Fish are no dummies, though. Previously duped clients keep on high alert at cleaning stations. Once they spot a false cleaner, they chase the imposter away.

Ocean sunfish (Mola mola) are vast flat fish that can grow up to 11 feet (3.3 meters) long  — basically a parasite’s equivalent of Willy Wonka’s factory. Ocean sunfish, also called molas, are famous for hosting huge numbers of parasites on their millstone-shaped bodies.  Over 50 differe 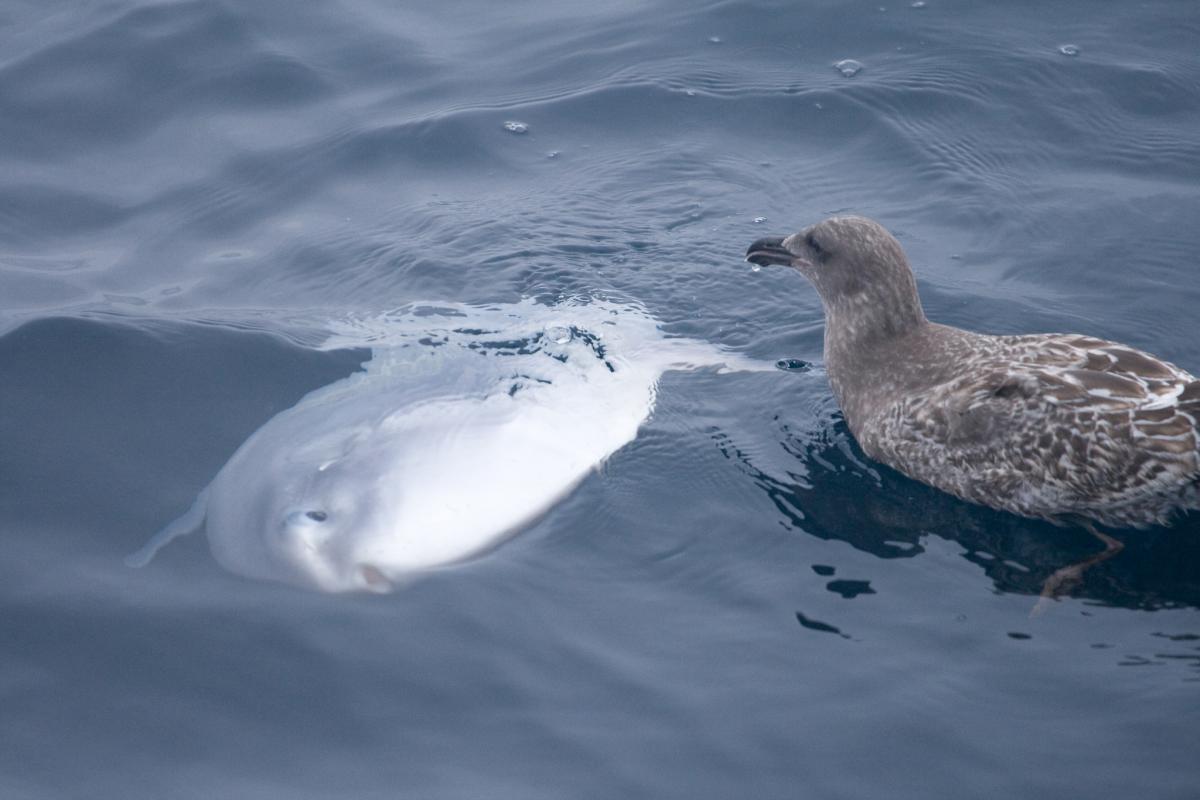 nt species of parasite have been catalogued on the insides and outsides of ocean sunfish.

Because these fish live in the open sea, they don’t always have a cleaning station close enough to visit. So molas lay invitingly at the surface of the sea, possibly hoping that passing seabirds will come down for a meal.

In 2010, researchers observed a school of juvenile sunfish following a Laysan albatross that was resting on the water. When the albatross picked a worm-like crustacean parasite off one of the fish, other albatrosses started showing up for a snack. All the birds got a meal, and the fish got clean.

Scientists long thought molas’ basking behavior helped to warm them up in the sun’s rays — hence the name ‘sunfish’ — but it may be proof that even two-ton behemoths can be driven nuts by the tiniest of pests.