Today we say hooray for World Oceans Day! Come meet a few of the little fish that keep the oceans going in a big way.
Credit: evantravels/Shutterstock

Small silvery minnows are easy to overlook: a dart of light in the waves. Most of us don’t know much about them. But frankly, the oceans wouldn’t be themselves without little oily fish. They’re familiar packed in tins, with names like anchovies, herring and sardines. But there’s a lot more to these fish than cans in the pantry.

This World Oceans Day, meet five funky forage fish that feed people and wildlife, and sustain abundant oceans. They remind us of good food, a healthy planet and some silly quirks — just like holidays should.

Like salmon, eulachon are born in freshwater streams, spend most of their lives at sea and return upriver to breed. Huge schools of these little silver smelt range along the Pacific Coast of the United States, from California up through Alaska.

American Indians traditionally harvested the fish from coastal rivers in late winter and early spring. Affectionately called “candlefish,” the little silver smelt are so oily that they’ll burn on a wick. In British Columbia, First Nations Peoples dried the fish and burned them for light, or ate them in a variety of preparations.

Yearly festivals once celebrated these iconic Northwestern fish. But in the 1980s and 90s, eulachon populations dropped drastically, in part because so many fish die as bycatch in pink shrimp trawls. Recent fishing advances cut the unintended catch, leaving more fish for predators like sea lions, orcas, seabirds, brown bears, wolves and humans. 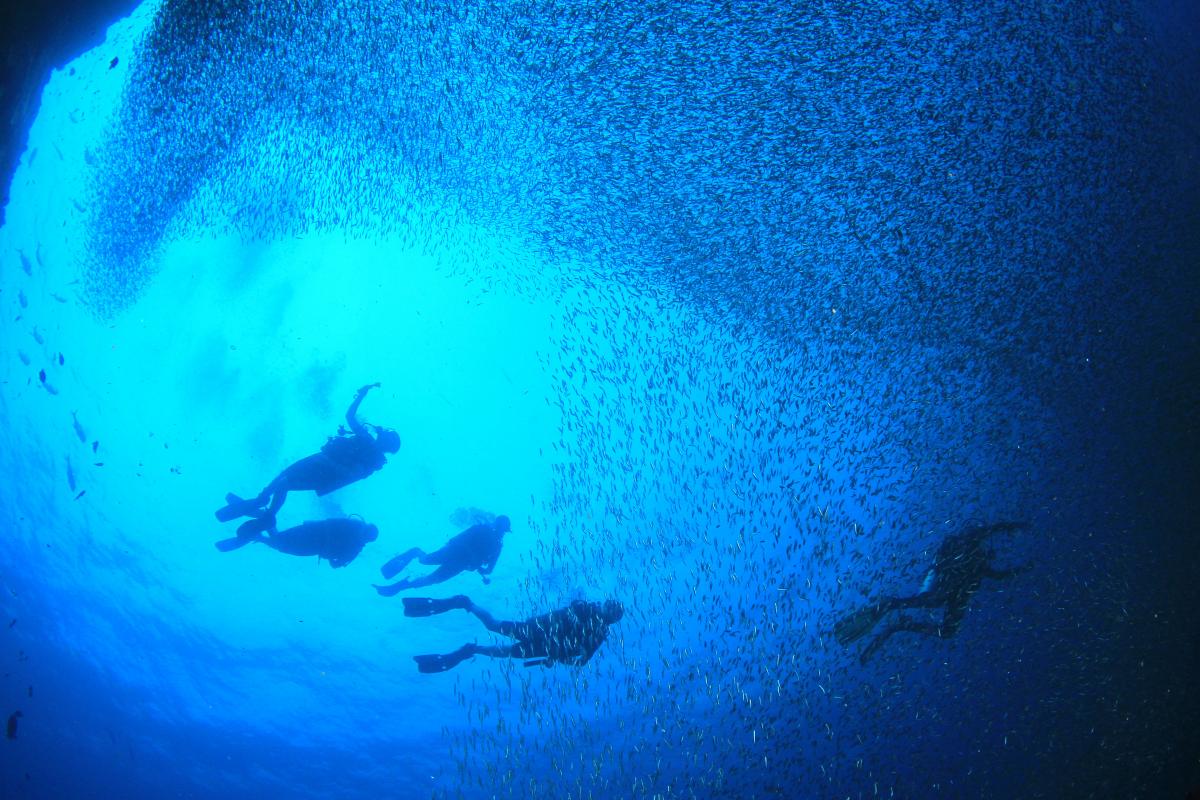 Southern California is famous for sun, surf and Hollywood stars. On summer nights, one little fish steals the spotlight by washing itself ashore. Grunion purposefully beach themselves to breed around the full moon. The darkened sand glitters with the little silversides as they wriggle and spawn.

Found from Southern California south to Baja, grunion are food for local people and wildlife. They form a recreational fishery for folks who dash down to the water collect the little fish during open season. Wildlife — like bigger fish — eat grunion too. And birds and insects also pick at their eggs.

Don’t live in California? Never fear: Another little fish, called capelin, spawns in shallow water and washes ashore on beaches from the coast of Maine up into Newfoundland in summer. It’s an important food source for cod, seabirds and marine mammals. For certain forage fish, it turns out that Sex on the Beach is more than just a cocktail. 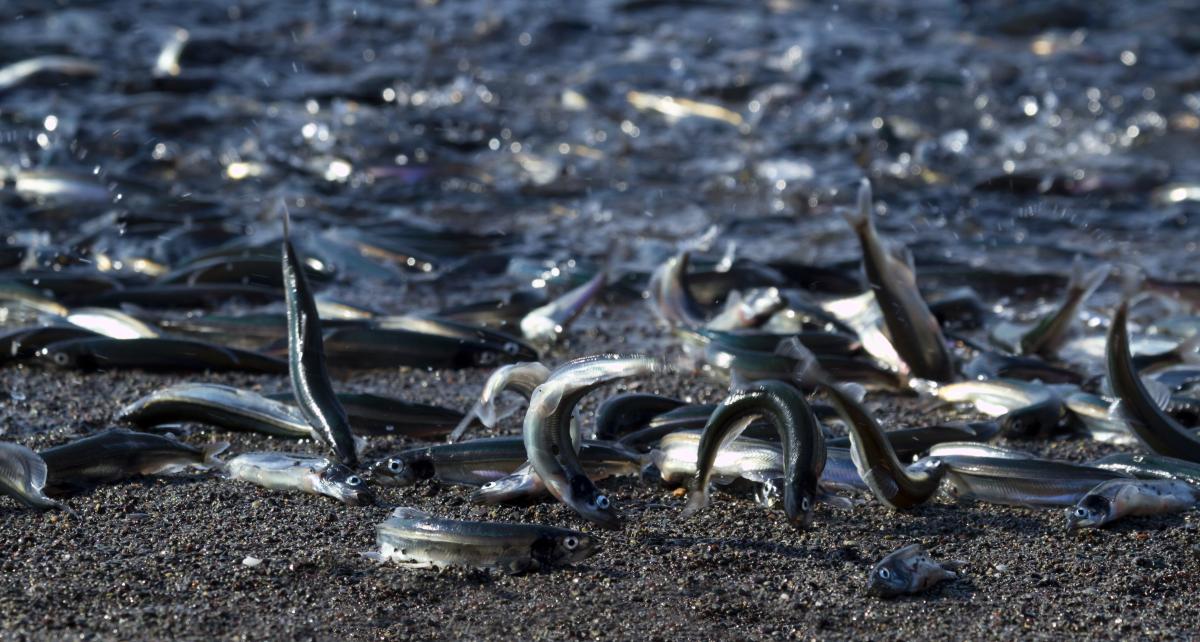 Atlantic Menhaden range along the Eastern Seaboard and up into Nova Scotia. These unassuming herring-like fish are common in coastal waters, where fishermen hauled in more than 740,000 tons in 2015. But popular as they are, menhaden rarely turn up at the fishmonger’s counter. They’re hunted for animal feed, fish oil and bait.

Beyond those industrial uses, menhaden are also astounding filter feeders. The gape-mouthed fishes, which swim in huge schools, can filter plankton from 6.8 gallons of water per minute. They play a big part in keeping East Coast waterways clean, and are prey for larger fish, seabirds, whales and dolphins. More than iconic baitfish, menhaden are a linchpin of U.S. Atlantic fisheries and ecosystems.

The name herring refers to several species of forage fish, which are widely distributed throughout the Atlantic and Pacific oceans. They aggregate in huge schools that draw marine mammals and fishermen alike. 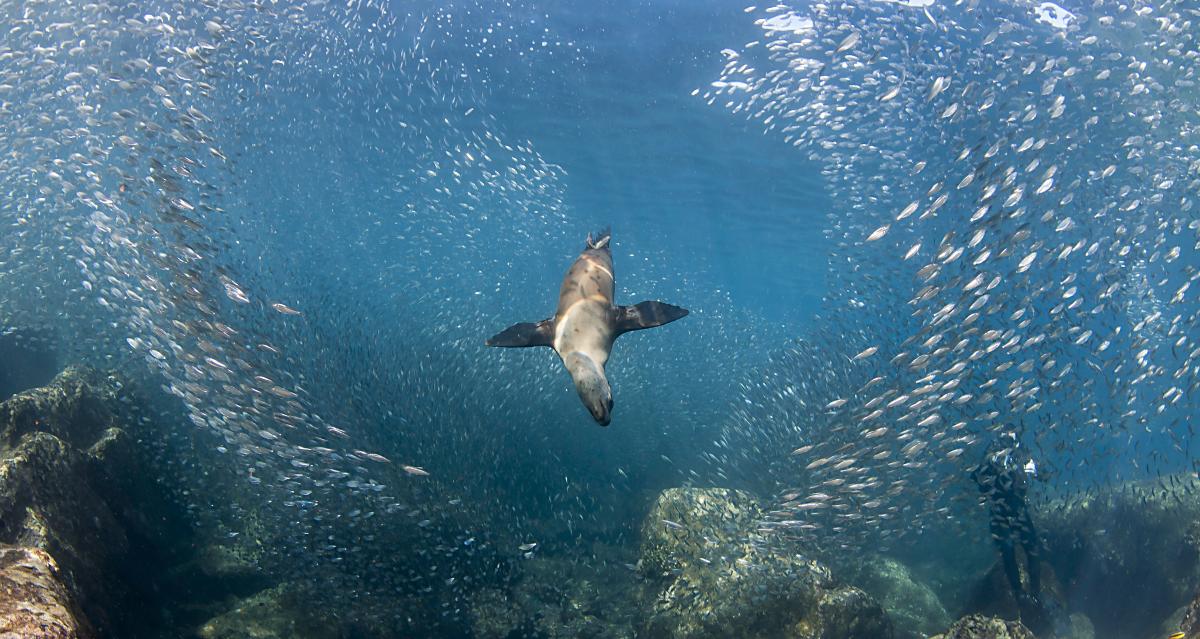