Sometimes there are silver bullets in conservation. This fish proves it

Even complicated problems can have simple answers. Fishermen prove that in the Pacific Northwest, where shrimp nets accidentally snare tons of threatened little fish, called eulachon, every season. The strikingly straightforward solution to this mistaken catch: exit lights on nets.

Easy answers like this are rare. But as Shester puts it, “sometimes, there are silver bullets.” 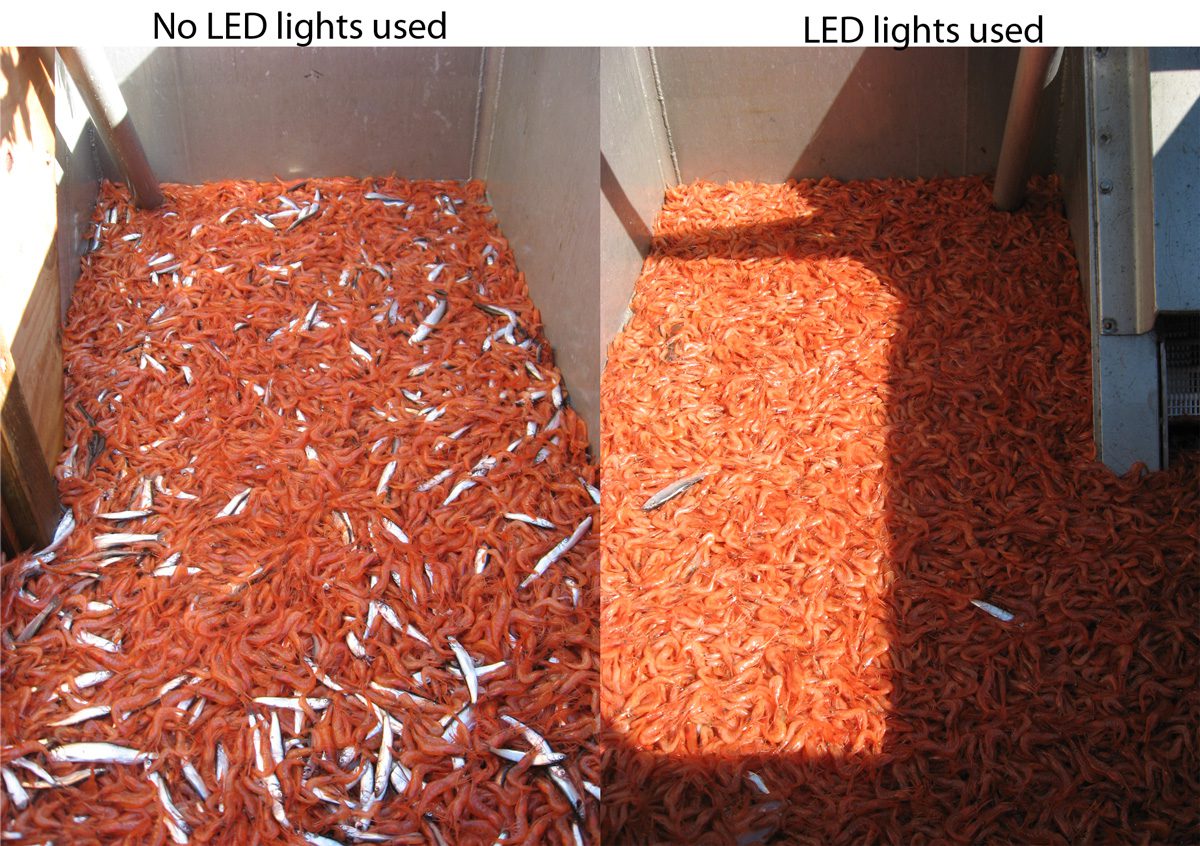 Pink shrimp are a major moneymaker in the rugged waters of California, Oregon, Washington and British Columbia. They fetch Oregon fishermen more than $25 million a year on average, second only to Dungeness crab, says pink shrimp fishery manager and shellfish biologist Scott Groth of the Oregon Department of Fish and Wildlife, or ODFW.

Fishermen catch pink shrimp in large nets towed just above the seabed. Halibut, rockfish, eulachon and small juvenile fish all live in the same habitat, and can get snared in the nets too, as unintended catch, or “bycatch.”

Bycatch is a big problem globally, not just in Oregon. It kills hundreds of thousands of whales and dolphins, sea turtles, sharks and non-target fish every year. Some of those species are legally protected, like endangered whales and sea turtles, yet still die wrapped in nets or hooked on lines.

In Oregon’s case, the shrimp fishery historically killed a lot of eulachon, a federally threatened species. Tons of the small, silvery smelt have perished in pink shrimp nets from the dawn of the commercial fishery in the 1950s until now.

But three years ago, fishermen and ODFW biologists added LED lights to the mouths of shrimp nets. Lighting guides fish out of the net or helps them avoid it altogether. It cut eulachon bycatch by 90 percent, without affecting the pink shrimp haul.

“Basically, lights lit up where the exit is,” Shester says. “The fish go to it and the shrimp don’t.” 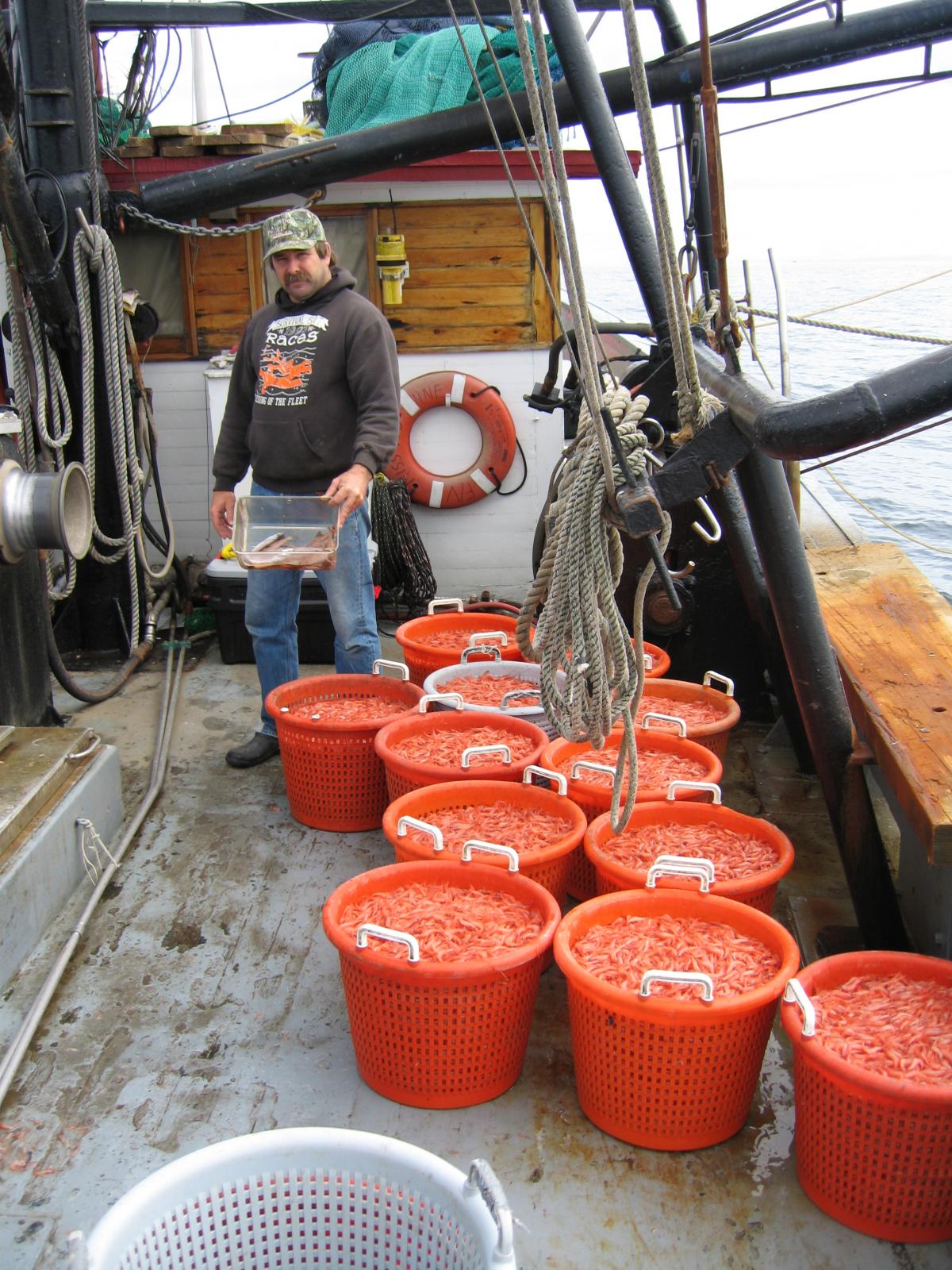 Better fishing methods do spare eulachon. Between 2014 and 2015, Oregon cut its bycatch by more than 23 million fish. But plenty still die in shrimp nets every year. According to the National Marine Fisheries Service, more than 59 million eulachon died as bycatch along the West Coast in 2015. And most of those fish (35 million) still died in Oregon.

It’s important to note that eulachon numbers are naturally variable. Like other baitfish, they go through cycles of boom and bust. Bycatch is part of the problem, according to the National Oceanic and Atmospheric Association, but natural cycles also play a part in the size of populations, Groth explains. Stopping bycatch is a start, but it doesn’t guarantee that the fish will rebound to healthy levels.

Net lights work remarkably well, but the LEDs are not legally required. Most Oregon shrimp fishermen use them anyway. “Fishermen in this fleet are really progressive,” Groth says.

Fishermen like the lights because they’re inexpensive and yield a cleaner catch, which saves time sorting shrimp from everything else. Groth estimates that somewhere between 80 and 90 percent of Oregon shrimpers use the lights today.

Next season, net LEDs may be legally required in Oregon. The improvements Groth’s seen in the Northwest are a model for other places too, he says. “A fishery that once had bycatch rates near 50 percent is now always below five percent,” Groth beams. “I’ve never seen a better example.” Lights are a small change, but they’re already making a big difference for little fish in the Pacific Northwest.