Spanish anchovies offer a taste of the past, and a glimpse of food’s future

On summer nights along the coast of Catalonia, fishermen cruise their boats into the warm Mediterranean Sea. Millions of anchovies dart like quicksilver below their hulls, spawning in rocky, moonlit coves. The fishermen dip their nets into those wine-dark waters, and pull up a bounty of wriggling silver fish.

Anchovies are essential here. They’re tinned, salted, cured and exalted. Catalans have eaten them basically forever, and celebrate that heritage in a yearly festival. Marinated in oil, vinegar and salt, the fish turn meaty and mild — almost like ceviche without the citrus. They’re called “boquerones,” and it would be strange to find a Catalan home without them, said Siro Codina, a fifth-generation producer in Palafolls, up the coast from Barcelona.

Codina’s family business is the largest boqueron-seller in Spain. These days, his marinated anchovies are taking on new life in the United States. Imported by the gourmet distribution company Culinary Collective, and sold under the brand name Matiz España, business is booming for Catalan boquerones in the US. Matiz’s sales increased by 37 percent from 2016 to 2017; a combined 71 percent jump in retail sales and 29 percent jump in bulk sales to restaurants.

Anchovies are having a moment. They aren’t the only ones. Little silvery fish of all kinds are gaining steam on menus and in grocery stores around the U.S. “Small, oily fish is on the rise,” said Izabela Wojcik of the James Beard Foundation in New York City, “at least with chefs and ‘foodies.’”

Wojcik organizes hundreds of food events every year at the James Beard House in Greenwich Village. She’s seeing little fish pop up in chef-driven and sustainability-minded restaurants, and on menus influenced by Portugal and Spain. “But,” Wojcik cautioned, “I don’t think it’s a widespread national trend.” At least, it isn’t yet. 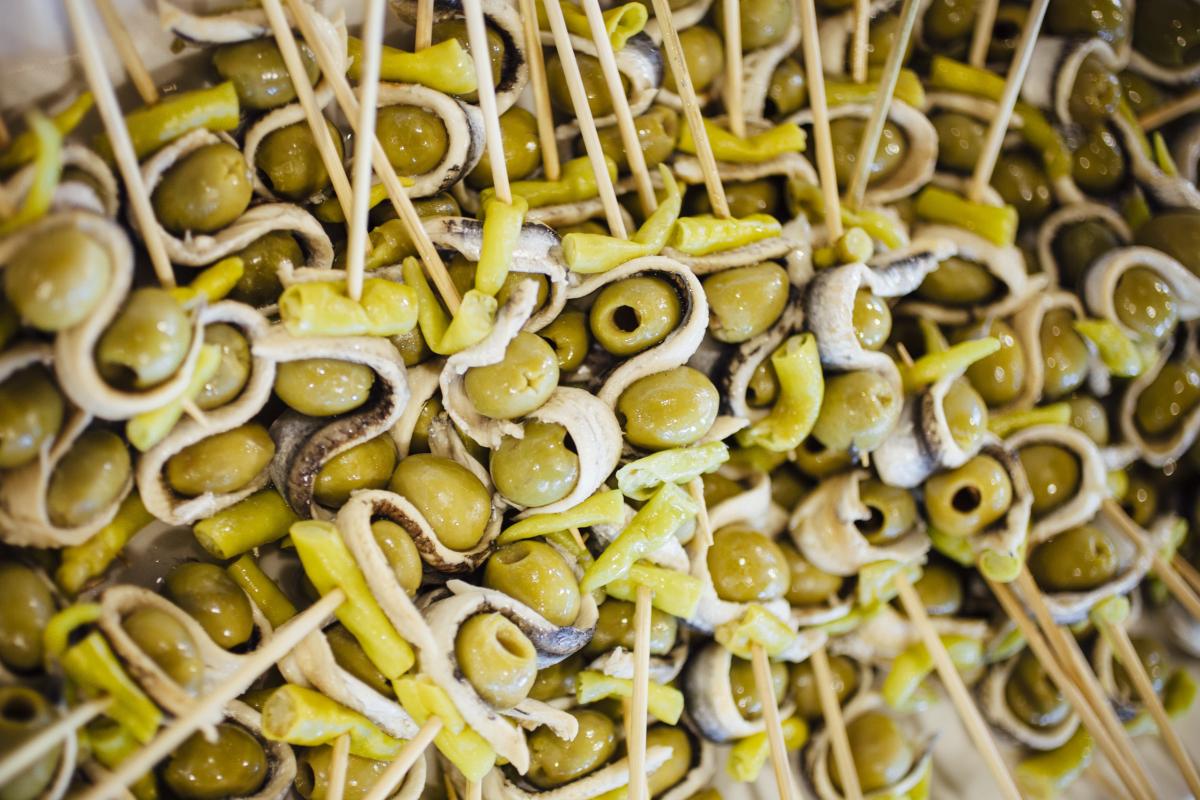 Trade data points to little fish on the rise. Total imports of anchovies, capelin, herring, mackerel, smelt and sardines have spiked since 2015, according to the National Oceanic and Atmospheric Administration Fisheries Service, or NOAA Fisheries, jumping from 81,500 tons three years ago to 93,100 tons in 2016 and 97,600 tons this year.

Take those numbers with a grain of salt though, said Oceana fisheries scientist Tess Geers. “Fish trade data is notoriously sketchy,” she explained. And other trade statistics, like those from the Food and Agriculture Organization of the United Nations, show contradictory results.

NOAA Fisheries’ numbers represent foods like herring roe and salted mackerel, imported for human consumption. But worldwide, most of the little fish hauled up from the waves are not eaten by people. They’re mostly fed to livestock and farmed fish and shrimp instead. Nearly one sixth of all marine fish catch ends up this way, even though the vast majority is food-grade.

Anchovies, herring, mackerel, sardines and other little oily fish, combined, form the largest fishery in the world (one quarter of all landings in recent years). Bigger fish, whales and dolphins also depend on these small forage species as the base of the food web. Without them, larger predators would struggle to sustain themselves. Grinding such important fish into animal food is inefficient and wasteful, Geers said.

In Northern California, where anchovies and herring are usually abundant, Bay Area fishermen and restaurants are pushing to eat them locally. It’s one effort to turn the tide for little silvery species, from baitfish to good fish. Around the country, that attitude seems to be taking. As professional chef and author Barton Seaver put it, “there is an increased buzz around small, oily fish… I see them more often on white table cloth menus, mainly as appetizers and small plate options.” 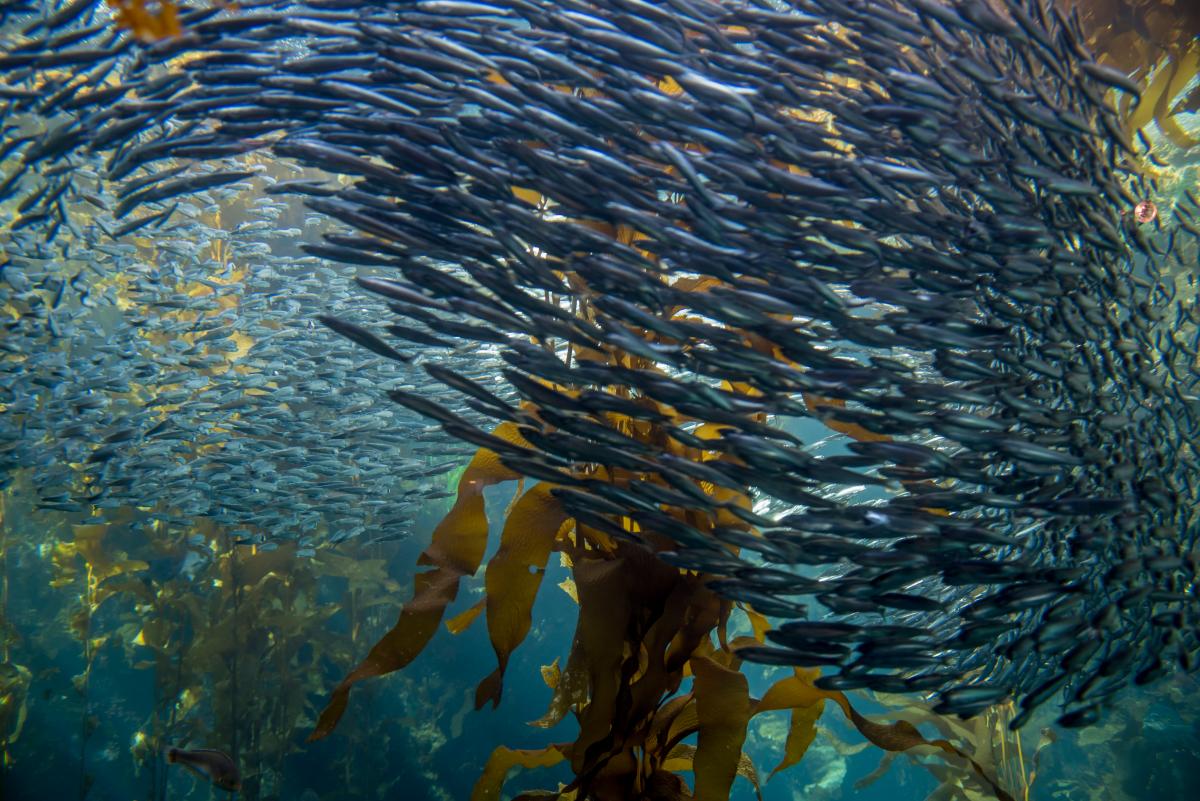 Popular, in a good way

Trendy isn’t always great, in retrospect. But when it comes to little fish, au courant is a step in the right direction.

Anchovies, mackerel, sardines and other small schooling fish are low down on the food chain, often making them more sustainable than bigger fish that require more energy for growth per unit protein. Fisheries for small, oily species also have the lowest greenhouse gas emissions worldwide and are health-conscious, as a source of essential micronutrients like iron, magnesium and zinc, as well as omega-3 fatty acids.

Sourcing matters, though. Even little fish can be unsustainable if they come from places where they’re overfished. Anchovies are essential to Catalan culture, but they are considered unsustainable in the Mediterranean because the populations haven’t been well-evaluated, according to Alberto Martin, a fishery manager for Portugal and Spain with the Marine Stewardship Council. Only the Cantabrian Sea on Spain’s Atlantic coast — where Catalan producer Codina sources some of his boquerones today — has a certified sustainable fishery for anchovies in Europe.

“You really need to be careful which stocks you are buying from,” Martin said. The Cantabrian Sea is the only safe bet right now, because anchovy populations there are healthy, well-managed and well-monitored.

Anchovies in the Mediterranean, by contrast, are likely overfished. That’s hard to reconcile with their cultural reverence in places like Catalonia. But fishermen along the Mediterranean seem to be shifting their attitudes, Martin said, from taking as much as possible, to setting community catch limits that preserve the stocks.

At sunrise, after a long night on the water, the anchovy fishermen sail back to shore. Wholesale buyers wait in the harbor, to buy fish once they come off the boats. The best anchovies are cleaned, then arranged in neat herringbone rows and soaked in olive oil and vinegar. Some wind up wrapped around an olive, skewered on a toothpick and devoured on a beach along the coast. And some are shipped across the sea, to the United States. As these little fish carry culture and flavor to new climes, Codina swells with pride. “The boquerones and the anchovy,” he said, “mean, to us, everything.”