The special ingredient for ocean health? Animal pee, and lots of it

The sea, some say, is the world’s biggest toilet — and that’s a good thing. Because when it comes to keeping ocean ecosystems in tip-top shape, pee is liquid gold.

Without urine from fish, whales and other critters, coral reefs and seagrass meadows would struggle. Kelp forests might wither. And there would be fewer phytoplankton, the microscopic algae that underpin almost all marine food webs.

Scientists long assumed that the ocean gets most of these essential nutrients from non-living sources: the atmosphere, water currents, rivers and rocks. We’ve only recently learned that animal waste is on par with big, geophysical phenomena in terms of nutrient recycling, said Joe Roman, a conservation biologist at the University of Vermont.

But not all pee is equal. In terms of fertilizing powers, some liquid gold shines brighter than the rest.

When it comes to pee production, whales are world champs. A single fin whale is thought to produce around 1,000 liters (260 gallons) of urine each day — enough to fill a 10-by-6-foot kiddie pool.

Whales combine their champion urination with deep dives and long migrations. Cuvier’s beaked whales have been clocked diving to record depths of nearly 3,000 meters (9,800 feet). Humpback, gray and blue whales can travel halfway around the world from their feeding to their calving grounds, the longest migrations of any mammal. 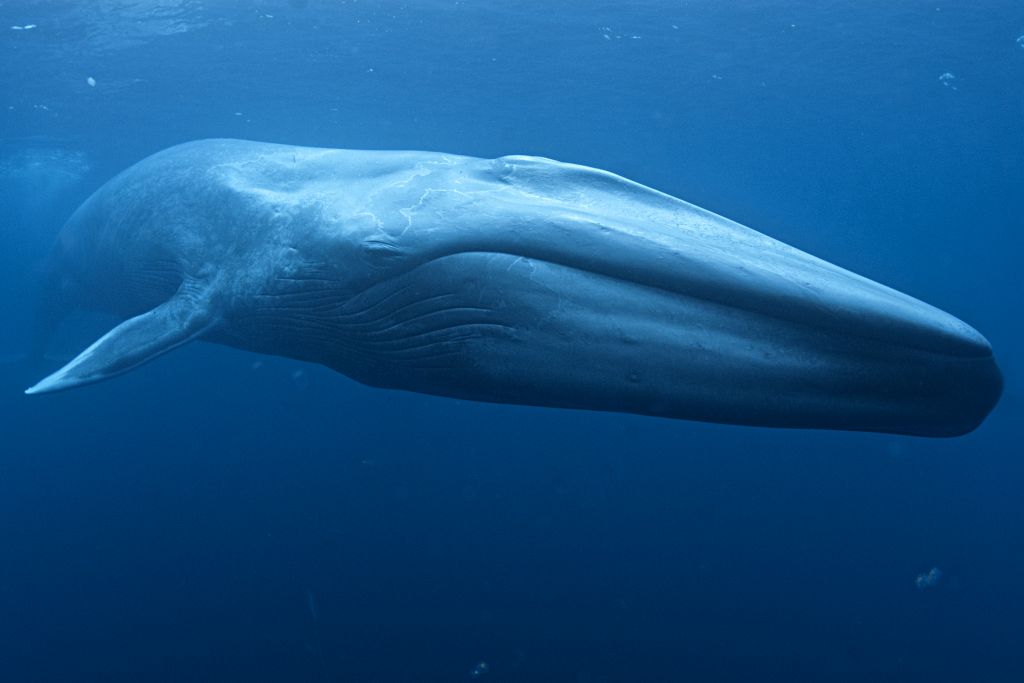 By peeing, pooping and giving birth near the surface, whales transport literal tons of nutrients across huge distances and depths, Roman said. Sunlight plus fertilizer is the perfect recipe to grow phytoplankton, which then become food for fish, krill and other animals.

The “great whale conveyer belt” is particularly important in tropical waters, where nutrients are often scarce. “Blue whales alone can increase primary productivity in areas where they migrate to by up to 15 percent,” Roman said. “They have a significant effect.”

Roman doesn’t have the final calculations for the total amount of nutrients all whales shuffle around during their migrations, but he predicts it’s comparable to large-scale ocean phenomena like eddies, circular currents that can be hundreds of miles wide.

Though guppies might be tiny compared to blue whales, fish are no slackers when it comes to going number one. Jacob Allgeier, an ecologist at the University of Michigan, has found that fish urine is essential for tropical coral health. “It’s one of the biggest, if not the biggest, sources of nutrients on coral reefs,” he said.

As fish hang out on reefs, corals are bathed in a steady flow of urine. The tiny animals and symbiotic bacteria that build coral colonies gobble up nitrogen and phosphorus as soon as it’s produced. “These systems are insanely efficient,” Allgeier said. He explained that pee from predators may be particularly important, since it’s full of phosphorus from all the bones in their prey.

Reefs with lots of fish grow one and a half times faster than their less-populous counterparts. The effects are even more pronounced for seagrass meadows. “Growth rates for seagrass are 300, 400 percent higher in the presence of fish,” Allgeier said. 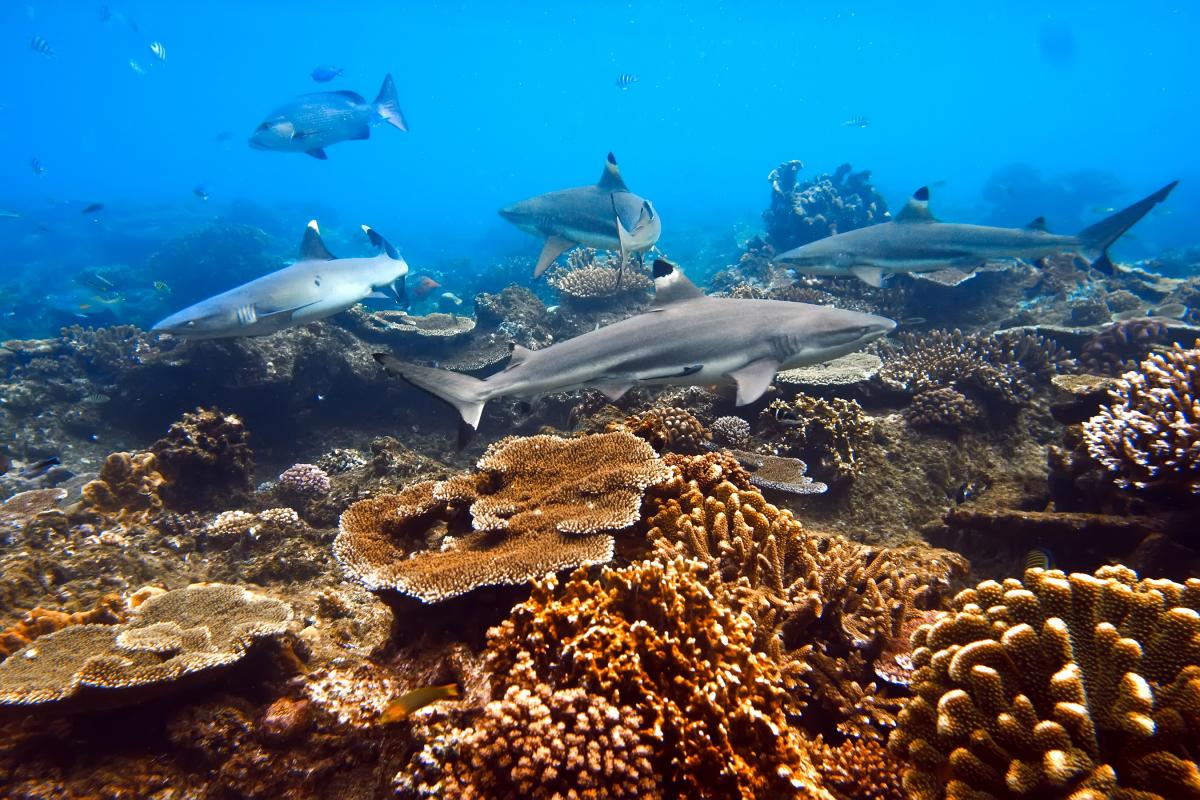 Urine might be a fountain of life in cooler spots as well. In California, kelp continue to grow vigorously throughout the summer, even though the currents that normally deliver nitrogen die down at that time. A 2013 study suggested that fish and invertebrate waste could help supply the missing nitrogen.

If it’s yellow, let it mellow

The idea of a sea of urine might inspire chuckles, but there’s a serious problem lurking in all that bathroom humor: We’ve sprung a big leak in the pee-cycling system. As fish and whale populations shrink from human pressures, there is less of the yellow stuff to go around.

In the Caribbean, for example, reefs are missing up to 90 percent of their sharks and groupers — predators that keep plenty of phosphorus in circulation. Overall, Allgeier said, fishing in the region slashes fish nutrient recycling by 50 percent.

The picture isn’t much better for whales. Even though we haven’t hunted them on an industrial scale for decades, the ocean is still missing 66 to 99 percent of its blubbery behemoths. Blue whales, which urinate so prolifically, are at just 1 percent of their historic numbers in the Southern Hemisphere. Before whaling took hold, the sea was awash in way more whale wizz, and was likely more fertile to boot.

So, should humans start peeing in the ocean to fertilize it? Not so fast, said Allgeier. Scores of studies have shown that human sewage — as well as fertilizer-laden runoff from lawns and farm fields — is bad news for marine habitats. It can outright kill beneficial species, trigger the overgrowth of the ones we don’t want, or introduce disease. Allgeier suspects that part of the reason why human sewage is harmful is that corals and marine plants thrive only in the presence of a specific ratio of nutrients. Fish supply the right ratio, but humans don’t.

The only fix is to catch fewer big fish, and to protect whales from things that hurt or kill them, like ship collisions and loud industrial noise. And if you see a school of fish next time you visit the ocean, be thankful for their contributions — but maybe don’t swim right behind them. 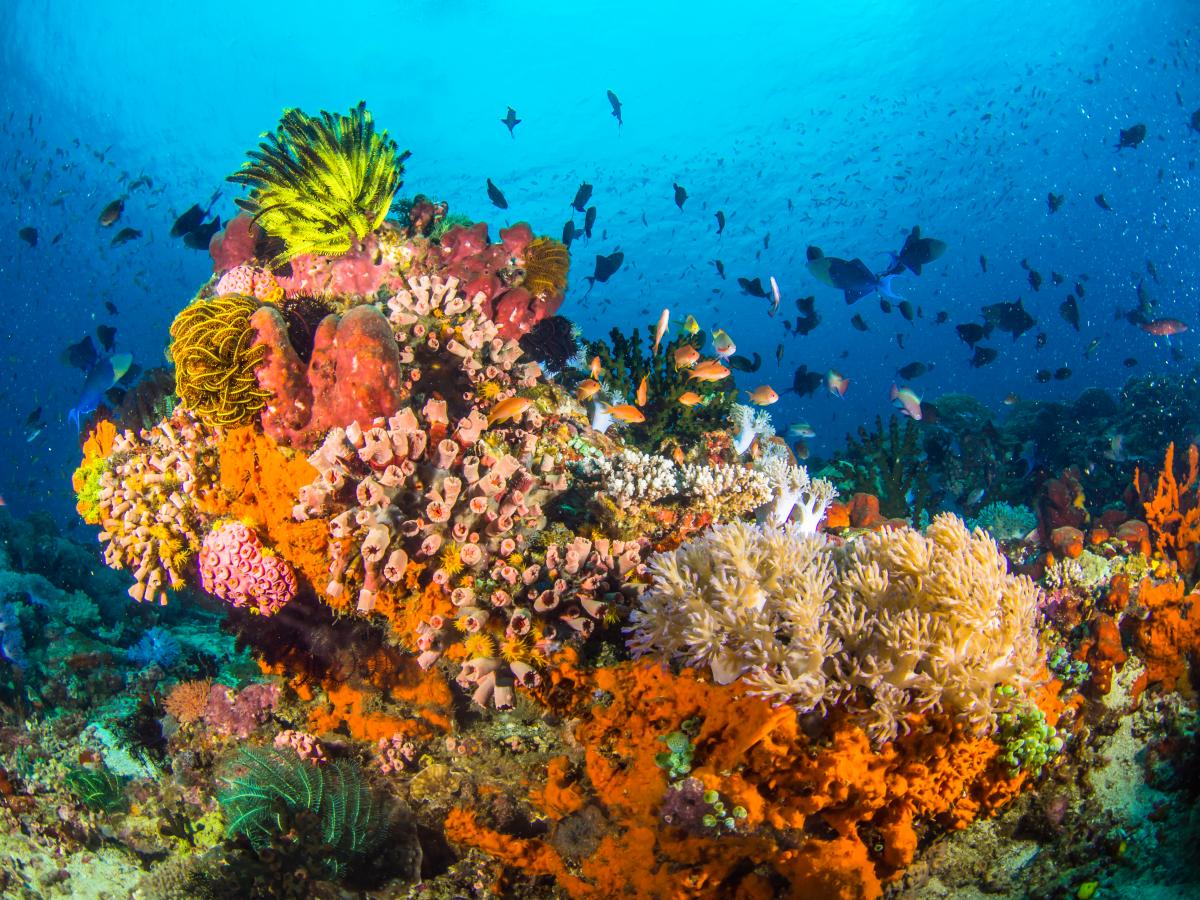