Protected areas on coral reefs are often established in spots that already have lots of fish and high diversity, making it tough for scientists to tell how effective no-take zones really are at boosting the populations of commercially important species. But around Sumilon Island, a speck of land in the Central Philippines that hosted the country’s first ocean sanctuary, a history of on-again, off-again protection offers some of the most clear-cut proof that fishing bans work — and that they actually help fishers too. 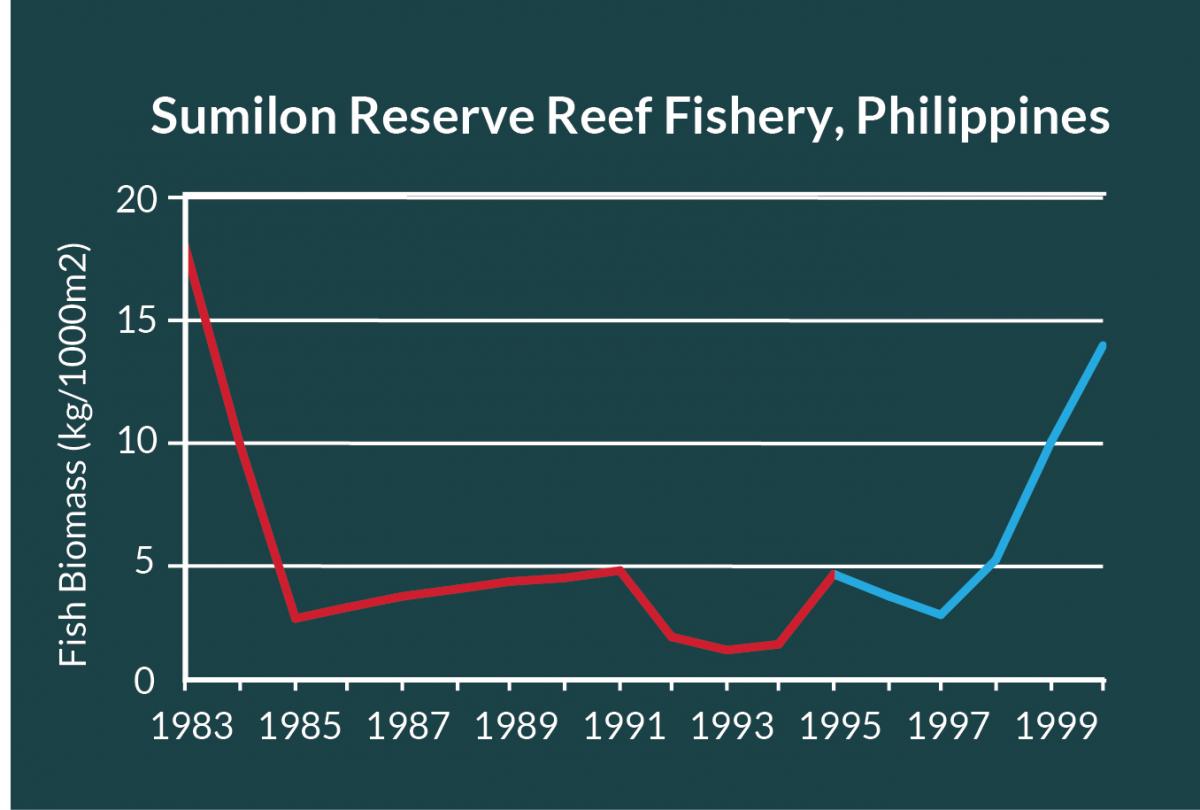 In the 1970s, Sumilon reef “was among the best in the world,” said marine biologist Angel Alcala. Alcala, along with Garry Russ of James Cook University, was the author of a landmark study tracking commercially important fish in Sumilon for 17 years.

From 1974 to 1983, a quarter of the island’s reefs were closed to fishing. Valuable species — including large predators like snapper, emperor fish, grouper and jacks — thrived alongside whale sharks and forests of coral.

After nearly a decade of protection, the reserve was opened to fishing from 1983 to 1985. In addition to the more conventional fishing gear like gillnets and traps, fishermen used dynamite to stun fish or dropped stone blocks on corals to flush out hidden animals, a practice called “muro-ami” that reduced swaths of the reef to rubble.

The fishing ban was reinstated in 1987 and lifted again in 1992. In 1995, the reserve was permanently closed to all fishers except locals using hook-and-line.

Alcala and Russ noted that the loss of large predatory fish was immediate and rapid as soon as fishing efforts picked up after a ban was lifted. But during protected periods, losses in fish populations were matched by gains, some of them dramatic.

The density, or the number of fish in a given area,  of the sixblotch hind (Cephalopholis sexmaculata), a brilliantly colored member of the grouper family, increased by 200 percent from 1990 to 1991 and by 300 percent from 1994 to 1995. By 2000, the number of blackspot snapper (Lutjanus ehrenbergii) was 820 percent greater than the annual average between 1983 and 1997.

Biomass — which measures the weight of all individuals of one species — recovered more slowly. This is because it takes several years for large predatory fish, which tend to be slow-growing and long-lived, to grow to their full adult size; these fish did not regain their average adult pre-1983 size until 1999. 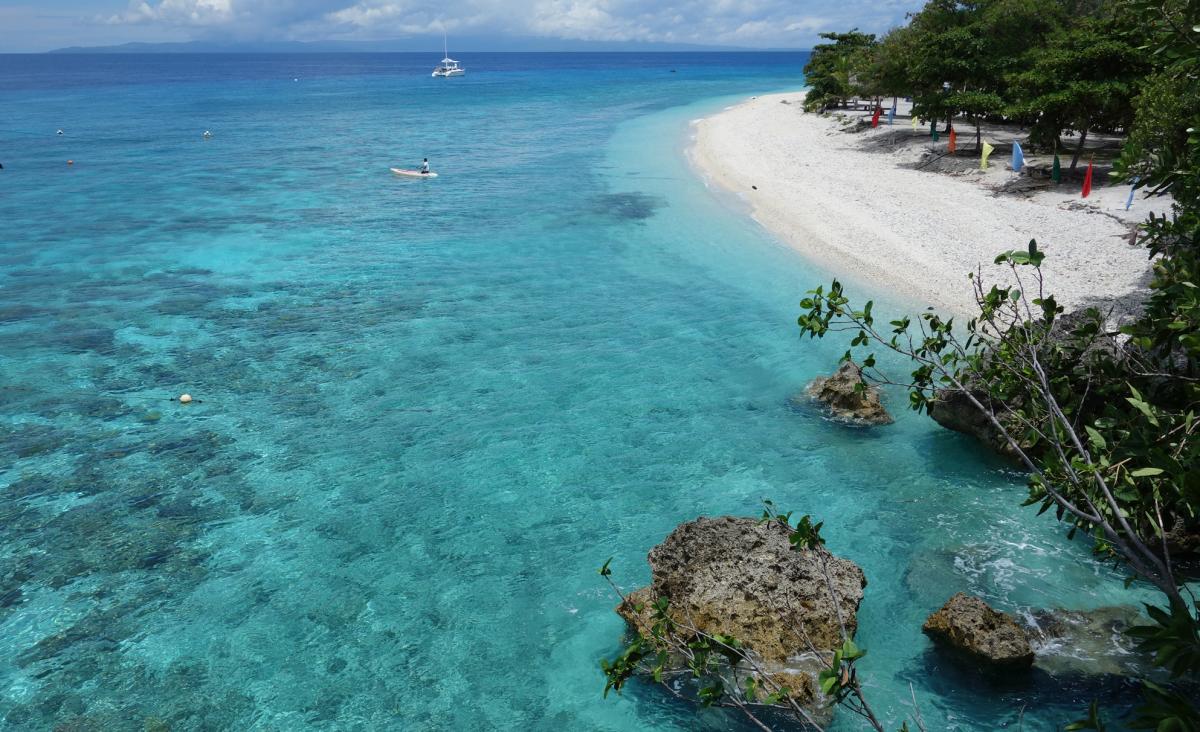 In 2000, after six years of continuous protection, fish biomass and population increases showed no signs of leveling off. From its low point in 1985, biomass had gone up by nearly 30 percent.

Outside of the reserve, fishermen’s haul increased by almost 30 percent — demonstrating that the “spillover” effect of a marine reserve more than compensated for the fact that fishers were working in a smaller area than before the permanent protections went into effect.

This finding, since replicated on nearby Apo Island, showed that permanent closures of even small areas of a reef could offer big benefits to small-scale fishers.

The island — which now hosts a resort in addition to the reserve — supports a vibrant community of fish and corals. It’s important to note, though, that the reefs aren’t as diverse as they once were due to poorly regulated fishing and tourism in the past. Compared to the 1970s, Alcala explained, “many marine species, especially some unique species of corals, have disappeared.”

Despite that, the legacy of Sumilon’s marine protected area has far outstripped its borders. Other marine sanctuaries in the Philippines, including the renowned Apo Island and Tubbataha Reefs Natural Park, a UNESCO World Heritage Site, have followed suit with no-take zones that sustain local fishing communities and healthy tourist industries.