Video: Austin Nichols Tags Sharks off Florida, Advocates for the Oceans with Nautica and Oceana

Actor, diver, and ocean advocate Austin Nichols (“One Tree Hill,” “The Day After Tomorrow,” “Wimbledon,” and “John from Cincinnati”) joined the R.J. Dunlap Marine Conservation Program at the University of Miami, Oceana, and Nautica earlier this summer to tag sharks off the coast of Florida. Nichols helped tag seven sharks while he was on the water, including a nurse shark, a blacktip shark, four blacknose sharks, and a lemon shark.

“I tell people all the time how I like to dive, and a lot of people are scared of the ocean. I want everyone to know that you don’t need to be,” Nichols said while he was on the water. “I see sharks all the time and swim with them. They’re really smart and really intelligent fish, and I feel like we could all open our hearts to them a little bit more. We’ve been inundated by the movies to think they’re these bloodthirsty human eaters, but they’re not.”

The tagging trip was part of ongoing research at the R.J. Dunlap Marine Conservation Program to study threatened sharks’ ‘hot spots’ for feeding, mating, and breeding in the subtropical Atlantic—information that informs effective confirmation and management. The team set out to find a hammerhead, tiger, or bull shark to satellite tag, but instead caught the four other species and inserted spaghetti tags—small tags with a unique ID that fishermen and other scientists can report if they encounter the shark.

Nautica, a proud supporter of Oceana since 2009, purchased the intended satellite tag to deploy on this trip as part of a series of summer collaborations with Oceana and Austin. They’re now hosting a naming contest under the “Shark Naming App” on their Facebook page for a different female tiger shark that received the satellite tag later on. This female tiger shark is nearly ten feet long, and was tagged in Biscayne Bay off southern Florida. Head to their Facebook page to cast your vote!

In addition to the naming contest, Nichols designed a T-shirt with Nautica and is available for purchase on their Facebook page, too.  All proceeds from the T-shirt will benefit Oceana.

Click here to learn more about Oceana’s work to protect sharks from bycatch, shark finning, and other threats, and take a look below for some photos from the shark tagging trip. 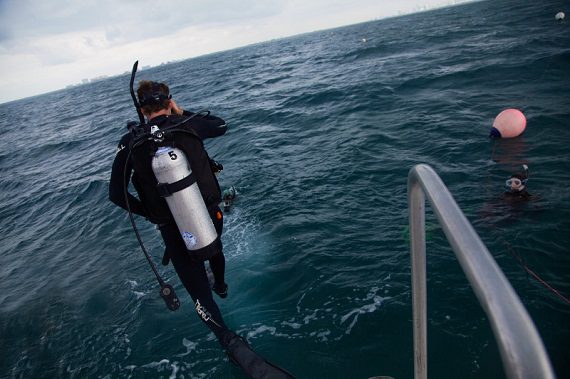 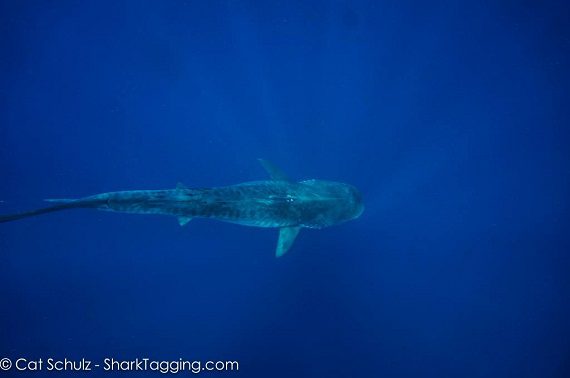 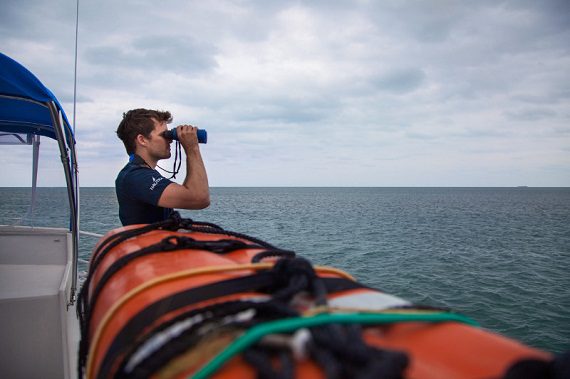 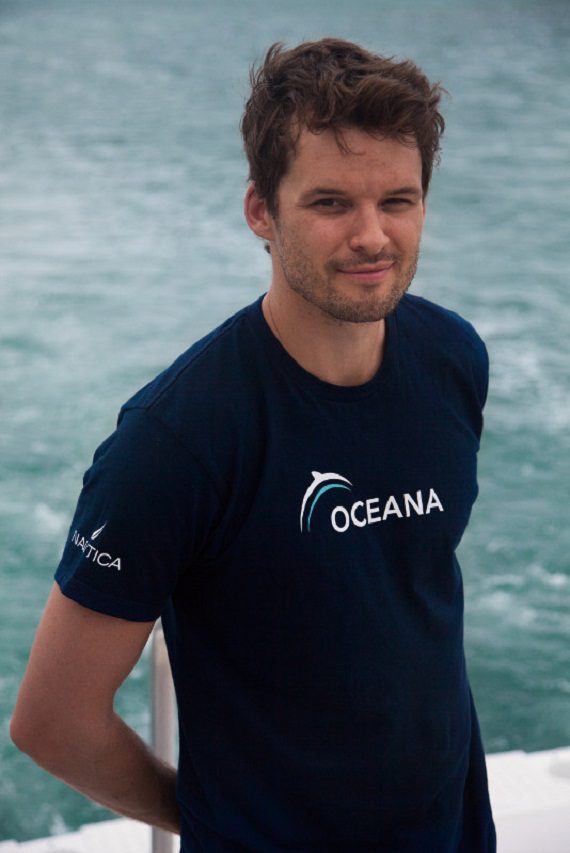 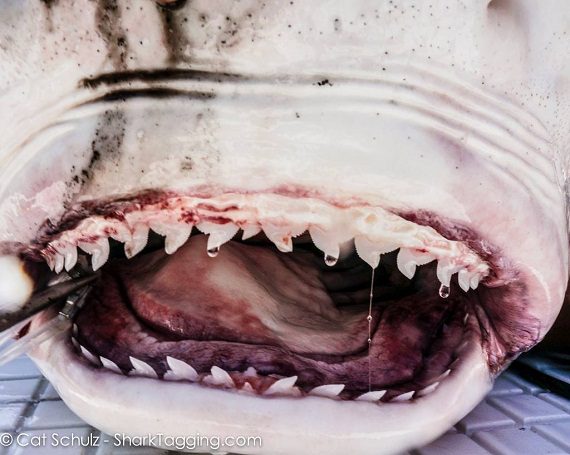 One of the tagged sharks from the Oceana, Nautica, and RJ Dunlap Marine Conservation Program trip. (Photo: © Cat Schulz / Sharktagging.com)