Below, Senior Advisor and Expedition Leader Ricardo Aguilar recalled the harrowing moment when Oceana confronted illegal driftnet fishers in the Mediterranean, as well as the campaign victory that resulted from these efforts:

“Fighting against illegal fishing activities it is not an easy or safe task. The ones involved in these activities are not always friendly towards those of us who work in marine conservation – and they are especially unhappy when they’re caught red-handed. These are the scenarios that unfolded in 2005 and again in 2007, when Oceana embarked on the Ranger, our 22-meter-long catamaran, to look for illegal driftnetters in the Mediterranean Sea.

Despite the fact that the European Union (EU) had banned driftnetting for large pelagic species in 2002 and paid up to 50,000 Euros per boat to support the transition to legal fishing gear, some reluctant fishers continued using driftnets up to 12 kilometers (7.5 miles) long to catch tuna and swordfish. Across the EU, these illegal nets were responsible for enormous amounts of bycatch each year, including as many as 15,000 cetaceans and over 100,000 sharks – according to estimates at the time – and an unknown number of sea turtles, sunfish, and other marine animals. 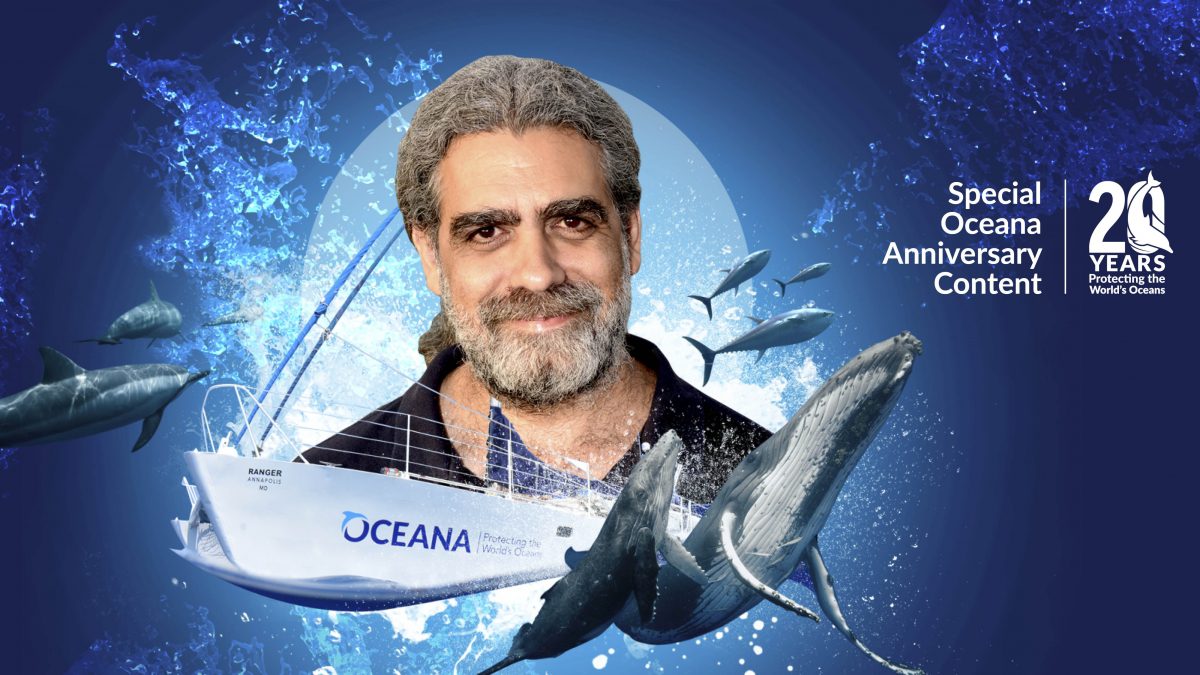 One day when Oceana was out on the water, we found what we were looking for: a group of driftnetters in Italian waters. Our crew quickly mobilized to start recording their activities and gathering data on the fleet involved in this fishery. The fishermen realized that we were filming as they recovered their nets, some of which were heavy with non-targeted marine life. Many eyewitnesses were watching as they hauled in their wasted catch. They became furious and suddenly started chasing us and demanding that we hand over the video footage, but we managed to outrun them.

Two years later, the Ranger found half a dozen illegal driftnetters in French waters off the coast of Marseilles, and we came under attack. The driftnetters hurled potatoes, stones, discarded fish, and even rays (with venomous spines) at us, along with colorful insults and threats. They threw ropes in the surrounding waters to entangle our propellers and leave us incapable of fleeing. They even attempted to ram and board our vessel. Our captain radioed French maritime authorities, and just in time, a government helicopter arrived and scared the driftnetters away.

Over the next few years, Oceana continued looking for illegal driftnetters at sea and in harbors, and prepared several reports for the EU that finally forced Italy and France to take decisive action to stop this fishery. Oceana later carried out similar research in Moroccan and Turkish waters, which resulted in agreements in those countries to phase out large-scale driftnets.

Our campaign succeeded in preventing thousands of whales, sea turtles, sharks, and other marine animals from dying as bycatch, and ultimately helped authorities better manage swordfish and tuna stocks.”

The big picture: Bycatch doesn’t need to be an inevitable and enormous side effect of fishing. Oceana supports responsible fishing, and one way of doing that is by helping fishers transition to more selective gear types, or jobs that don’t jeopardize ocean abundance. Following campaigning by Oceana and its allies, the government of Belize agreed to phase out harmful gillnets, with the condition that those fishers would be trained for alternate jobs. A similar deal was clinched in California, where Oceana raised $1 million from foundations, families, and individuals in 2020 – matched by government funds – to help drift gillnet fishers switch to a gear that is effective at catching swordfish while avoiding dolphins, sea lions, and other non-targeted marine life.