What happens to all of our plastic trash once it enters the ocean?

When a U.S. Geological Survey researcher analyzed rainwater samples from the Rocky Mountains, he expected to see dirt and mineral dust. Instead he found tiny flecks and fibers of plastic in a rainbow of colors.

It wasn’t the first time a scientist discovered a literal rain of plastic. Minute wind-blown plastics have wafted down in Paris, France, in Dongguan, China and in remote parts of the Pyrenees mountains.

Plastic is everywhere – including in our air, water and food – and it’s going to be there for a long time. Plastic never really goes away. Instead it breaks up into tiny bits that range from the visible to the microscopic. As these pervasive remnants of our throwaway problem pile up, scientists worry that they could be having a big effect on human and ocean health.

Plastic doesn’t play nice with living things. While evolution has yielded a host of microbes, fungi and invertebrates that can turn everything from wood to flesh back into carbon dioxide and water, almost nothing can biodegrade plastic, explained Oceana senior scientist Dr. Kim Warner.

“The chains that make up the backbone of these different plastics are so complex that there’s no organism out there that can effectively break down those chemical bonds in a natural setting,” she said. “When plastic gets smaller and smaller, that doesn’t make it easier to degrade back into its components.”

Of the over 8.3 billion metric tons of plastic that have been manufactured since 1950, only 9% have been recycled, and only 10% of recycled plastic gets recycled a second time. A small fraction of plastic waste is incinerated, but the lion’s share – 79% – winds up in landfills, littered in landscapes, or bobbing in our rivers and oceans. 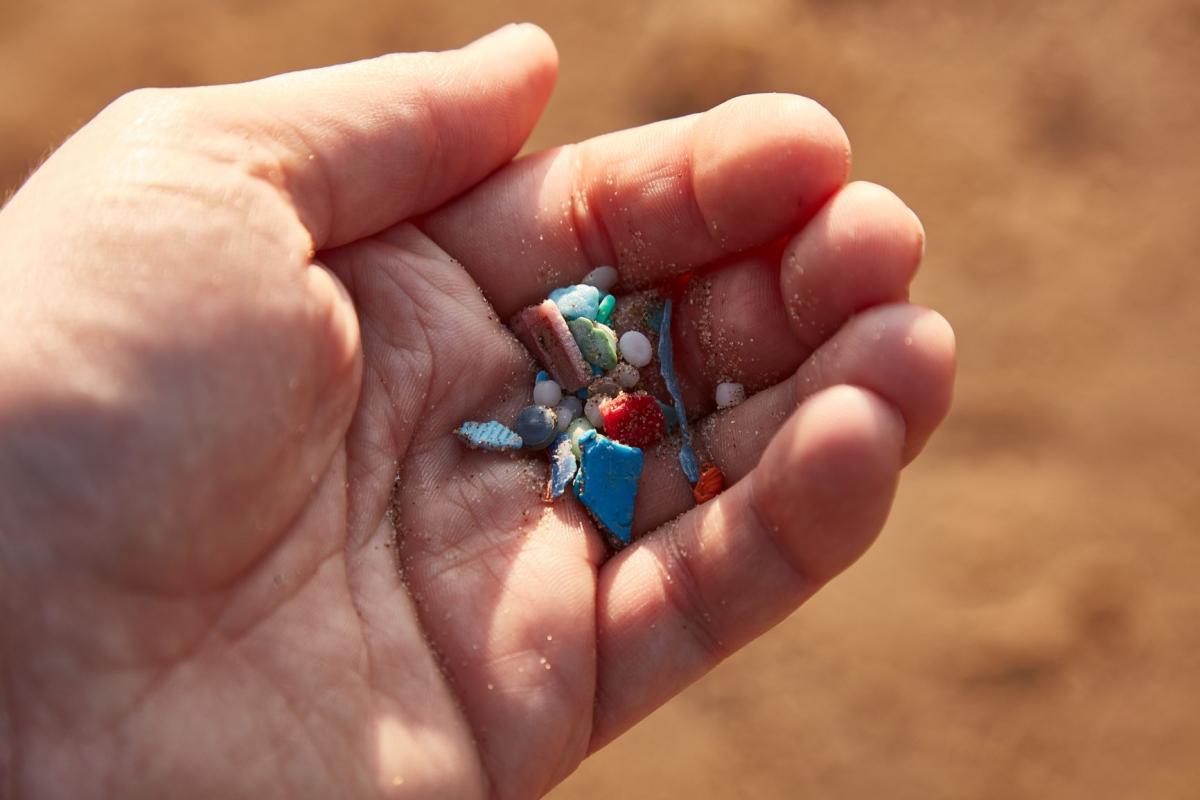 Exposed to sunlight, saltwater and the mechanical forces of waves, winds and tides, plastic first fragments into particles called microplastics, a catchall term for any type of plastic that’s 5 millimeters or smaller. Eventually, microplastics erode into “nanoplastics” measuring less than 100 billionths of a meter across, about the size of typical bacteria.

All these bits and pieces add up, with much of it winding up in places where it’s not readily seen. When plastic enters the ocean, 94% sinks to the sea floor, according to a recent report.

Warner said, “We already have a layer of stuff that’s not going to degrade further. It could last potentially for eons, unless something evolves in that time to break down plastic in the very cold environment of the ocean.”

One of the iconic images of the growing anti-plastic movement is that of the desiccated corpse of an albatross chick, its belly overflowing with garishly colored bottle caps, lighters and other plastic detritus. The fatal effects of plastic on ocean animals is well known, but a recent study shows that even a few flecks of plastic can do great harm.

On Australia’s remote Lord Howe Island, tens of thousands of fleshfooted shearwater parents feed their fluffball chicks fish – and plenty of plastic. Some years, up to 90% of chicks have at least one piece of plastic in their stomachs. Scientists discovered that chicks that eat even small amounts of plastic suffer health consequences. Just one scrap of shampoo bottle or balloon is enough to trigger elevated cholesterol levels and blood chemistry associated with impaired kidney function.

“This can have some pretty significant consequences for a bird that has to fly unaided to the Sea of Japan when they leave the island,” one of the study’s authors said in a release. 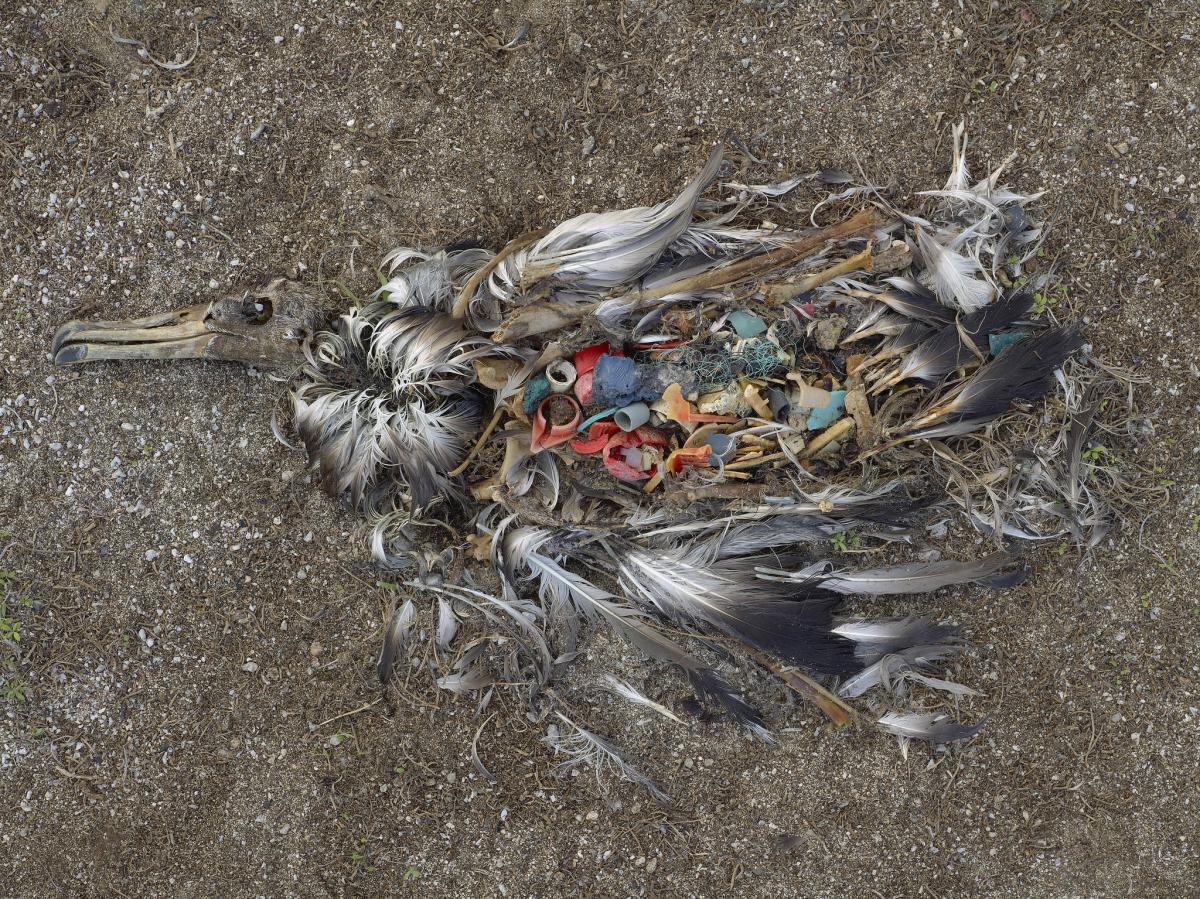 Seabirds are far from the only creatures that consume plastic. Considering microplastics have been found in everything from oysters to humans, it stands to reason that a vast number of earth’s animals are contaminated with the stuff. The shearwater study is one of the first to confirm in a nonlaboratory setting what scientists have suspected for years: Eating plastic is bad for animals. And its effects on people are not yet understood.

In experimental settings, plankton, marine worms and fish that ate plastic consumed their real food less efficiently. Plastic-gobbling crabs had trouble breathing, and ingesting microplastic slowed the growth of sea urchins. In one particularly troubling experiment, nanoplastics passed from a fish’s food into its gut and organs before crossing the blood-brain barrier and interfering with its normal behavior.

Microplastics also act as “magnets” for harmful pollutants like pesticides or flame retardants that find their way into bodies of water, explained Christy Leavitt, the head of Oceana’s U.S. plastics campaign. “When they’re eaten by fish, they may work up the food chain into our food supply,” she said.

The chemical make-up of plastic further complicates matters. According to industrial ecologist and researcher Dr. Roland Geyer, only 93% of plastic, on average, is the polymer itself. “The other 7% are additives,” he said. “These additives are complex chemicals, some of which are known to be hazardous.”

Microplastics research is still in its infancy, and we still don’t know if gobbling down small bits of a plastic bottle or foam takeout container poses any more threat to human health than simply eating and drinking out of plastic. What is known, though, is that each of us currently consumes around 70,000 plastic particles a year.

“As time goes on, we’ll be exposed to more microplastic,” Leavitt said. “Plastic pollution is only going to increase.”

It is a next to impossible task to clean up the trillions upon trillions of minute plastic particles swirling deep in our seas and littering our lands. But it is possible to stem the tide of plastic manufactured, including packaging, bottles, bags, utensils and other throwaway junk.

“We are not going to recycle our way out of this problem,” Leavitt said. “We need to reduce single-use plastic at the source.”

Oceana is working in Peru, Chile, Belize, Canada, the U.S. and the EU to create and implement laws that phase out throwaway plastics. In addition, Oceana will campaign for plastic-free spaces in workplaces, universities and businesses to give consumers the option of refusing single-use plastic waste.

One thing is clear: If we don’t take swift action soon, the plastic raining over our mountains and cities and entering our oceans will turn into a plastic deluge – and the aftermath will be with us essentially forever.