Why Oceana is working to bring Mexico’s opaque, disorganized fisheries management into the light of day

The turquoise waters off Cancún are crystal clear, but like everywhere else in Mexico’s seas they’re hiding a troubling secret: Scientists have almost no idea how populations of iconic fish like grouper and bluefin tuna are really doing.

This worrisome finding came from the first independent audit of Mexico’s fisheries, which Oceana’s Mexico team released in June 2019. The report highlights the severe lack of reliable, publicly available data about the health of Mexico’s seafood stocks. This lack of data makes it next to impossible to responsibly manage the country’s fisheries — jeopardizing food security for coastal communities and risking the livelihoods of the 1 million people who work in the seafood sector.

Most of Mexico’s fisheries are in bad shape. Seventeen percent are overfished or depleted, and a further 63% cannot withstand any additional fishing pressure, Oceana’s audit found. But because these findings were pulled from existing government statistics, it’s possible that the real state of the country’s fisheries could be even worse, Pedro Zapata, Vice President of Oceana Mexico, noted. Of the 83 fisheries with published government data, only 4% have verifiable science to back up official conclusions on key metrics like fish abundance and annual catch.

Mexico has been a top fishing country for decades, but the government only started collecting fisheries data in 2000, and has published piecemeal data just a few times since then, said Esteban García-Peña, Oceana’s campaign director for rebuilding fisheries. In the case of economically important octopus fisheries, for example, no data has been published for nearly two decades.

And, to make matters worse, the data that is collected and published is often ignored, García-Peña noted. The government has known since 2000 that certain grouper and snapper species are overfished, but it has taken no steps to rebuild these valuable fisheries.

Hundreds of ways to be illegal 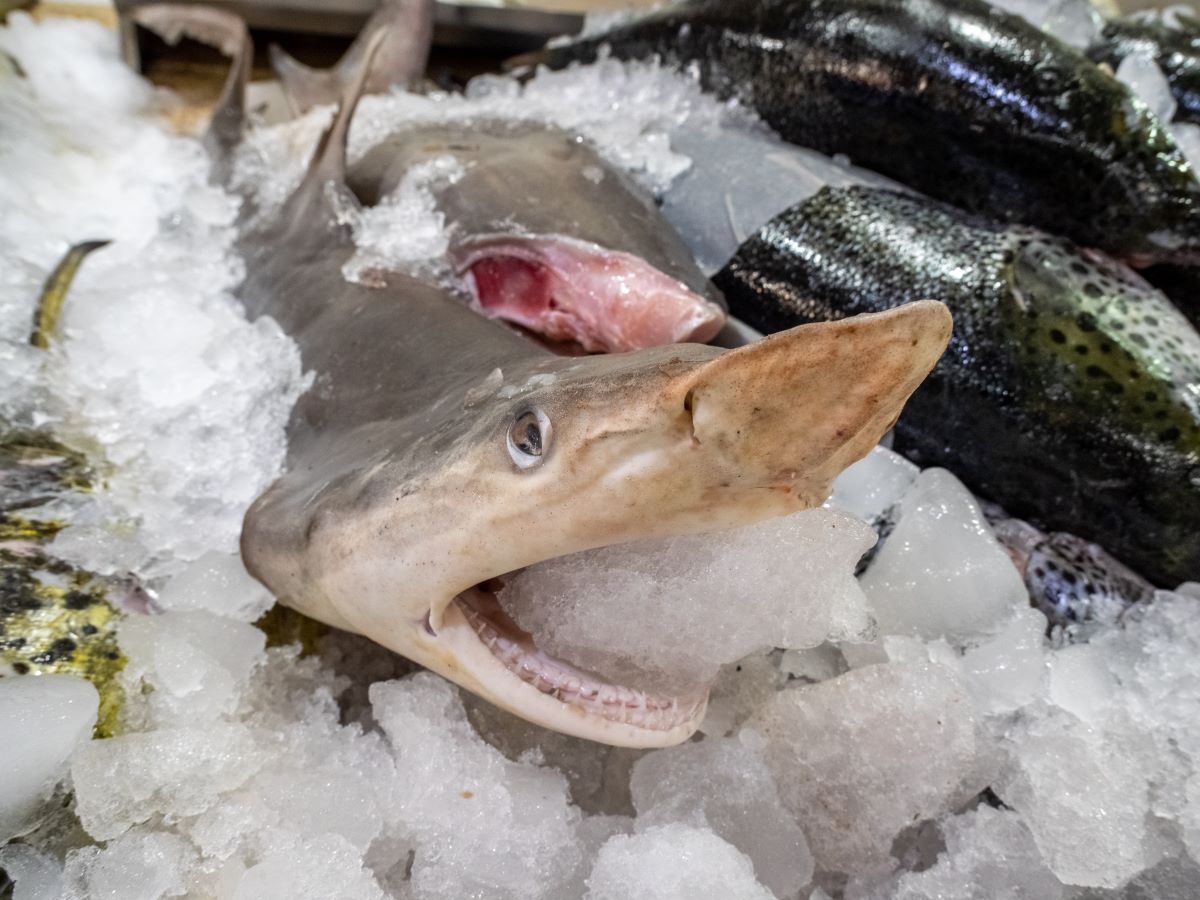 Mexico also struggles with sky-high rates of illegal, unreported and undocumented fishing. According to Sea Around Us, a University of British Columbia research initiative helmed by Oceana board member Dr. Daniel Pauly, every pound of officially reported fish is shadowed by a second, illegally caught pound — meaning Mexico’s true fish catch is double what is officially recorded.

Mexico’s fisheries laws are convoluted and hard to follow, even for law-abiding fishermen, creating “hundreds of ways to be illegal,” Zapata said. At the same time, certain fisheries officials and agencies have issued fishing permits and boat licenses many times in excess of what fish stocks can withstand. “Mexican fisheries authorities are not obeying Mexican fisheries laws,” García-Peña added.

To tackle this out-of-control situation, Oceana is now pushing the Mexican government to publish all fisheries data, not just its publicly available (but unreliable) conclusions. Oceana will also work with federal officials to create legislation similar to the highly successful Magnuson-Stevens Act in the United States, which has helped recover dozens of once overfished species. These new regulations would mandate that Mexican fisheries agencies rebuild overfished stocks within a set time period.

The lack of transparency in Mexico’s seafood sector extends beyond data. Mexican diners can’t trust that the fish on their plate is the same fish they ordered. In the Oceana report Gato por Liebre — or “cat for hare,” referring to an ancient swindle that passed cat meat off as rabbit — researchers discovered that 32% of 400 seafood samples tested in Mexico City, Mazatlán and Cancún weren’t the species advertised.

In Mazatlán, Mexico’s largest fishing port, marlin is an iconic local dish, but genetic testing revealed that nearly all “marlin” samples were actually yellowfin tuna. This isn’t necessarily a malicious substitution, Zapata explained, as tuna isn’t cheaper than marlin. It is, however, far more common, as tuna benefits from effective fisheries management. The sale of “marlin” across Mazatlán masks the overfishing that has walloped marlin populations, leading to a false sense of abundance.

On the other side of the country, in Cancún, however, the team did uncover clear proof of purposeful, malicious substitution. There, gulf grouper is just as famous as Mazatlán marlin — and just as fraudulent. Oceana researchers didn’t find a single scrap of grouper DNA in any of the samples they tested. All had been substituted with significantly cheaper species, mostly farmraised Asian catfish. As the first report of its kind in Mexico, Gato por Liebre’s release “caused a big stir,” Zapata said. “People are very unsurprisingly and correctly concerned about being defrauded. People were not amused when they were being given shark and they didn’t ask for shark.”

The team has some pretty big allies on their side: Both commercial and artisanal fishermen are eager for traceability, Zapata said, since they lose money when their high-value snapper or grouper has to compete with cheap imported tilapia. Restaurants want traceability too, as they’re often unwitting victims of shady suppliers. Even Mexico’s tilapia farmers want traceability, as Mexican tilapia is a higher-quality fish than its Asian counterpart, which is often pumped with water to make it artificially heavier. 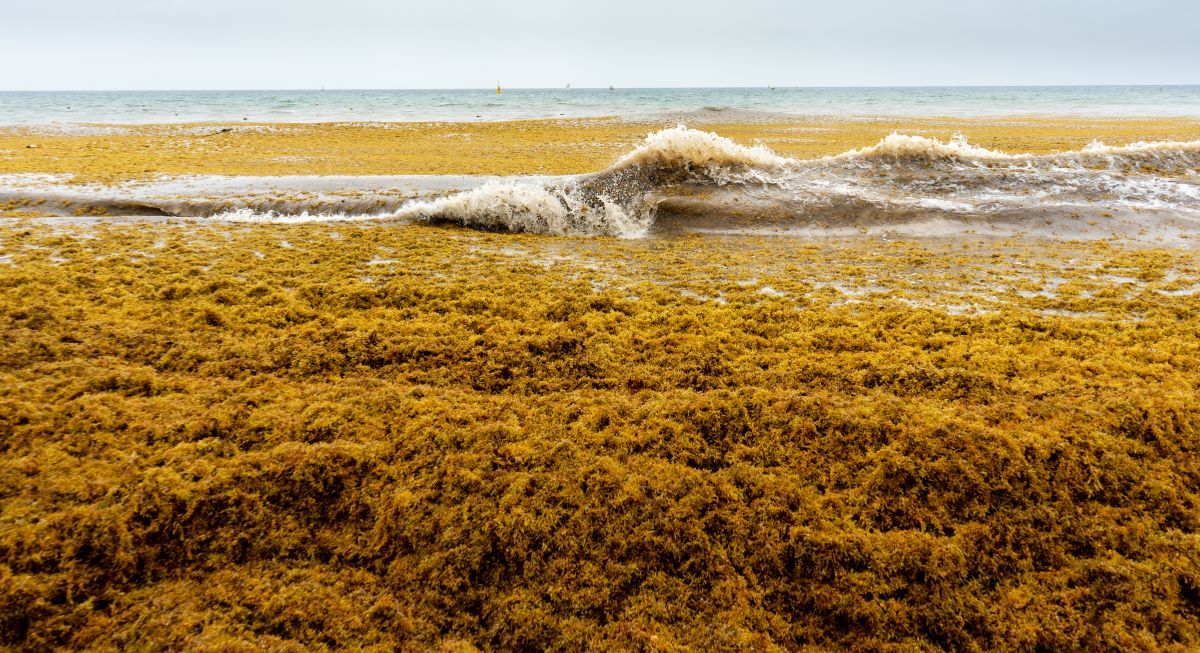 Oceana faces a big battle as it pushes for traceability and science-based management in Mexico’s fisheries. “We have a fisheries sector that has been the victim of neglect of a lot of governments and a lot of administrations for a long time,” Zapata said.

Despite the crucial role healthy oceans play in Mexico’s seafood, tourism and real estate sectors, the country is ill-prepared for the challenges of a swiftly changing climate, Zapata noted. The disorganization — and at times, corruption — of the country’s fisheries agencies means that rules and enforcement aren’t equipped to deal with upcoming crises like mass fish migration and rapidly shifting habitats.

This lack of preparation is typified along the Caribbean coast, in places like Tulum and Cancún, where a sudden plague of sargassum seaweed is befouling beaches and driving tourists away. Though sargassum is a natural part of the ecosystem, it’s now exploding in never-before-seen abundance. Wind and waves push floating mats of algae to the coast, where it piles in smelly, meters-thick mounds and stains the water an unsightly brown.

No one knows exactly what’s behind the bloom, but as sargassum is a warmth-loving species, scientists suspect global warming is at least in part to blame. So far, Zapata said, efforts have focused too much on cleanup and disposal, and not enough on figuring out why the problem has gotten so bad and how the sargassum can be stopped at its source.

Oceana, however, is equipped to take on Mexico’s current and coming problems. It’s one of the few nonprofit organizations dedicated to public policy in Mexico, and the only one dedicated to ocean policy, Zapata said. Years of experience with marine policy, science, advocacy and litigation in other countries — and on the same issues that Oceana is tackling in Mexico — mean that the team has plenty of expertise and case studies to draw on. One day, the country’s fisheries could be as transparent as the waters off Cancún.