Photos: Help Save Sea Turtles with These Five Simple Steps

Of the seven sea turtle species in the world, six nest in the United States, and all of them are listed as endangered or threatened under the Endangered Species Act — harmed by bycatch, marine debris, boat strikes, pollution, and many more threats. Take a look at a few simple yet important steps that you can take during your beach days to protect sea turtles. 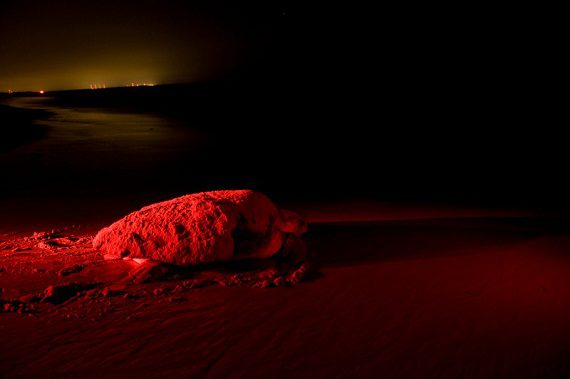 A Loggerhead sea turtle heads back to the ocean after nesting on Bald Head Island, North Carolina in 2009. (Photo: Oceana / Jeff Janowski)

2. Avoid beach fires during the nesting season. The light and heat from beach fires can disorient sea turtles, causing them to crawl towards the fire. It’s also important to remove recreational equipment from the beach at night, since sea turtles can get stuck in the equipment. 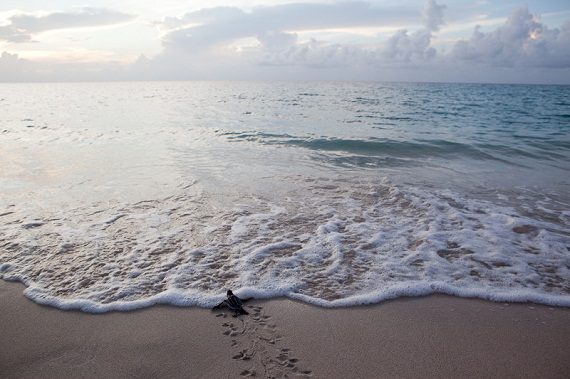 A Leatherback sea turtle enters the ocean for the first time after hatching from its nest in the U.S. Virgin Islands (Photo: Oceana / Tim Calver)

3. Keep beaches and waterways free of trash! Plastic bags are a particular threat, since sea turtles can mistake them for jellyfish — one of their main prey sources — causing them to starve or die. Additionally, since turtles can choke or become entangled in fishing gear like nets and hooks, as pictured below. 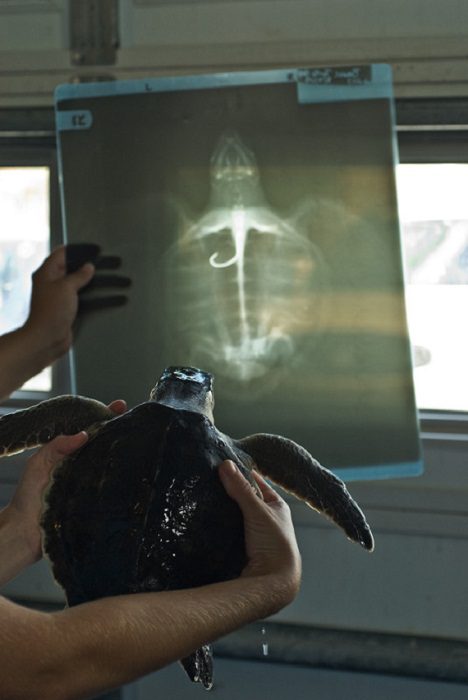 4. Don’t disturb nesting females. Sea turtles can get easily spooked when they’re starting the nesting process, sometimes causing them to “false crawl” and return to sea without nesting. 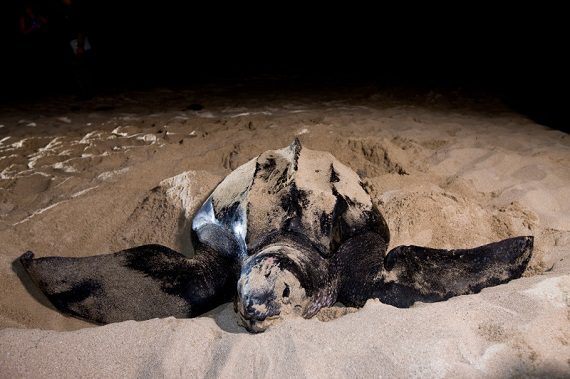 5. Stay alert when boating. Boat and propeller strikes can seriously injure or kill sea turtles, so to avoid these incidents, slow down when you spot a turtle, stay in channels, and avoid boating over their habitat like sea grass beds. 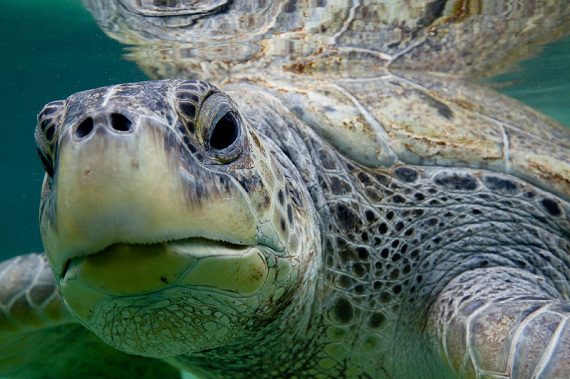 Oceana works to protect sea turtles around the planet, campaigning to protect their habitat, reduce sea turtle bycatch from industrial fisheries, and combat poaching. Learn more about our efforts here.