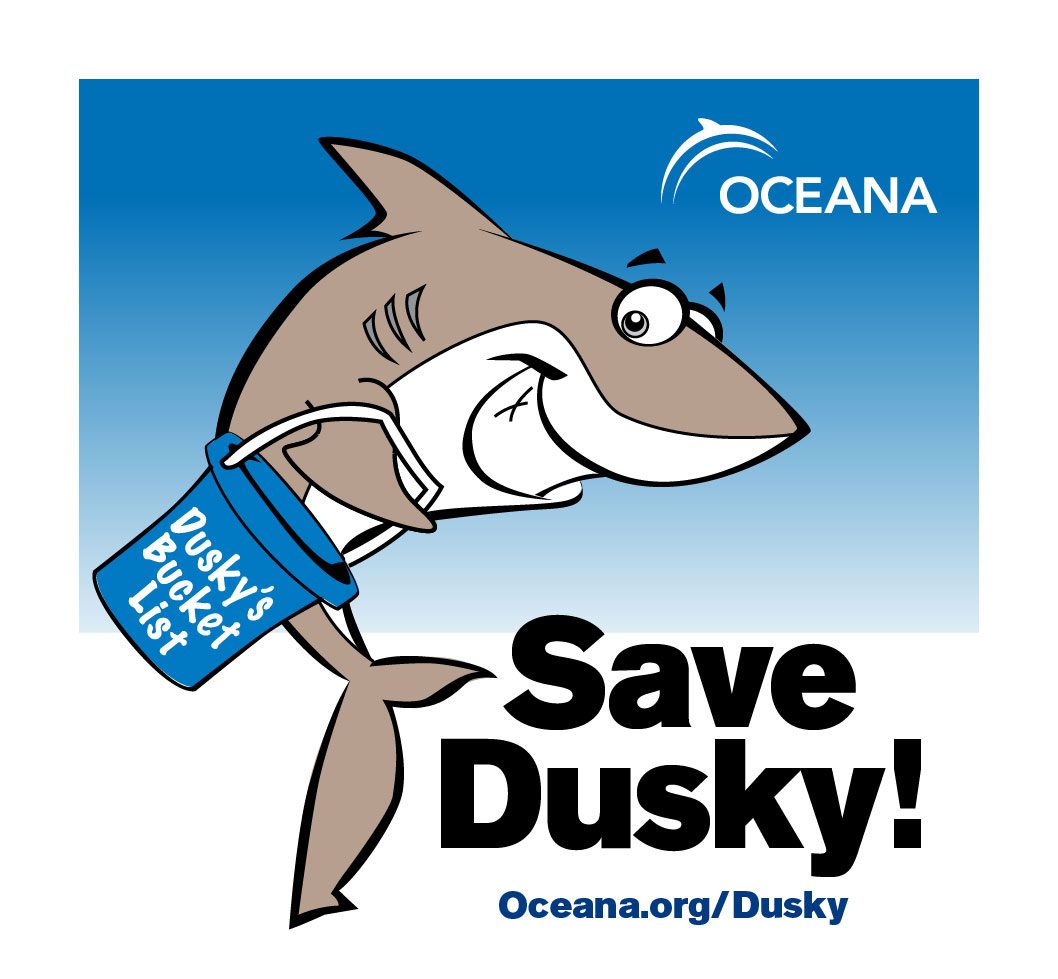 Dusky sharks, Carcharhinus obscurus, are in trouble. Populations off the Atlantic coast are estimated to have declined by 99 percent over the last 40 years as a result of overfishing and bycatch, and the government has failed to take concrete action to help populations recover. In 2000, the National Marine Fisheries Service (NMFS) prohibited fishermen from targeting dusky sharks, but because they did not account for bycatch, populations are still being overfished today. Oceana is determined to change the fate of dusky sharks and is embarking on a public awareness campaign to raise concern and to demand concrete measures to ensure that dusky shark populations are no longer overfished and will recover.

Sign up to join the campaign to save dusky sharks

Dusky the Shark has come ashore after reading Oceana’s report Wasted Catch: Unsolved Problems in U.S. Fisheries and learning about his imminent fate as bycatch on a longline if he stays in U.S. waters. He is concerned that his entire population is in trouble if no action is taken, so he is seeking help from Oceana.

Dusky has emerged from the water to seek help from Oceana, and achieve his “bucket list” of activities designed to protect and restore his species. Dusky will meet supporters, raise awareness and secure federal protections for dusky sharks in order to end overfishing. While he is ashore, Dusky will meet with fisheries officials, elected officials, members of the general public and celebrities who might champion his cause. He’ll spend some time touring the U.S. to build support for greater regulations to reduce bycatch and dusky shark mortality before it’s too late.