Paths to Fisheries Subsidies Reform: Creating Sustainable Fisheries Through Trade and Economics provides a first-ever tool to assess and compare interventions in various venues towards achieving fisheries subsidies reform. The report also presents the technical and scientific basis of how subsidies impact fishery resources and traces the history and evolution of fisheries subsidies reform.

Government subsidies to the fishing sector are a major driver of overfishing. Subsidies allow fleets to fish longer, harder, and farther away than is economically possible. Worldwide, these “overfishing subsidies” are estimated to be equivalent to approximately 20 percent of the global catch each year. The scope, magnitude, and effects of subsidies are so significant that eliminating them is the greatest single action that can be taken to protect the world’s oceans. 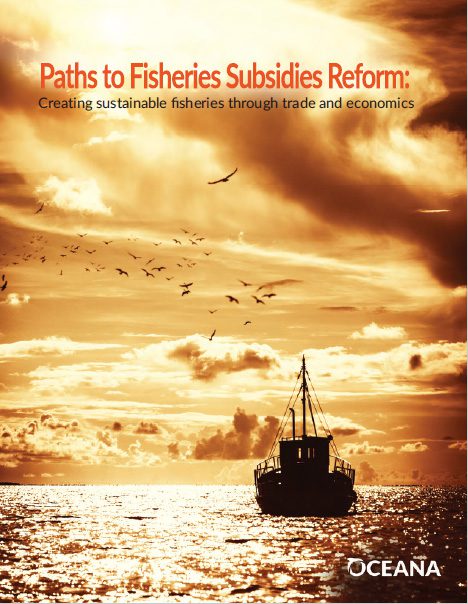