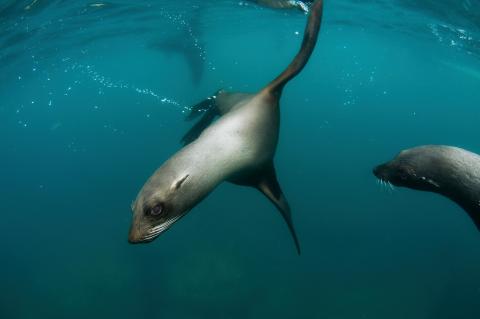 The Juan Fernández fur seal is endemic to Chile’s Juan Fernández and Desventuradas archipelagos and was hunted for its fur in the 18th and 19th centuries. The species was believed to be extinct by 1900, but in 1965, a small population was spotted on the Juan Fernández islands.

In 1978, the species became fully protected under Chilean law and as a result there is now believed to be 16,000 mature seals in the Juan Fernández Archipelago. Though the IUCN Red List once classified the species as threatened, it is now considered of least concern.