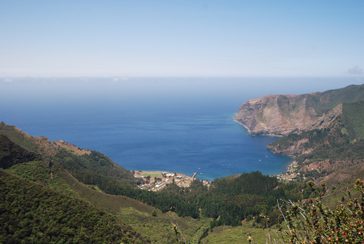 The Robinson Crusoe Island  is the largest island of the Juan Fernández Archipelago. With an area of 150 km, it is located in the town of San Juan Bautista and is inhabited by 600 people. Given its biological richness, the island was declared a World Biosphere Reserve by the United Nations, highlighting its vital role in global biodiversity and the importance of protecting it.

The Robinson Crusoe Island underwent the “Underwater Cleaning of the Coastal Edge of the Cumberland Bay” project in order to remove, relocate, select and collect all the artifacts and debris that the 2010 tsunami moved into the Bay that February.

This project was the result of joint work between Oceana, the Juan Fernández Foundation, the island’s fishermen union and the three diving schools in the Archipelago that oversaw the removal of debris from the sea for six months.

The project was also done in conjunction with the local community because it involved training and hiring local divers and cleaning crews, which in itself was a social contribution to the island community.

During the implementation of the project divers removed from the seabed dozens of zinc plates, steel bars, glass bottles, pounds of clothes, appliances, furniture and scrap metal in general, among others.