Oceana: EU is failing to bring down high overfishing levels

Brussels – The European Commission has today released its annual communication on the state of fish stocks and the progress in achieving the commitments of the Common Fisheries Policy (CFP). Oceana has continuously expressed concerns regarding the lack of decisive political action during recent years to stop overfishing in European waters, and has called on decision makers to promote a definitive change for the better in the management of fish resources.

The information presented by the European Commission confirms that since the adoption of the current fisheries framework regulation in 2013, no substantial improvements have been made in the sustainability of fish resources. Despite a clear legal obligation to phase out overfishing by 2015 (in exceptional cases by 2020 at the latest), its ratio has only been reduced by 1% in Atlantic waters, from 42% in 2013 to 41% in 2015, while in the Mediterranean it is still kept at alarming rates of over  90%, with stocks of species like hake, red mullet, monkfish and blue whiting exploited at levels up to six times higher than recommended by science:

“The overfishing problem is not only an environmental issue but also socio-economic one, and the only way to really ensure the viability of the more than 84.000 EU vessels and 150.000 EU fishermen is bringing the stocks to healthy and sustainable levels as soon as possible,” said Lasse Gustavsson, Executive Director of Oceana in Europe. 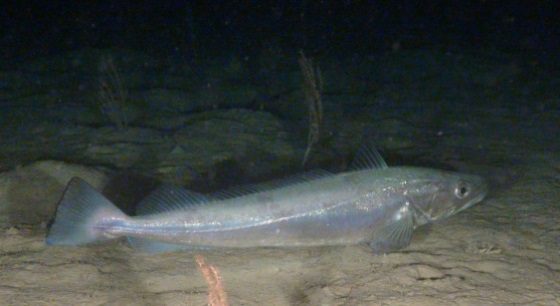 According to the most recent report by an EU advisory body – Scientific, Technical and Economic Committee for Fisheries (STECF) – based on 2015 data, the present state of EU fish stocks is rather bleak and the progress achieved so far is too slow to ensure that all harvested fish stocks will be sustainably managed by 2020. STECF also underlines that stocks in the Mediterranean and in the Black Sea remain in a very poor state. It is also alarming that the number of stock assessed in this region has decreased in the past years, and- considering the dreary state – more investigation is required.

However, in the latest annual economic report on the EU fishing fleet, STECF concludes that thanks to greater efficiency and lower fuel costs, matched with recovery of certain stocks, the EU fleet moved from a loss-making position in 2008 to record-high net profits of €770 million in 2014. The future of fisheries may be brighter and yield more profit, if decision makers fully followed scientific advice, as another study by a leading fisheries scientist explains; if recovered and well-managed, EU stocks have the potential to produce over 57%, or 5 million tonnes more sustainable fish annually.