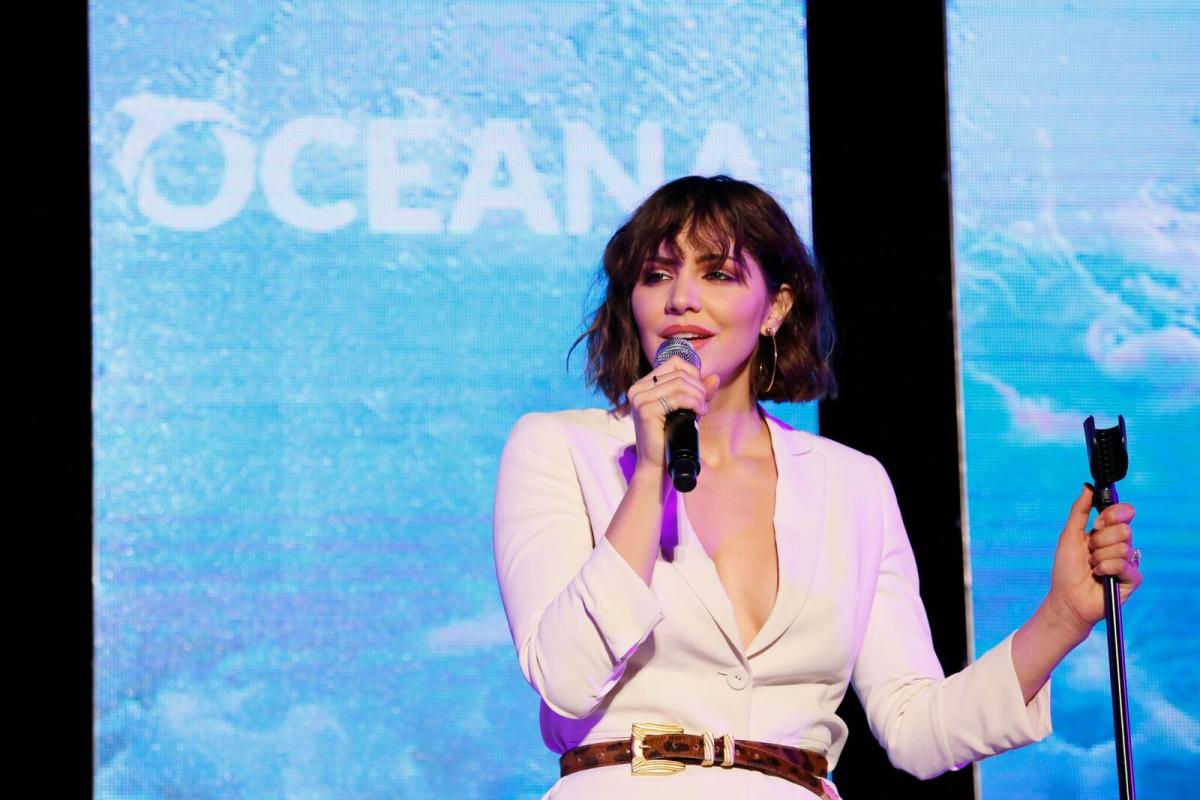 This year’s SeaChange Summer Party was emceed by Ted Danson and featured a special performance by singer-songwriter-actress Katharine McPhee.

“It’s a challenging time for our seas,” Ted Danson told the crowd. “We’ve all seen the headlines: marine life imperiled, critical habitat destroyed, warming waters, coral bleaching, oil spills, and more – the oceans are under threat. But Oceana is built to meet this challenge head on.”

The sold-out evening was held at a private coastal villa in Laguna Beach. Approximately 400 guests attended the event, raising more than $1.2 million for Oceana and local ocean conservation efforts.

Oceana CEO Andy Sharpless spoke on the night’s theme – protecting corals – and noted that “Oceana’s teams are winning battles that will give the corals a chance. We’re fighting to stop expanded ocean oil drilling – a real threat that exists right here off the entire California coast. We’re also fighting to stop coral-destroying bottom trawling. And we’re winning, including recent victories in Chile and the Philippines and new protections for 16,000 square miles right offshore of here.”

“Every year, I am so inspired by the generosity and spirit of this community,” Valarie Van Cleave said. “For more than a decade, the people of Orange County have come together to support healthy oceans. I am humbled by their continued support and thank everyone who came to this year’s SeaChange.”

The program concluded with a performance from Katharine McPhee who sang songs including “Somewhere Over the Rainbow,” “She Used to Be Mine,” and “God Bless the Child.”

“I made a commitment to be at Oceana’s gala six months ago, and I am so happy I was able to come after all,” Katharine McPhee said. “An amazing cause, and a beautiful purpose. Thank you for having me! I adopted two turtles tonight!”

The SeaChange Summer Party is made possible by the generous support of various distinguished local and international businesses and philanthropists. Special thanks to Burgess Yachts, Hemisphere, BMW and the Southern California BMW Centers, Coast Magazine, Nolet Spirits and Ketel One, One Ocean Beauty, and BV Coastal Estates Wines.

For a full list of underwriters and partners, host committee members, auction items and more information about SeaChange visit: http://seachangesummerparty.org/

Photos from the event available here.

Oceana is the largest international advocacy organization dedicated solely to ocean conservation. Oceana is rebuilding abundant and biodiverse oceans by winning science-based policies in countries that control one third of the world’s wild fish catch. With more than 200 victories that stop overfishing, habitat destruction, pollution and killing of threatened species like turtles and sharks, Oceana’s campaigns are delivering results. A restored ocean means that one billion people can enjoy a healthy seafood meal, every day, forever. Together, we can save the oceans and help feed the world. Visit www.oceana.org to learn more.