It is crucial that the red abalone fishery remains closed, giving these beleaguered sea snails a chance to recover.
Flickr/Athena Maguire, CDFW

Ann Vileisis was walking along a cove on Central California’s Big Sur coast when a glint of silver caught her eye. There, down in the sand, was an abalone shell about the size of a pocket mirror. Its kaleidoscopic colors made a strong first impression, which Vileisis recounted in her new book, Abalone: The Remarkable History and Uncertain Future of California’s Iconic Shellfish.

“Holding it up to the sunlight, I could see the swirls of pale pink, blue, green, and yellow that made up its mysterious iridescence. I marveled,” Vileisis wrote in Abalone, her third book about the natural world. “How on earth could an animal create such a brilliant structure – a miniature molluscan version of the Sistine Chapel?” 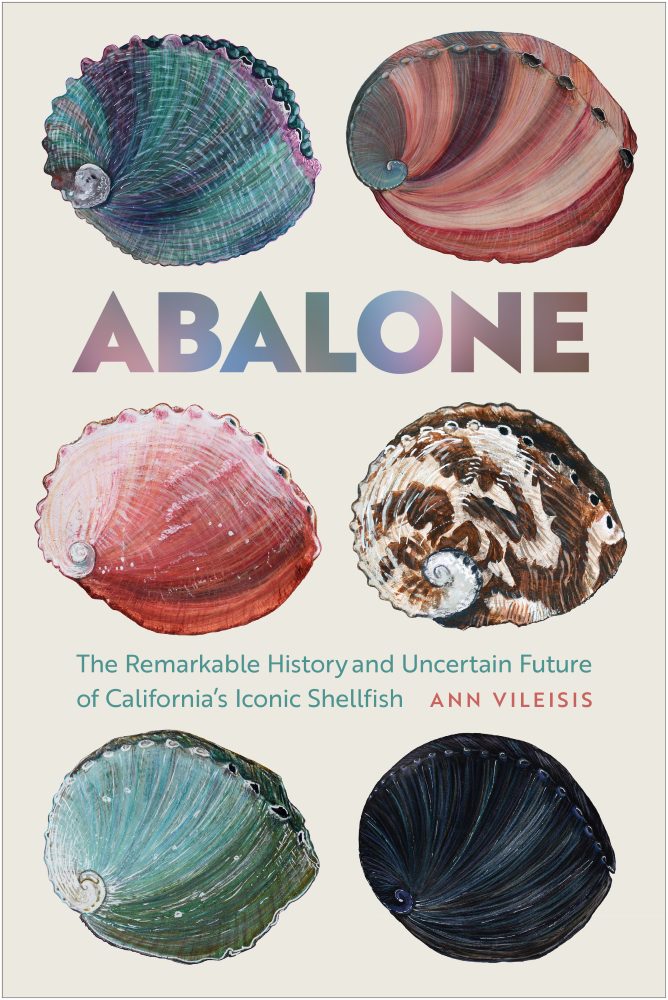 Curiosity compelled her to learn as much as she could about abalone, a succulent sea snail that was once caught by the millions of pounds up and down California’s coast. In addition to sustaining Native Tribes for thousands of years and captivating generations of beachcombers, it’s the animal that fueled the sport of skin diving – an act of daredevilry that involves donning a mask, holding one’s breath, and diving great depths in hopes of snagging a snail.

Abalone were integral to coastal Californian culture – until suddenly they weren’t. In just a few decades, these once-abundant animals were nearly wiped out by overfishing, disease, and climate change. Of California’s seven abalone species, two are now federally listed as endangered in the U.S. (black and white abalone) and none are currently open to fishing.

“The white abalone, along with the leatherback turtle, are the two species most likely to go extinct within the next couple decades on the West Coast,” said Dr. Geoff Shester, senior scientist and director of Oceana’s California campaigns, who is quoted in Abalone.

White abalone may have already reached “a point of no return,” Shester said. However, it might not be too late for other species, like the red abalone that were favored by commercial and recreational fishers for over a century.

As Vileisis lays out in her book, the first abalone meals in now-California were eaten more than 12,000 years ago. There is evidence that Native Tribes on the Channel Islands would rotate harvest sites, moving on to new locations once the abalone in a particular spot grew scarce. This gave the animals a chance to recover, revealing that “even the earliest Californians confronted the challenge of figuring out how to use abalone without depleting them,” Vileisis wrote.

Native Californians not only relied on abalone for sustenance, but also used their shells as tools, decorative emblems, forms of currency, and ceremonial artifacts. Some tribes placed abalone shells over the eyes of the deceased, believing it would grant them the ability to see in the afterlife.

“Indigenous people used abalone in so many remarkable ways – some that we can just barely begin to understand,” Vileisis told Oceana in a recent interview.

Spanish colonizers capitalized on this in the late 1700s, giving tribes abalone shells in exchange for sea otter pelts, then sailing to Asia and trading those for the Chinese mercury needed to process gold and silver.

Abalone weren’t depleted during this period, though. On the contrary, fur hunters killed so many sea otters that the mammals nearly went extinct. This indirectly caused one of sea otters’ primary food sources – abalone – to thrive, creating the illusion that abalone were “superabundant” by nature. 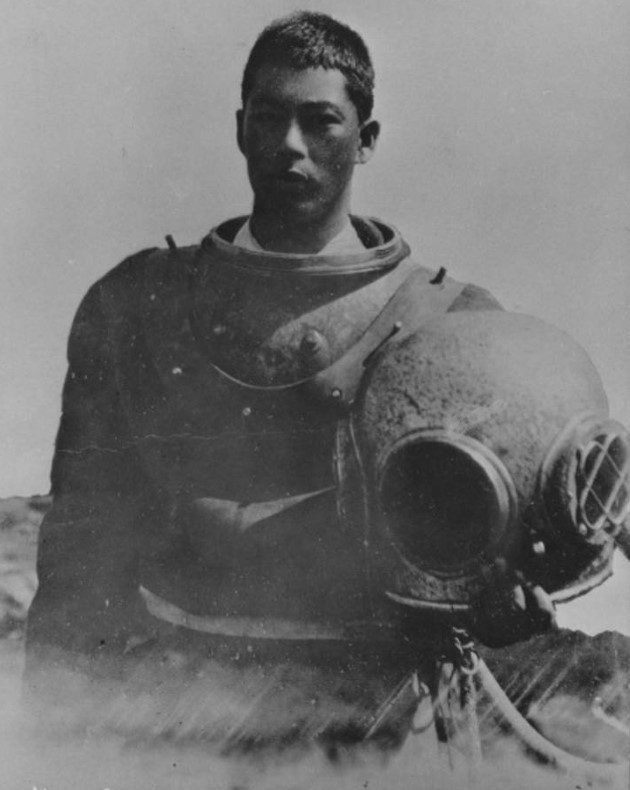 “Abalone are productive, but it was a combination of the historical ecological circumstances, as well as the biology of the animal, that led to this tremendous abundance – and people didn’t realize that until literally about a century later,” Vileisis said.

Because adult abalone and their larvae can’t travel very far, they are extremely prone to a phenomenon known as “serial depletion,” which ultimately occurred when fishers exhausted the available abalone on individual reefs and moved on to the next. By the time they realized their error, California’s abalone were already in trouble.

Over the course of the 20th century, new technologies like gas-powered boats, air compressors, and air tanks enabled Californians to travel farther and dive deeper in search of abalone. Fishing pressure peaked in 1957, when more than 5 million pounds of abalone were caught.

Overfishing, combined with other stressors, ultimately caused a decline in Central and Southern California. After sea otters made a miraculous comeback along Central California’s coasts beginning in the ‘40s and ‘50s – eating up abalone in their wake – commercial fishers were compelled to shift south. Then in the late ‘50s and again in the ‘80s, the warm waters of El Niño killed off kelp, a key food source for abalone. Illegal poaching also became a bigger threat. 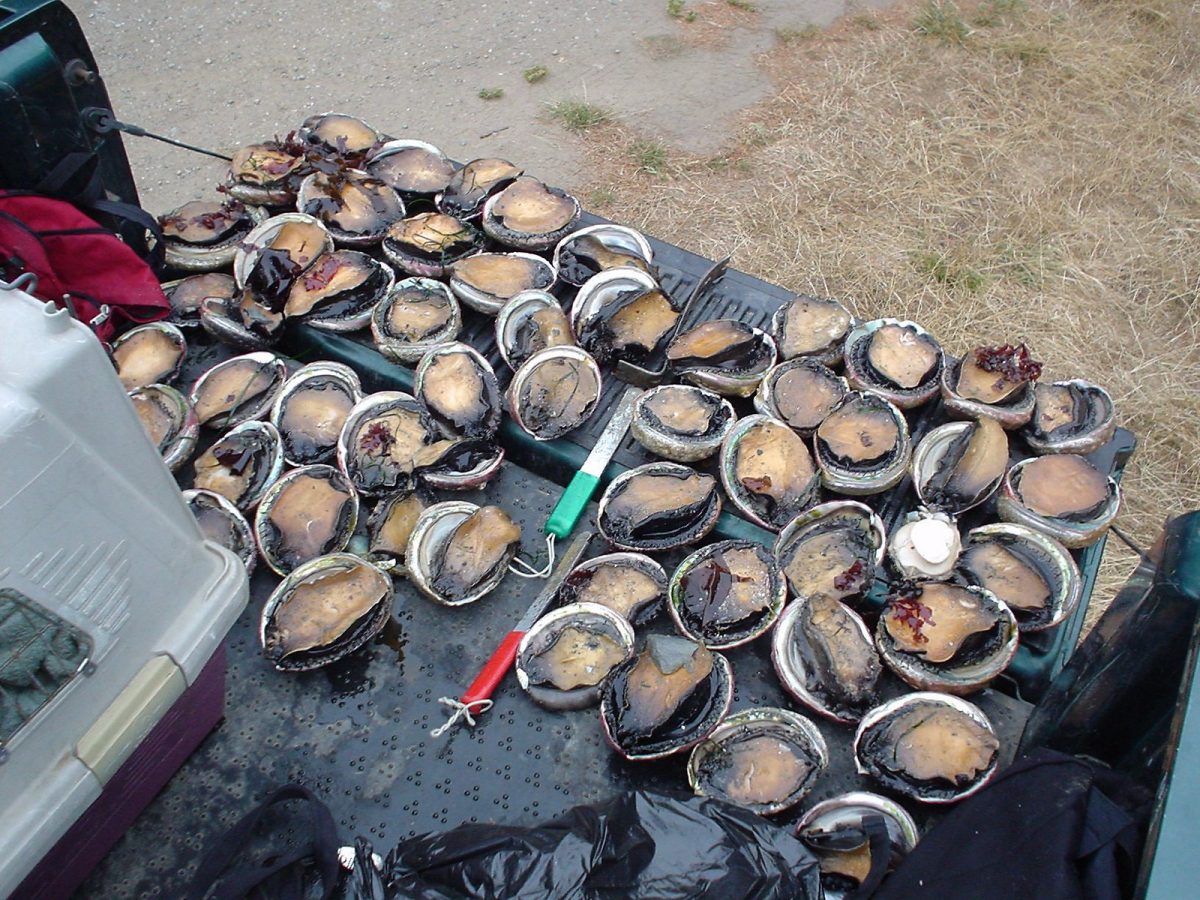 Faced with mounting pressure to take decisive action, state authorities closed the commercial and sport red abalone fishery south of San Francisco in 1997. This is the same decade that ushered in fishery closures for black, white, pink, green, and pinto abalone, which faced their own sets of problems – including a disease called withering syndrome that hurt black abalone in particular.

More recently, in 2013, a disease killed off sea stars, causing cascading ecological effects. Purple sea urchins flourished in the absence of the predatory sea stars that had long kept their numbers in check, and in turn, this booming population of sea urchins started picking off red abalone.

The last straw for red abalone arrived in 2014-2016, when another marine heat wave decimated kelp beds along California’s North Coast, where there had been a thriving sport fishery. “Without kelp, abalone were left to starve,” Vileisis said.

In late 2017, as abalone numbers dropped below thresholds specified in their Abalone Recovery and Management Plan, the California Fish and Game Commission was compelled to consider closing the popular recreational red abalone fishery in Northern California, effectively ending all abalone harvests in the state. At that meeting, Shester spoke out in support of a full fishery closure to help abalone rebound – an unpopular opinion at the time.

“Oceana was the only conservation group that stood up and said, ‘Yes, you need to stick to your management plan and actually close the fishery,’” Shester said.

Some divers wanted the fishery to remain open at reduced capacity, but Oceana supported measures rooted in science and conservation. As Vileisis explained, “In 2017, Oceana was engaged in advocating for the conservation of abalone – to close the fishery sooner rather than later – recognizing the heightened vulnerability of these animals due to unprecedented environmental stresses.”

Oceana lauded the commission for making the right call to protect red abalone, ultimately closing the recreational fishery and giving these animals a fighting chance of survival.

Bringing abalone back from the brink

Hopes are high for a red abalone recovery, but success may hinge on extending the current fishery closure – a measure that the state’s Fish and Game Commission could approve at its December meeting. Speaking on the subject at a commission meeting in October, former California Department of Fish and Wildlife scientist Konstantin Karpov expressed support for a continued closure, indicating that current red abalone populations have fallen below what is viable.

“This is the precautionary science approach that is exactly what we need to do right now until we figure out what will happen with Northern California’s marine life in the wake of this perfect storm that collapsed our kelp forests,” Karpov said.

Meanwhile, the federally endangered white abalone – the most imperiled species of them all – will be even harder to bring back. Last year, thousands of lab-raised white abalone were “planted” into the Pacific, but it’s too early to tell if those animals will reproduce in large enough numbers to carry on their clan.

“We cannot let other California abalone species get to this point of near-extinction,” Shester said. 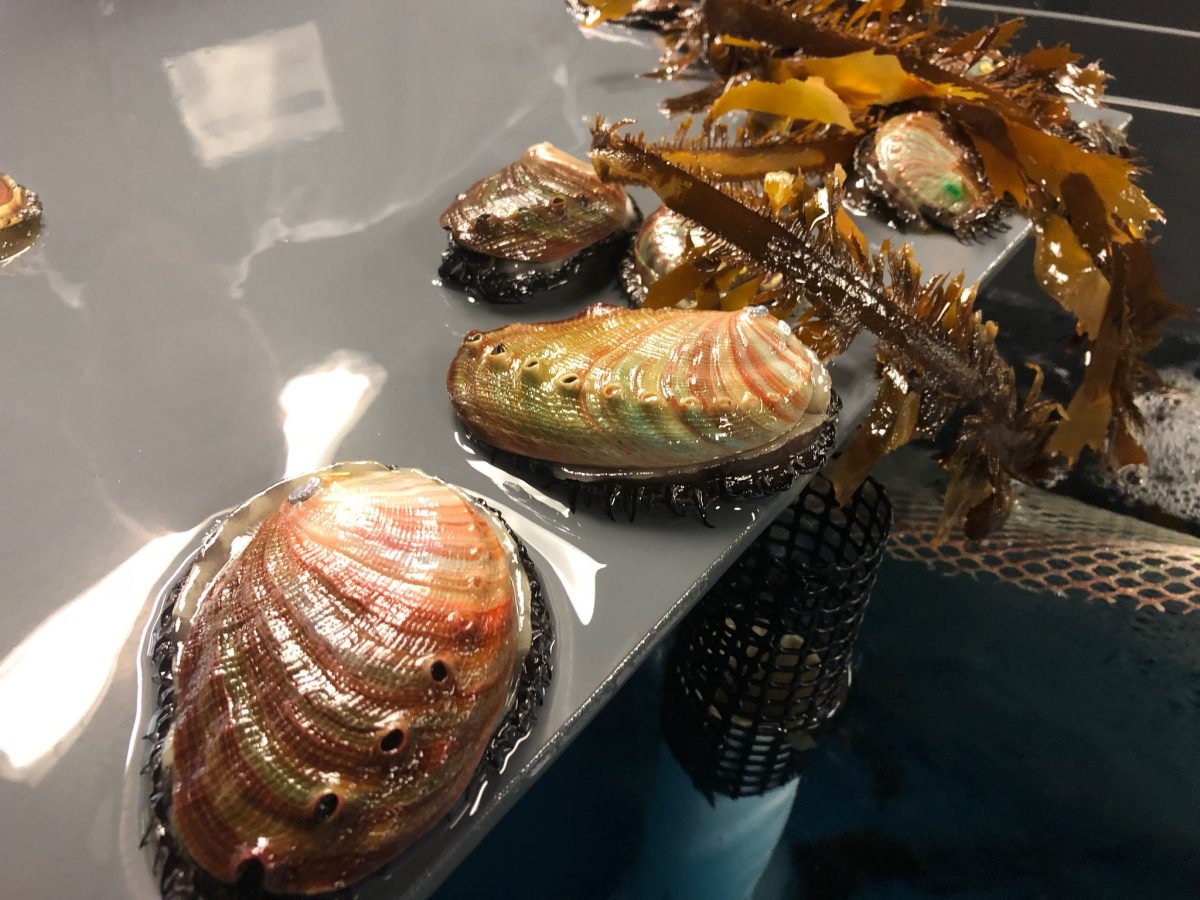 Given these past success stories, and prospects of an extended fishery closure, there is hope that red abalone will return to California’s shores someday, if we simply give them a chance.

“I’d love to see the abalone fishery become healthy again and open back up,” Shester said. “That would be the best possible outcome. I think right now the best thing we can do is wait and let Mother Nature be resilient.”

Update: After this article was published, California’s Fish and Game Commission voted to extend the red abalone recreational fishery closure for an additional 5 years, through April 2026.