Facing a Plague of Invasive Lionfish, Caribbean and Gulf Communities Get Creative

For an ocean-lover, it was like a scene from a bad dream. “I remember very vividly diving on these little patch reefs in the Bahamas and just seeing them covered in lionfish,” said Stephanie Green, an ecologist at Oregon State University. “Some of these sites — just the size of a large truck — would have over 50 adults on them. We’d see a lot of lionfish and not much else.”

Until recently, an army of invasive Indo-Pacific lionfish has gone largely unchallenged as it has spread across the Caribbean and Gulf of Mexico. Now, armed with new science, technologies and traditions, communities across these regions are hoping to outsmart lionfish before these voracious predators can empty reefs and fishermen’s nets of native fish. Lionfish have won many battles. But there is guarded hope that humans might win the war.

In the early 2000s, divers and researchers first started noticing substantial numbers of lionfish (Pterois volitans and P. miles) scattered in sites around the Bahamas, Florida, and farther north. These fish were likely the offspring of imported aquarium specimens that either escaped or were set free by their owners — perhaps as early as early as 1985. 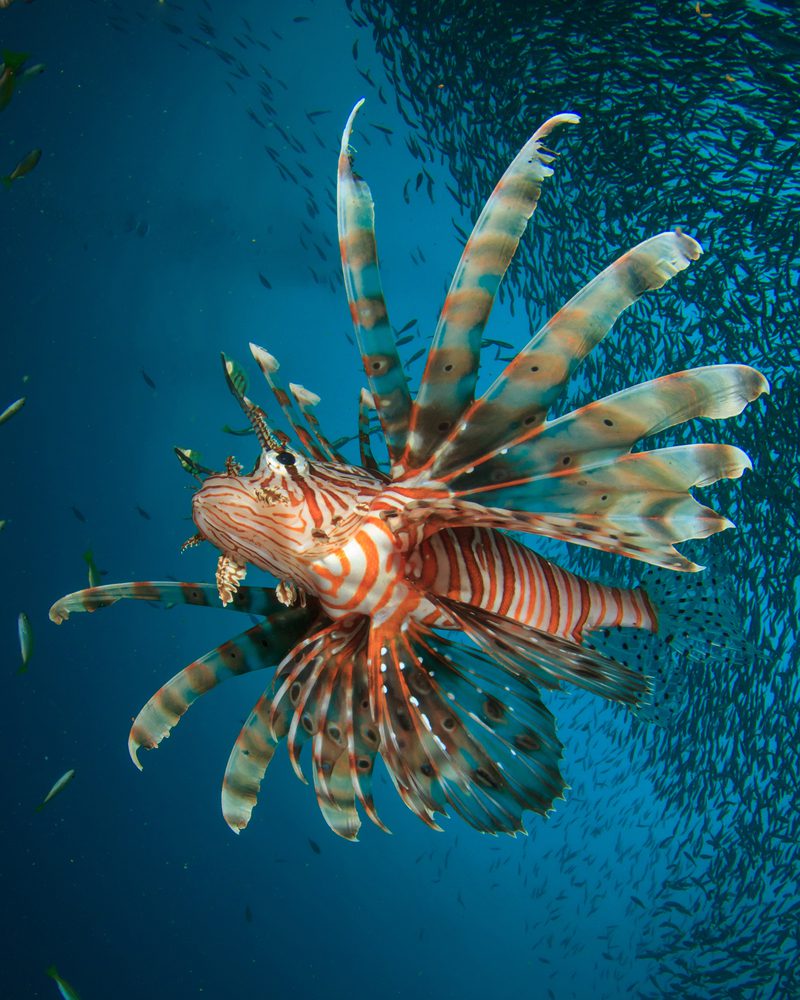 Since then, these fish — native to coral reefs in the Indian and Pacific oceans — have advanced as far south as Brazil and as far north as Long Island. While a few other introduced species have gained a toehold in the Atlantic, only lionfish have spread with such head-turning speed and thoroughness.

They are now found in nearly every saltwater habitat, from shallow seagrass meadows to depths as great as 300 meters. Some even thrive in the brackish mouths of rivers or the cold waters of New York.

Wherever they go, lionfish vacuum up just about anything that fits in their mouths:  colorful reef fish, juveniles of commercial species including snapper and grouper, and algae grazers like parrotfish that allow corals to thrive.

According to Green, one theory about the dizzying success of lionfish is that no natural predators in the Atlantic employ their camouflaged, stalk-and-pounce hunting style. “Naïve” native species don’t see lionfish as a threat before it’s too late.

Once these red-and-white striped invaders colonize a reef, it can be the end of the line for their prey species. One 2012 study in the Bahamas, for instance, found that the rapid growth of lionfish populations over two years coincided with a 65 percent decline in 42 species of reef fish.

Lionfish’s appetite for native prey is matched only by native predator’s aversion to lionfish. Large fish-eaters like sharks and grouper have shown little interest in adding these invaders to the menu. Lionfish spines can deliver painful stings — divers compare a sting to getting shot by a nail gun or set on fire — which may be the reason why predators avoid them.

There are signs that predators might be adapting. Fish large and small will readily eat dead lionfish if divers hand-feed them. But this strategy can backfire if predators, particularly sharks, learn not to hunt live lionfish, but learn to associate humans with food instead. More promising are recent reports that lionfish have been found in the stomachs of snappers, and that reefs with large groupers host fewer invaders — though researchers aren’t sure whether groupers act as active predators or just deterrents.

A Wasteland of Lions

Researchers caution that a worst-case scenario could see much of the Caribbean and Gulf of Mexico home to swarms of lionfish and little else. A takeover of such colossal proportions would devastate tourism, commercial fishing and local ecosystems. If left unchecked, red lionfish (Pterois volitans) — the main offender of the two invasive species — might be the final nail in the coffin for coral reefs hammered by decades of overfishing, pollution and disease.

While Green is hopeful that either humans or nature will eventually bring lionfish under control, she worries that victory will come too late for certain small species with tiny home ranges. 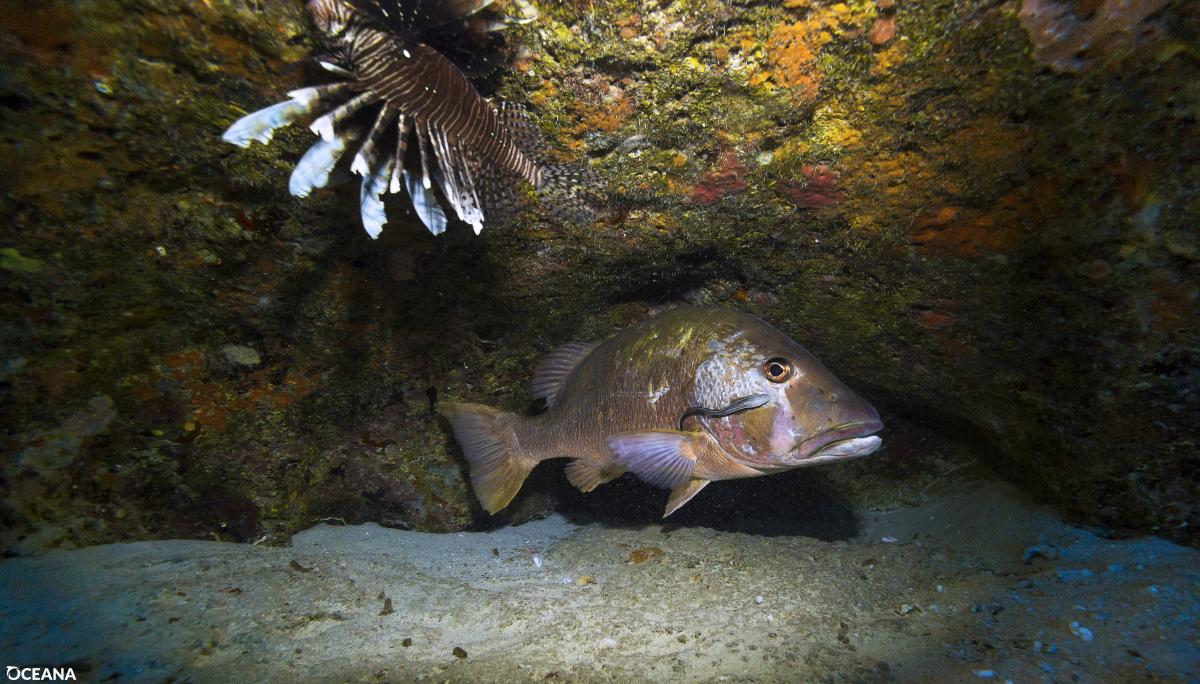 These include the endangered Exuma goby (Elacatinus atronasus) and social wrasse (Halichoeres socialis). A 2015 study found that the social wrasse, which is restricted to reefs and mangroves around Belize’s Pelican Caye archipelago, makes up nearly half the diet of the area’s lionfish.

“My fear is that we will lose some of these species completely,” Green said, “before this whole invasion balances out.”

This is the first part of a two-part series. Reading the second part, To Cook a Predator, here.