Q&A: Marine biologist Elizabeth Linske explains why ‘unnecessary’ plastics are killing ocean animals – and what we can do about it

As a marine biologist in Boston, Elizabeth Linske spent six years rehabilitating marine animals in various states of distress. Human impacts, such as plastic pollution, became a growing concern during her time in this field. She has seen a wide variety of plastic items affect marine animals, from plastic bags to bottle caps to balloons.

These experiences ultimately inspired her to return to school and pursue a policy-driven career path. She is currently enrolled in the Environmental Metrology and Policy graduate program at Georgetown University and recently completed a yearlong internship with Oceana’s science department. During her time with Oceana, she co-authored a report titled “Choked, Strangled, Drowned: The Plastics Crisis Unfolding in Our Oceans,” which reviewed nearly 1,800 cases of plastic consumption and entanglement among marine animals in U.S. waters.

In a recent conversation with Oceana, she spoke about the report’s findings, her firsthand experience with animals affected by plastic pollution, and what we can do to protect marine life from future harm.

Of the report’s findings, which did you find most shocking or concerning?

EL: The most shocking finding from the report was the extent to which manatees are impacted by plastic. There were at least 700 manatees within the last 10 years that had ingested plastic or become entangled in plastic. That is an overwhelming number for a population of animals, especially for the threatened Florida manatee.

Can you describe the first time you witnessed a marine animal that had been injured or killed by single-use plastics?

EL: I first witnessed an animal perish due to plastic ingestion several years ago when I was working as a marine biologist. It was a critically endangered Kemp’s ridley sea turtle that had ingested a balloon and ribbons. The balloon and bundle of ribbons hung from the animal’s mouth, inhibiting its ability to eat, then extended through the animal’s body, through the digestive track, and out its cloaca. This sea turtle was clearly in severe discomfort. Unfortunately, there was little we could do. Overnight, the sea turtle died. As a marine scientist, I felt helpless and angered that an unnecessary piece of manmade plastic took the life of an innocent animal. It inspired me to work on federal environmental policies to help save future animals from anthropogenic stressors. 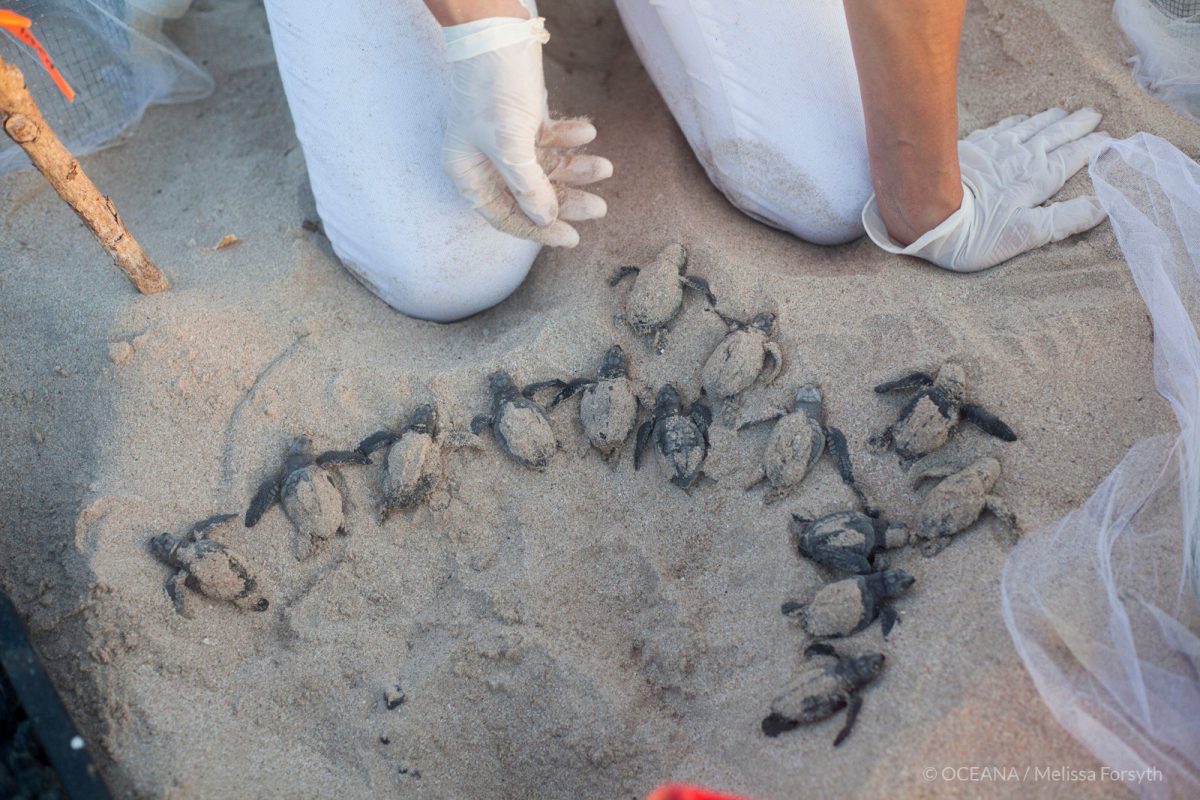 What makes sea turtles so susceptible to plastic ingestion?

EL: Sea turtles have been on the planet for 100 million years and have evolved in a world without plastic. This evolution, leading to the current body structure of sea turtles, also made them highly susceptible to plastic ingestion. In a sea turtle’s esophagus, there are hardened projections which allow prey to easily travel into its stomach, yet make it difficult to regurgitate anything but water. If a sea turtle ingests plastic, it will have to pass through its entire body, unlike other animals which would be able to vomit or spit it out.

Beyond turtles, why do some other marine species eat plastic? 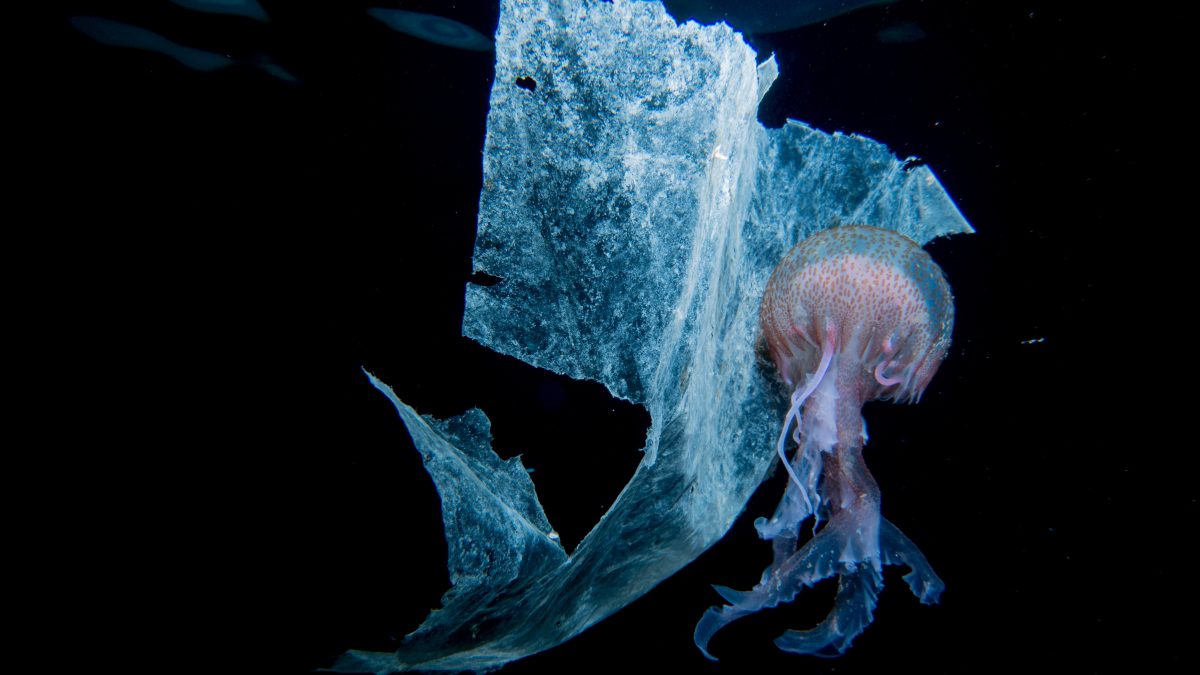 Are there any unknowns regarding how plastic affects the health of marine animals, and if so, what areas would you like to see studied more?

EL: There are many unknowns regarding how exposure to plastic, as a material, affects the health of marine animals. One field of study which I would like to see expanded on is the toxicity of chemicals associated with plastic and how exposure to these chemicals modifies the behavior or health of marine animals. As we discussed in the report, it can take days or weeks for items to move through the digestive system of a sea turtle. If the item moving through the body is plastic, there is the potential for chemicals associated with plastic to be leaching into the animal’s body for that length of time.

What is the connection between the current plastic pollution crisis and climate crisis?

EL: Plastic pollution is directly related to the climate crisis. Plastic production is driven by the fossil fuel industry. A common type of plastic, polyethylene, is created from excess ethane gas resulting from natural gas extraction. Greenhouse gases are created from the extraction of natural gas, the transport process, and the manufacturing of plastic. As more plastic is produced, greenhouse gases and climate warming continue to increase.

A recent study revealed that the U.S. is the world’s top generator of plastic waste, and yet many Americans believe that plastic pollution is solely a “developing country problem.” What do you want readers to take away from this report? 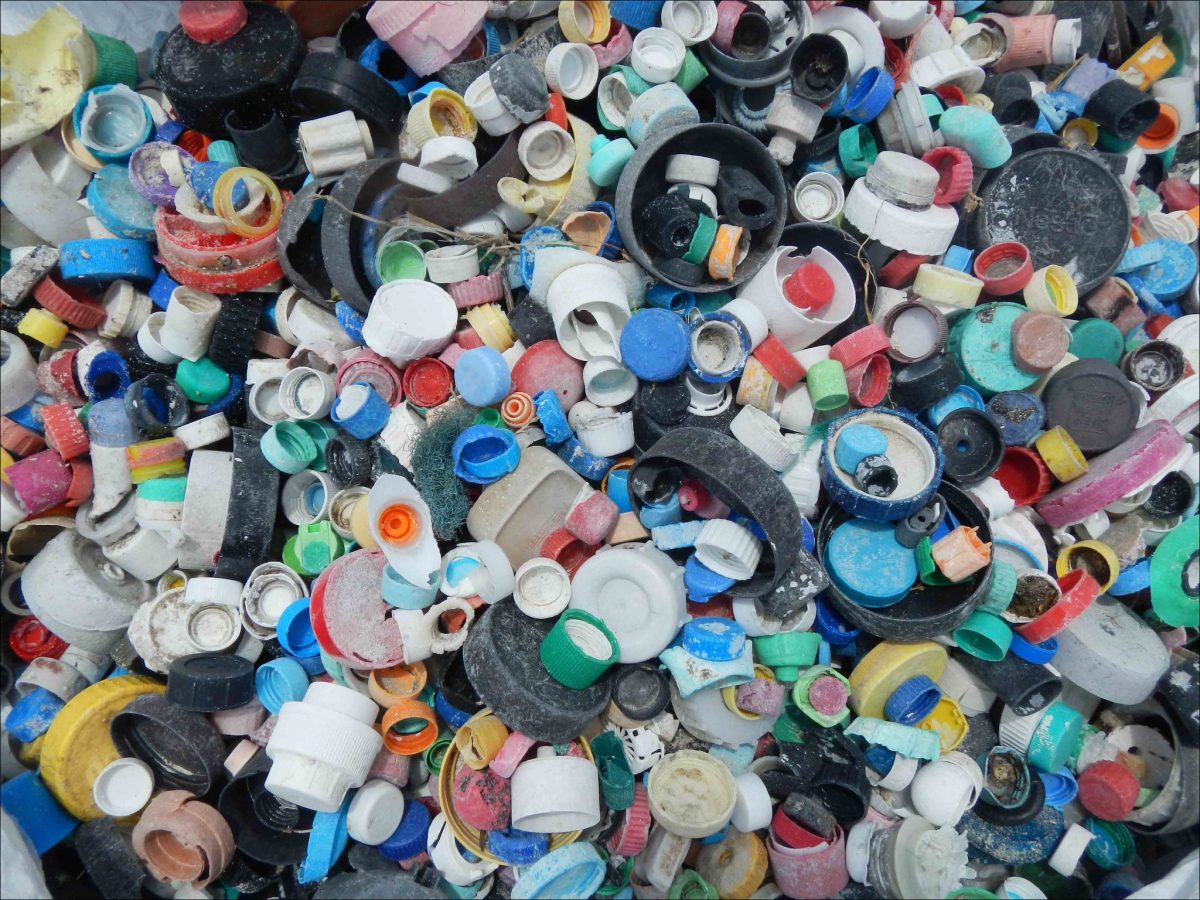 I hope this report demonstrates to people that animals right off our coast are being impacted by common plastic items we use every day. This is not happening on the other side of the globe; it is happening along our beaches. Those plastic bags at the grocery store could end up being ingested by a leatherback sea turtle. Those plastic straws at coffee shops and fast food restaurants could be ingested by a manatee. I hope this report inspires all to start asking for and demanding change.

What should someone do if they see marine life impacted by plastic pollution?

EL: If someone sees a marine animal being affected by plastic, they should call their local stranding organization. These highly trained specialists will guide them on what to do and how they can help. Never approach an animal or push an animal back into the water.

What can we do as a society to prevent animals from ingesting or becoming entangled in single-use plastics?

EL: As a society, we need to make changes at a federal and individual level. We need to call on Congress to implement federal legislation that limits plastic production and offers consumers plastic-free choices. As individuals, we all need to stop and think before we go for the plastic water bottle or the plastic bag, and instead ask for more sustainable, plastic-free choices. These single-use plastic items are an easy, convenient option. However, there is no easy solution to the plastic crisis. We must consider our behaviors and actions in order to protect our oceans.