In almost every way, it looks like a normal tropical reef, with jewel-toned fish and colonies of coral shaped like brains, boulders and café tables. But this reef, over 250 kilometers (150 miles) off the Philippines’ northeast edge, has one missing ingredient: brilliant sunlight. That’s because it grows in the ocean’s permanent “twilight zone” between 30 and 150 meters (100 and 490 feet).

Deep reefs are not only dimmer, they’re also colder. Researchers have long thought that these cool, cobalt depths act as refuges from climate change and other human threats. Now, new discoveries are offering tantalizing clues that these reefs are bigger and more important than we’ve ever suspected.

“The best moment of the expedition was when we were all watching the camera as the robot descended for the first time. On the screen it was just blue, blue, blue — and then all of a sudden we saw the entire bottom covered in this layer cake of coral piled up as far as the eye could see.” 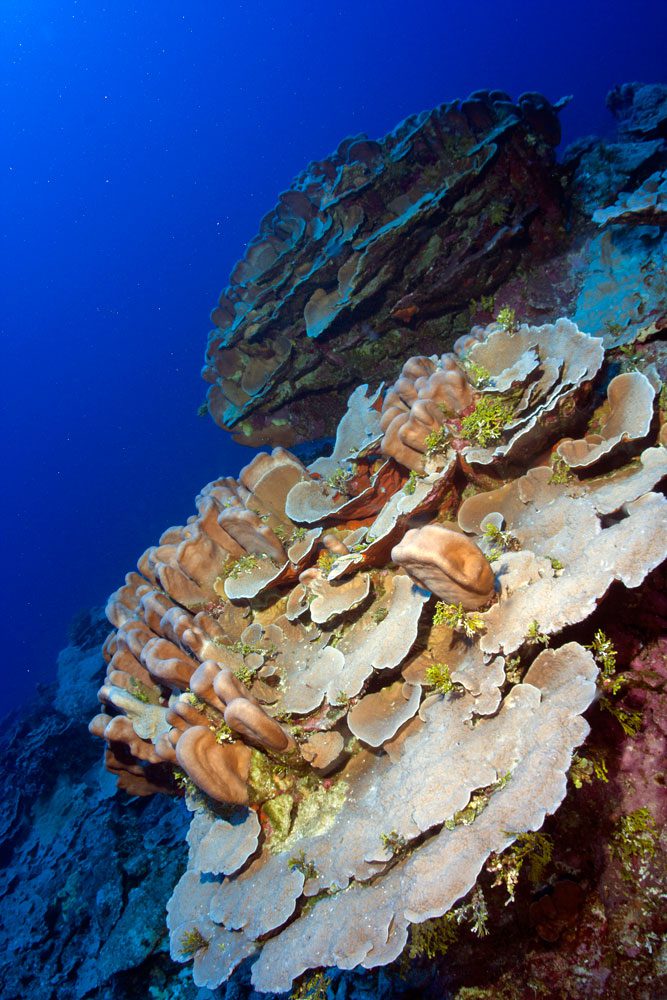 Margot Stiles, Oceana’s chief of strategy, was part of a team of researchers aboard an expedition to the Philippines’ Benham Rise this May. Though GoPro footage from 2014 hinted at vibrant life on this 130,000 square kilometer (50,000 square mile) underwater plateau, the team was still unprepared for what they found.

“Karl, one of our technical divers, came back from a dive and said: Maybe I’ll just hang up my gear for good,” Stiles recounted.  “He said he would never have another dive like that. It was just a primo experience.”

“So that became a running joke for the rest of the expedition – that Karl needs to sell his dive gear.”

Mesophotic reefs, as they’re called — ‘meso’ for ‘middle,’ and ‘photic’ for ‘light’ — have been known since at least 1889, when Charles Darwin dredged up coral specimens from a depth of 128 meters (420 feet). But these half-light reefs thrive below the depth limits for standard scuba gear. Only in recent years have remotely operated vehicles and specialized diving equipment made it safe for researchers to peer into the deep.

The discovery of the vigorous coral seascape on Benham Bank, the shallowest stretch of Benham Rise, underscores how little we know about these ecosystems. With a few exceptions, most deep reefs are unexplored. Their size, distribution, health and species richness are essentially unknown.

“In some cases, more of the reef is actually mesophotic than shallow,” said Tyler Smith, a coral ecologist at the University of the Virgin Islands. Given how meticulously documented near-shore reefs are in the Bahamas, it was “a surprise” to find that the most visible part was only the tip of the iceberg.

There are some certainties. We know these areas are rich fishing zones, and can host unique species found nowhere else. But the biggest hope is that deep reefs can act like natural seed vaults, “storing” fish, corals and other species if and when disaster strikes their shallow-living siblings.

And a disaster is exactly what reefs from India to Hawaii are in the middle of right now.

A light in the deep

A wave of coral deaths that charged across the globe this winter has left scientists stunned by its scale and severity. According to the United States’ National Oceanic and Atmospheric Administration, this “unprecedented” rash of heat-triggered mortality is now the worst on record.

In a matter of months, the one-two punch of climate change and El Niño roasted vast swaths of reef across the Indian Ocean, South Pacific and Caribbean. Corals have a hard upper limit on their comfort zone. If water temperatures stay hot enough for long enough, they expel their symbiotic algae and turn ghostly white, a process called bleaching. If ocean conditions do not return to normal within a month or two, the corals die.

Australia’s iconic Great Barrier Reef might be ground zero for this disaster. As of April, 93 percent of the reef had bleached, and close to a quarter had died. In some areas, as much as 90 percent of corals are expected to perish — even on remote, pristine reefs thought to be more resilient than their degraded counterparts.

But even in the epicenter of disaster, deep reefs are doing better. “My preliminary observations were that bleaching was much worse in shallower depths,” said Thomas Bridge, a research fellow at James Cook University. “While there was some bleaching below 25 to 30 meters (80 to 100 feet) it was much patchier and generally only on the most vulnerable corals.”

This is not an isolated occurrence. A global analysis published in June found 15 “bright spots” where reefs are doing better than expected. According to the report’s authors, these reefs share two general characteristics: First, they benefit from strong social institutions like traditional fishing taboos. And second, they are close to deep water.

Reefs in the twilight zone tend to be more isolated from human harms like overfishing and pollution. The ocean’s depths also insulate corals from storm surges that can smash shallow reefs to rubble.

“A lot of these reefs are doing really well,” Smith said. “People have witnessed so much degradation on shallow reefs. It’s refreshing to go there and see a place that looks like it did 30 or 100 years ago.”

A leg to stand on

Are mesophotic reefs a cure-all for the world’s ailing coral? Not so fast, Smith cautioned. He and a team of researchers studied deep reefs around the Virgin Islands before and after two extreme heat waves, one in 2005 and the other in 2010.

A rude surprise awaited them: In terms of bleaching, the twilight reefs were actually worse off than their shallow cousins. 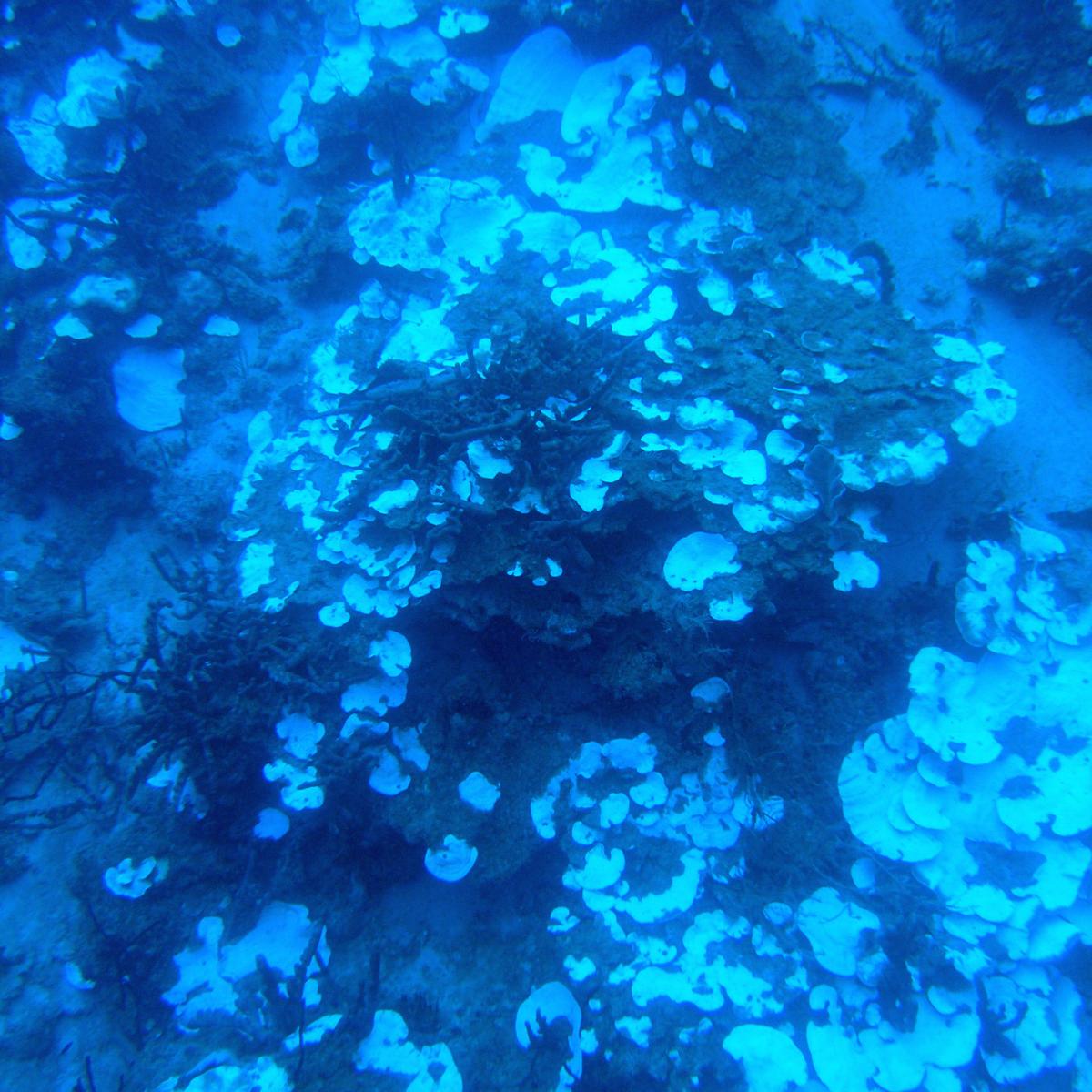 Because corals acclimate to their local conditions, colonies that grow near the surface “learn” to tough out a wider range of temperatures.  Deep corals, which are often coddled by more predictable conditions, have a lower resistance to bleaching — about a quarter of a degree Celsius less for every 10 meters (32 feet).

In terms of mesophotic reefs and climate change, Smith said, “the Caribbean doesn’t look like a great place.”

But on the Great Barrier Reef, Bridge found the opposite pattern. The deeper he dove, the more coral had survived. Bridge explained that this was likely due to a lucky mix of geography, currents and whether the water was cloudy or clear. But, he added, “We don’t really know why yet. It’s a very complicated story.”

As shallow reefs flag, interest in the twilight zone is growing. In 2013, a group of scientists issued a call to protect all reefs, with a special eye to those in the mesophotic zone. This year, a comprehensive United Nations report urged action to understand and protect these habitats.

Working with Oceana, the Philippines government is taking steps to protect Benham Rise’s delicate corals from boat anchors and bottom trawls. It also plans to produce a framework for the sustainable use and management of this area.

As vibrant as Benham’s reefs and others like it are, Stiles warned that we can’t treat them as back-up copies for their shallow relatives. Though interconnected, each ecosystem hosts its own suite of species and habitat types. “It’s like saying, I don’t need this leg, because I have another one,” Stiles said. “Really, you want to have both.”

Smith had his own take on the future of reefs, both deep and shallow. Though he conceded that his work in the Caribbean is sometimes “depressing,” his outlook was optimistic. “Coral reefs have all the skills they need to survive in these environments,” he said. “They really want to be here. I don’t think it’s too late.” 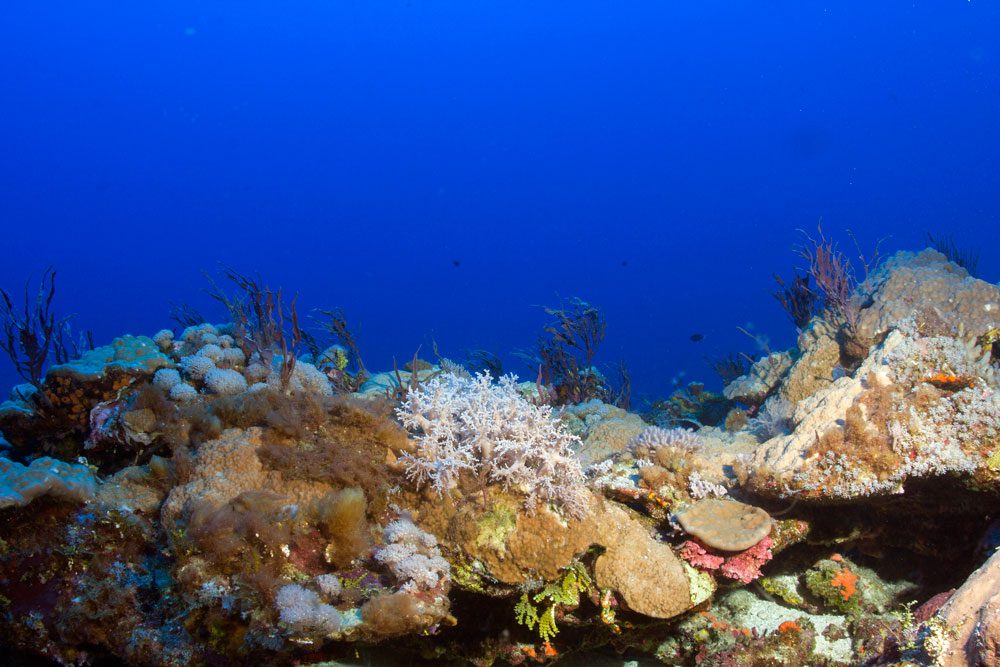