Women Are a Major but Overlooked Part of Fishing Economies, New Report Finds

Vietnamese fisherwomen process the day's catch on the shoreline of the fishing harbor. Women play a vital role in fisheries around the world, but much still needs to be done to identify gender gaps and develop policy measures to close them.
Karasev Victor/ Shutterstock

Women represent nearly half of the global fisheries workforce, yet their contributions to the industry remain about as visible — particularly to researchers and policymakers — as the buried clams they dig up from the seabed’s muddy bottom. 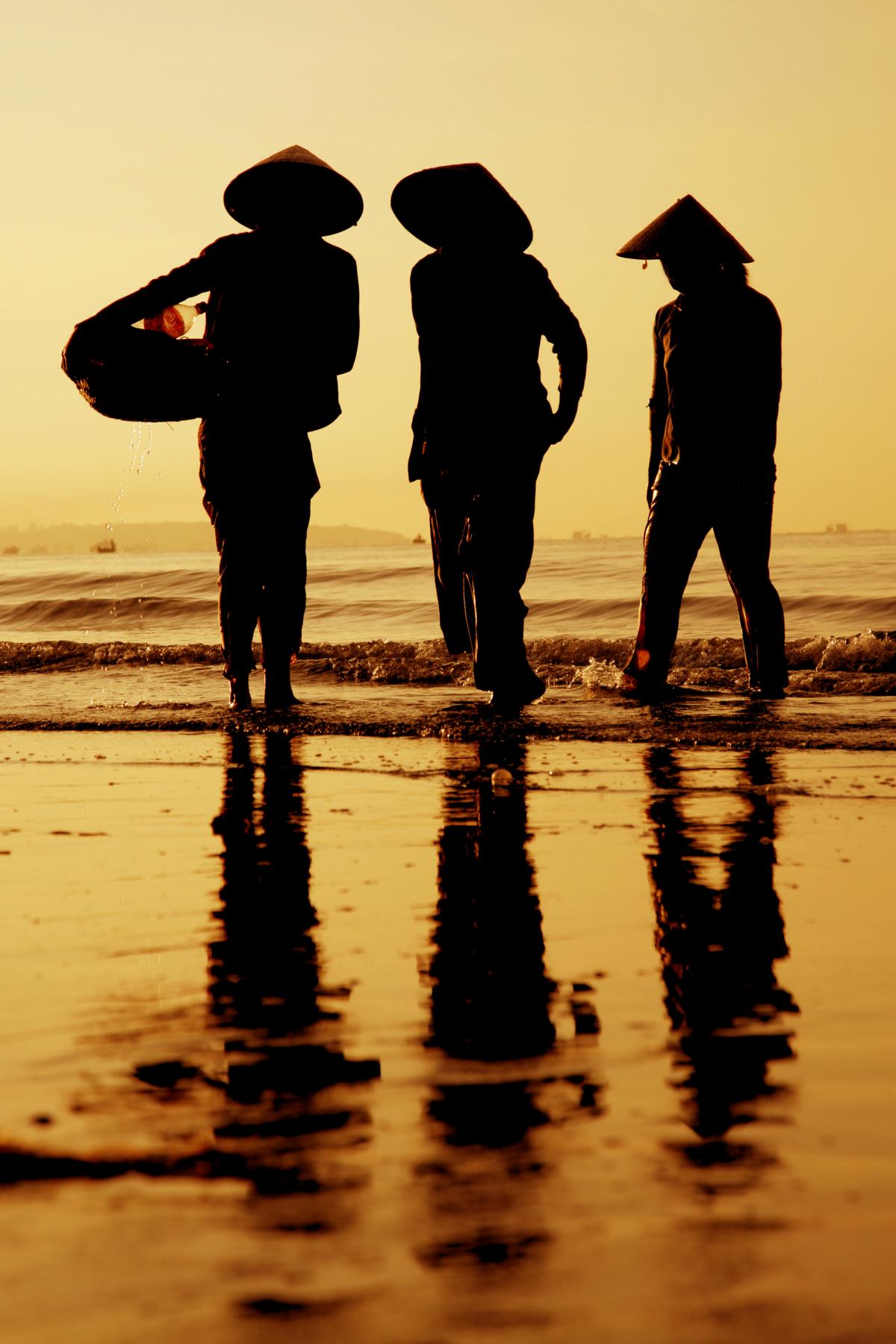 A team of researchers recently published their findings on women’s contributions to fisheries economies after examining the five globally significant marine fishing countries of Mexico, Peru, Senegal, South Africa and Vietnam. They found that current, quantitative information on women’s fishing activities was “very limited” for all these countries — with the exception of Peru — and therefore a major impediment to developing gender-sensitive policies and programs.

“Fishing activities of women and children, such as gleaning — the shoreline collection of invertebrates and small fish — have been overlooked, as they were not considered fishing,” said Sarah Harper, the lead author of the study and a fisheries researcher at the University of British Columbia. For this and other reasons, it was long assumed that only men fish in any appreciable capacity.

Shedding light on the lack of recognition of women’s roles in fisheries is not new. According to the study, however, the ways in which it’s being done is evolving. What was once focused primarily on qualitative descriptions is now shifting and expanding to also “quantify contributions by women in terms of total catch, value to the economy, household food, income and nutritional security and employment,” the researchers noted.

Making this pivot from qualitative to quantitative accounts and measurements — from gender-blind to gender-specific data gathering and analysis — is not just important for ensuring the equal rights of women in fisheries. It is also critical to understanding the ecological impacts of fishing and developing responsible management plans for global fisheries, which, according to the World Bank, forego more than $80 billion each year from overfishing.

“By not considering or including these activities in assessments of fishing pressure, we can underestimate the overall ecological impact of the fisheries sector,” Harper said. But increased decision-making involvement from women, who carry vast knowledge and experience as gleaners, processors and traders, can improve management outcomes and initiatives. 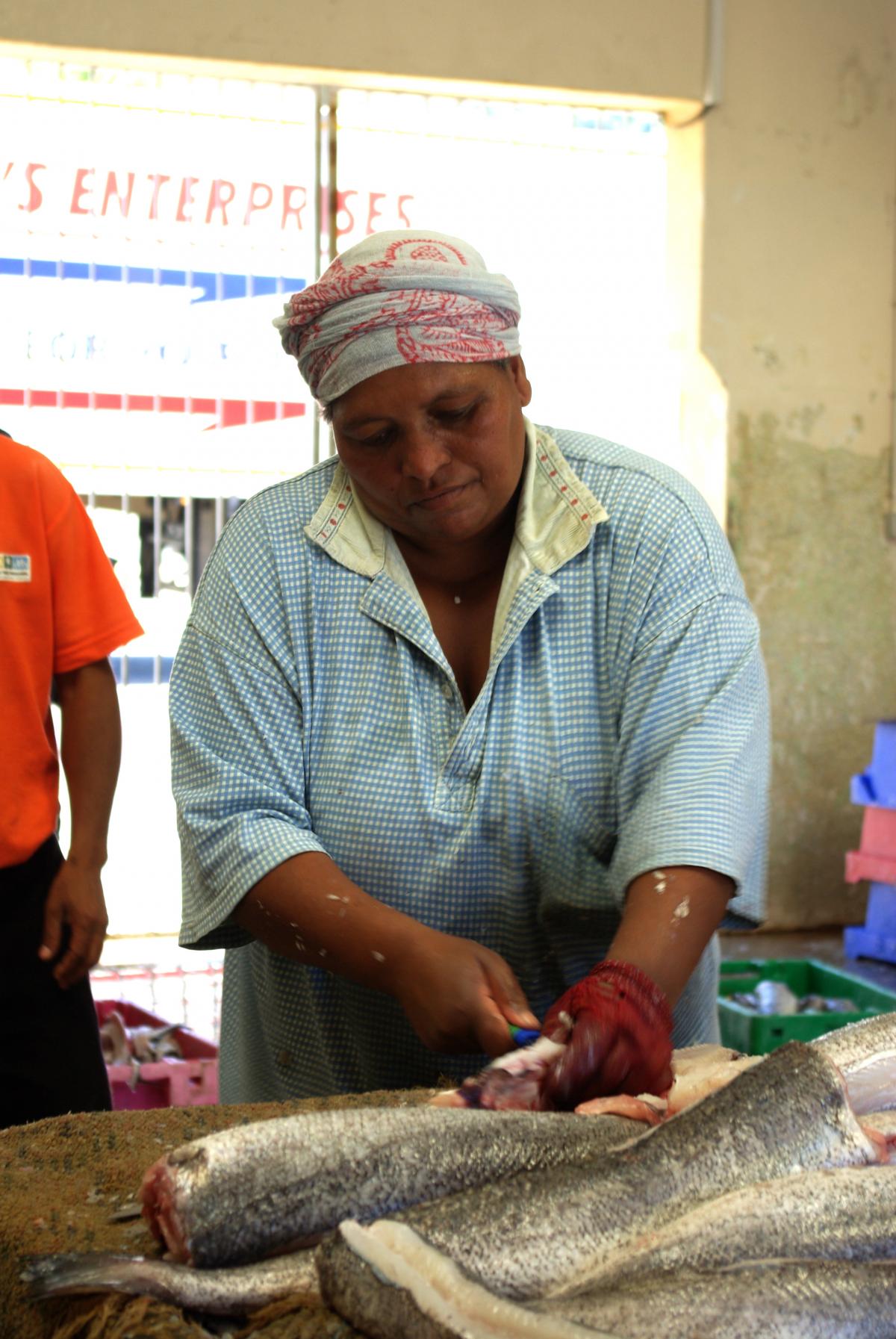 Traditionally, fishing has maintained a narrow definition, including only those who go out to sea to catch fish from a vessel, using specialized gears, for commercial purposes. This focus on direct, formal and paid fishing activities — all of which are overwhelmingly dominated by men — perpetuates the overlooking and undervaluing of women throughout small-scale fisheries and excludes them from having a seat at the policy and decision-making table.

Within small-scale fisheries, however, women play a “critical role in every link of the value chain,” from production and processing to marketing and trade, according to the U.N.’s Food and Agriculture Organization. Subsistence fisherwomen, Harper explained, are often the foundation of food security in some of the world’s poorest communities, serving as primary caregivers who provide their families with dependable, healthy protein when other food sources prove unreliable. Additionally, Harper noted, they are also expected to “maintain the household and keep communities and families together while men are out at sea.”

The limited definition of what it means to be a fisher, combined with women’s work in this sector being typically unpaid, informal, part-time or “simply considered an extension of the women’s household responsibilities,” leaves women playing a role that is both vital but invisible to the world’s fisheries workforce.

Ending overfishing presents clear benefits for the women who depend on the sea for income and food. But rebuilding fisheries can benefit women in a way that previously hasn’t been recognized, said Oceana scientist Margot Stiles, who also contributed to Harper’s study. When natural resources are managed responsibly, there is “more resilience in the community and more options for people to be independent and to earn their own living — particularly for small-scale artisanal fishing women,” she said.

But before policymakers can tackle gender inequalities or scientists can contribute to more equitable and sustainable fisheries, the first step to closing any gaps — whether related to gender equality or sufficient data — is identifying all those involved.

“If we have greater transparency and a better sense of who’s holding the permits and who the participants in the fisheries are, then it would be more feasible to design policies that are gender-aware, that are addressing all the needs that may come for the wide range of fishers — both men and women,” Stiles said.