‘Hidden hunger,’ caused by a lack of micronutrients, affects billions around the world. Could a viable solution be lying just below the ocean surface?

There’s an old proverb in Bangladesh: Mache bhate bangali, meaning “fish and rice are what make a Bengali.” With most of the country’s population nestled inside a river delta, and with the southern border overlooking the Bay of Bengal, it is no wonder that Bangladesh is the third largest inland fishing nation and 24th largest marine fishing nation by catch weight. In this country of more than 163 million, fish accounts for more than half of people’s animal protein intake.

Protein is only part of the picture, though. Fish is also rich in omega-3 fatty acids and a variety of micronutrients that are essential to human health, particularly in pregnant women and children. Despite improvements in recent years, more than a quarter of Bangladeshi children under 5 still experienced stunting, or impaired growth and development, in 2019.

Small, locally available fish could improve the health of children in Bangladesh, according to a 2015 study led by Dr. Jessica Bogard, who is now a nutrition systems scientist with the Agriculture and Food branch of Australia’s national research agency.

A savory, rice-based porridge made from local fish, orange sweet potatoes, and soybean oil could provide more than 60% of the vitamin A and zinc that children under 2 need each day, helping to stave off stunting during a critical development period in their lives. And this study is just one example of the potentially life-saving nutrients fish can provide to countless people around the world.

“Fish is a micronutrient powerhouse that tackles ‘hidden hunger,’ which is when you might have enough calories to eat but don’t get the vitamins and minerals you need to be healthy,” said Oceana’s Chief Scientist Dr. Katie Matthews.

“More than 2 billion people suffer from micronutrient deficiency worldwide, and those deficiencies, when manifested in moms and their kids, look like maternal mortality, childhood stunting, blindness, birth defects, and compromised brain and immune function.”

The challenge is ensuring that fish are abundant and accessible to the populations that need them most. Oceana is now identifying countries where improved fisheries management could yield more fish for local communities facing micronutrient deficiencies. This is part of Oceana’s “Save the Oceans, Feed the World” campaign, which works to increase marine abundance so that the oceans can feed 1 billion people a healthy seafood food meal, every day, forever. 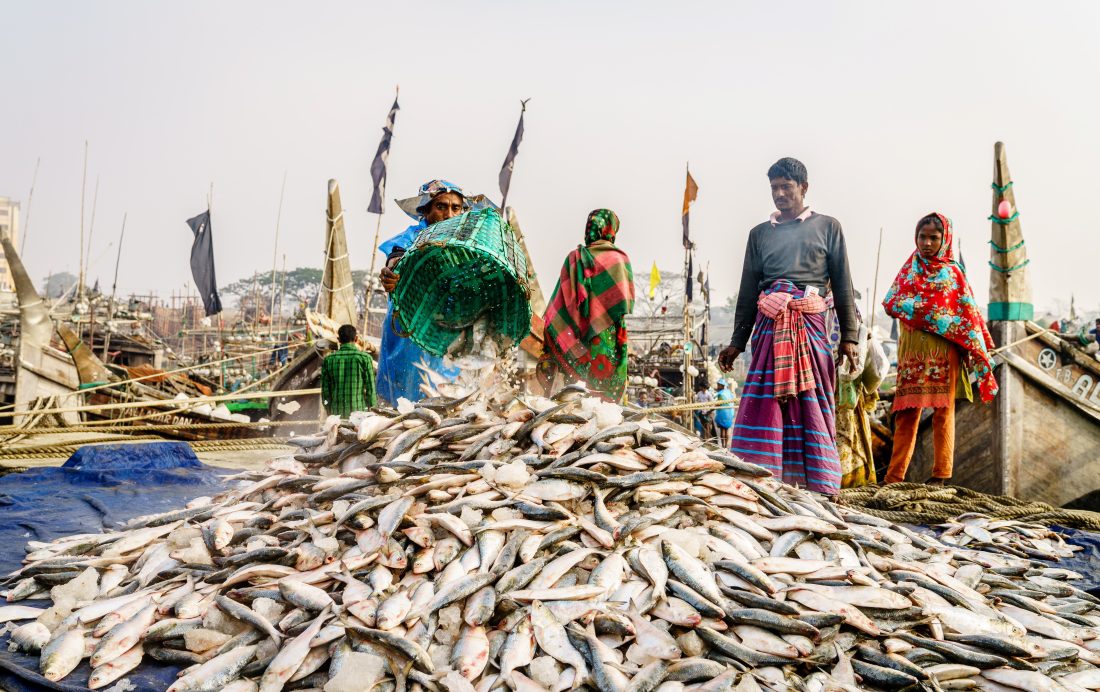 Eight years ago, when Oceana CEO Andrew Sharpless published The Perfect Protein, a book about the benefits of eating fish, the links between seafood and nutrition were seldom addressed at international forums on hunger and food security. For the most part, discussions centered around agriculture and livestock. Fish was an afterthought – and wild-caught seafood even more so.

That conversation is starting to shift. A Blue Food Assessment examining the role of aquatic foods and their nutritional value will be part of a United Nations Food Systems Summit this year. Another report on ocean solutions, published by the High Level Panel for a Sustainable Ocean Economy last December, concluded that rebuilding fish stocks and expanding non-fed aquaculture could significantly reduce malnutrition. Recent studies have also analyzed the nutritional content of various fish, confirming that many species are full of omega-3 fatty acids, vitamin D, vitamin B12, iron, zinc, and other micronutrients.

Some types of omega-3 fatty acids can only be found in egg yolks and marine foods, like seafood and algae. Despite being limited to just a couple categories of foods, they are vital for fetal development – especially the growth of a baby’s brain and eyes – and they also support the health of mothers.

Globally, nearly one in five pregnant women has anemia from an iron deficiency, and one in three is vitamin-A deficient. If overfishing continues to deplete fish populations, it will further deprive women and children of a healthy, nutrient-dense meal.

“Imagine a world where children and pregnant women cannot access the omega-3s that are the building blocks for healthy brain and body development,” Sharpless wrote in The Perfect Protein. “As fish become scarcer, they will become more dear, too, leaving the neediest families in poor countries even more nutritionally disadvantaged, broadening the gulf between the haves and have-nots.”

Fortunately, we can reverse course by enacting policies that allow collapsed fisheries to rebound. This has been, and will continue to be, a key component of Oceana’s campaigns around the world. 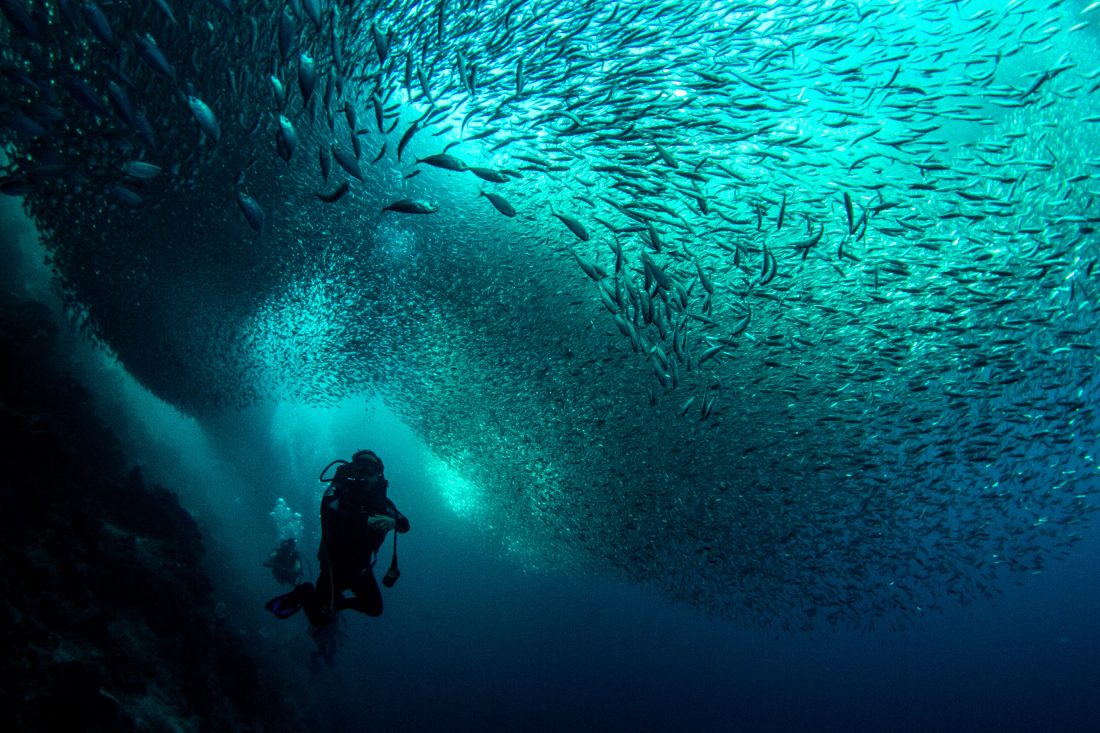 For evidence of a fishery policy that has the potential to protect livelihoods and improve nutrition, look no further than Oceana’s campaign to manage sardines more effectively in the Philippines. At a cost of roughly 40 U.S. cents per can, the humble sardine is one of the cheapest sources of protein available to Filipinos. They are popular in local cuisine, too. One dish called ginisang sardinas is prepared by simmering sardines in a spicy tomato sauce.

Because sardines are nutritious and have a long shelf life when processed, they have become a staple food in the care packages handed out to Filipinos during the COVID-19 pandemic and subsequent shutdowns. Though diminutive in size, these skinny, silvery fish are packed with nutrients and omega-3 fatty acids that can reduce the risk of heart disease, blood clots, and other ailments. This is especially important when you consider that more than 100 million Filipinos are nutritionally dependent on fish. Sardines also provide thousands of jobs – not just to small-scale fishers, but also to those who dry, smoke, can, and bottle the fish for mass distribution.

Some protections for sardines, like seasonal fishing closures that allow stocks to recover, already exist in certain parts of the Philippines. But in a country where roughly three-quarters of the fishing grounds are already overfished, these measures didn’t go far enough to prevent sardines from suffering the same fate. Following campaigning by Oceana, the Philippines formalized its first-ever National Sardine Management Plan last year. Oceana is now pushing for this plan to be put into action, which would prevent juvenile sardines from being caught prematurely and enforce other science-based processes designed to protect sardines for many years to come.

When fish flourish, they also nourish 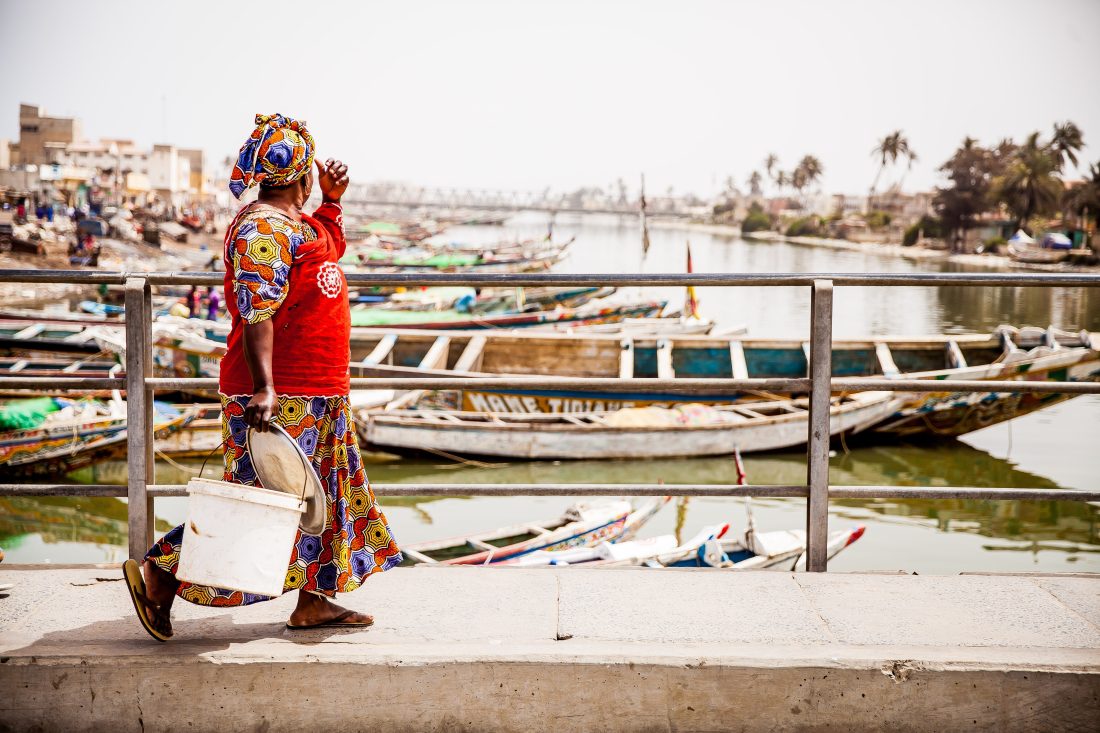 In many African countries, marine fisheries are severely depleted, with some estimates showing that 40-60% of stocks are overfished. This is on a continent where moderate to severe food insecurity affected over half the population in 2019, and the prevalence of childhood stunting was nearly 30%.

Imagine what could be accomplished if overexploited fisheries are rebuilt in places where vulnerable populations depend on seafood for vital micronutrients. Rebuilding plans are the single most significant way to allow overfished populations to recover, according to new research that reviewed hundreds of fish stocks.

There are plenty of good ecological reasons to rebuild fisheries – like helping to restore food webs and strengthen resilience in the face of climate change – but it’s equally important to prevent declines from happening in the first place. In doing so, we can preserve seafood resources for those who get a large share of their micronutrients from the ocean.

Oceana is currently investigating the intersection of fish and food security in Africa and Southeast Asia, as well as in countries where it currently has campaign teams, according to Oceana’s chief scientist.

“We can take Oceana’s campaign experience with ‘Save the Oceans, Feed the World’ and apply it where it matters most – to those fisheries that are fundamental to the livelihoods and well-being of thousands of coastal communities around the world,” Matthews said. “Many of these fisheries are being threatened by rampant overfishing, often by unscrupulous actors in the global supply chain.”

Success will hinge on engaging food-insecure populations in this process. Too often, the people who stand the most to lose or gain from national-level policies are excluded from the very decision-making processes that affect them. Small-scale fishers and coastal communities often know best how to manage the fish stocks they depend on. By supporting them, we can help ensure a sustainable and nutritious food source remains viable for generations to come.