Starved for Salmon, a Unique Clan of Orcas is Slipping towards Extinction

The Salish Sea’s resident killer whales are as central to the Pacific Northwest’s culture as salmon are to its cuisine. For thousands of years, the salmon have filled our bellies while the whales —10-ton torpedoes piloted by playful, cunning, compassionate minds — have fueled our dreams. But with wild salmon at a fraction of their historic numbers, we’re in danger of losing the ‘Southern Residents’ for good.

Killer whales are divided along family lines that have their own languages, social behavior and hunting styles. Some ‘offshore’ clans specialize in hunting sharks, and have teeth sandpapered down to nubs to prove it. The ‘transient’ groups dine on seals and other whales. Resident whales eat fish.

The 83 remaining members of the Southern Resident group are fiends for one species of fish — Chinook salmon. According to Deborah Giles, the research director of the Center for Whale Research, 80 percent or more of the whales’ diet comes from these fish alone. 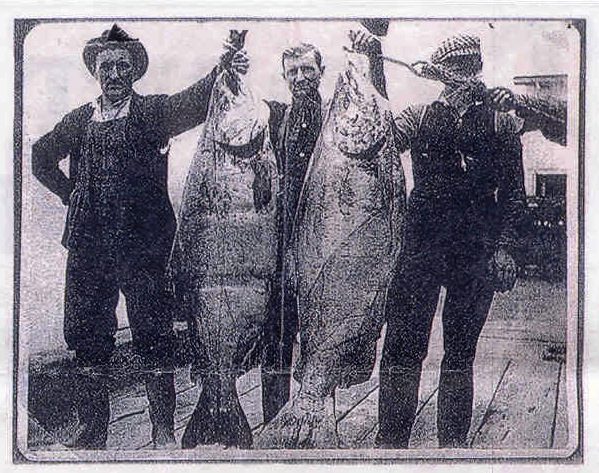 Resident orcas have been genetically isolated from their mammal-eating relatives for 300,000 to 700,000 years. Until European colonizers arrived, their laser focus on Chinook was an adaptive jackpot. Modern Chinook average 13 or 18 kilograms (30 or 40 pounds) at maturity. In better times, their ancestors could weigh up to 61 kilograms (135 pounds) and grow five feet long.

Compared to Chinook, other salmon are less-fatty featherweights. The average weight for Coho is 4 kilograms (8 pounds). For Chum, it’s 4 to 8 kilograms (8 to 15 pounds). Southern Residents can and do hunt these fish, but they don’t offer much reward for the effort it takes to catch them.

Southern Residents can search as far as California or British Columbia for their favored prey. In the summer, they feed on Chinook that converge in Puget Sound and the Salish Sea. In winter and early spring, they often head to the mouth of the Columbia River.

There, they gorge on Chinook “loaded with super amounts of protein and fat,” said Bert Bowler, a former Idaho Fish and Wildlife biologist. “It’s how the orcas, no doubt, really thrive.”

Chinook that spawn in the Columbia River Basin are at just 5 to 10 percent of their historic numbers. All Chinook populations are either threatened or endangered. Overall, 10 to 16 million salmon of all species once passed through the mouth of the Columbia River every year. In 2016, official tallied only about 2 million.

Once, four or so of the biggest, fattest Chinook could have comfortably fed a 10,000 kilogram (22,000 pound) male orca for a day. “Now,” said Deborah Giles, the research director of the Center for Whale Research, “these whales have to work harder to find fewer, lower quality fish.” 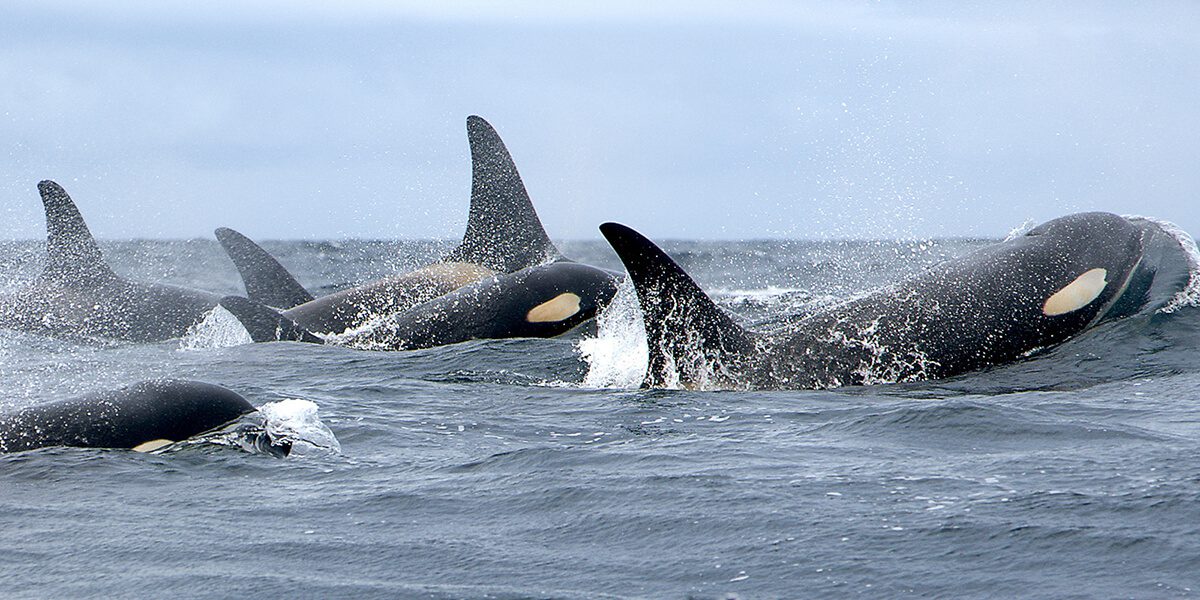 As salmon wither, the orcas do too. In recent years, for every one calf born to the three Southern Resident pods, two whales have died. This unique cetacean society is on the razor’s edge of extinction.

To trained eyes, Southern Residents appear emaciated — rather than a robust bullet shape, many sport “peanut heads” from shrunken fat deposits.  And they die in weird and worrying ways. Sam Wasser, a biologist at the University of Washington, found that nearly 65 percent of all Southern Resident pregnancies end in spontaneous abortion. A further 50 percent of calves die soon after birth.

The sickly calves can take their mothers with them. Rhapsody, or J32, a lively female who had been orphaned as a young calf, washed up dead at the age of 18. A necropsy revealed that she was malnourished, and had likely picked up a fatal infection from carrying a lifeless fetus.

Even whales in their prime can fade swiftly. L57, a massive male that Giles described as “the Clint Eastwood of killer whales” died in 2008 at the age of 31. Giles suspects that L57 was a victim of his own success — it takes a lot of Chinook to maintain such an enormous presence.

Starvation compounds every other threat the Southern Residents face. The din of ship noise and navy sonar can drown out echolocation and communication. Persistent toxins like flame retardants, PCBs and DDT — banned in 1972 in the United States but still pervasive in the ocean — work their way from polluted water into fish, and then into whales. 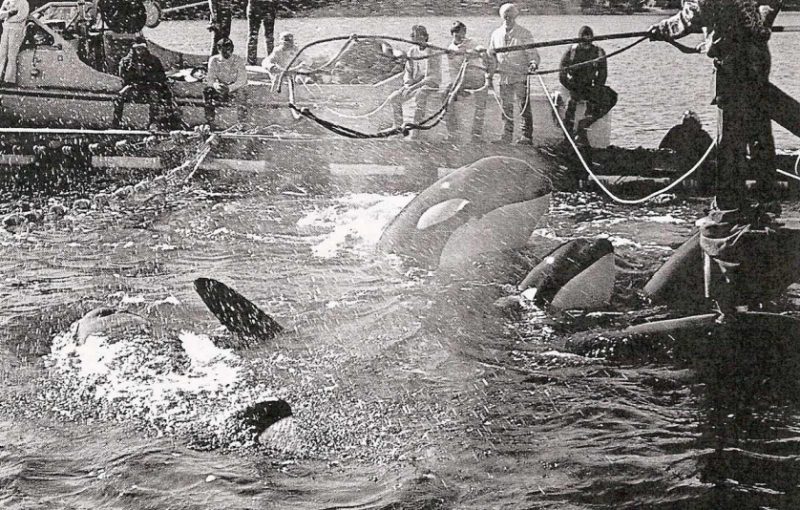 These compounds are particularly dangerous because they’re fat-soluble. When a whale loses a lot of weight in a short time — when she goes hungry, for instance, or when she suckles a calf on fat-rich milk — the stored chemicals are released. In humans, these toxins have been linked to reproductive disorders, low birth weight, low IQ and cancer.

But, Giles explained, other groups of orcas in similar circumstances are thriving. “There are mammal eating killer whales that occur in the same water as the Southern Residents, but their populations are increasing,” said Giles. “And technically, they’re more toxic.”

The Northern Resident population, which ranges from Vancouver to Alaska, has 290 individuals and has been growing at a rate of 2.2 percent per year since 1974. They’re similar in many ways to their southern relatives — except they get plenty of Chinook.

“I’m hopeful that the whales could have a turnaround,” Giles said. “But we need to be making some serious changes in our policies. The problem for this particular population is that we don’t have time.”

Up next: Why salmon have waned, and what we can do to bring them back.